The stop in Barcelona Spain would be overnight as Barcelona is a ending and beginning point for the cruise ship vacations. So people would be getting off the ship, and new guests would be getting on the Holland America cruise ship Westerdam for the next 12 day leg of the cruise. To be honest I didn’t know much about Barcelona, such as it’s the 6th largest metropolitan area in the European Union behind Paris, London, the Ruhr, Madrid and Milan with an estimated population of more the 5.5 million people. I was also unaware that the most famous church in the city is still under construction and has been so for over 137 years, while the 2nd most famous church in the city was built over 700 years ago. I’ve included photos of both churches in this post.

A wonderful sunrise greeted us on the first of two days in Barcelona. 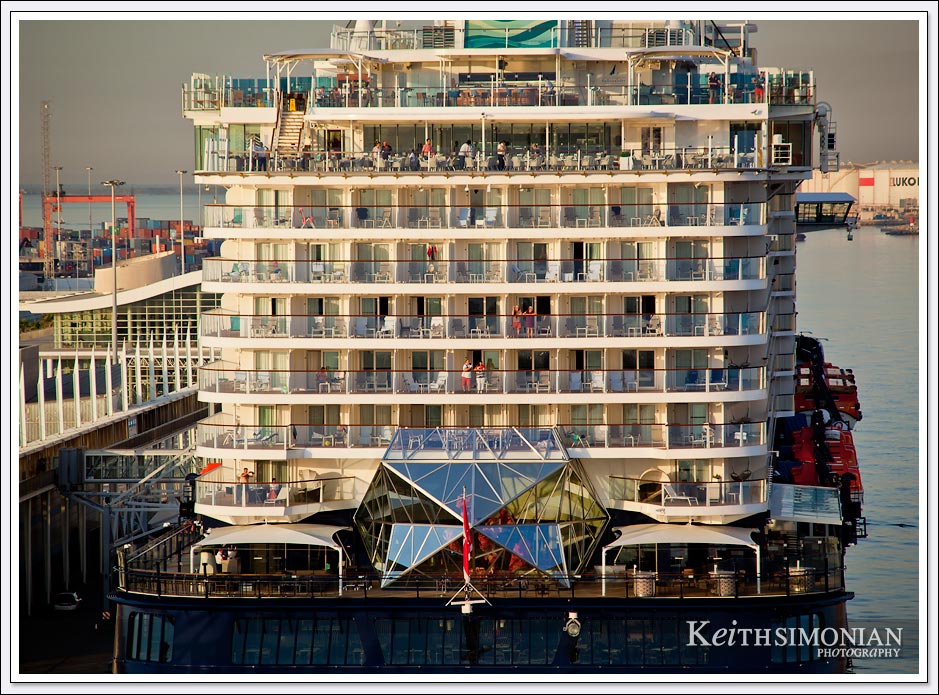 The cruise liner Tui Mein Schiff 5 was docked behind us in the busy port of Barcelona Spain. 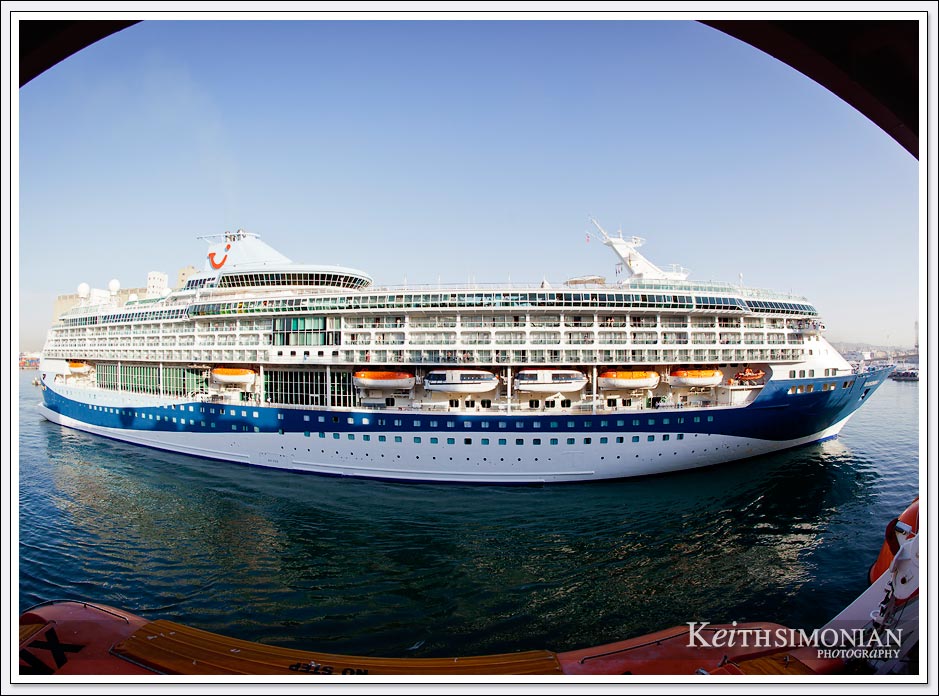 A fisheye lens was required to capture the Marella Discovery 2 from our deck as the ship passed by us in the harbor. 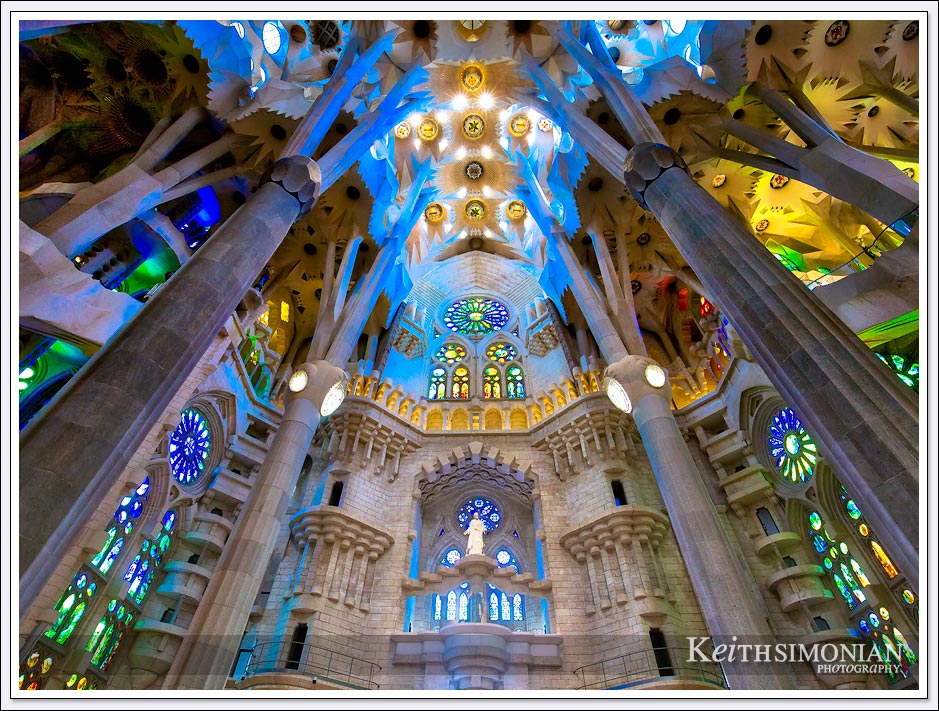 The multi colored ceiling of the La Sagrada Familia which attracts a great many visitors. 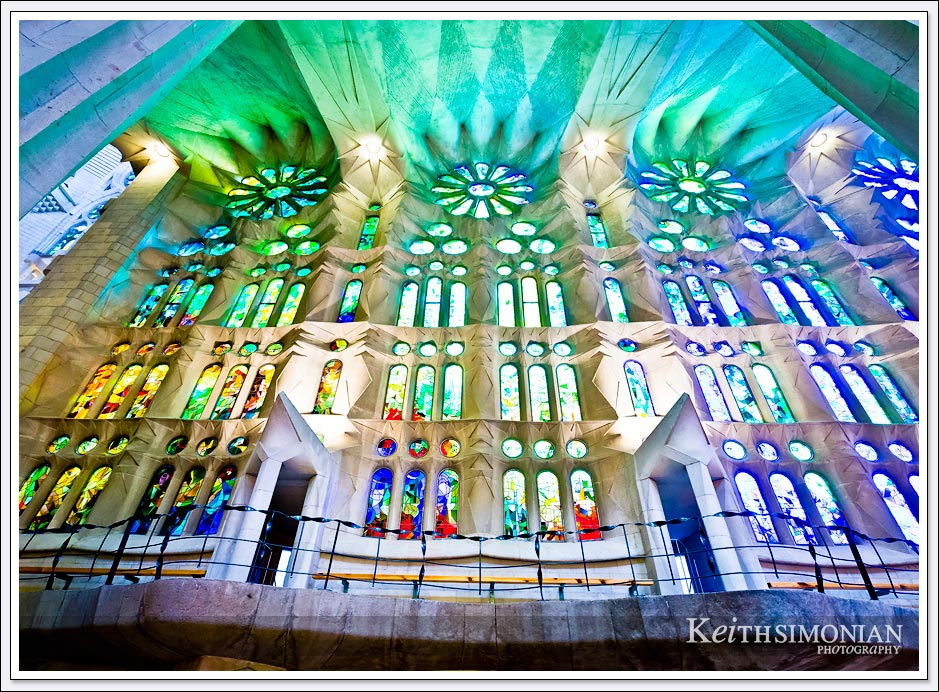 Light steaming though the many stained glass windows of the La Sagrada Familia. 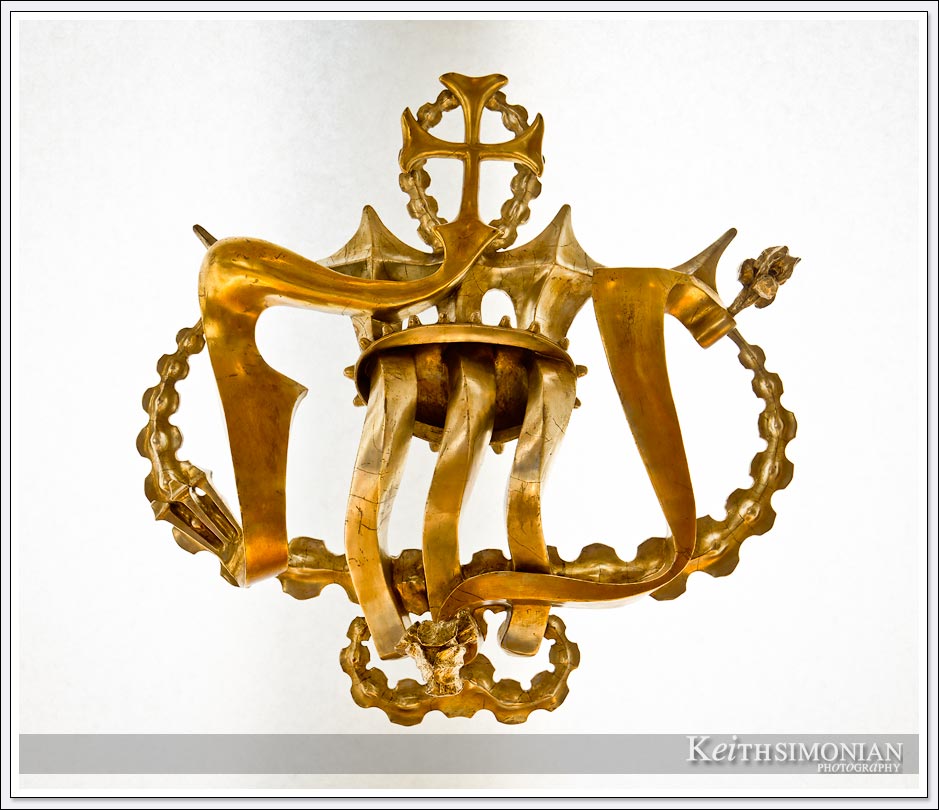 This was on display at the La Sagrada Familia. 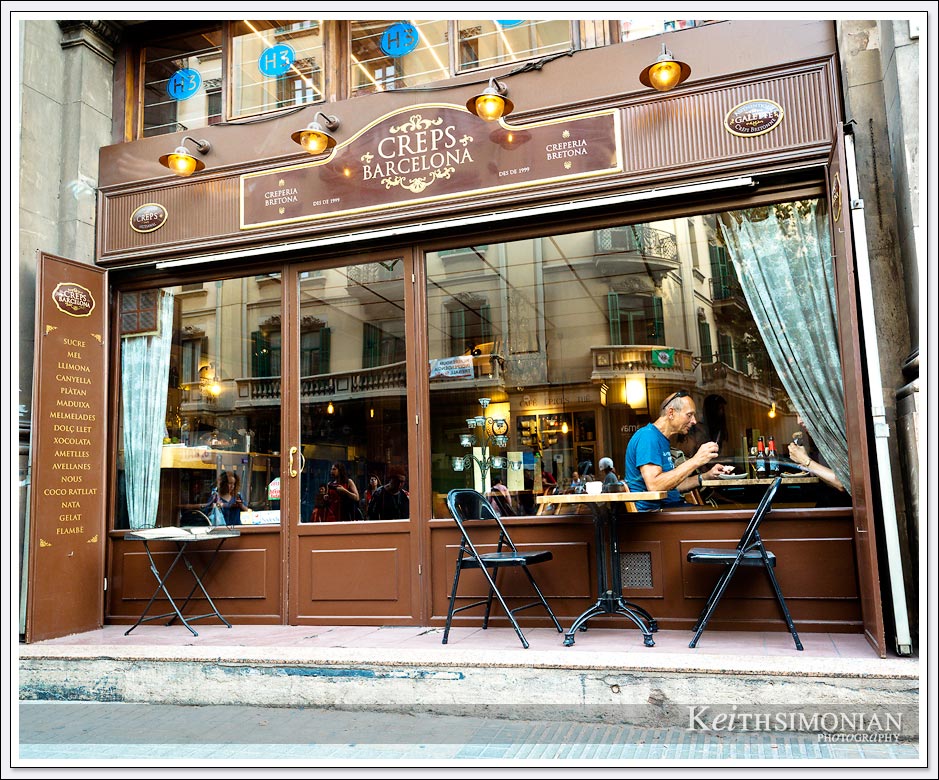 When I want creps in Barcelona, this is the spot I choose. 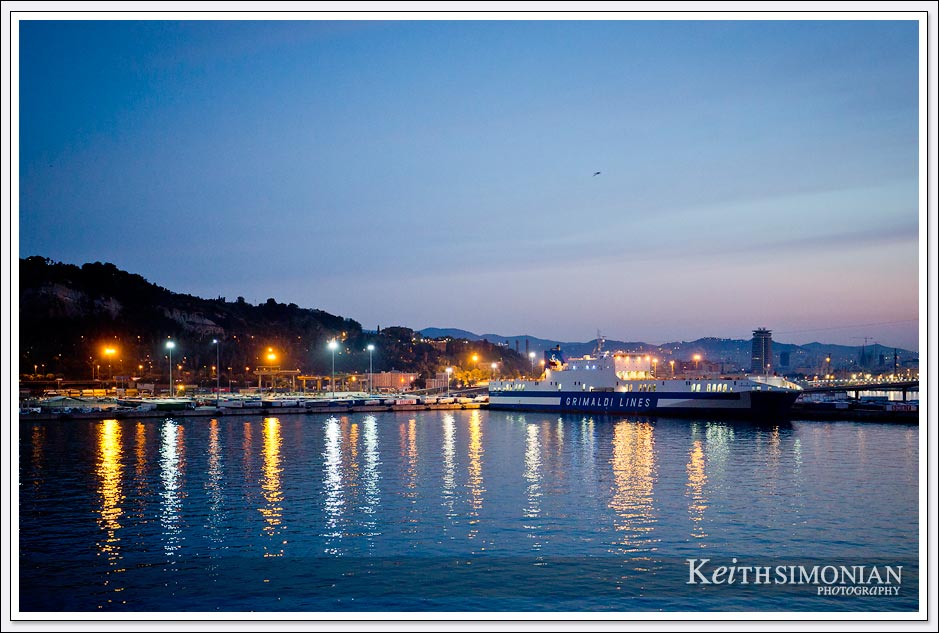 Just before the sun rises the pier lights reflect on the ocean as a Grimaldi Lines ferry sits docked at the harbor. 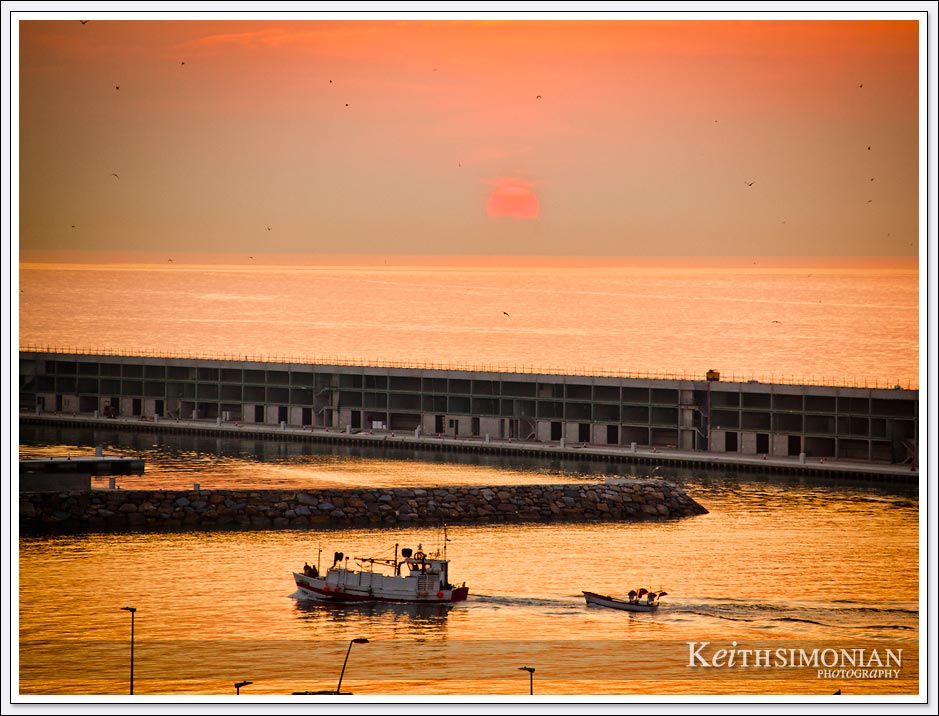 A fishing boat return to harbor just as the sun rises over Barcelona, Spain 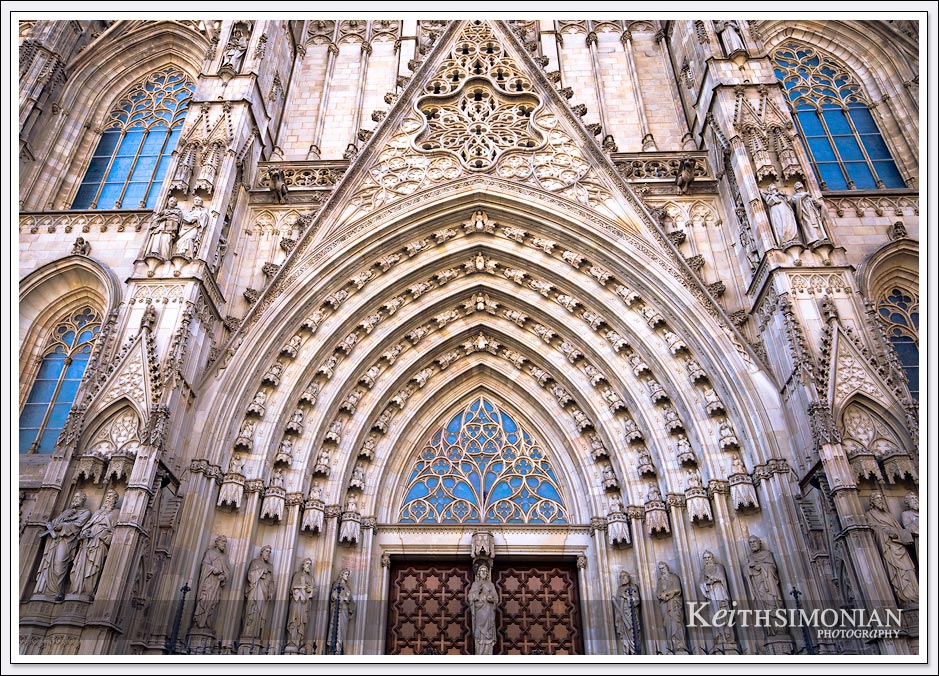 The main entrance door of the Cathedral of Barcelona. 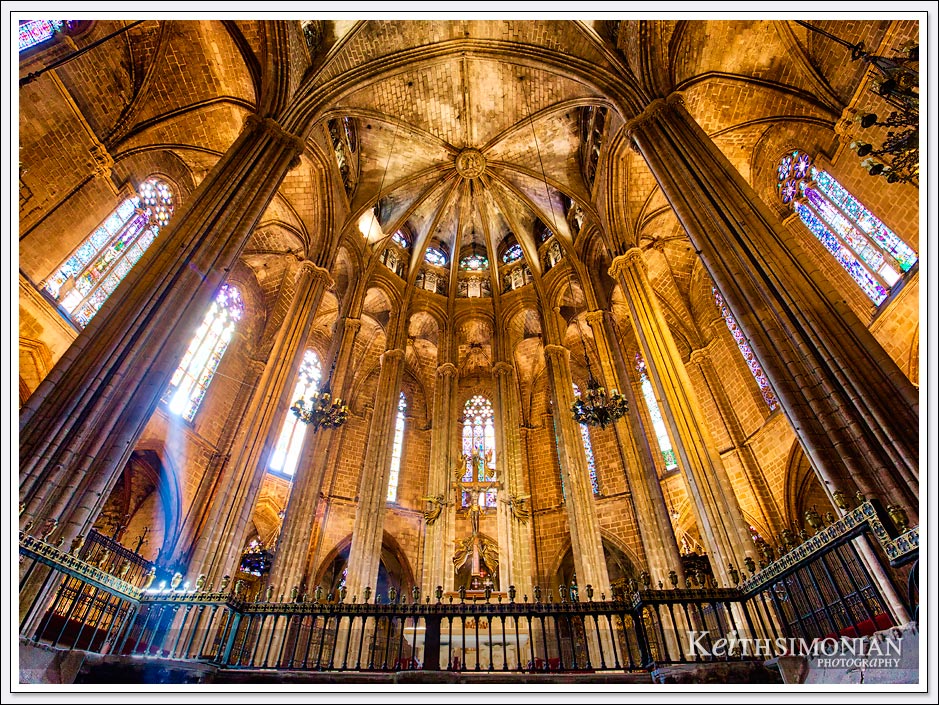 The alter and ceiling of the Cathedral of Barcelona. 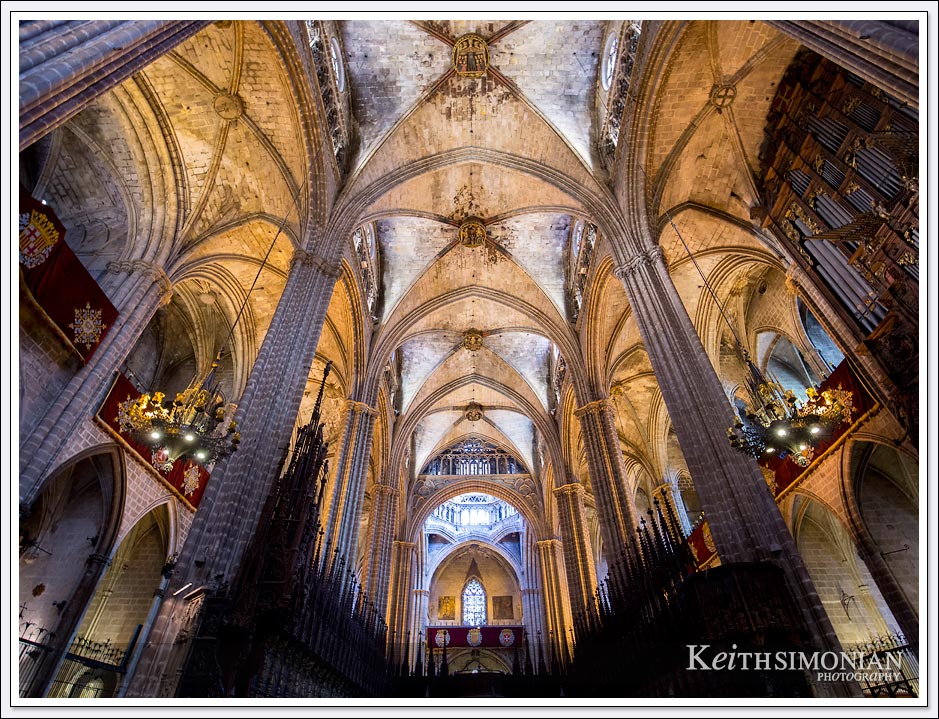 View of the Cathedral of Barcelona which opened in 1298 AD and has a height of 295 feet. 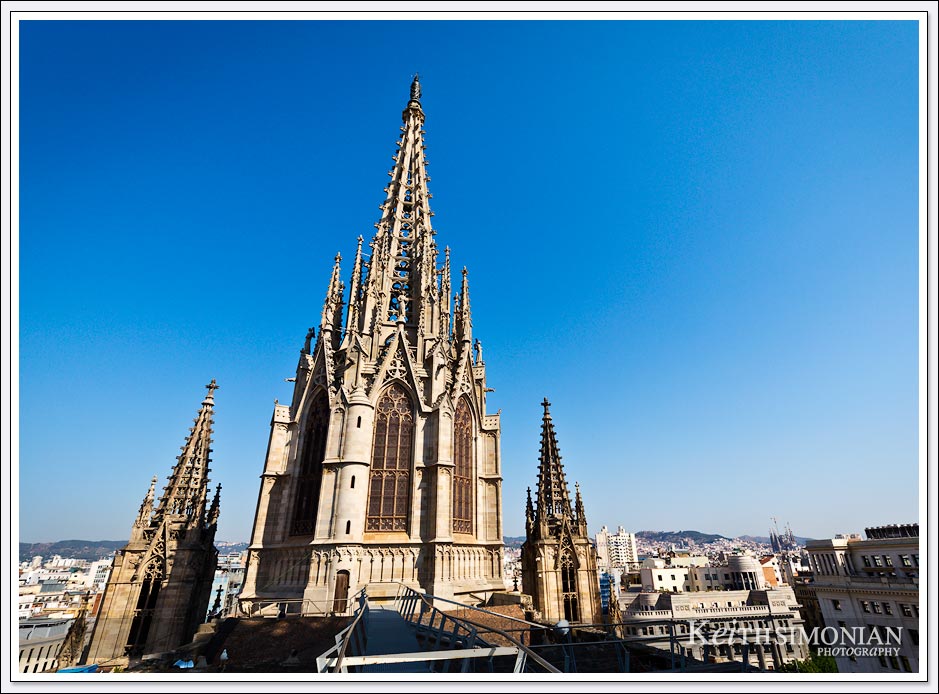 For just 3 Euros you could ride the elevator to the roof, where you could walk around and get great views of the city.

These colorful and unique buildings serve as the entrance to Parc Guëll.