There was a wee bit of moisture in the air during much of the game. OK, that’s a slight understatement. By the end of the 2nd quarter it was pouring, and it rained hard through most of the first 3 quarters. This photo of Patriot quarterback Tom Brady walking off the field at the end of the second quarter shows just how hard it was raining yesterday at Levi’s Stadium.

At halftime the Patriots held a 13 – 10 lead over the 49ers. The Patriots went on to win 30 to 17 with Tom Brady throwing four touchdown passes. 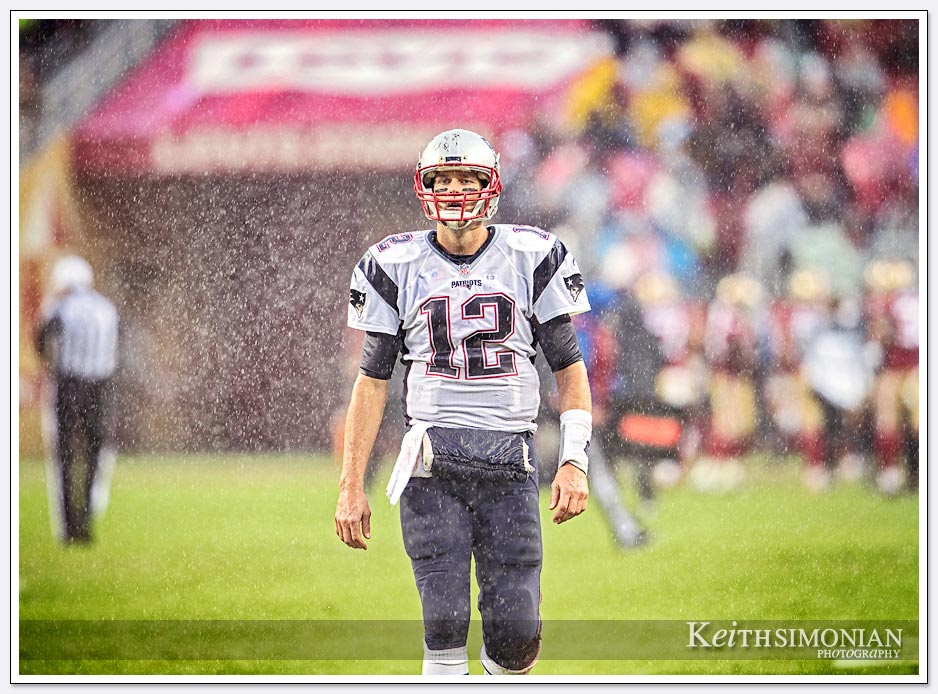