Sunday’s loss by the Los Angeles Rams to the Atlanta Falcons was head coach Jeff Fisher’s 165 career NFL loss. That loss tied him with former NFL coach Dan Reeves. The only bright spot in tying the record for Fisher was that it took Dan Reeves 18 fewer games to set the record.
But that turned out to be the only bright spot as the Rams then fired coach Fisher with three games remaining in the 2016 NFL regular season.
Coach Fisher seen in the white shirt and cool sunglasses from this 2014 regular season game against the 49ers at Levi’s stadium in Santa Clara, CA. 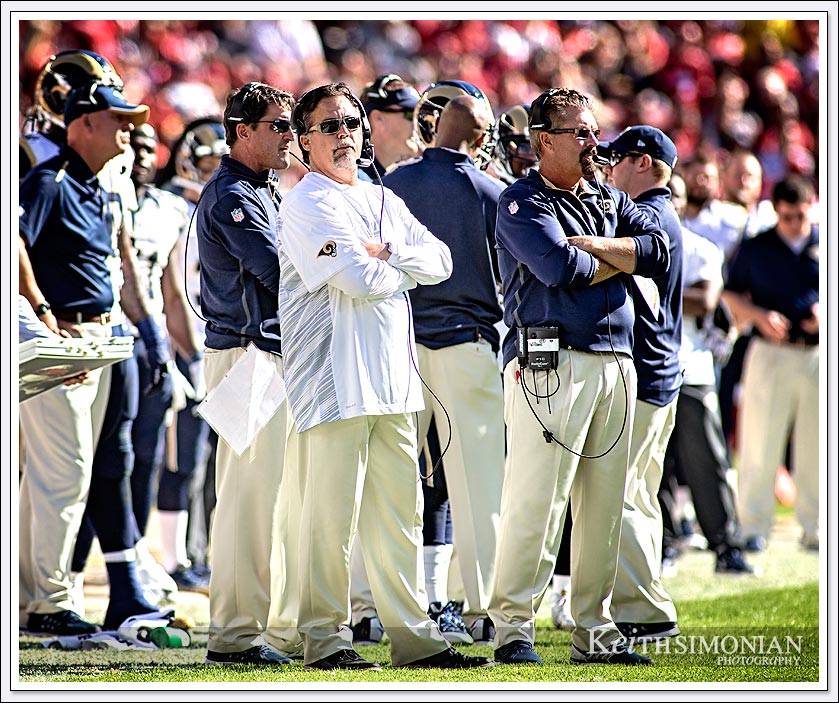