Fans who attended the San Francisco 49ers vs Miami Dolphins NFL game on December 9th were treated to a half time show by Grammy nominated American Idol winner Jordin Sparks.Â Â Sparks is currently working on her next CD and is waiting for the release of her next big screen movie, The Inevitable Defeat of Mister and Pete, which is a coming of age story about two inner city youths. The movie was directed by George Tilman Jr and stars Jeffrey Wright, Anthony Mackie, Adewale Akinnuoye-Agbaje with a release date sometime in 2013. 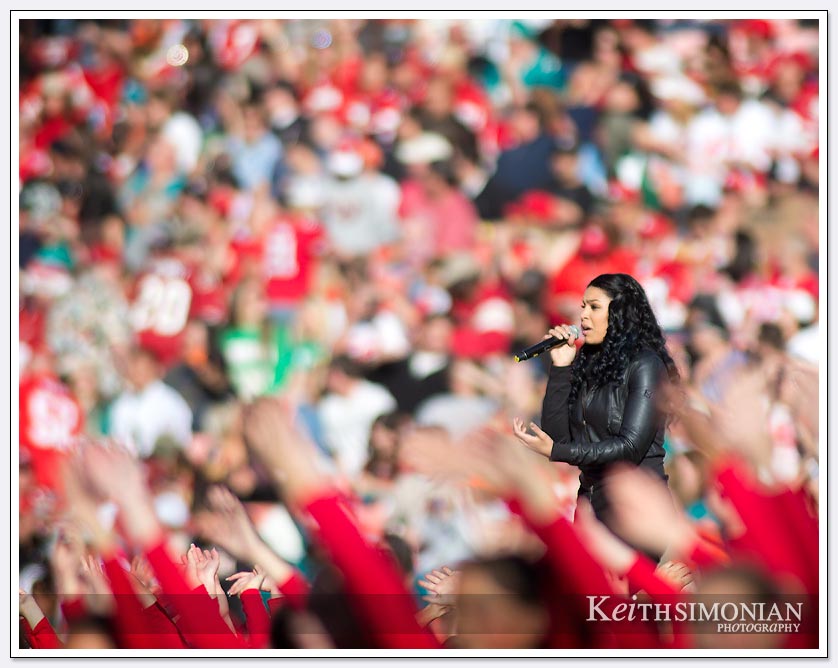 Jordin Sparks performs in a sea of red and gold during the 49ers halftime show at Candlestick park. 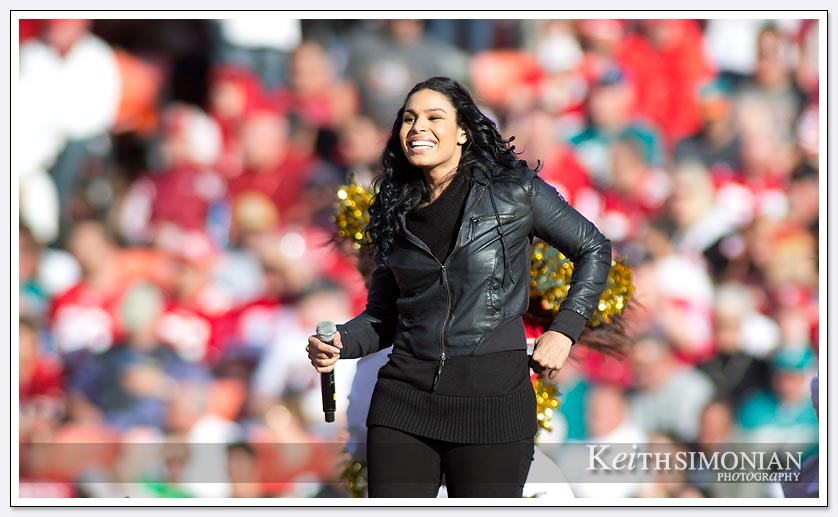 Besides the halftime show, there was a football game that the 49ers won 27-13 over the visiting Miami Dolphins. The win moved the 49ers record to 9-3-1 and dropped the Dolphins to 5-8. The 49ers will next face the New England Patriots at Â Gillette Stadium in Foxborough, Massachusetts Â on Sunday December 16 in a Sunday Night Football game. The win maintained the San Francisco 49ers 1 and a half game lead over the 2nd place Seattle Seahawks in the NFC western division. 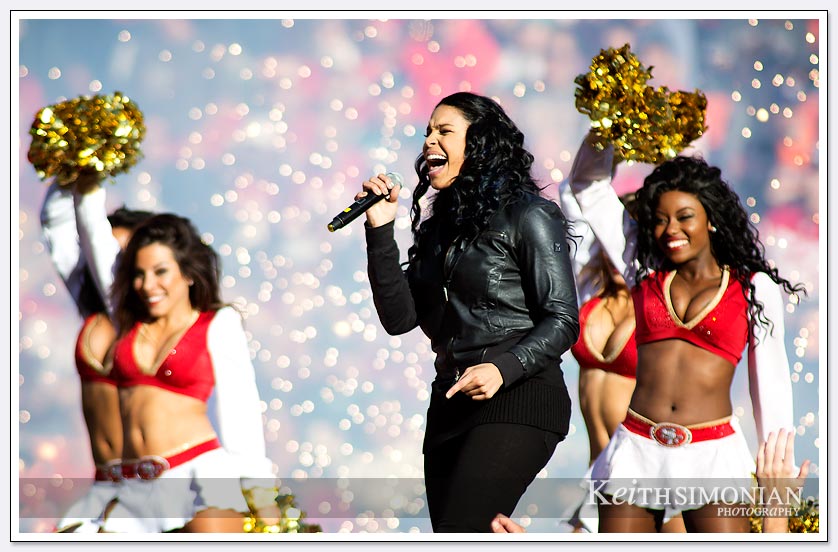 Jordin Sparks performs during the halftime show the 49er Goldrush and fireworks at her back drop. 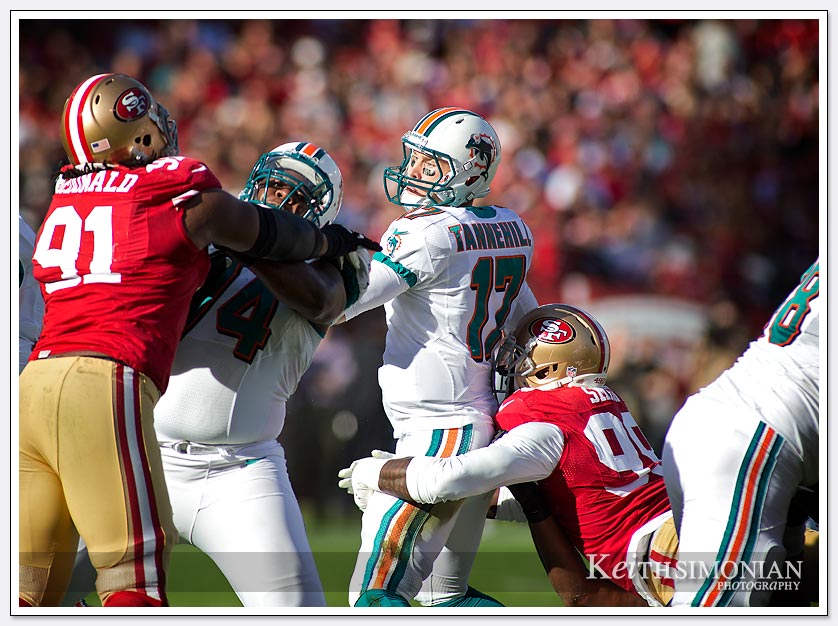