Less than a week ago Colin Kaepernick was named the starting quarterback as the 49ers hosted the Chicago Bears in a Monday Night Football matchup as the normal starter Alex Smith was ruled unable to play after suffering a concussion the week before against the St Louis Rams.

Now with this 31-21 victory over the New Orleans Saints at the Louisiana Superdome Colin Kaepernick appears to have cemented his role as the starting quarterback even though Alex Smith was 18-5-1 as a starter over the past season and a half.

Kaepernick who is in his 2nd season as an NFL quarterback was drafted by San Francisco 49ers in the second round of the 2011 NFL draft. Kaepernick was the 36th player taken in the draft as the 49ers traded up nine spots to select him. The 49ers were able to move up nine spots in the draft by giving the Denver Broncos their 2nd, 4th, and 5th picks in the 2011 NFL draft. 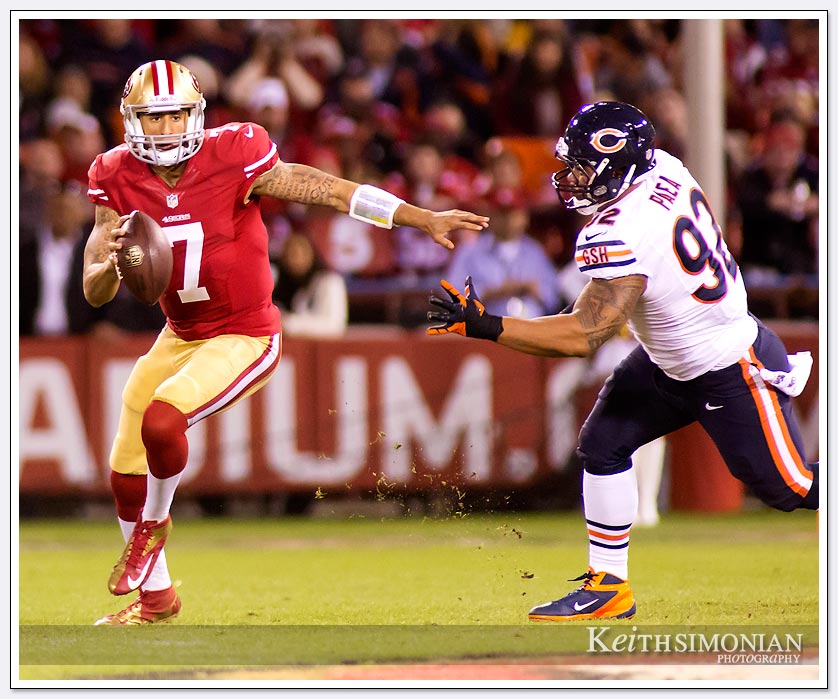 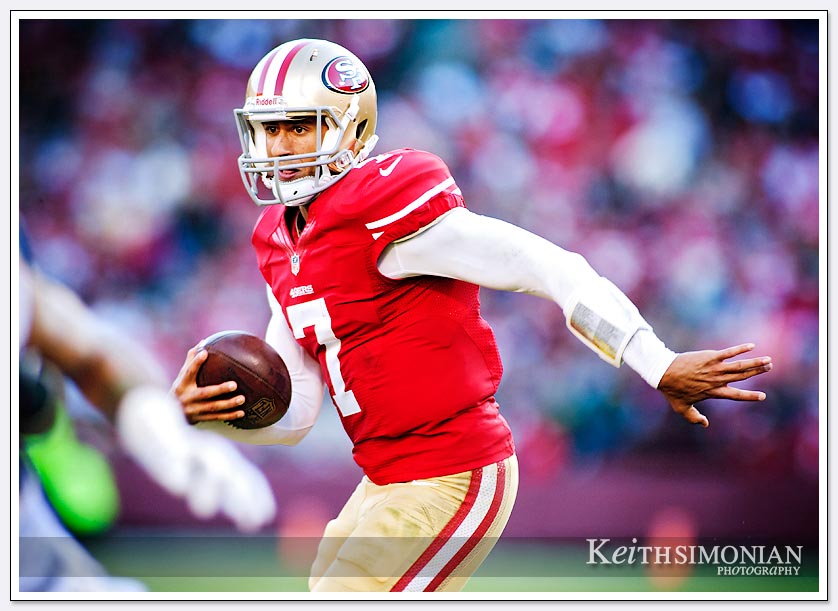 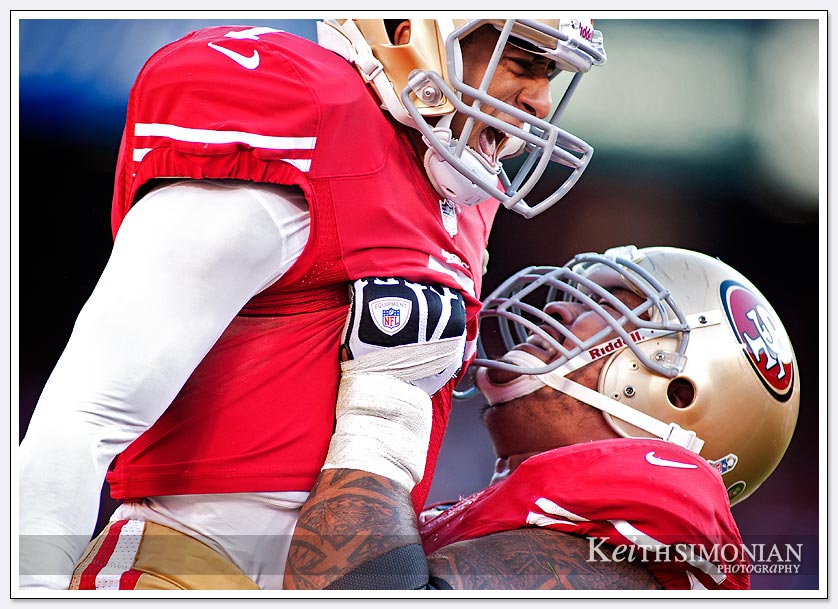 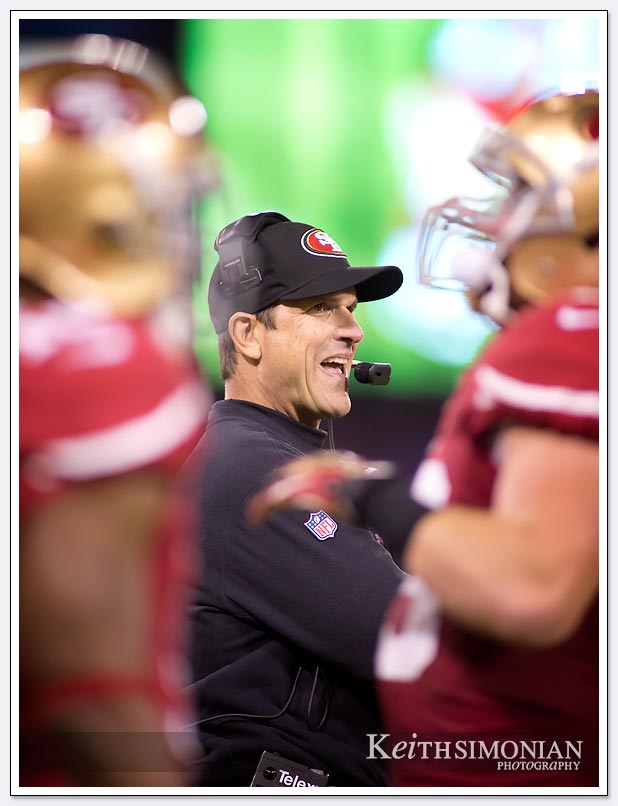 San Francisco head coach Jim Harbaugh is all smiles as the 49ers score a touchdown in a Monday Night Football game against the Chicago Bears on November 19th, 2011. 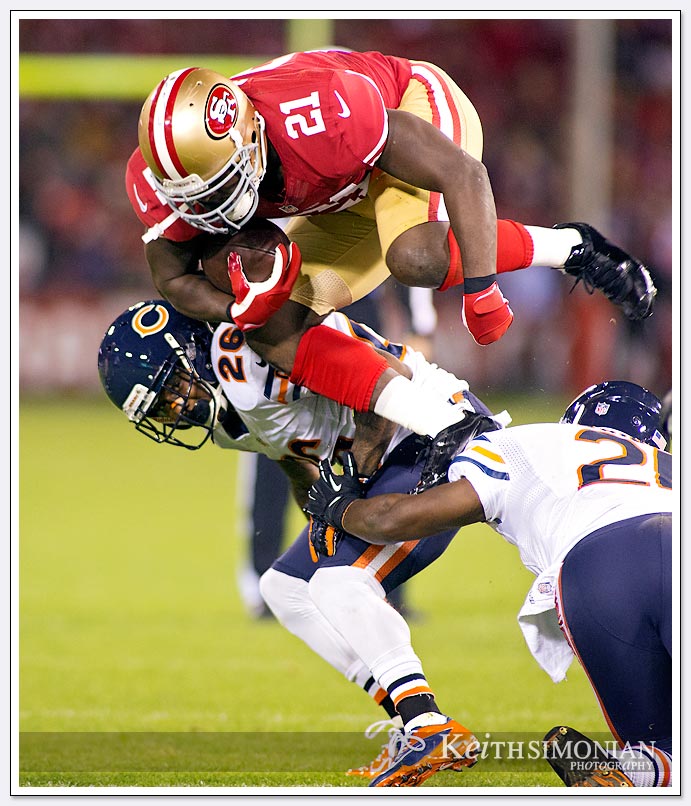 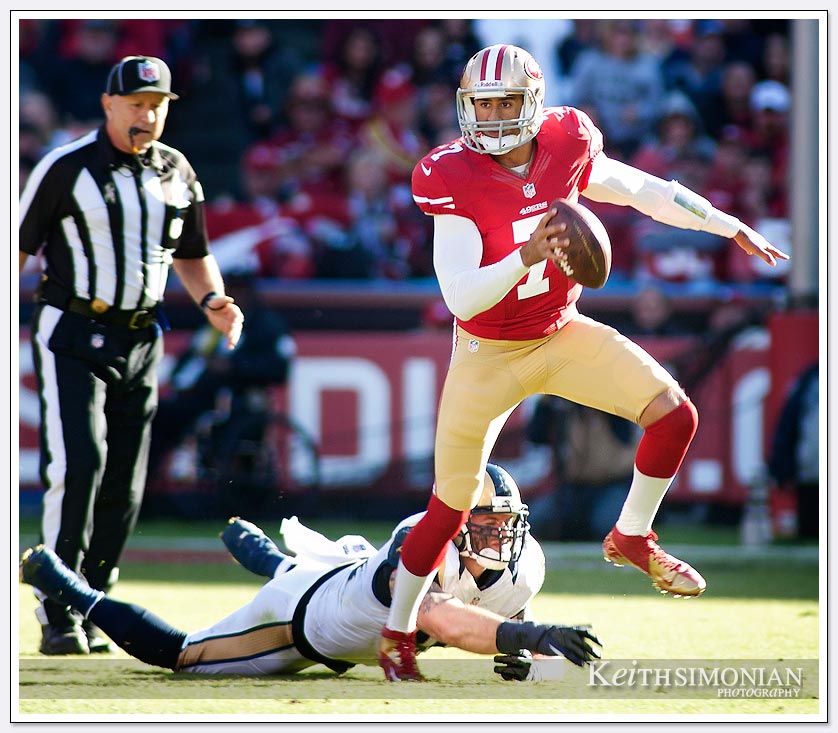