With those words NFL commissioner Roger Goodell announced the selection of Stanford quarterback Andrew Luck by the Indianapolis Colts as the first pick in the 2012 National Football League draft. Luck who passed up the 2011 NFL draft to play his redshirt junior year at Stanford was once again the runner-up for the Heisman Trophy for the 2011 college football season. When the Colts released 4 time NFL MVP Peyton Manning on March 7th, 2012 it became pretty much a done deal that they would select Andrew Luck with their first selection in the draft. After meeting with several teams, Peyton Manning signed a 5 year $96 million deal with the Denver Broncos on March 20th. 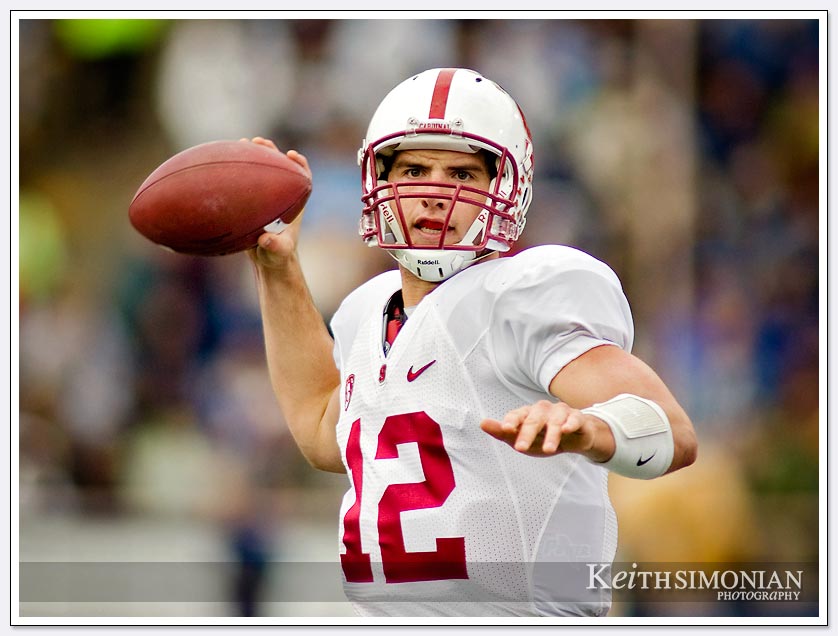 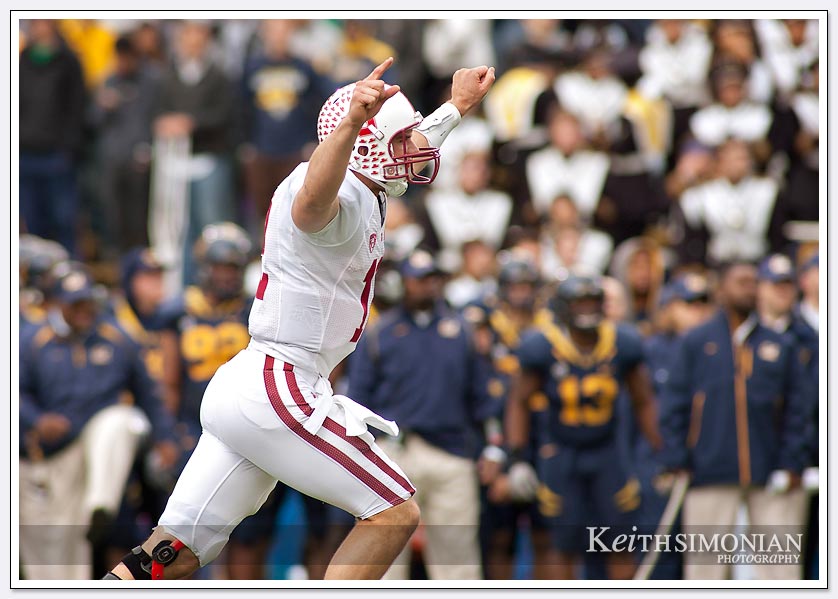 Andrew Luck celebrates a touchdown in the 113th Big Game against Cal on November 20th, 2011 at Memorial Stadium in Berkeley, CA. 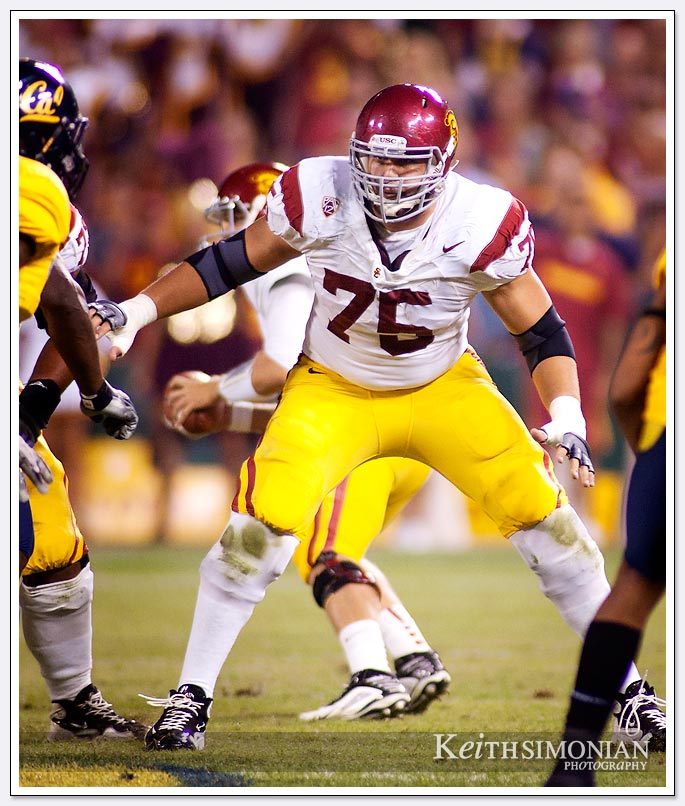 With the 4th overall pick in the 2012 NFL draft the Minnesota Vikings select USC offensive tackle Matt Kalil. Matt Kalil was a 2011 All American 1st team member who also won the Pac-12’s Morris Trophy. Having played only his junior year, Kalil becomes the 76th player from USC to be drafted in the first round of the NFL draft. 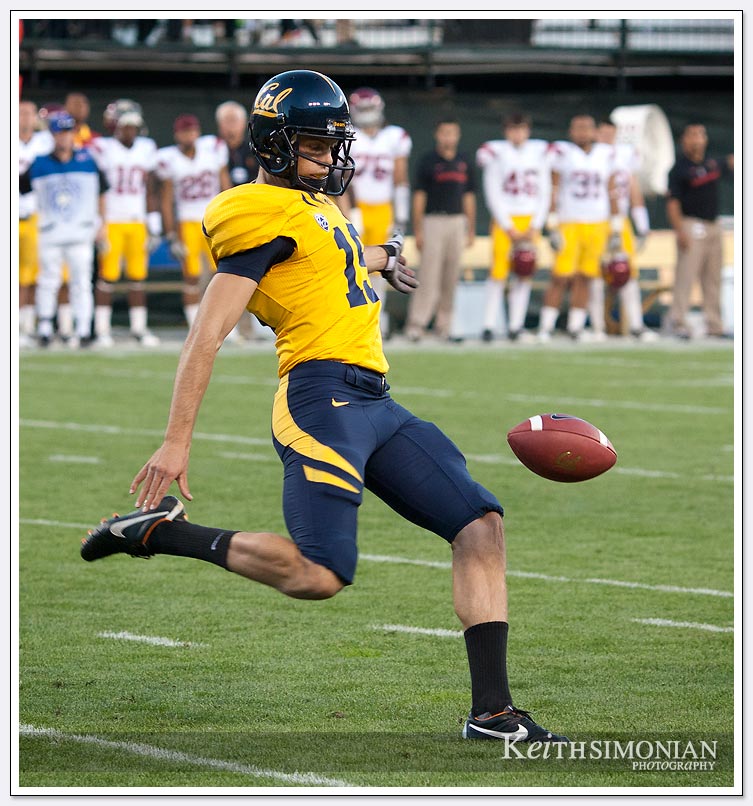 With the 70th overall pick in the 3rd round of the 2012 NFL draft the Jacksonville Jaguars selected University of California at Berkeley ( Cal ) punter Byran Anger. Few punters are selected this high in the draft, but Jacksonville needed to replace their former punter Adam Podlesh who as a free agent went to the Chicago Bears. Jacksonville is hoping that Bryan Anger can put up the same type of numbers he did during his college career where he averaged 43.5 yards a punt, and put 90 punts inside the opposing teams 20 yard line. Anger is shown here punting against the USC Trojans in a 2011 regular season game at ATT park in San Francisco that served as the Bears home field while their permanent home field Memorial Stadium in Berkeley is rebuilt and will be ready for the 2012 college football season.