Will there be an NFL season or not? All that doesn’t matter today, as the NFL holds it’s annual college draft in New York city at the Radio City Music Hall with commissioner Roger Goodell announcing the draft picks. 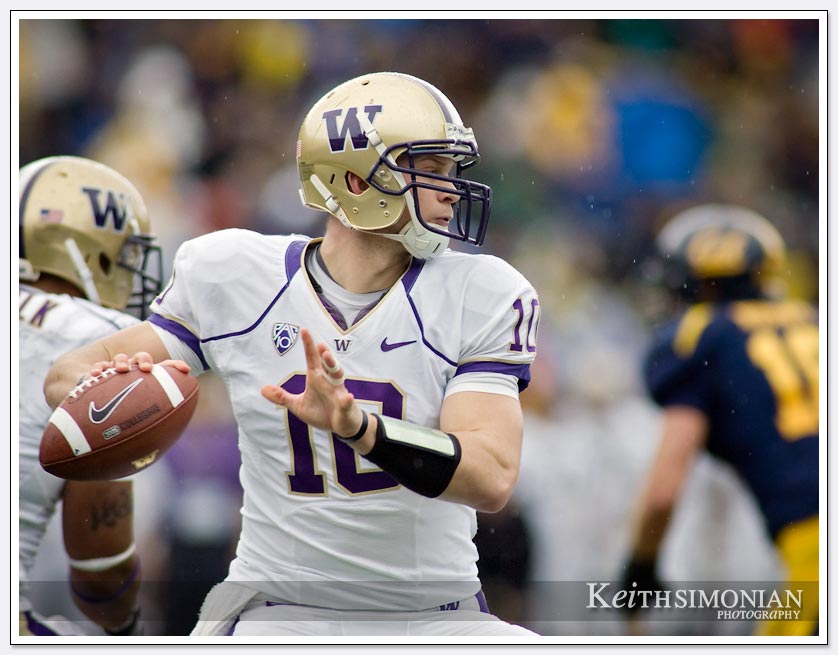 Another NFL first round draft pick was on the field that day on November 27th, 2010 when the Golden Bears of California hosted the Washington Huskies. That player would be senior defensive lineman #97 Cameron Jordan who was selected 24th in the first round of the NFL draft by the New Orleans Saints. 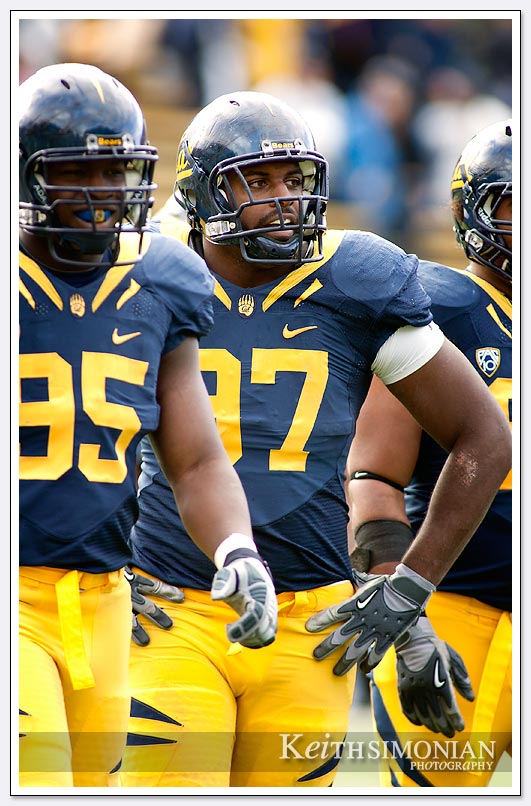 During his senior year Cameron Jordan had 62 tackles and 5.5 sacks. In the the photo below we see two Washington offensive lineman trying to block Jordon while he nearly sacks the Washington quarterback and 7th pick in the 2011 NFL draft Jake Locker. 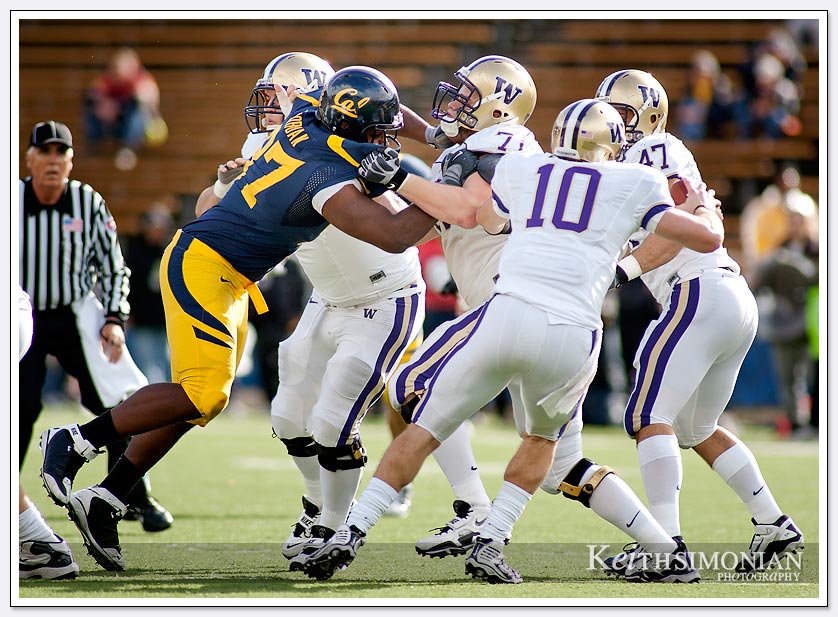 The New England Patriots figured if a lot of rain couldn’t stop him, maybe the snow wouldn’t either, as they drafted California running back Shane Vereen in the second round of the NFL draft. Cal junior Shane Vereen was the 56th player taken overall in the 2011 draft. He played in all 38 games during his three years at Cal, and started 19 of them. After just three years, Vereen leaves Cal as fifth in school history with 4,069 all-purpose yards. 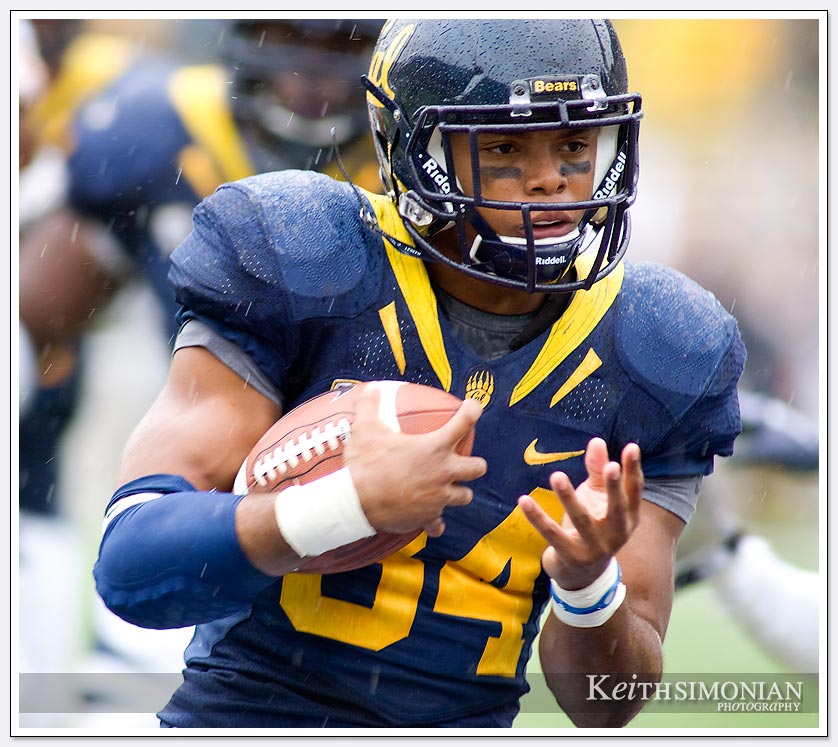 On this play California running back Shane Vereen scores of his two touchdowns against the Arizona St. Sun Devils at Memorial Stadium on October 23, 2010. 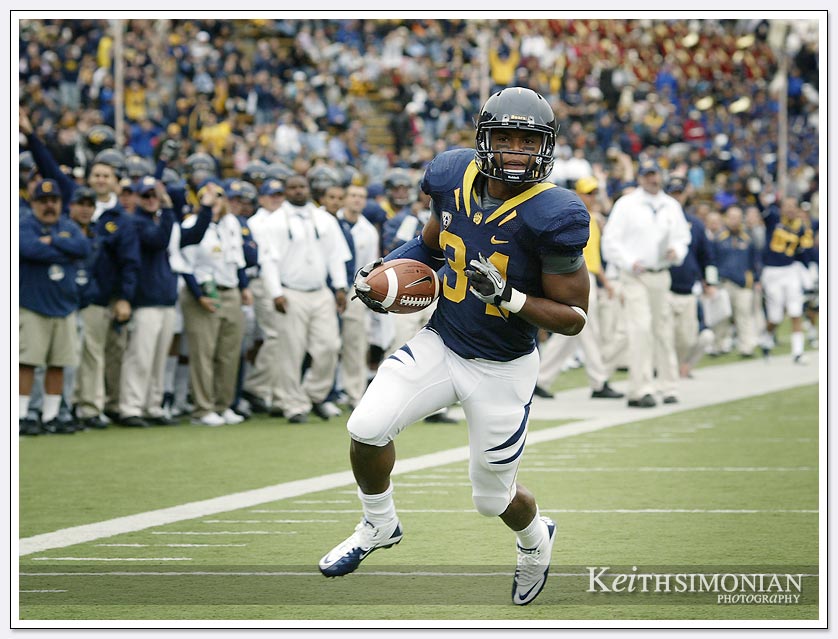