Steve Young, Jerry Rice, and Joe Montana were on the sidelines during the San Francisco 49ers NFL season open against the Minnesota Vikings at Levi’s Stadium on September 14, 2015. The three NFL Hall of Fame players were at the game for a halftime ceremony for former San Francisco 49ers Charles Haley who was inducted into the 49ers hall of fame. Though I wasn’t that far away, I couldn’t hear a word they were saying. Looks like it was something interesting.

Oh, and by the way, the 49ers defeated the Vikings 20 to 3 giving new head coach Jim Tomsula his first NFL victory as head coach. 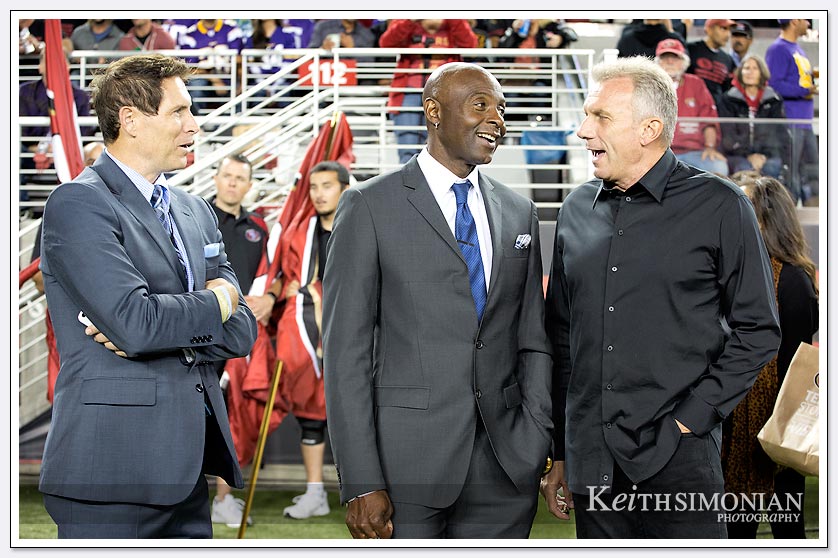