Major League Baseball teams that are 13 games back on June 30th don’t usually win their division, but that’s what the red hot Oakland Athletics did by winning their final six games including a three game sweep over the Western division leading Texas Rangers. On August 21st when this photo was taken, the A’s were 5 games behind the Western Division leading Texas Rangers. The Athletics over came that very same 5 game deficit in the final nine days of the season.

By chance the day the photo was taken,  Al Saracevic, Sports Editor for the San Francisco Chronicle was there and wrote about the experience of doing the team photo for a Major League ball club. You can find the story on the SFgate website. 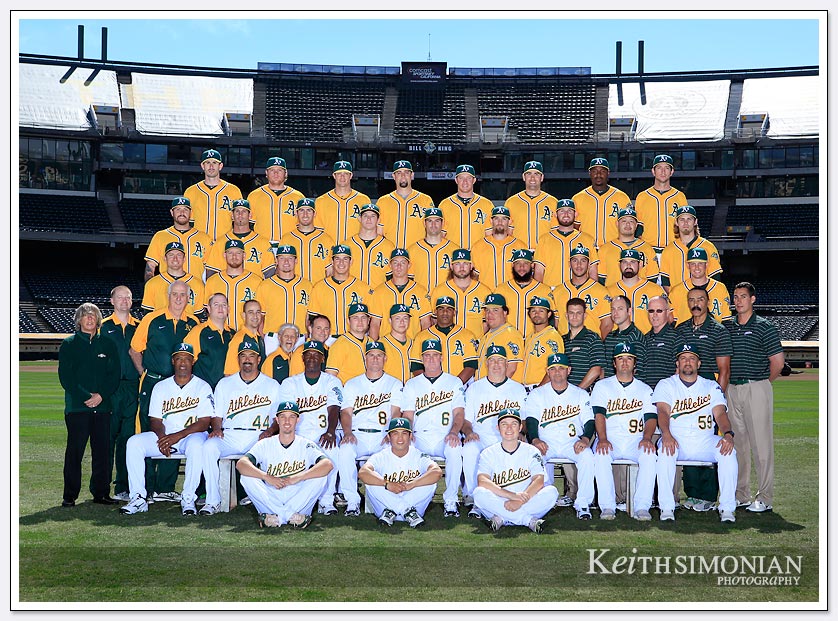 This team photo some what reminds of the another Bay Area MLB team photo day two years ago when not much thought was given to the playoffs. Here’s how that team photo day turned out for the 2010 National League Western Division champion.