On August 24th, 2010 the San Francisco Giants assembled for their annual team picture in AT&T park. TheÂ  Giants started the day trailing the San Diego Padres by 5 1/2 games in the National League Western division with a 70-56 record. After victories on that Tuesday by both the Giants and the Padres,Â  the Giants were still trailing by 5 1/2 games.Â  I don’t know if anybody on the sunny day that the Giants took their team picture knew of, or even dreamed what would happen next.

On Thursday of that week, the Padres would start a 10 game losing steak that would bring the Giants to within one game of the division leading Padres.Â  By the end of the season the Giants were leading the division and needed to win only one game of a three game home stand against the Padres to win the NL West.Â  After losing the first two games of the series, the Giants defeated the Padres 3-0 on Sunday October 3rd to win the National Western Division with a 92 win and 70 loss record.

Now two months and 1 day after their team photo and playoff victories over both the Atlanta Braves and the favored Philadelphia PhilliesÂ  the Giants are in the World Series and will host the Texas Rangers on Wednesday October 27th with a 7:30 PM start time. Who could have guessed how things would have turned out that day in August at AT&T park. I guess sometimes things just work out if you “Don’t Stop Believing”.

Giants manager Bruce Bochy is the center of focus in this photo taken before the official team picture. 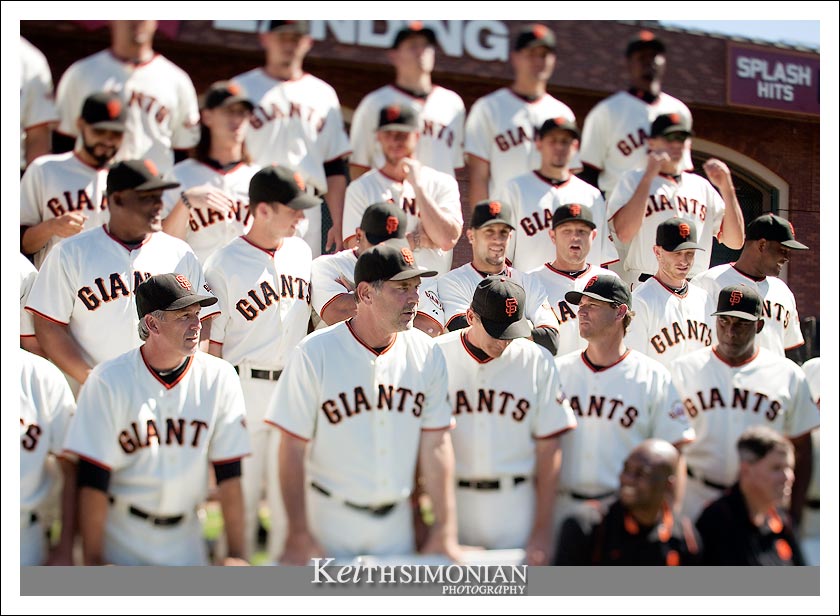 Checking out the lighting before the team photo. 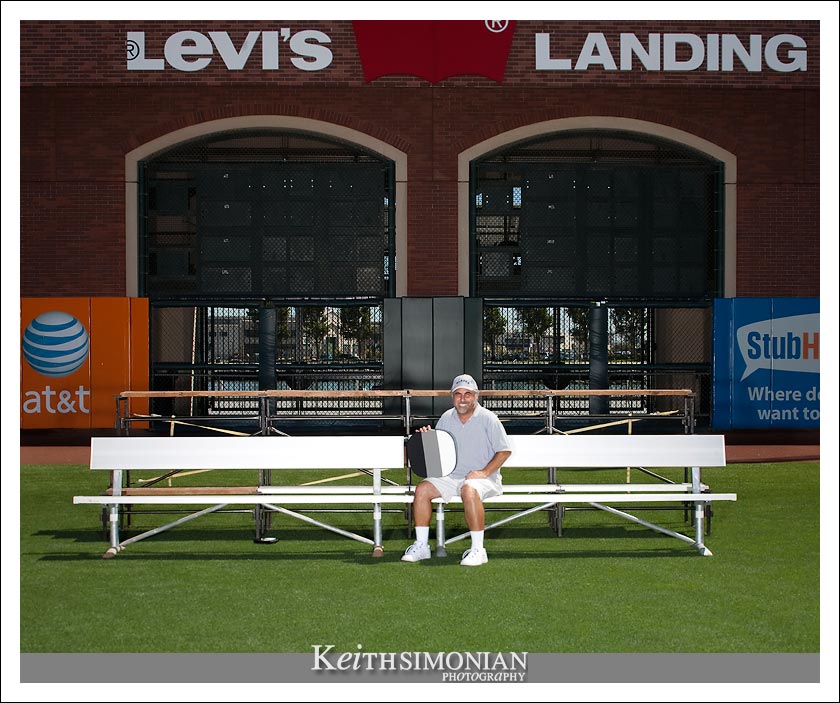 November 2, 2010 Update: It turns out if you believe, AND have the best 4 pitcher starting rotation in Major League BaseballÂ  ( Tim Lincecum, Matt Cain, Jonathan Sanchez, Madison Bumgarner ) and have the best closer in baseball ( Brian Wilson ), and sprinkle that with timely hitting you can become Baseball’s World Series World Champions for the 2010 season by defeating the Texas Rangers of the American League 4 games to one.

October 2012 Update – View all the work required to take a photo that lasts just 1/250 in this 60 second time lapse video from the 2011 SF Giants Picture Day.