Fortunately for the fans attending the game there won’t be any rain ( like in the Tom Brady photo ) or snow that one might expect in Minnesota during winter as US Bank Stadium features a permanent roof. Though the fans will have to brave a rather bone chilling 3 degrees above zero predicted temperature at kickoff if they venture outside the stadium. That temperature of 3 degrees will be the coldest ever in the 52 year history, breaking the old record of 16 degrees in Detroit during Super Bowl XVI. 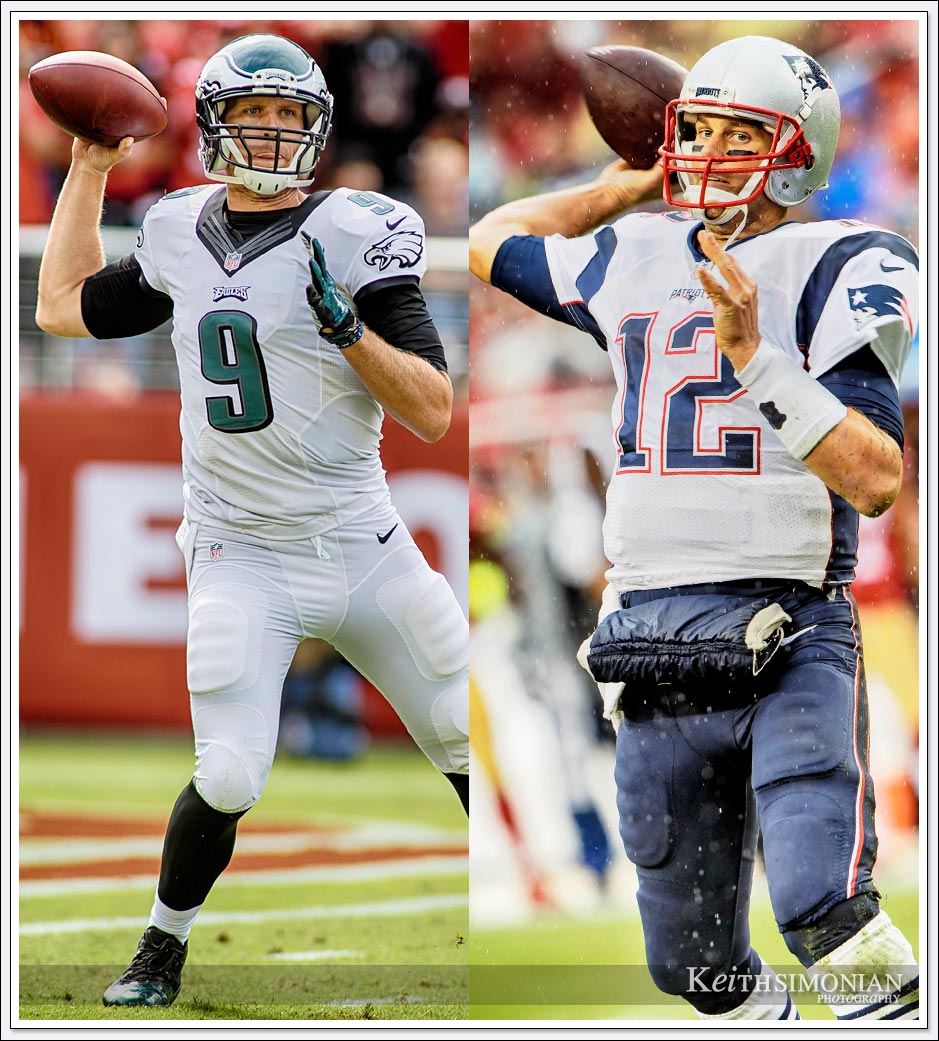 The Philadelphia Eagles 41 to 33 upset victory over the New England Patriots and Tom Brady featured more offensive yardage than any previous Super Bowl by more than 200 yards and a play call that was quite simply the gutsiest play call in the history of the Super Bowl.

The game featured some interesting stats. There was just one punt during the entire game. There were 1,151 total yards of offense, which beat the previous Super Bowl high by 200 yards. There was just one sack the entire game, and that sack pretty much ended the Patriots chance of a comeback win. The game featured four missed extra point, or two point conversions that failed. And now the number of Philadelphia Super Bowl victories stands at ONE. 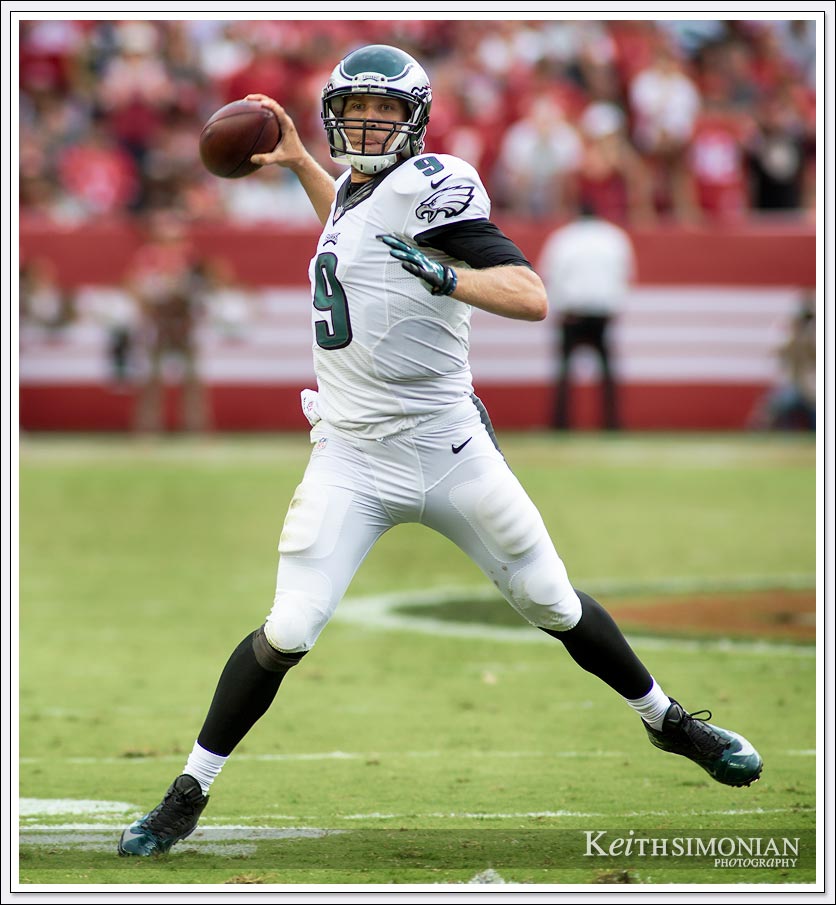 These photos from the 2014 meeting between the San Francisco 49ers and the Philadelphia Eagles at Levi’s Stadium in Santa Clara feature Eagles quarterback Nick Foles who was 21 of 43 passing that day with no touchdown passes and two interceptions. The 49ers won the game 26 to 21 taking them to 2 -2 for the season. It was the Eagles first loss, and they fell to 3-1 for the year. 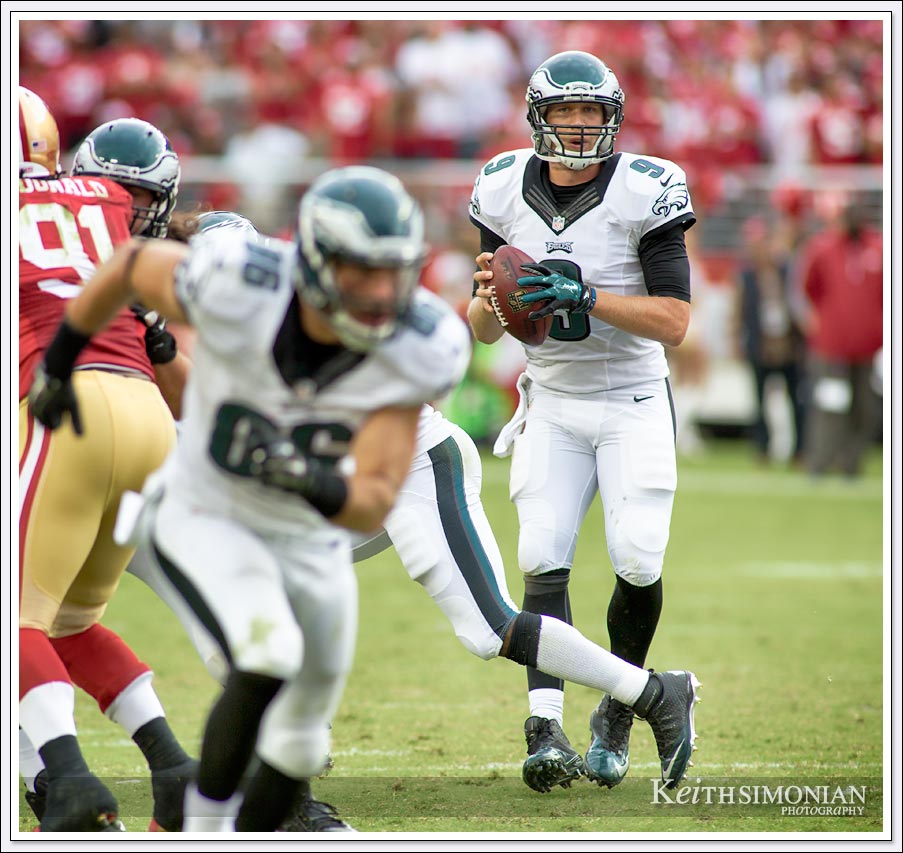 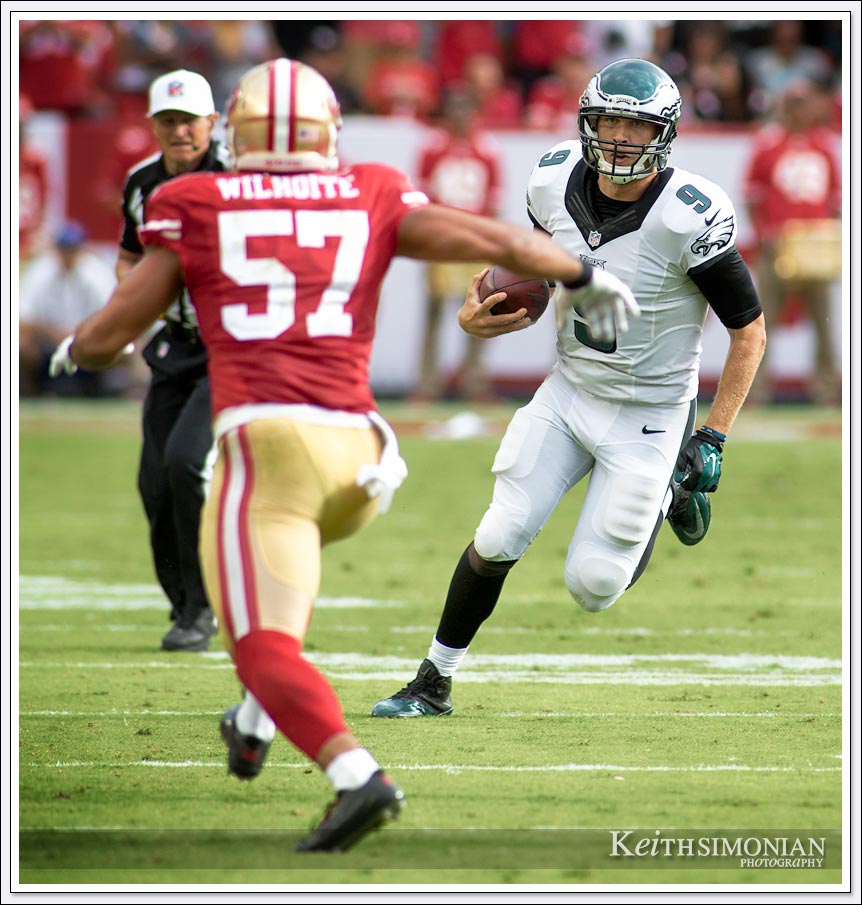