It was to be our last full day in Paris, so of course it would just involve climbing to the top of Arc de Triomphe, walking down the Champs-Élysées, visiting the Paris Opera House ( the Palais Garnier ) and spending 3 quick hours to see everything in the Louvre. I think we did!

I’m pretty sure the Louvre Museum is famous for housing many world famous works or art, but I thought this stone tablet with Egyptian hieroglyphics was quite visually interesting and put in the top spot of this post. Don’t worry, I have a photo of the Louvre’s most famous painting included in this post. 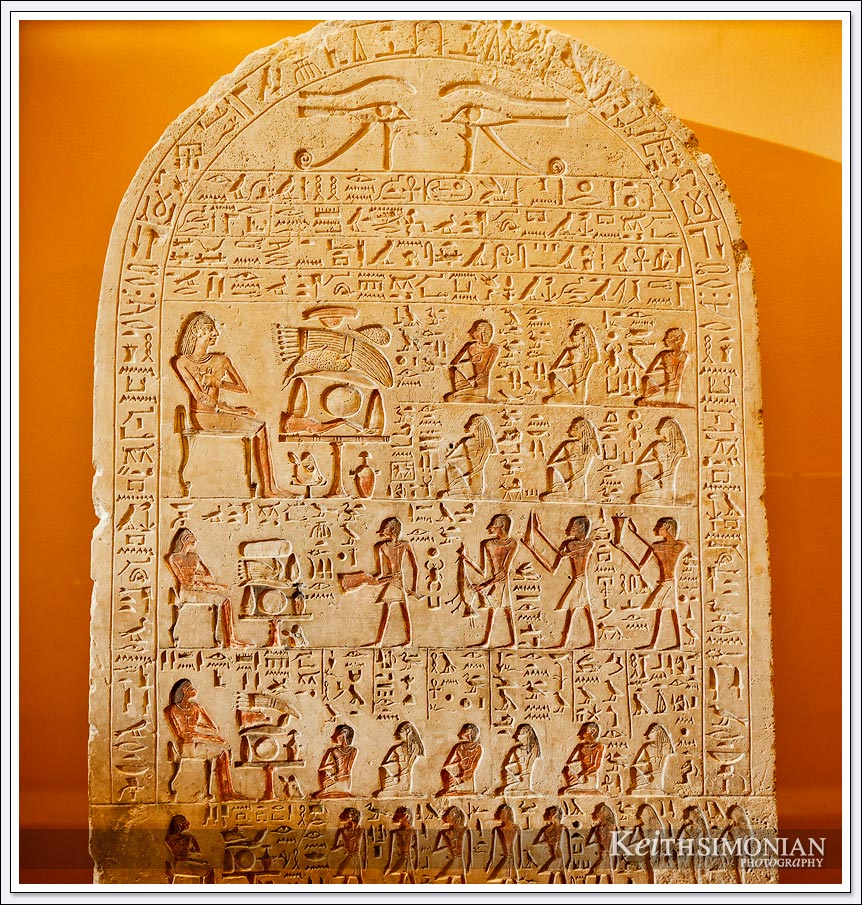 The first stop of the day would be to the iconic Arc de Triomphe which honours those who fought and died for France in the French revolutionary and Napoleonic Wars. To enter the monument you use the under ground tunnels to take you safely to the entrance without having to dodge and elude the traffic that passes around. 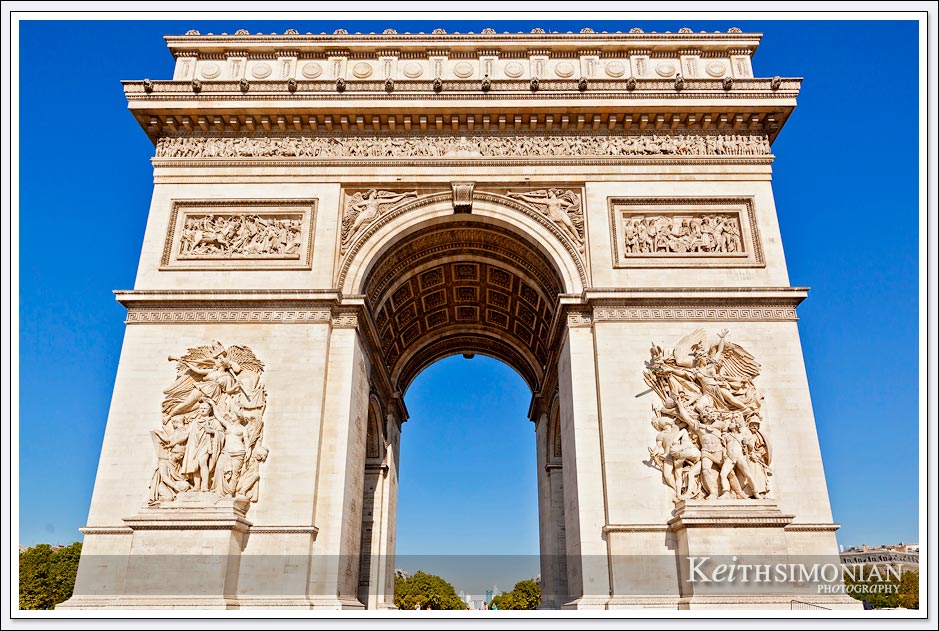 This visitor looking up and taking a photo of the monument gives one a sense of size of  the monument. 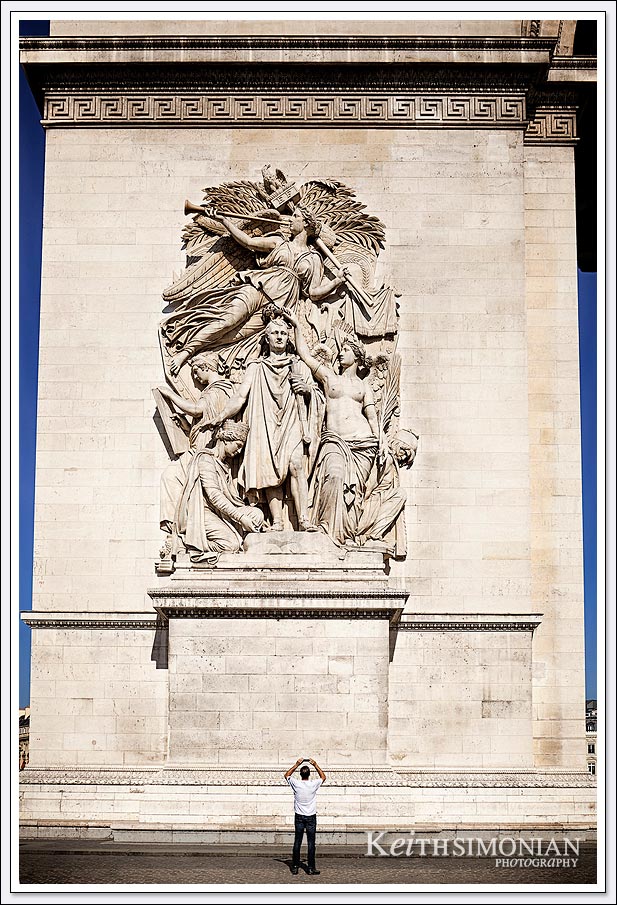 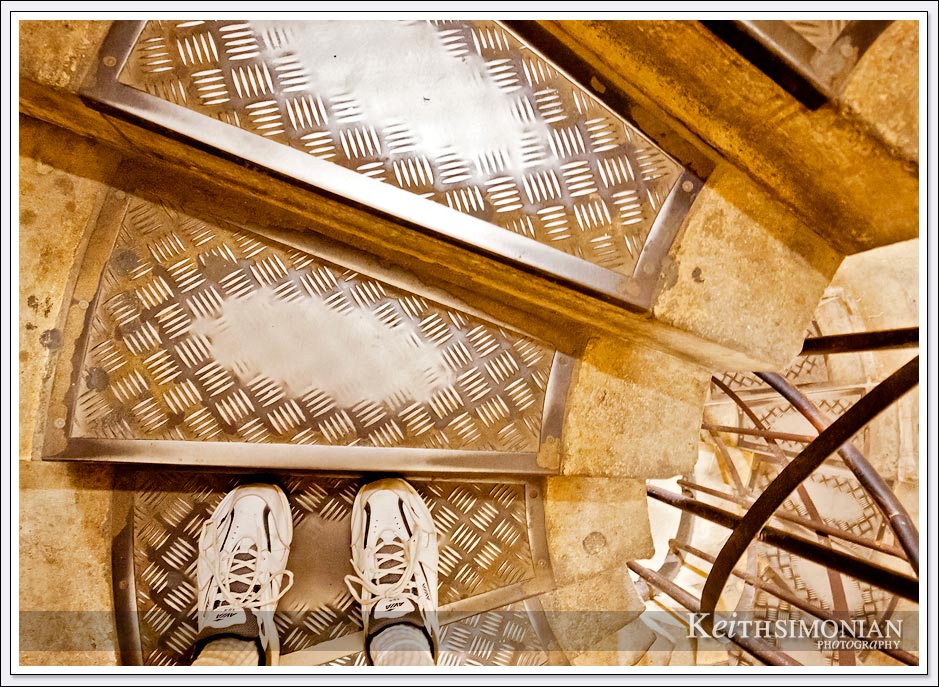 Names of those who fought in the French revolutionary war and the Napoleonic Wars. 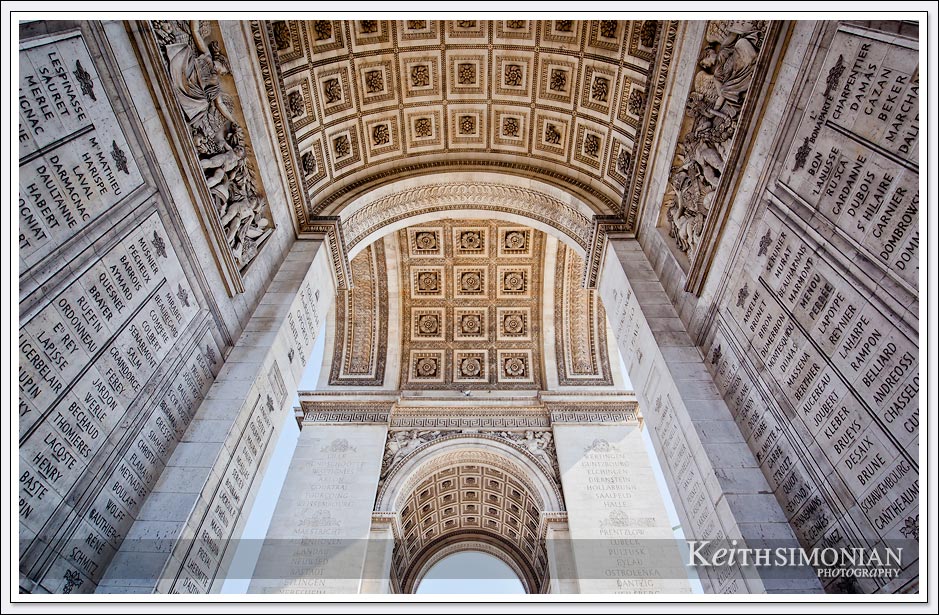 After you leave the monument many including myself and my wife stroll down the world famous Champs-Élysées. 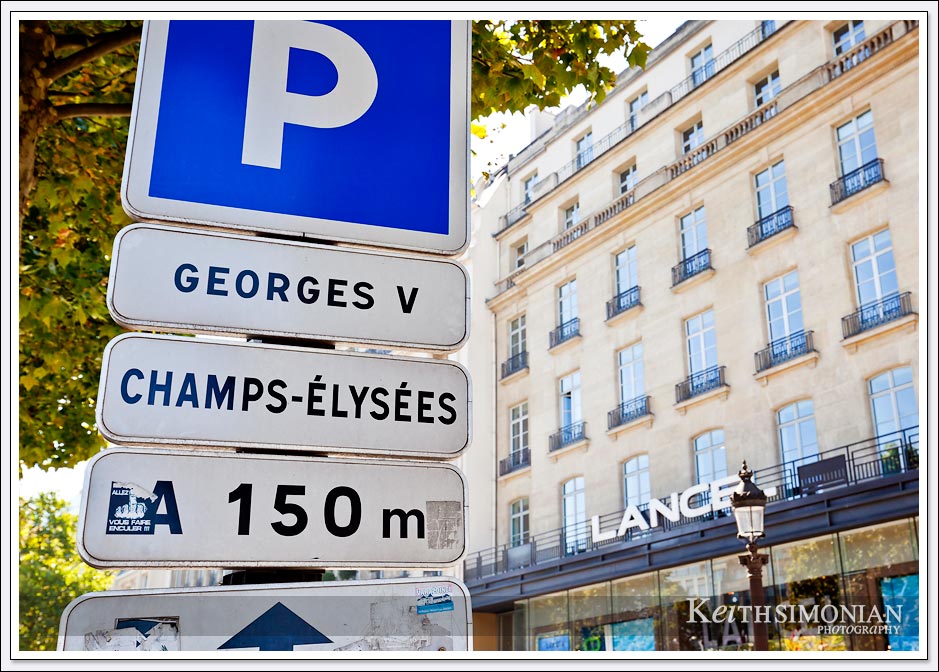 I don’t visit a lot of Opera Houses, but I don’t imagine many are this amazing or are famous for the being the setting of the novel The Phantom of the Opera. 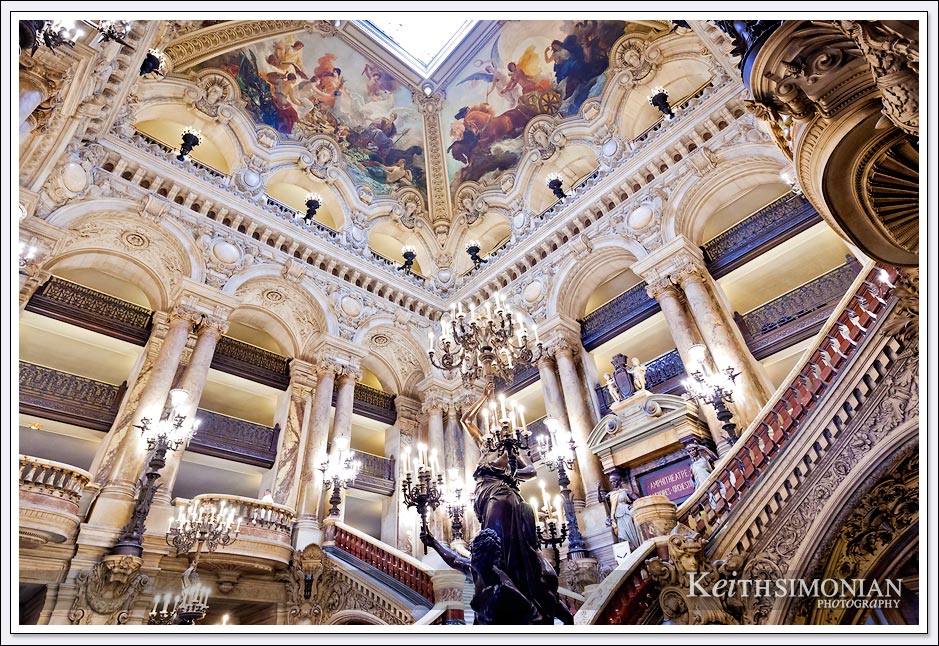 Mirrors, iconic building, historical setting and a picture of my reflection. 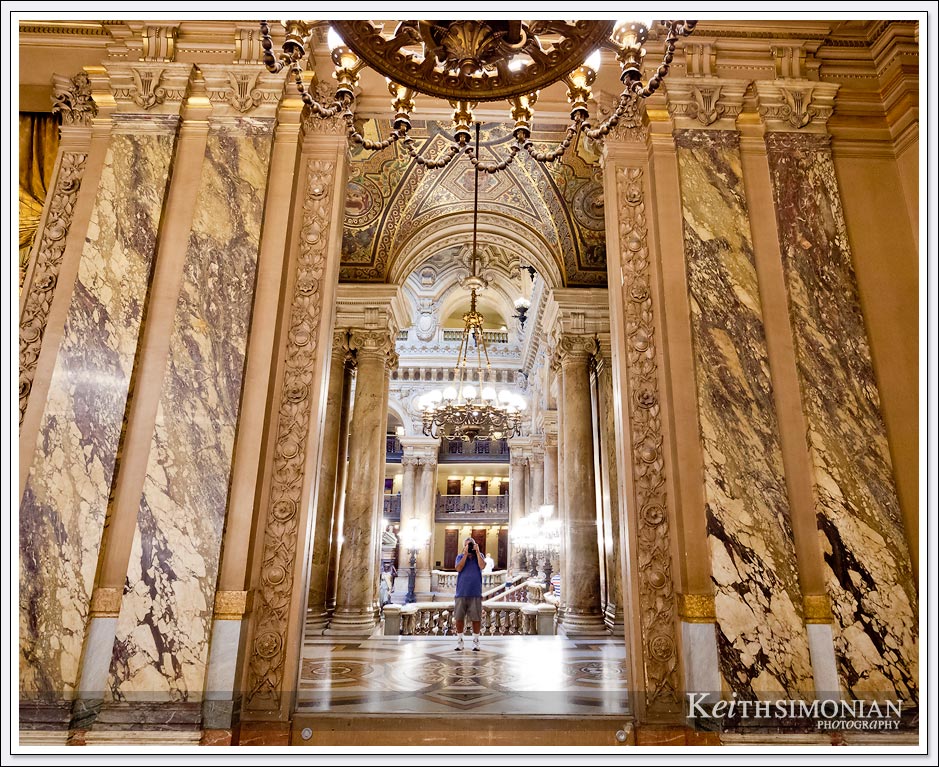 Entrance to the 1979 seat Opera house. 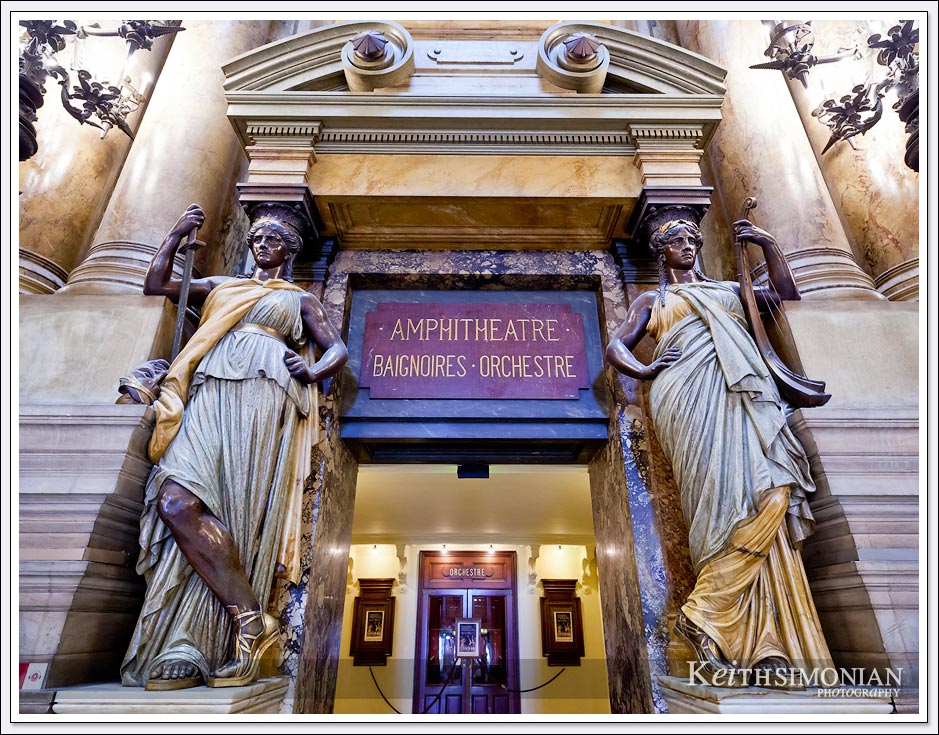 The glass pyramid is the entrance to the Louvre. 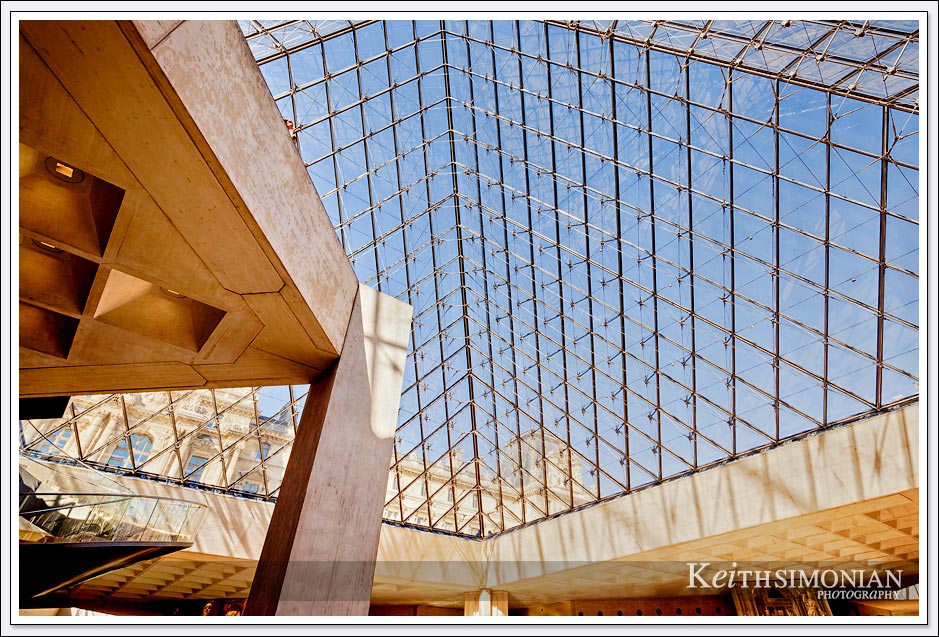 I am making an assumption that the Mona Lisa is the most famous painting in the most famous museum in the world. Strange there were no crowds to see the painting when we visited.  My wife and I just followed the signs after entering the Louvre at 6pm and saw the painting most people have heard about their entire lives in peaceful serenity. 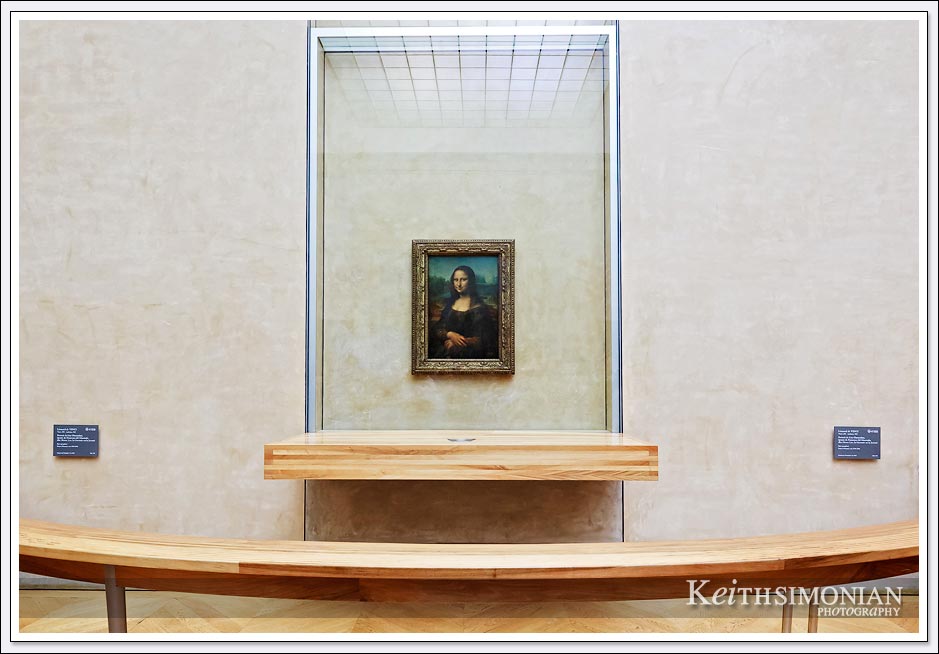 This is what it’s really like when you visit the most famous painting in the world. It’s crowded. This was at 6:30 in the evening when the crowds have thinned out. Sadly most people there wanted to a selfie of themselves and the painting. I also don’t know why they bothered putting the other paintings in the room as nobody bothered to look at them in this rather crowed room. 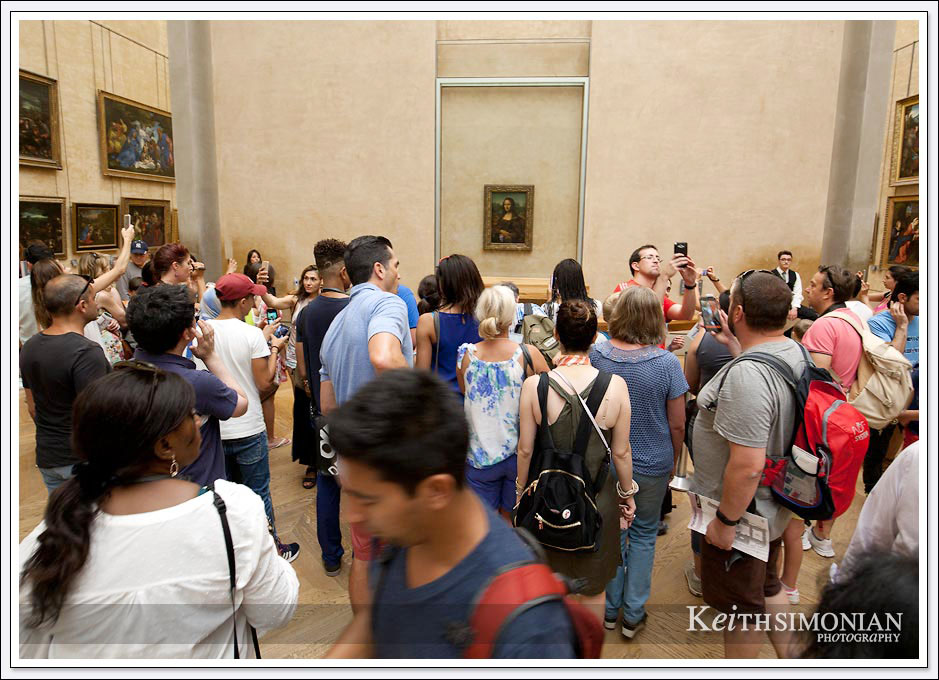 Maybe they didn’t have small brushes back in the day. This painting by Jacques-Louis David depicting the Coronation of Napoleon measures 20′ 4″ x 32′. The painting took the artist almost two years to complete and was finished in November of 1807. 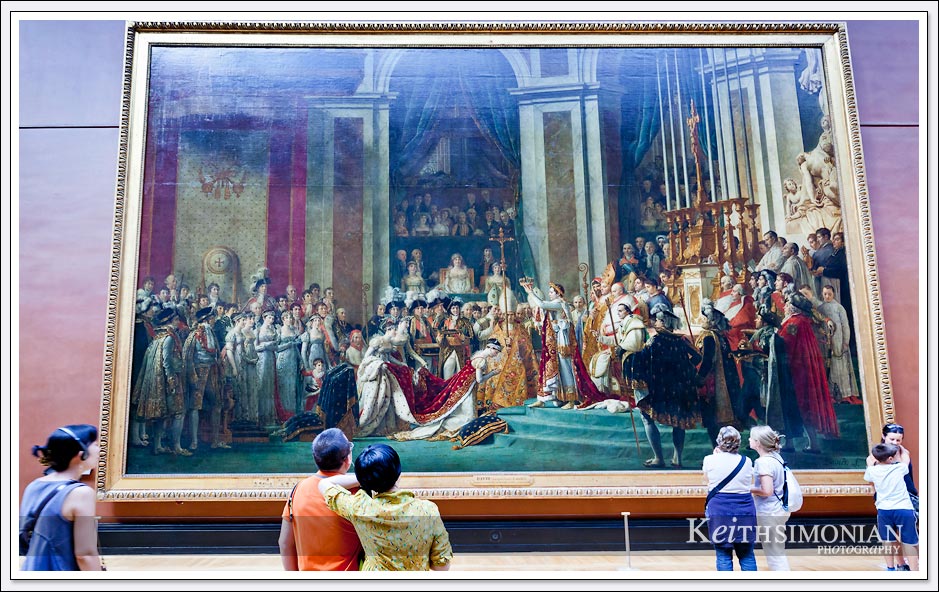 While everybody who goes to the Louvre it appears visits the Mona Lisa, there were at most 20 people around the Venus de Milo during our visit. 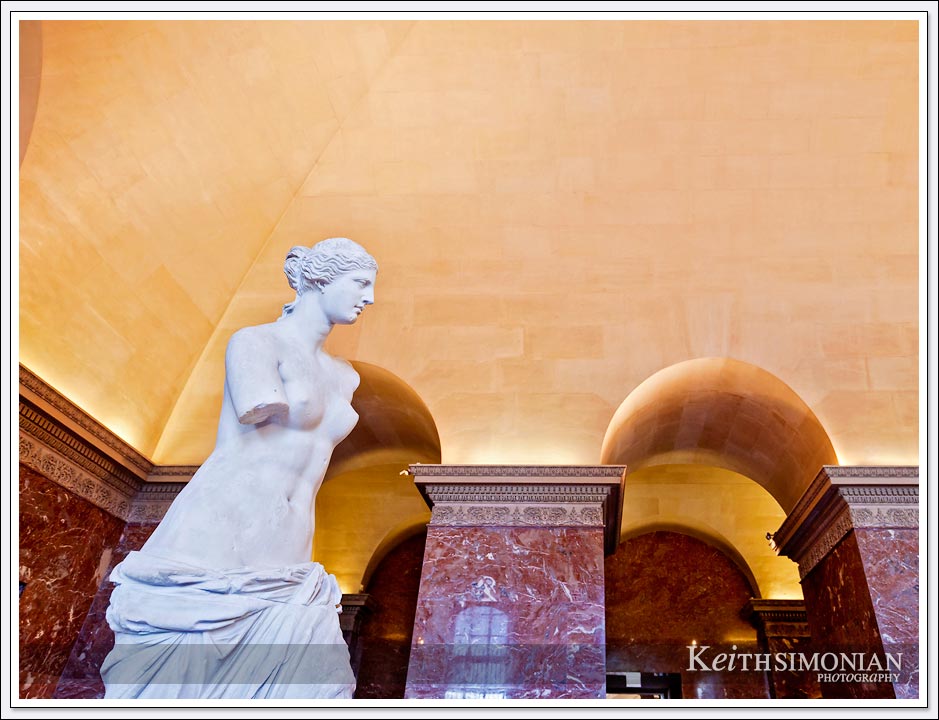 If one is going to see and photograph the entire Louvre Museum in just 3 hours, sometimes getting a photo of the art work’s description goes by the wayside.  That was certainly the case for this bust located in the streaking late afternoon sunlight. 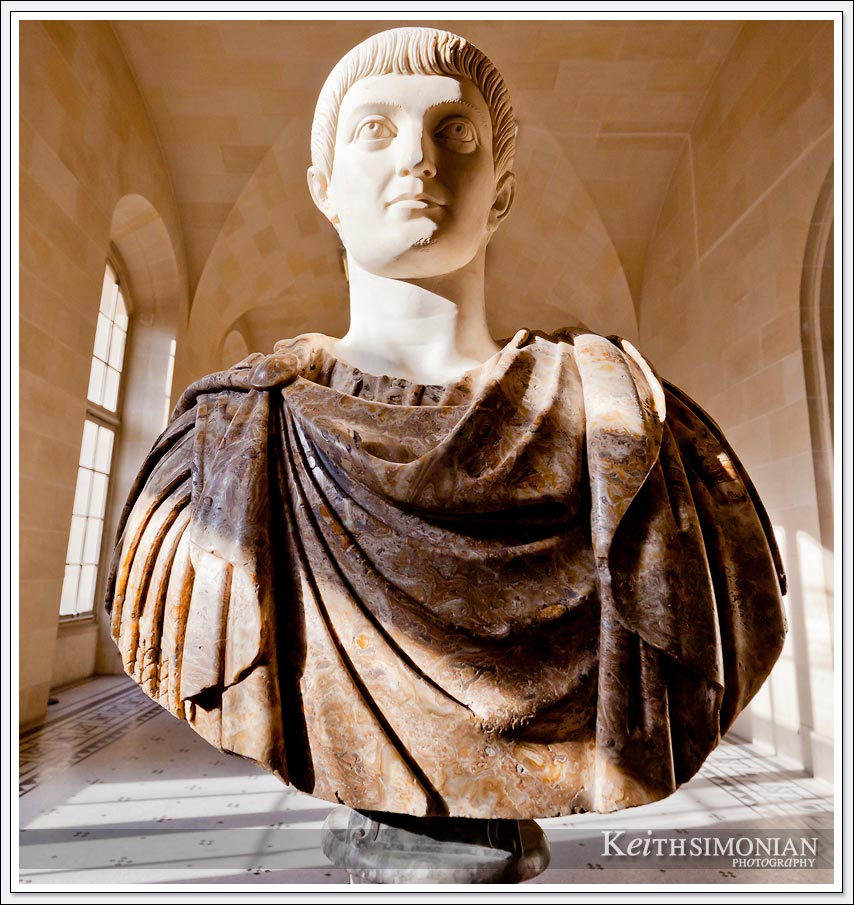 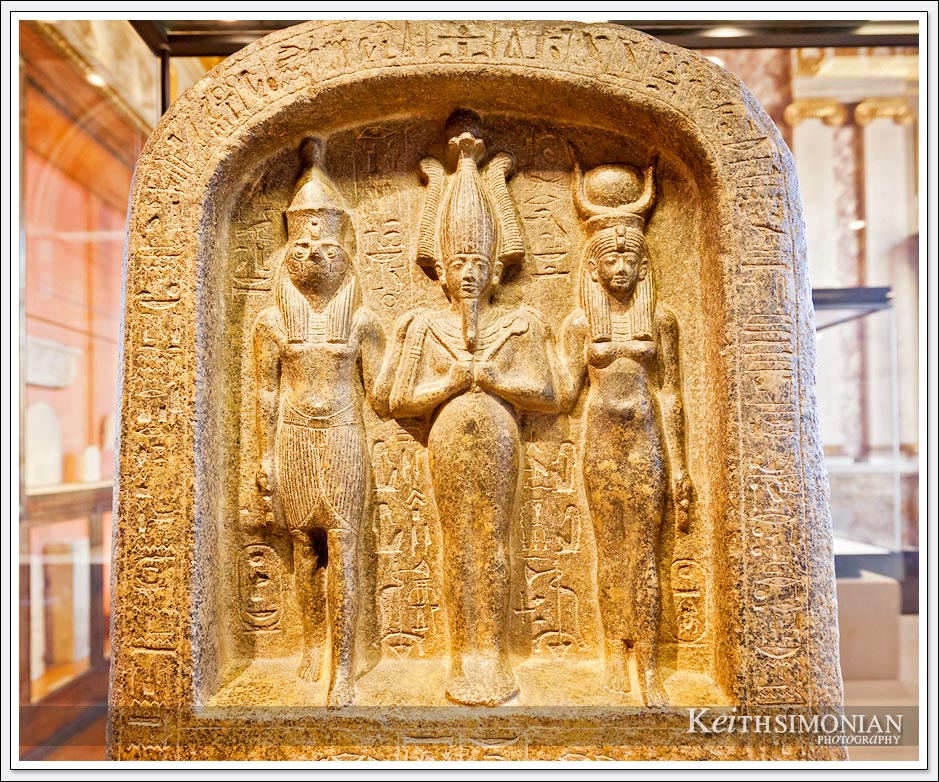 This self portrait painting by Joseph Ducreux looks like it should be called “Right back at you”. Instead the artist called this 1791 painting “Self-portrait in the Guise of a Mockingbird”. Or if you prefer the French version “Portrait de l’artiste sous les traits d’un moqueur”. 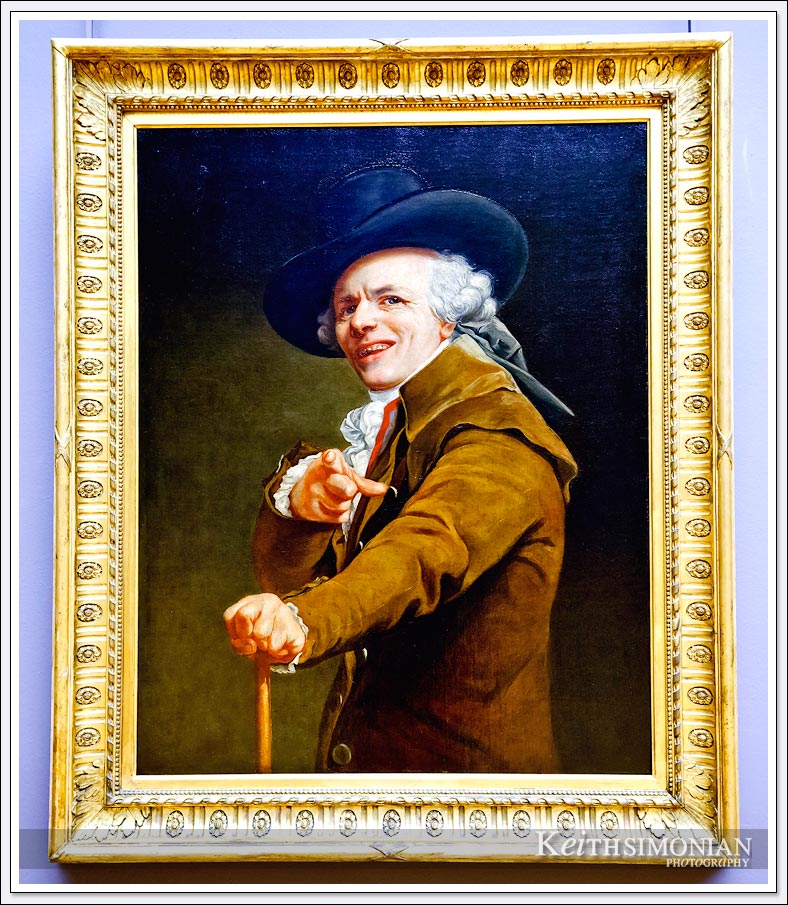 View of the glass pyramid of the Louvre museum which serves as the main entrance and exit point. Because of the time of day, you can see inside the glass pyramid and that once you enter you go down the stairs and then under the courtyard to the surrounding buildings that house the works of art. 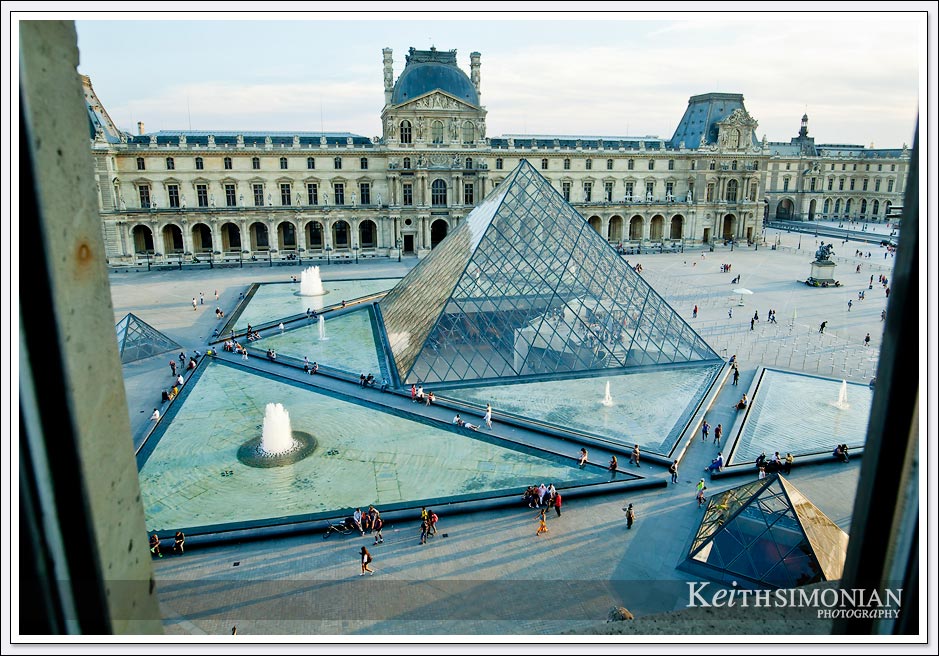 The jet lands at Chicago O’hare airport then it’s just 15 minutes or so to the terminal. 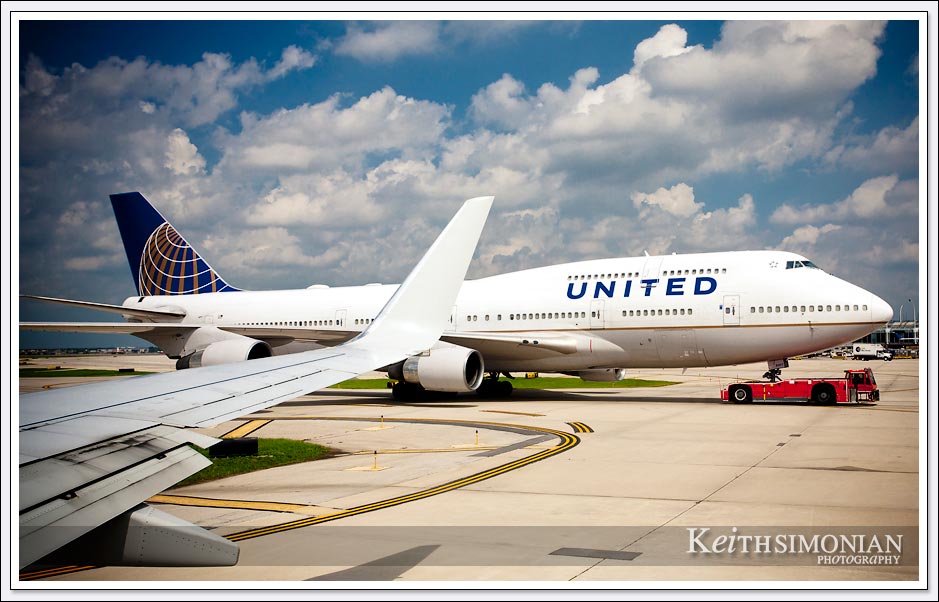 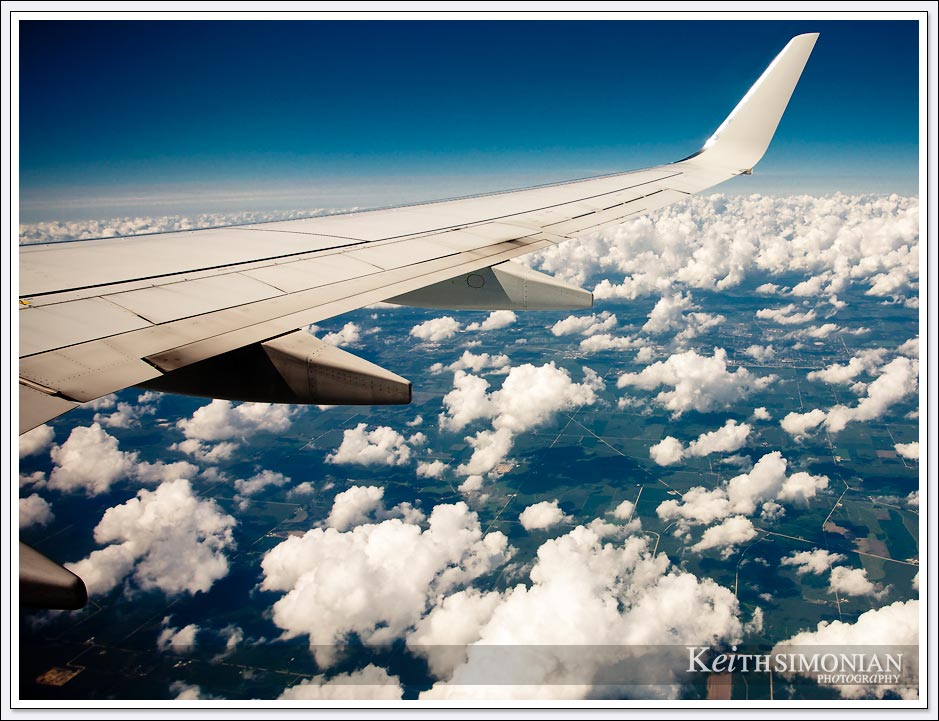 While I could have been driving while taking this photo, I wasn’t. One last photo on our way home. 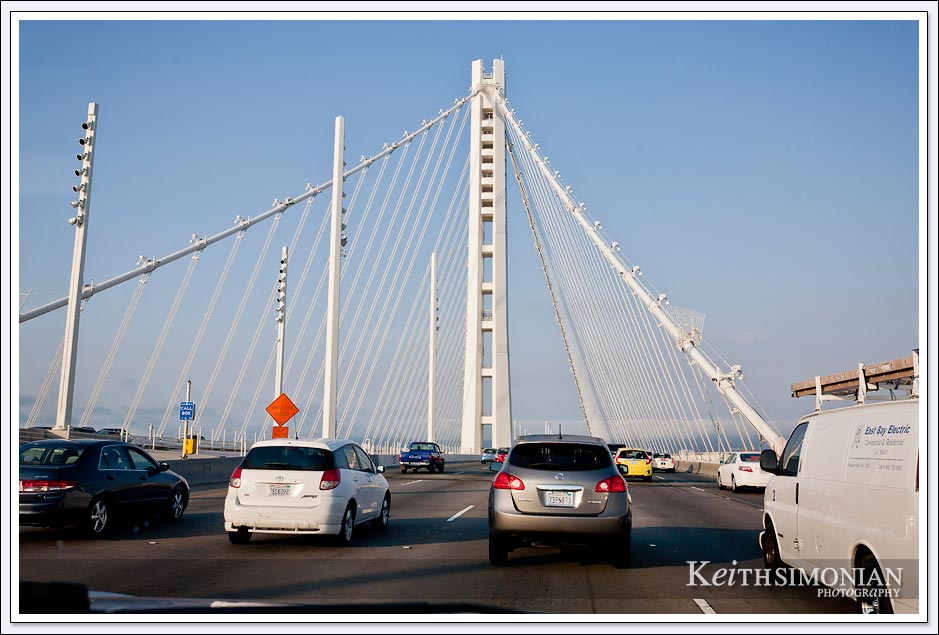