The port of Monaco would be the 2nd stop for our twenty-four day cruise around the Mediterranean. Cruising into Monte Carlo with the sun reflecting off all the high rise buildings that surround the waterfront is an amazing sight. In a port known for the rich and famous parking their large and expensive boats, those of us on the Holland America Cruise ship Westerdam were aboard the largest and most expensive ship in the harbor. 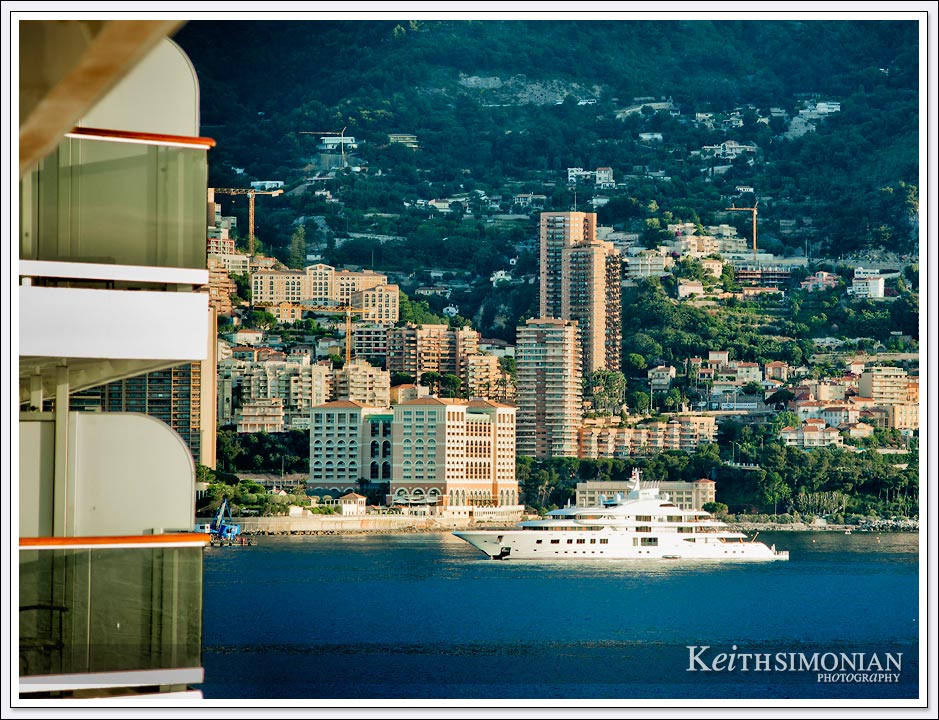 Old world charm in the small town of Èze France. Many times when making this posts about my trips to Europe, I have to use Google to see where we actually visited because after so many days and so many cities I don’t remember all that was seen. When googling Èze France the small blurb that pops up with city information mentioned that the cities elevation ranged from sea level to 2,297 feet. I then remembered all the climbing we did during our visit there. Looking back at the photos I took, we did make it to the church atop the mountain, but not all the way to the summit another 100 or so feet higher. 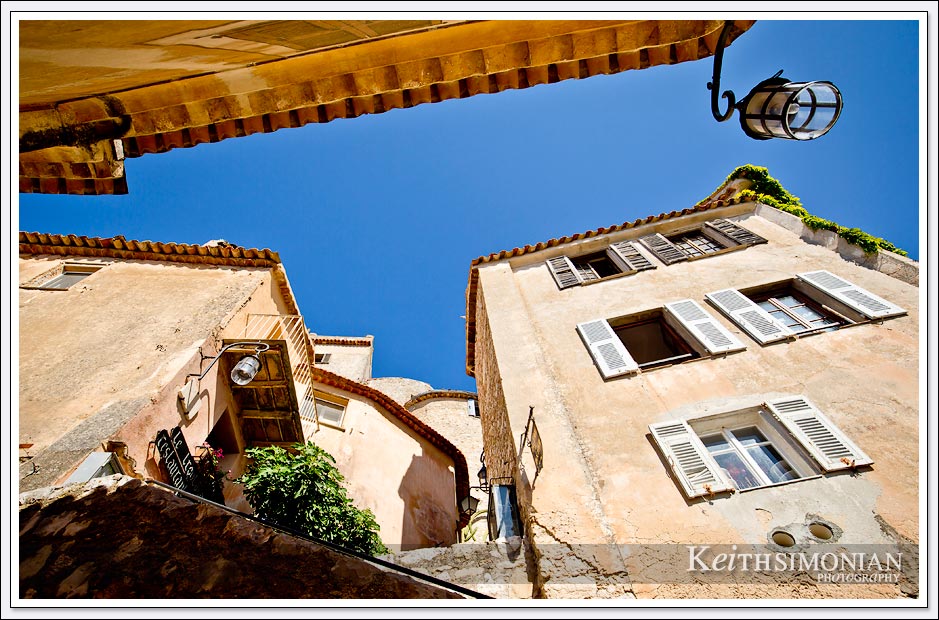 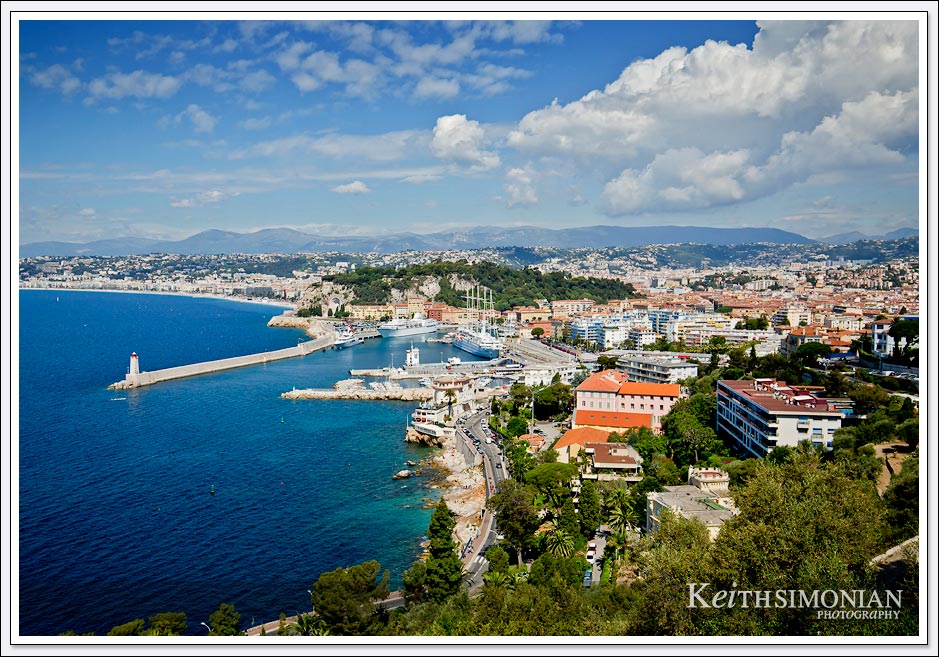 The blurring effect achieved with a slow shutter speed and the proximity of the “spectators” makes it look like the Tour de France was passing through Nice while we were there. Sadly, it wasn’t. 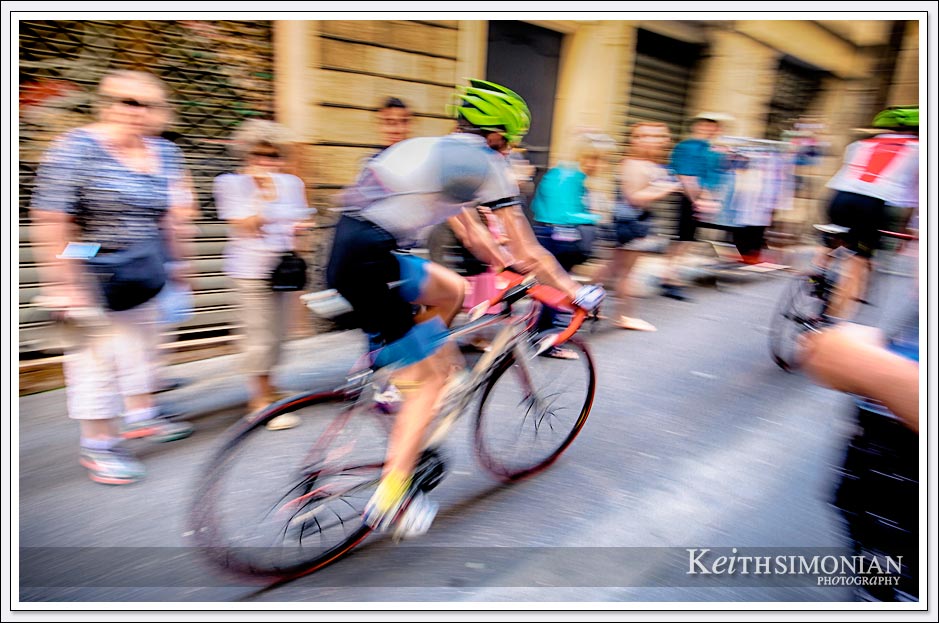 Fine dining the French are known for world wide at Burger King. Home of the Whopper. 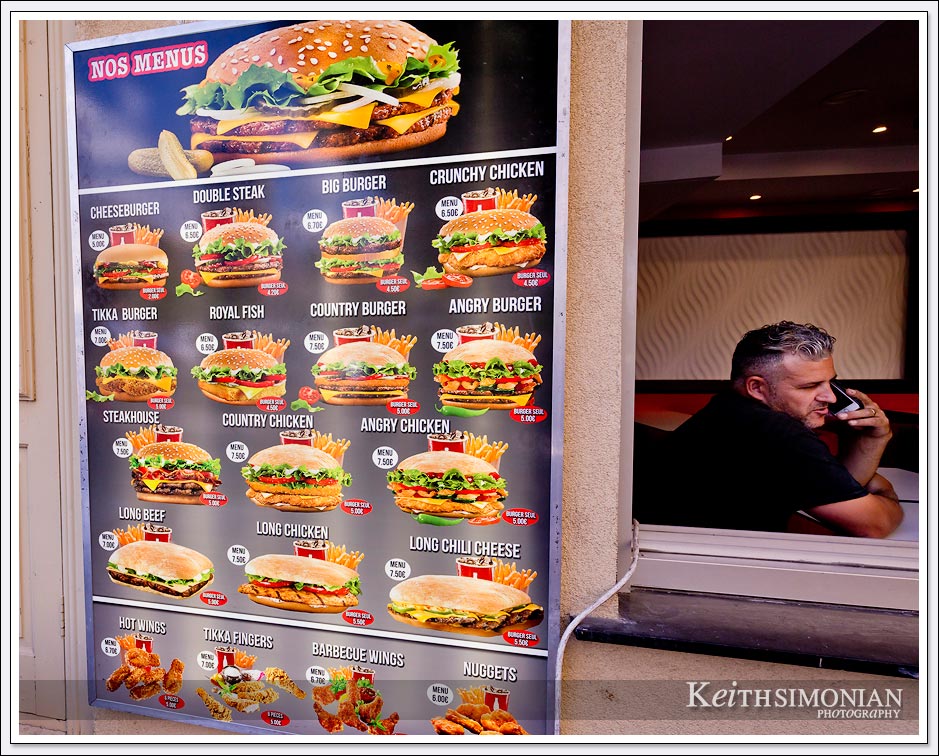 The clouds pass over Saint Nicholas Cathedral in Monaco. 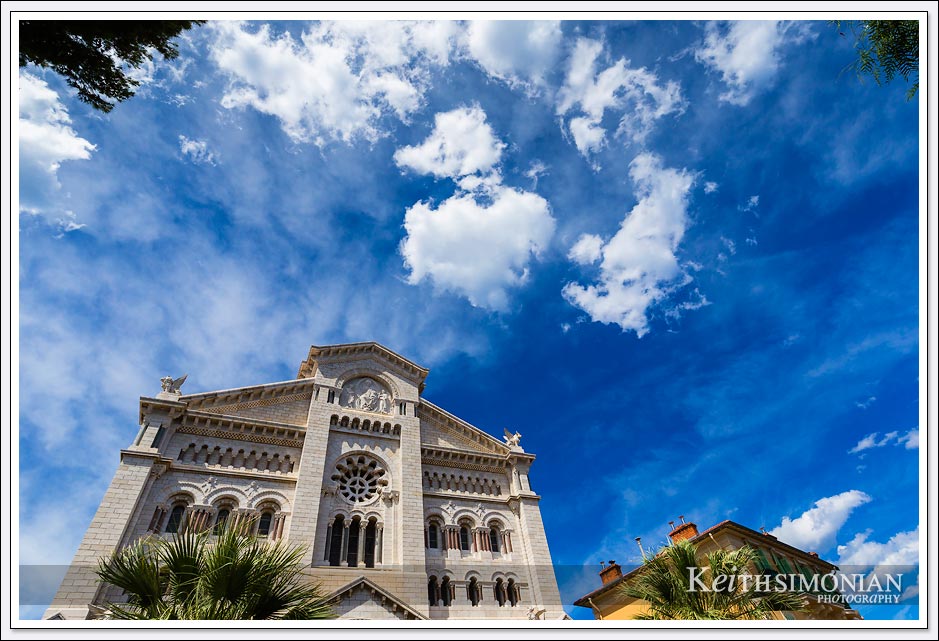 View from above Fontvieille Harbor which is just South of the much more famous Port Hercules where the really big and expensive ships dock. 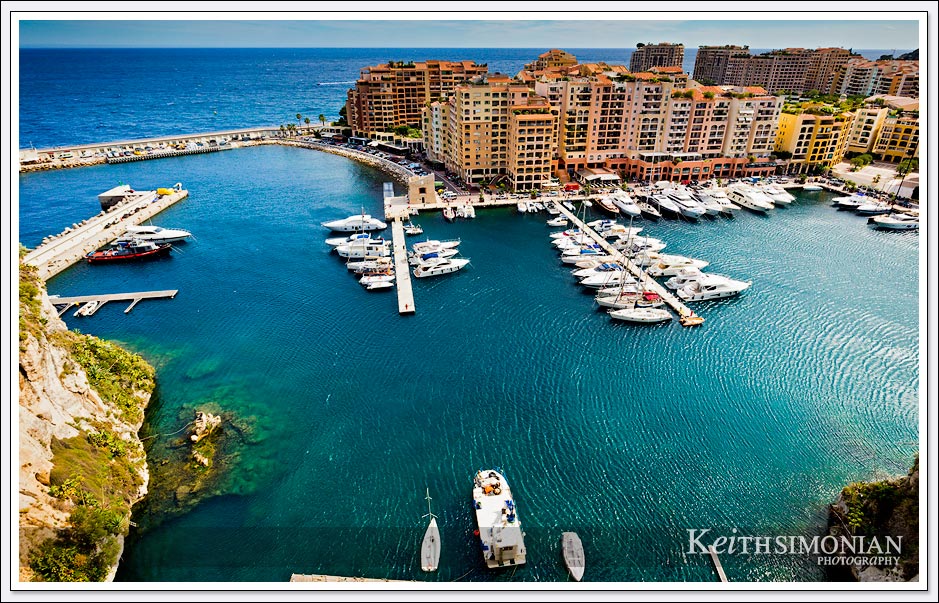 Exclusive view of the interior of Saint Nicholas Cathedral in Monaco. It’s not really exclusive as anybody can walk in a visit the church, but didn’t there seem to be many interior photos when I researched the church. 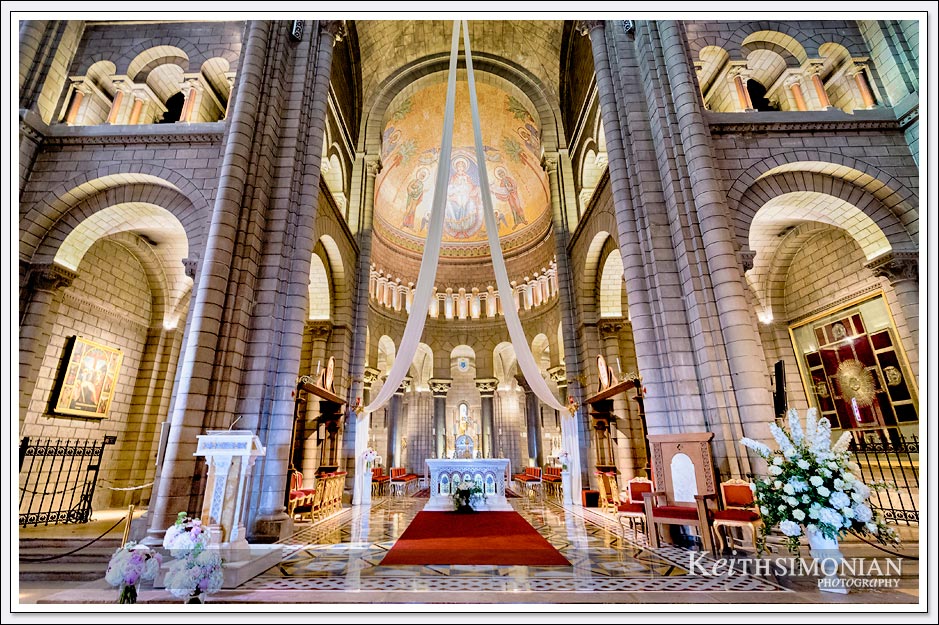 If you are going to visit Monaco, no visit of the where the rich and famous live is complete without taking a photo of your reflection in an expensive shop. 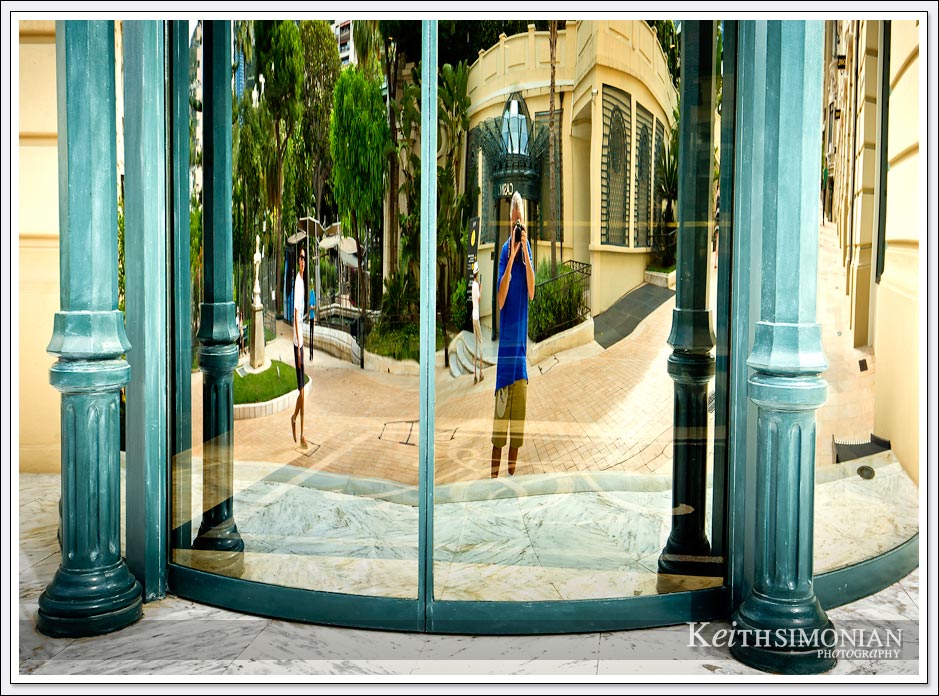 On most days this red Ferrari would be the fastest car in Monte Carlo, but just two weeks before our visit the 75th Grand Prix of Monte Carlo was held, and this Ferrari can hold a candle compared to Formula 1 cars. 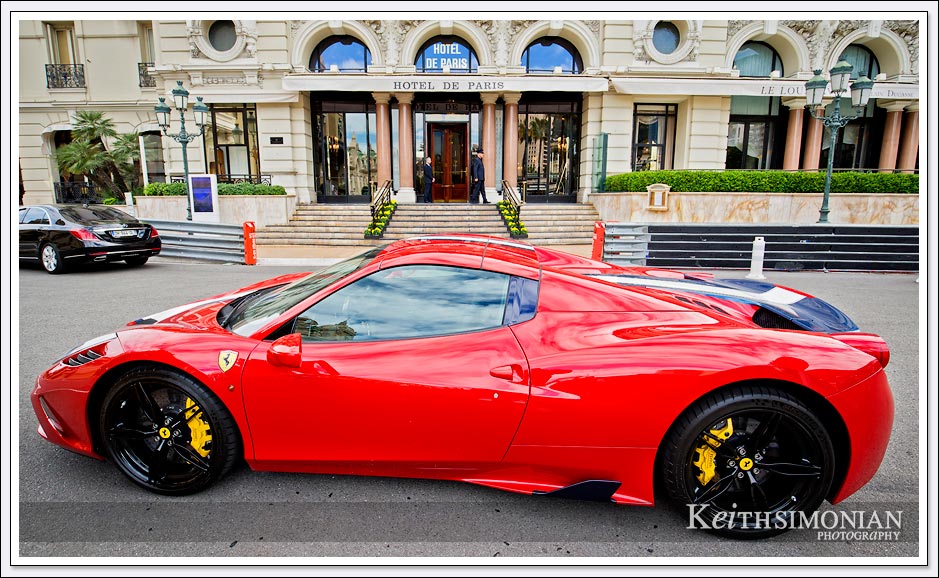 Some google research revealed that the 190 foot Skyfall yacht featured in the nighttime photo of Monte Carlo is for sale with an asking price of just $31,500,000. I could be mistaken, but I did look up this yacht before and months back the asking price was higher. The ship after the 2015 remodel while easily accommodate 17 and the ” luxurious living spaces onboard include a spectacular split-level master suite with his and her bathrooms, private office suite, and spectacular 280 degree views from the king bed.” 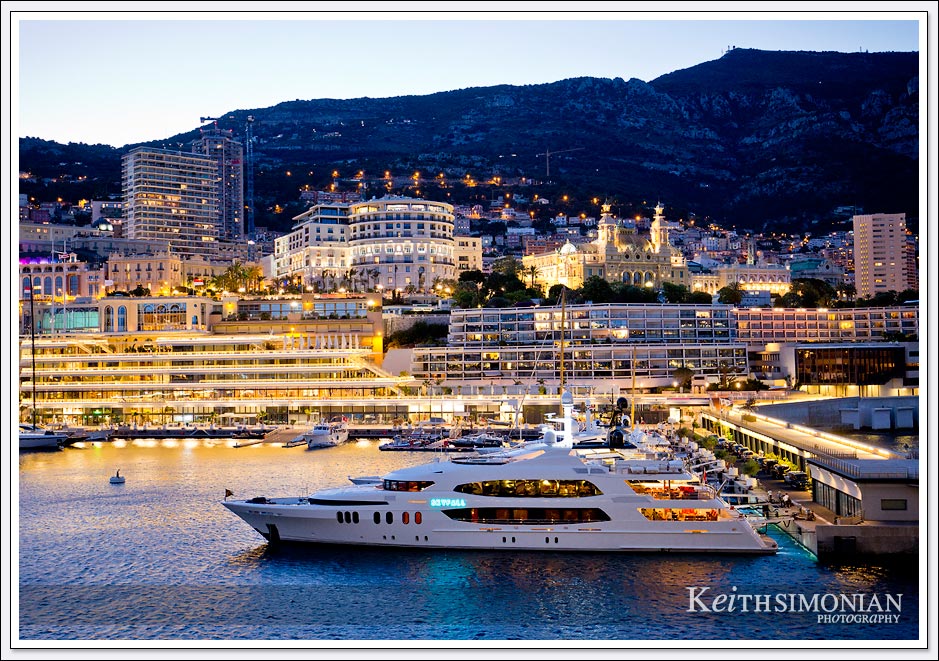