It would have been a good bet that Dallas Cowboy quarterback Tony Romo would have been back in action during the 2016 season after his preseason injury. Turns out he got most of his on the field action while wearing a team sweat suit and standing next to head coach Jason Garrett. By the time Romo was ready to play, his rookie replacement had the starting quarterback job, and wouldn’t be giving it up even in the playoffs. Romo would play in just one game and attempt 4 passes completing three for a total of 29 yards. The Cowboys would enter the playoffs as the number one NFC seed, and would lose their divisional round playoff game to the visiting Green Bay Packers.

Most of the on field action Romo would get during the 2016 season would be while wearing sweats waiting to recover from his preseason injury.  Seems likely he didn’t see his NFL career ending as the 2nd string quarterback. Things didn’t go all bad for Romo, as after he hangs up his cleats he will take the lead NFL game analyst spot at CBS Sports. 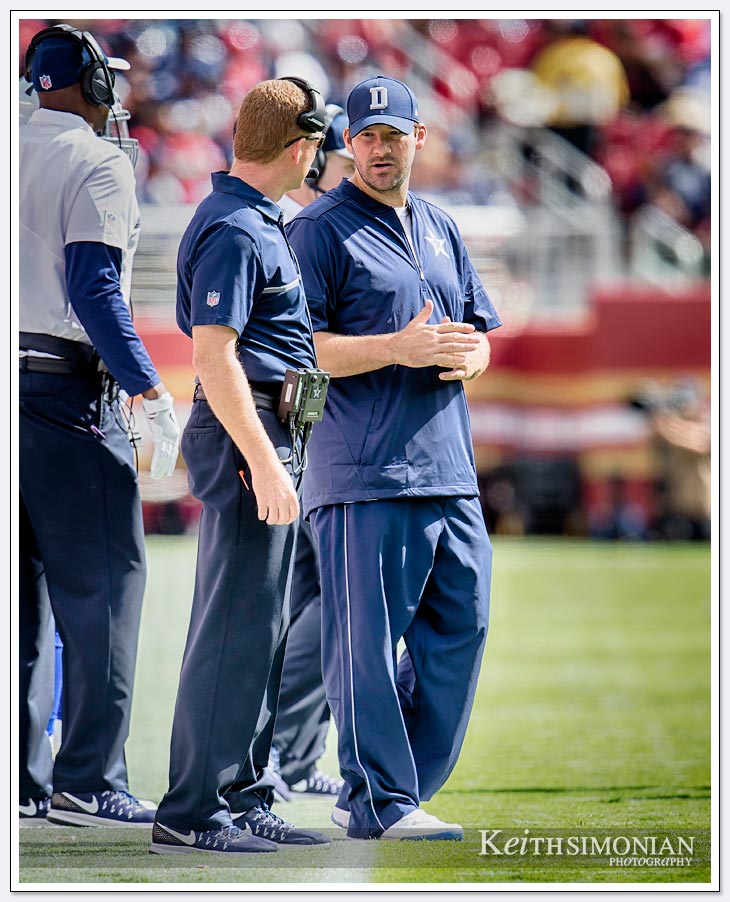 Tony Romo fist pumps to the crowd after the Dallas Cowboys defeat the San Francisco 49ers  on October 2, 2016 at Levi’s Stadium in Santa Clara. 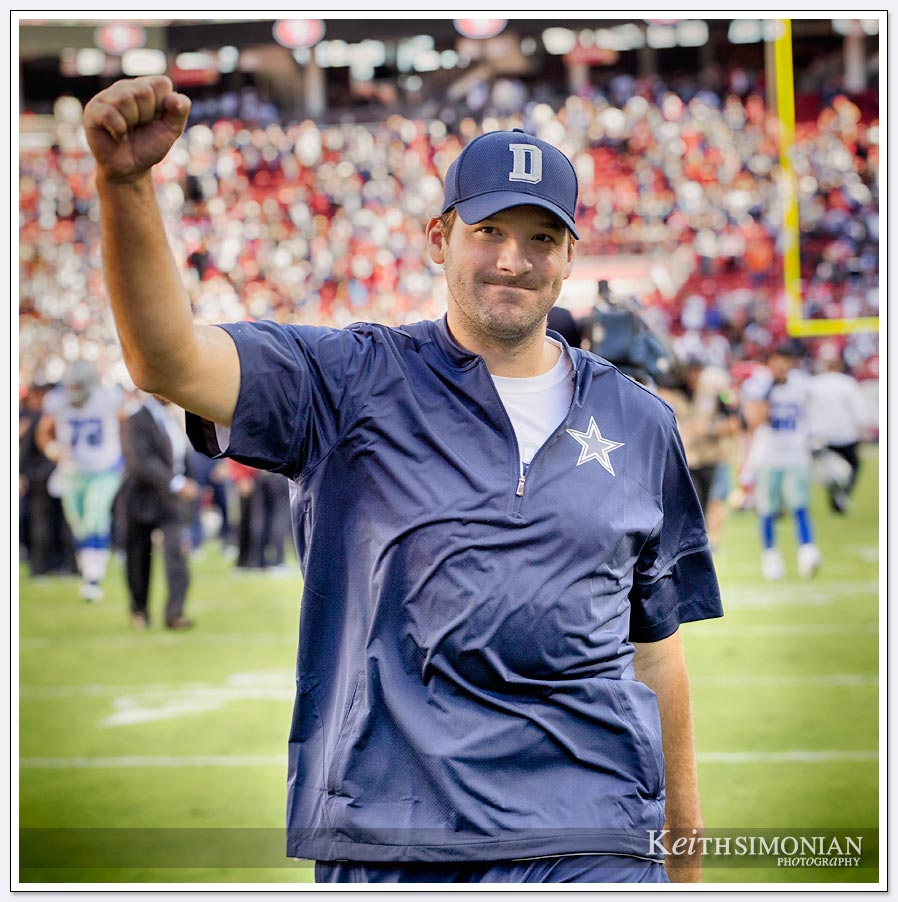