It’s been a really interesting journey for Alex Smith since he was selected first in the 2005 NFL draft by the San Francisco 49ers on April 23, 2005. By “really interesting” I mean the six previous seasons before Jim Harbaugh became head coach of the 49ers this year were filled with mostly disappoint and a parade of  head coaches and offensive coordinators. Due to the strike and lockout before the 2011 NFL season which caused a greatly shortened pre season, the 49ers really had no choice but to stick with Alex Smith for another year.

What a difference a season and a coach who knows how to coach can make. The 49ers went 13-3 during the regular season and earned the 2nd seed in the NFC playoffs. That 2nd seed got them a week off and a divisional playoff game against the New Orleans Saints. It would be Alex Smith’s first ever NFL playoff game. He made the most of the opportunity by leading the 49ers to a 36-32 victory over the Saints in front of 69,732 fans. The win over the Saints means the 49ers will host the New York Giants in the NFC Championship game on January 22, 2012. The winner of that game will meet the winner of the AFC championship between the New England Patriots and Baltimore Ravens in the 2012 Super Bowl to be played  on Sunday, February 5, 2012 at Lucas Oil Stadium in Indianapolis, Indiana.

This photo shows what would be the biggest play of Alex Smith’s seven year career up until that point as he rolled left on a designed run play for a 28 yard touchdown run the put the 49ers ahead of the Saints 29-24 with just over 2 minutes to play in his first ever NFL playoff game. 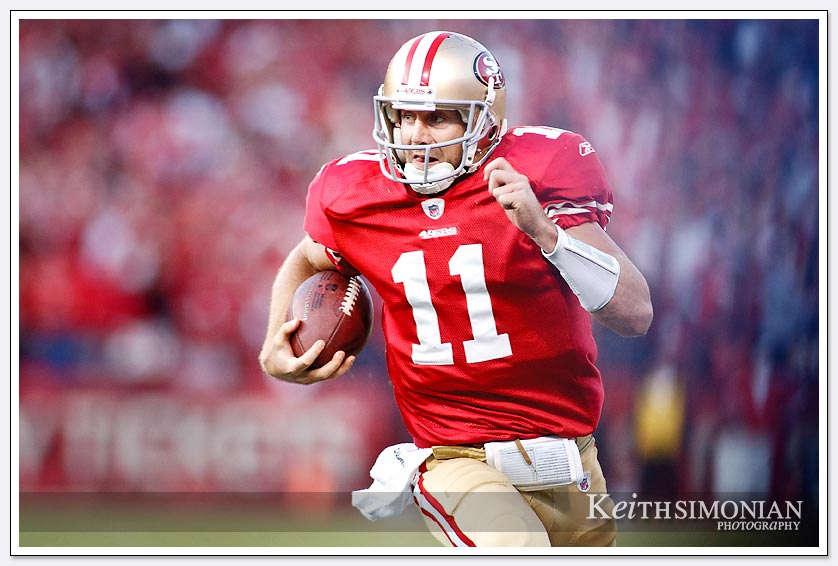 Quarterback Alex Smith and other 49ers congratulate Vernon Davis on making “the grab” which would be the game winning touchdown catch with just nine second left in their Divisional playoff game against the New Orleans Saints. 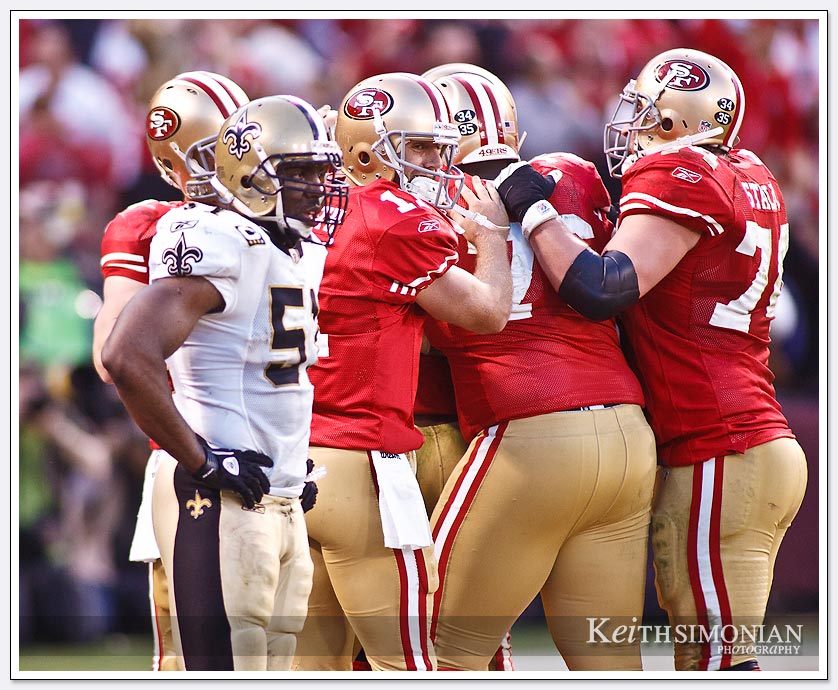 This photo is from Alex Smith’s first NFL game, a pre-season game against the Oakland Raiders on August 13th, 2005. 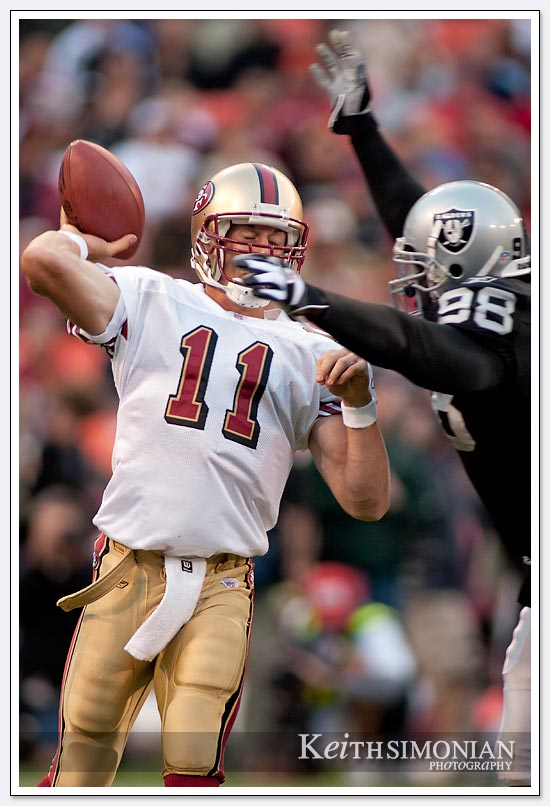 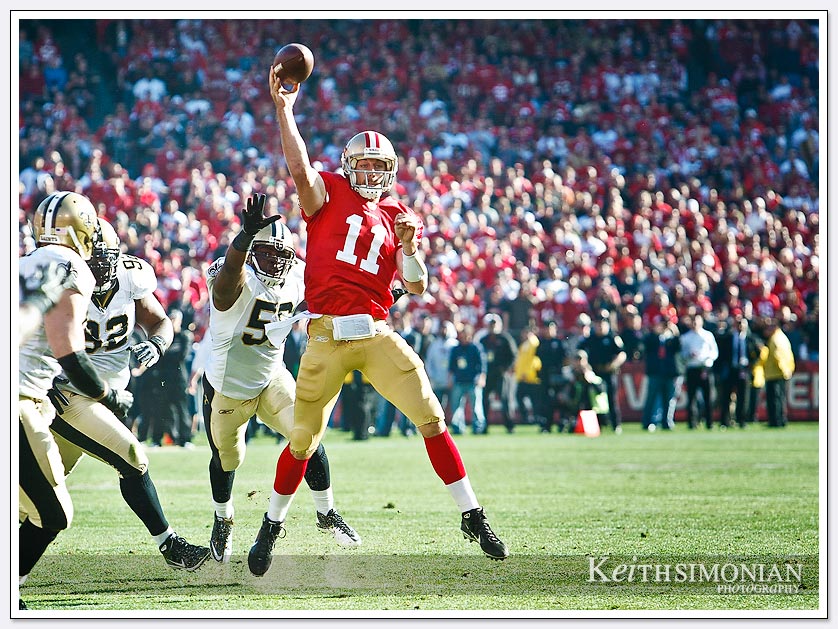 It’s not easy being an National Football League quarterback. Defensive players grab your face mask to try and tackle you. 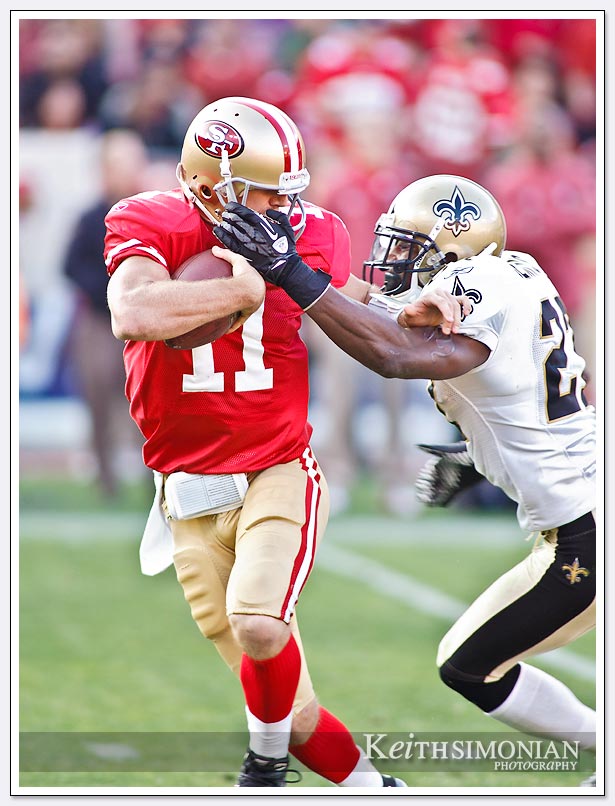 Those defensive players grab your shoulder pads to try and tackle you. 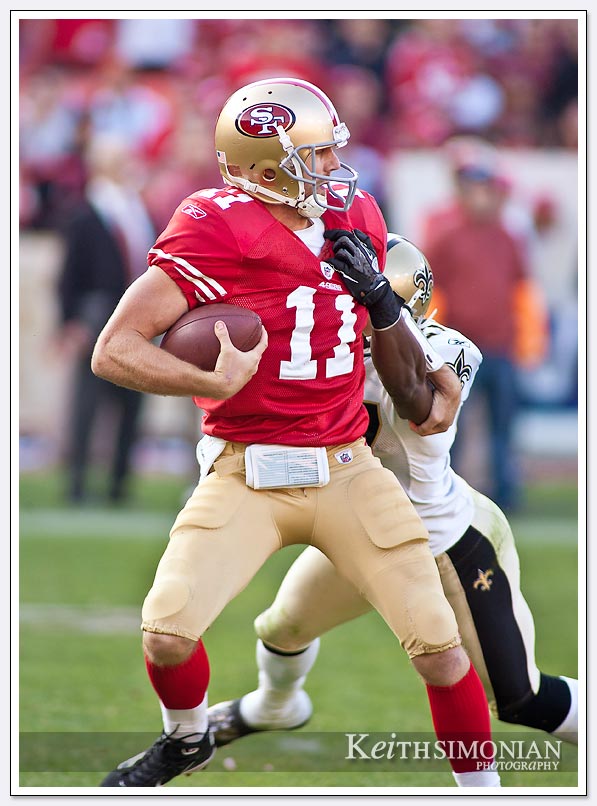 The also grab your jersey to try and sack you. Sometimes one person does all that on one play as was the case with New Orleans free safety Malcolm Jenkins on this series of photos. 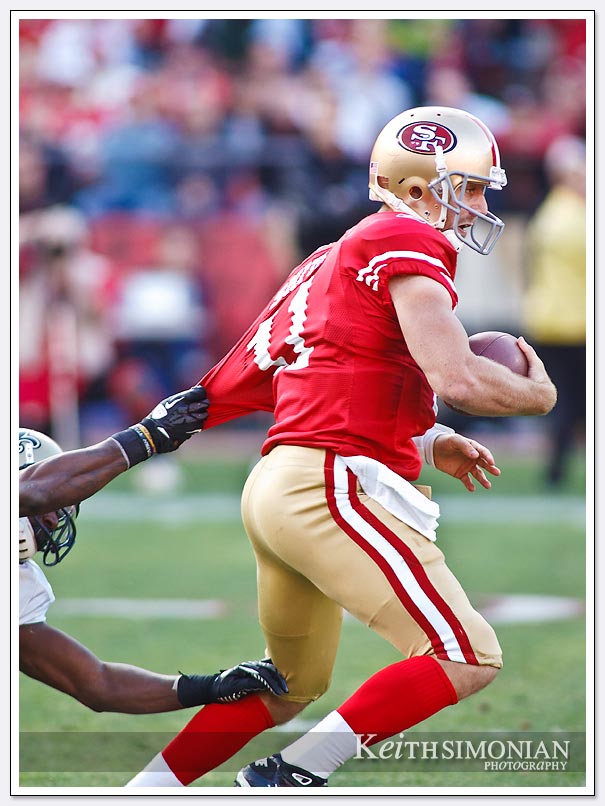 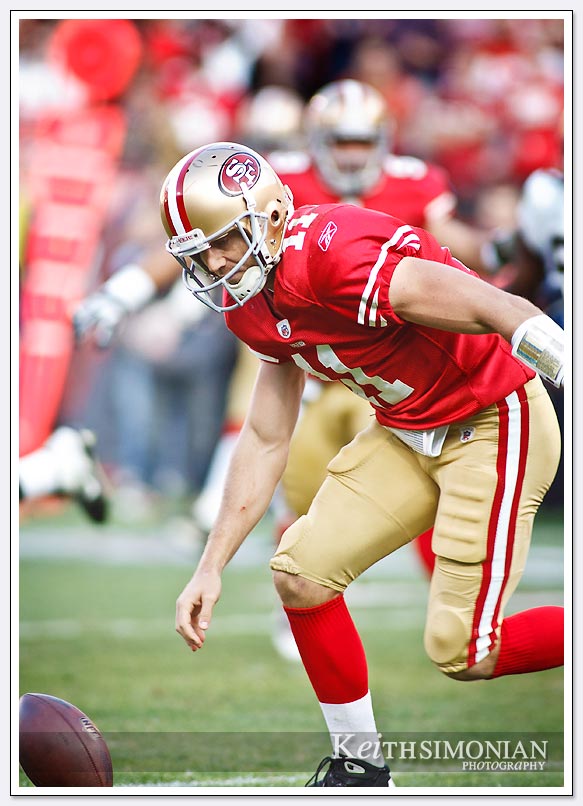 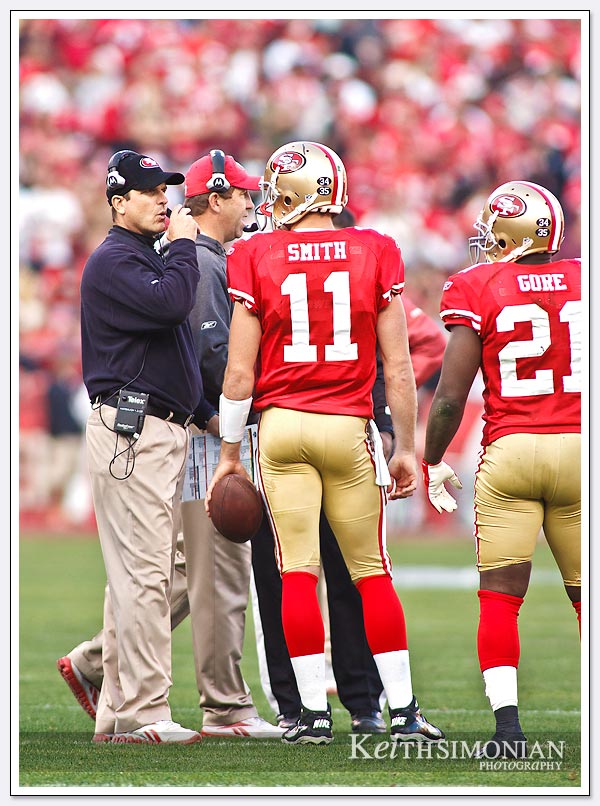 Then after winning the biggest game of your life you just stroll off the field content with a great job of playing quarterback. We shall see Sunday  against the New York Giants if this improbable season for the 49ers continues on to the Super Bowl. 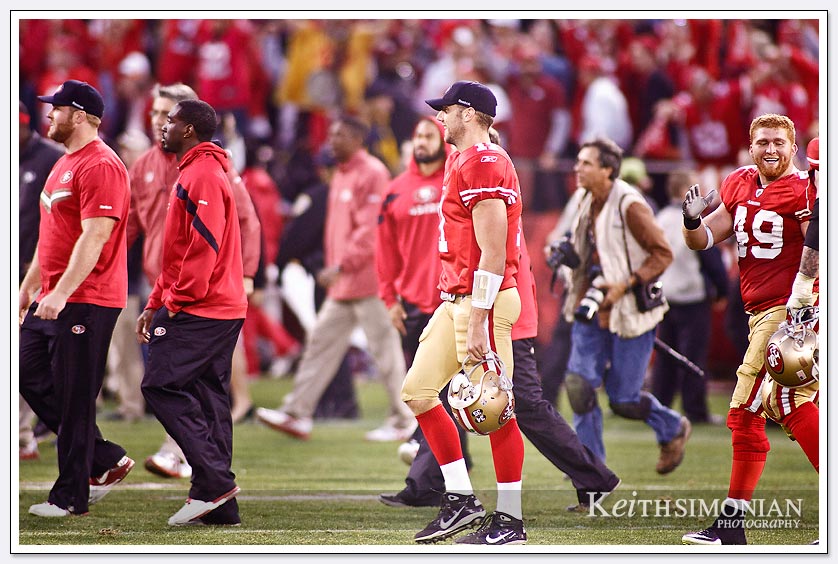