It would be the last stop before the 24 day cruise ended, and it would be one of the longest days off the ship while we explored Florence, Italy. Our ship docked in Livorno, Italy. From there it would be a 1 hour and 45 minute bus ride to Florence before we were let out on our own to explore all of Florence in just a little over 5 hours. No problem, we had a plan.

After our 15 minute walk into town, ( buses can’t drive in town ) we were left off at the steps of the Basilica Santa Croce and told to be back there at 3:15 pm. It was go time. Step one of our plan was to pick up our Firenzecard which allowed us quicker access to the sites we planned on visiting. The Firenz card is really a great deal if you plan on spending a couple days in Florence visiting the famous venues. It was also worth the 72 Euros to avoid the sometimes hours long lines to get in famous site. ( just checked, the card is now 85 Euros ) With a little help from friendly police officers, we were able to find the store to pick up our cards. Our first stop would be the Uffizi Gallery. 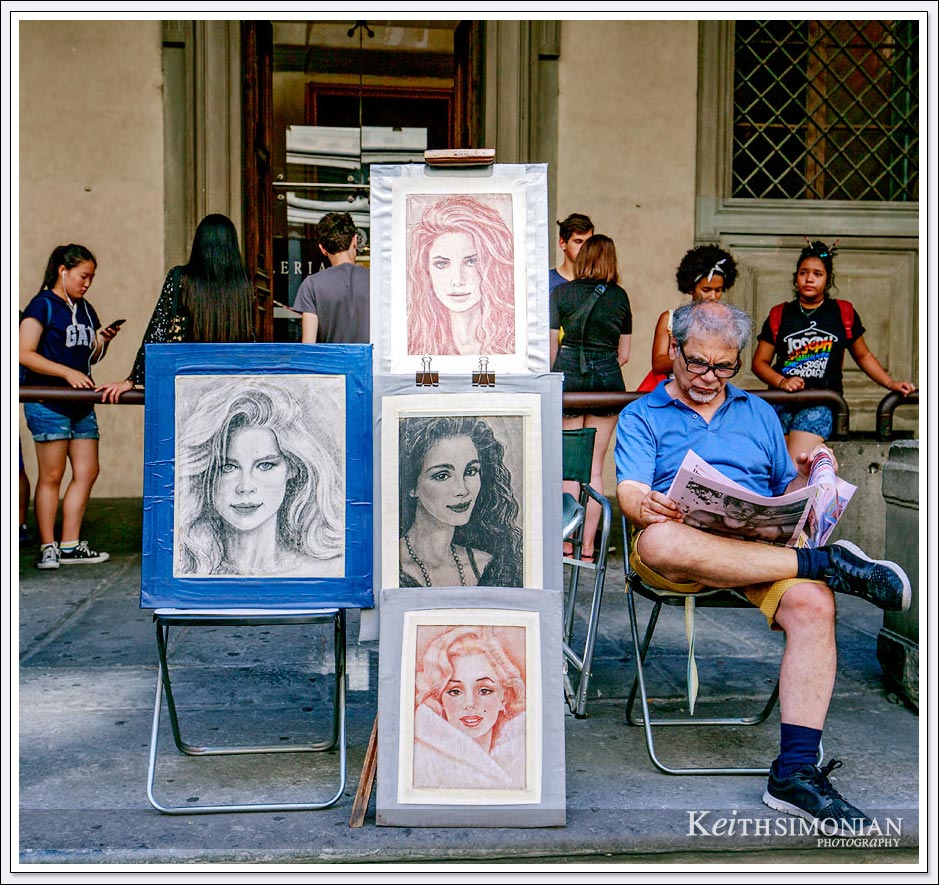 Before viewing artwork from some of the most famous artists in the world inside the Uffizi Gallery, we got to see artwork from a local artist outside. Using the Firenze card got us inside the Gallery in about 10-15 minutes. The regular line was MUCH LONGER. 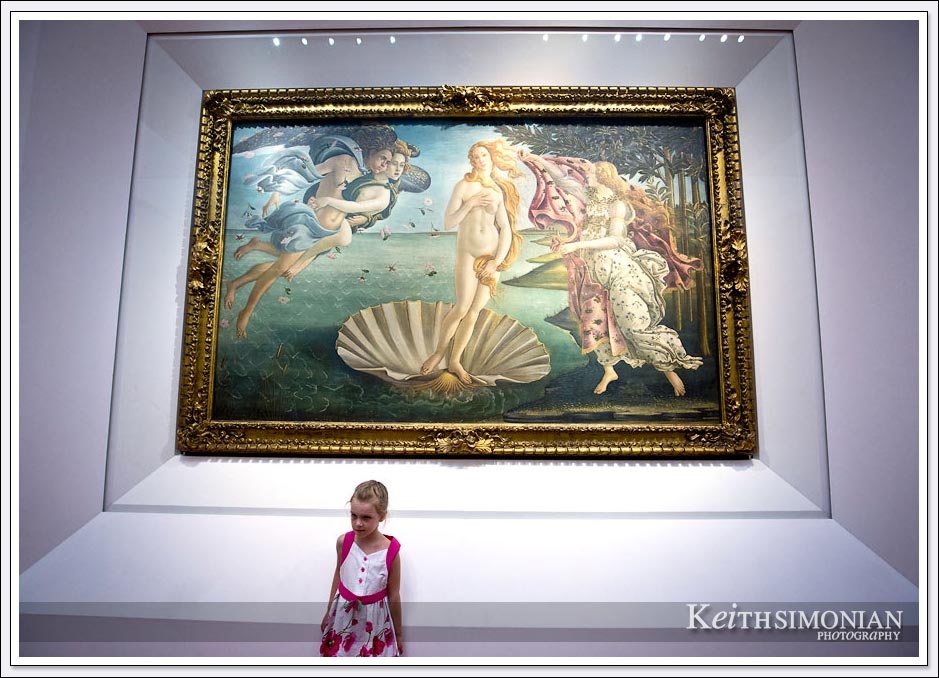 Known as the Birth of Venus by Sandro Botticelli ( painted in mid 1480’s ) with girl standing in front. Judging by the crowd in front of the paint, this would be the most popular image in the Uffizi Gallery. 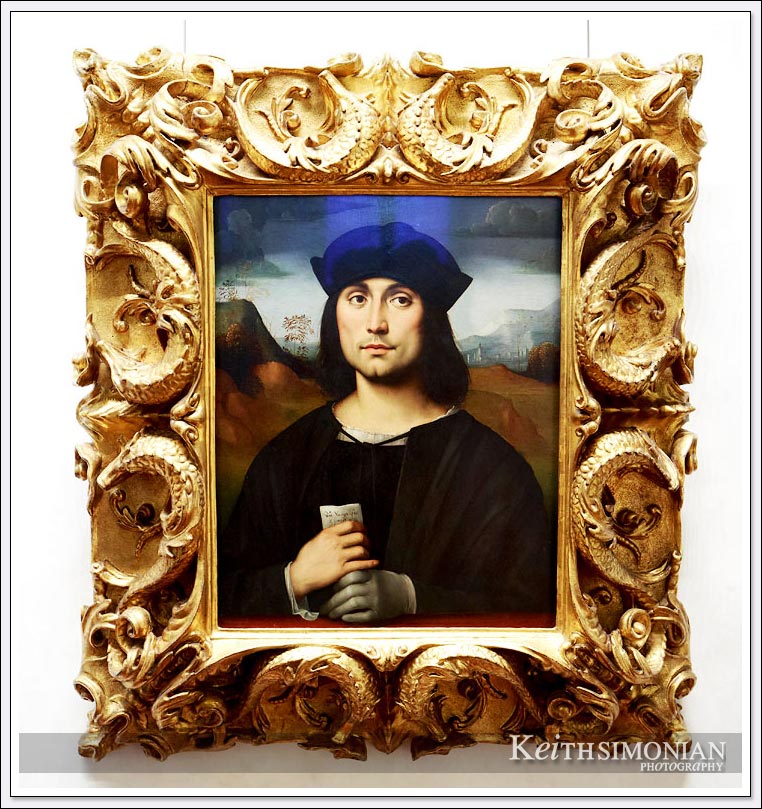 This was my favorite painting in the gallery. I still haven’t been able to find out the artist or subject. Hopefully one of the many thousands who will view this blog post will let me know in the comments. 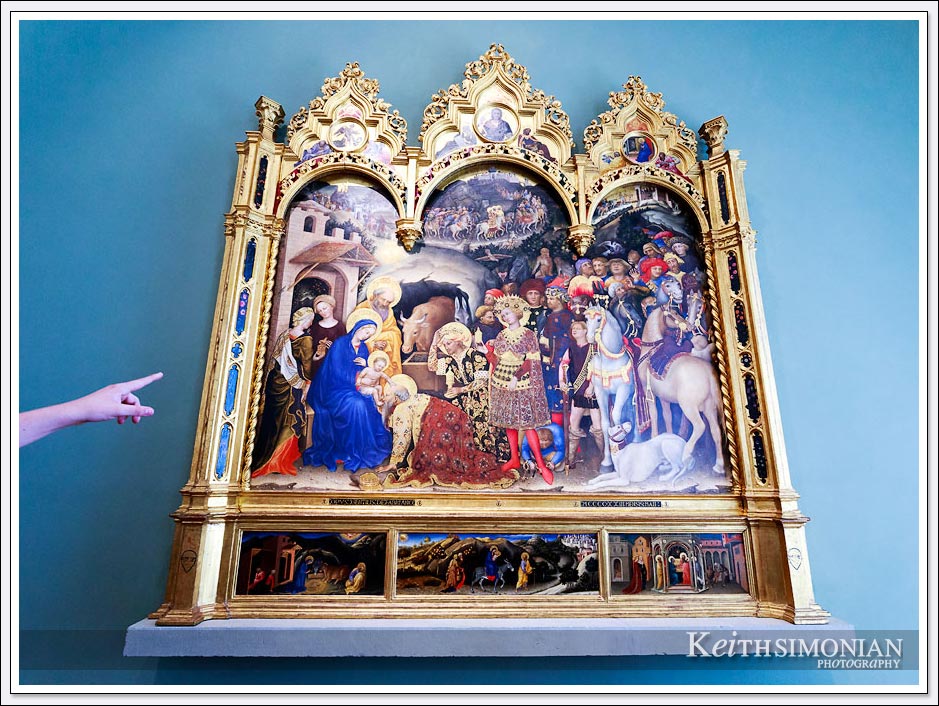 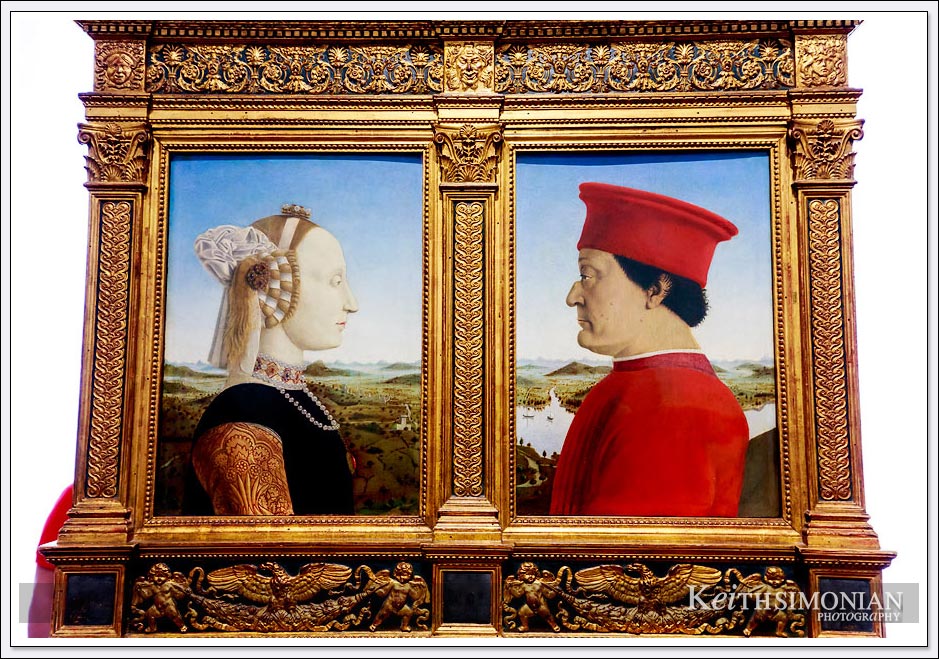 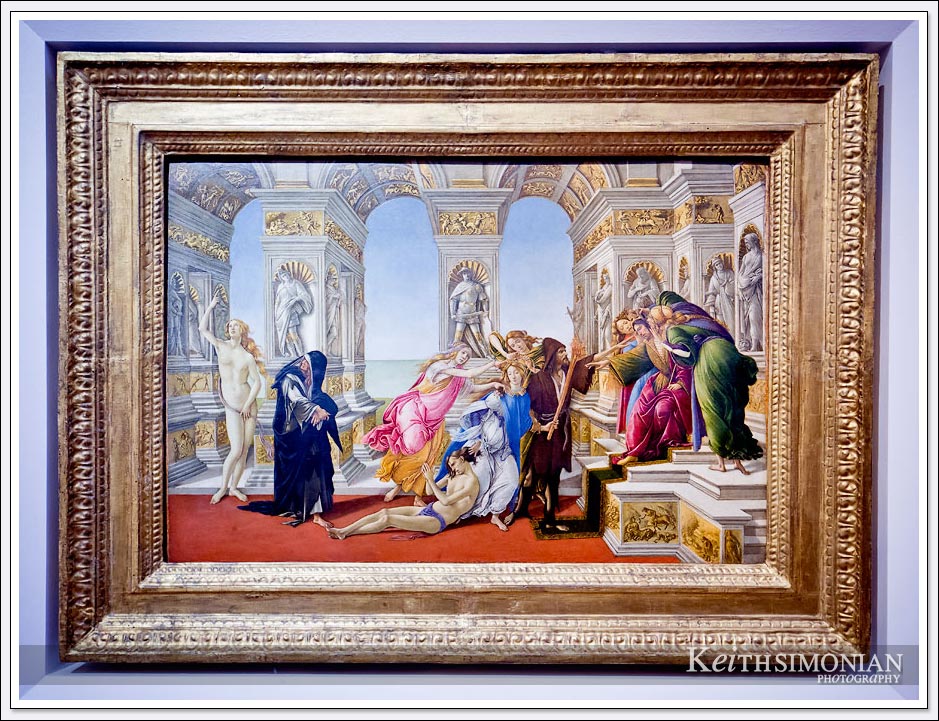 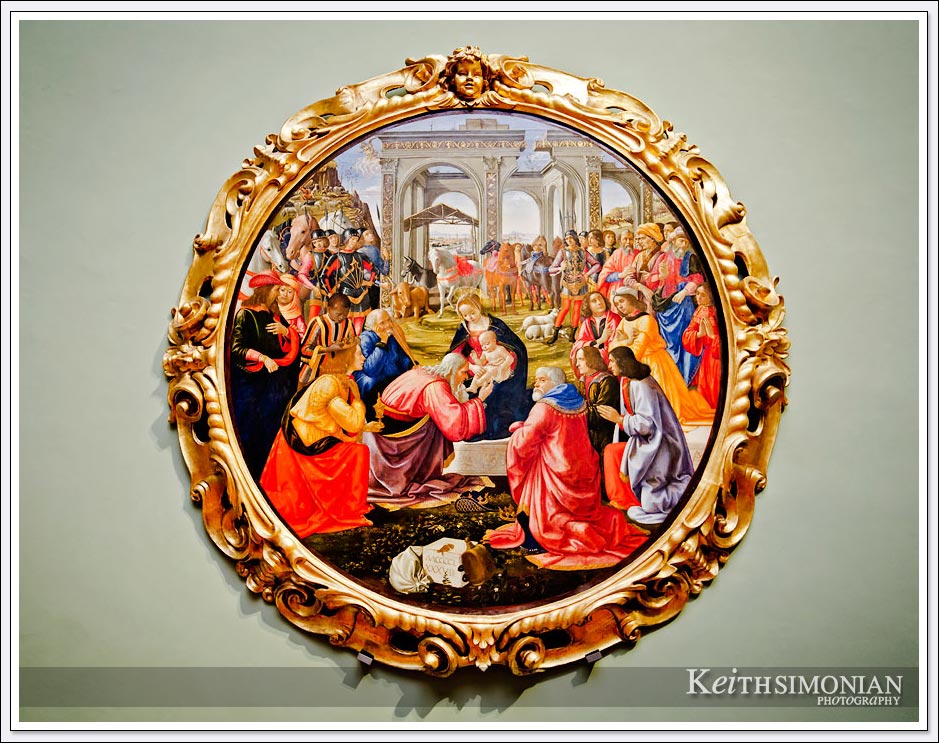 The adoration of the three Kings to the baby Jesus in the arms of the Madonna. 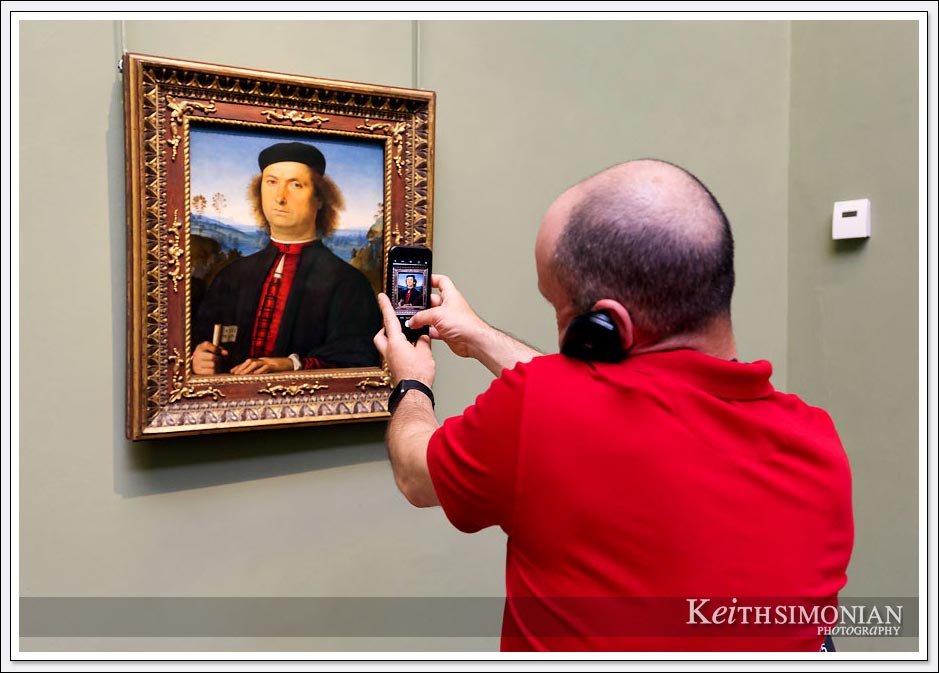 The Portrait of Francesco delle Opere is a painting by the Italian Renaissance artist Pietro Perugino, dating to 1494 and housed in the Uffizi Gallery, Florence. 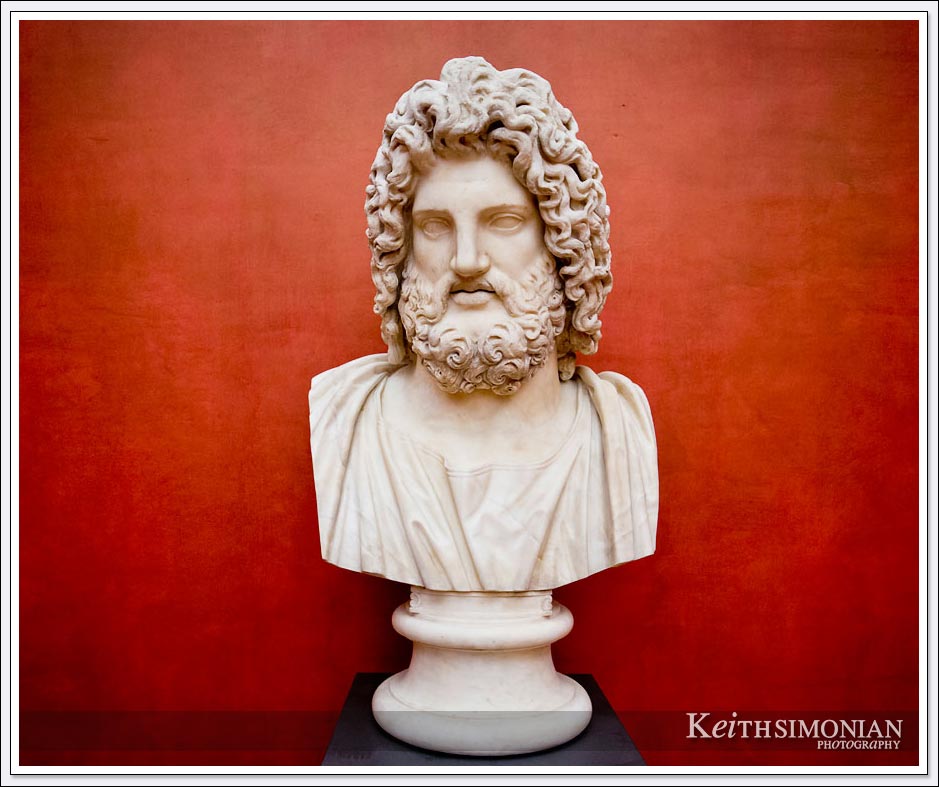 Roman Art – Semi-colossal Marble head of Zeus from the late 2nd Century AD. This statue which can be dated to the Antonine era, harks back to style of Zeus, which the most famous example is by Otricoli which is in the Vatican museums. 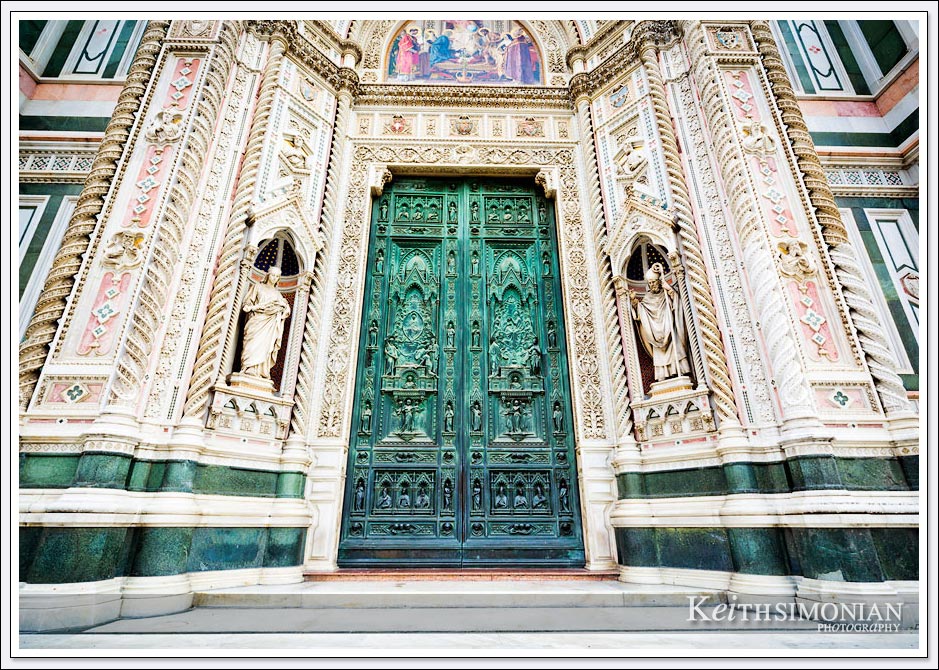