After visiting the Uffizi Gallery it was time to grab some water and sugar water to combat the heat and humidity. Then it was off to see one of the most famous statues in the world. Once again the Florence Card saved us valuable time, and we were able to enter Accademia Gallery in under 10 minutes.  Some people come to see Michelangelo’s David to take a selfie, or pose their small group in front of the statue for a photo, a few come to admire perfection, and some come to document the experience. 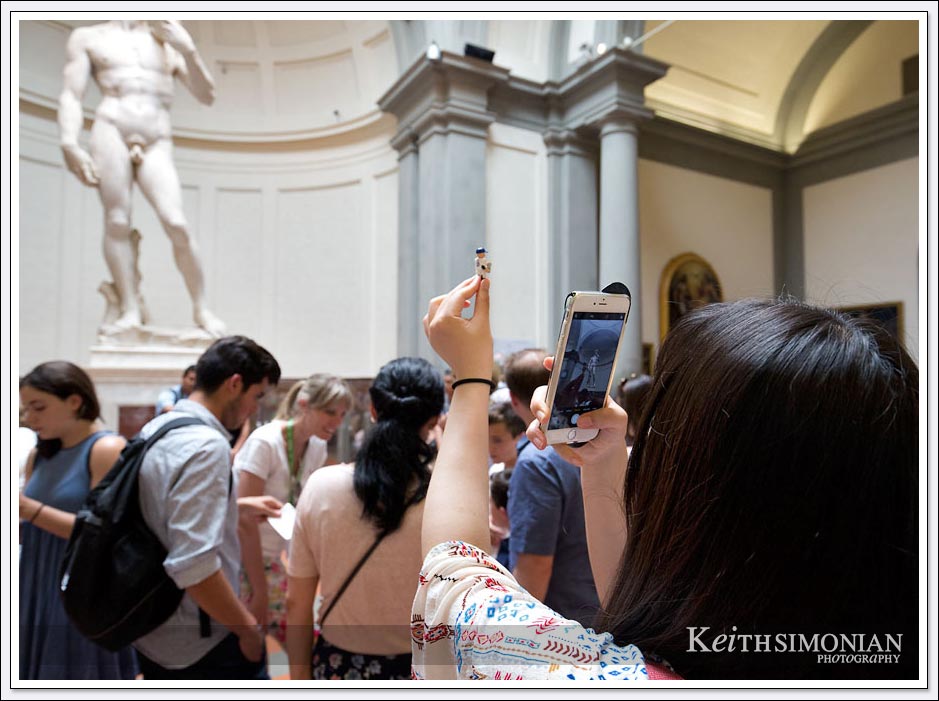 Everybody who visits the David has a different photo in mind. 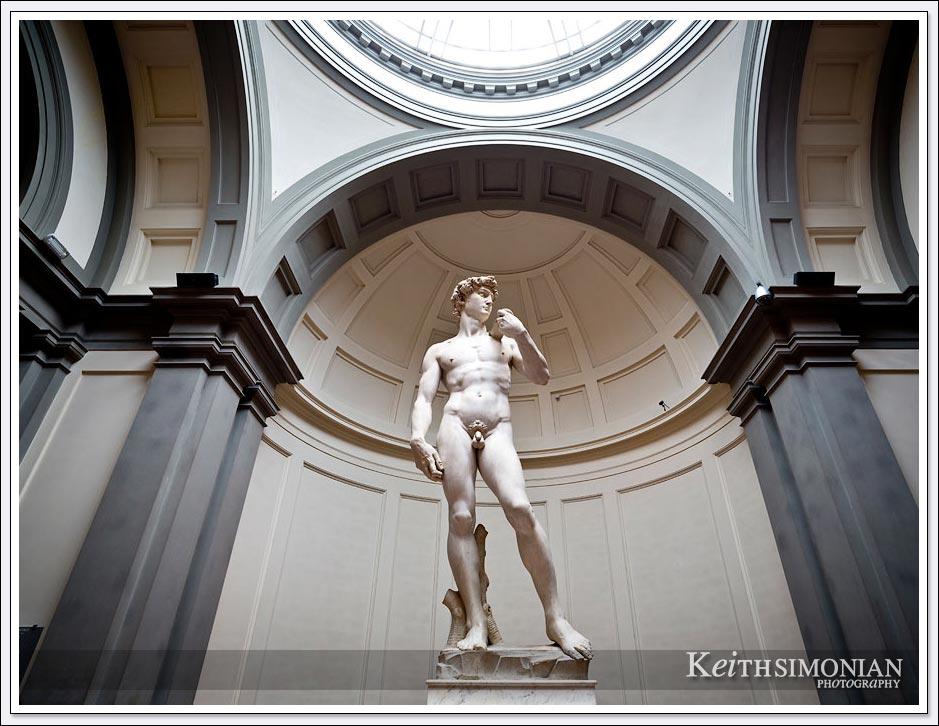 This astonishing sculpture was created between 1501 AD and 1504 AD. Michelangelo was only 26 years old when he started work on the sculpture. 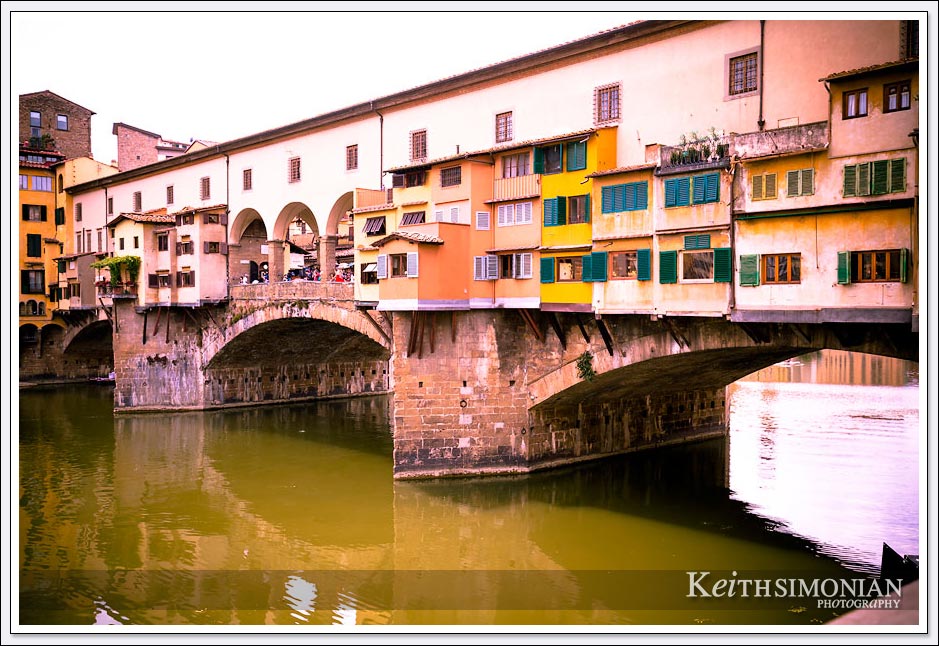 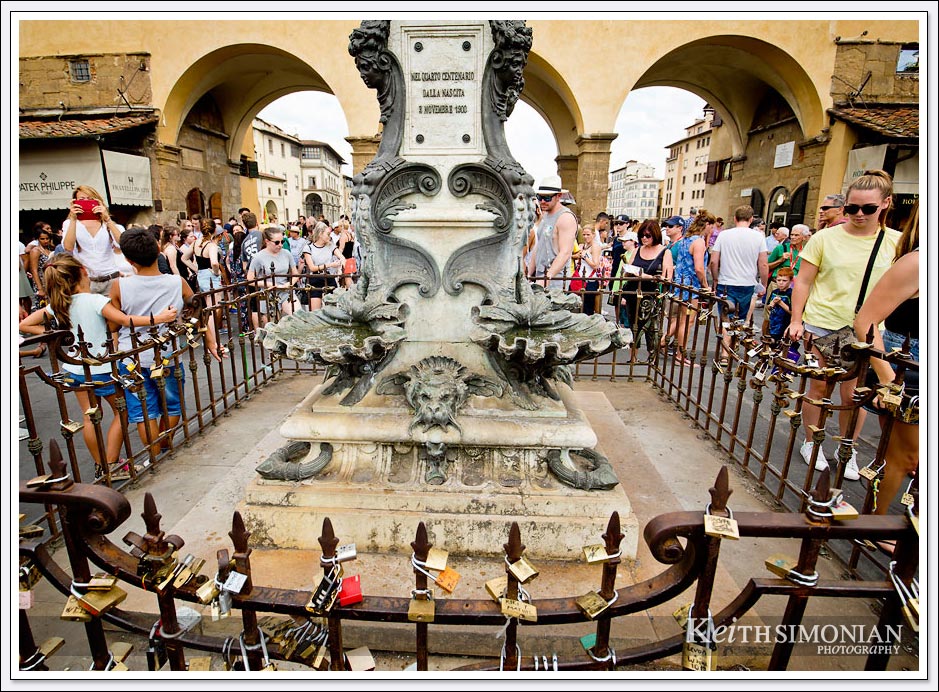 Love locks surround this fountain on the Ponte Vecchio bridge. You can no longer put the locks on the railings of the bridge. 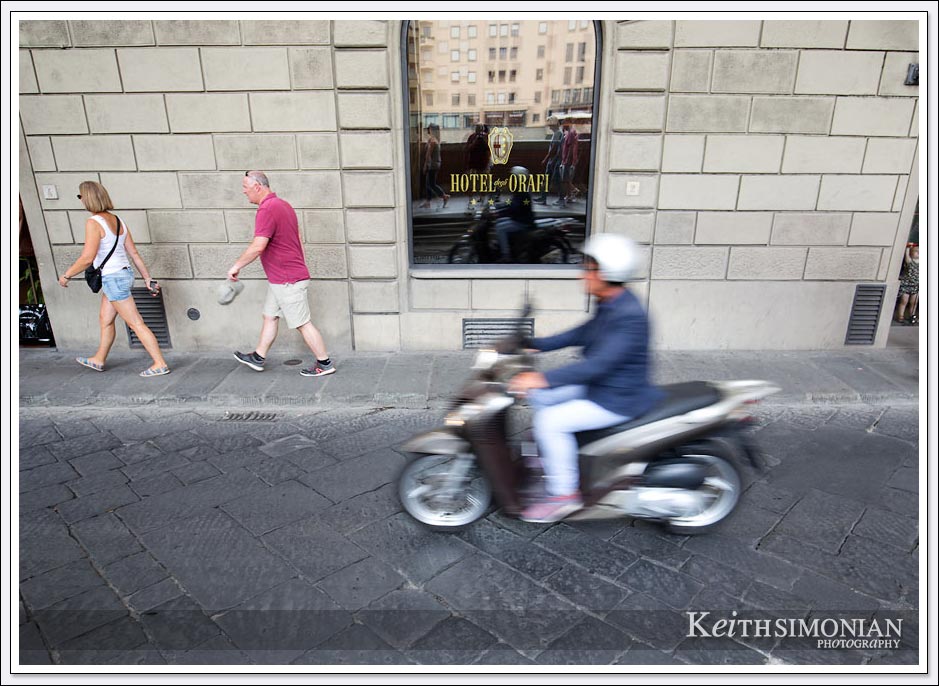 Hotel degli Orafi which sits right along the Arno river. 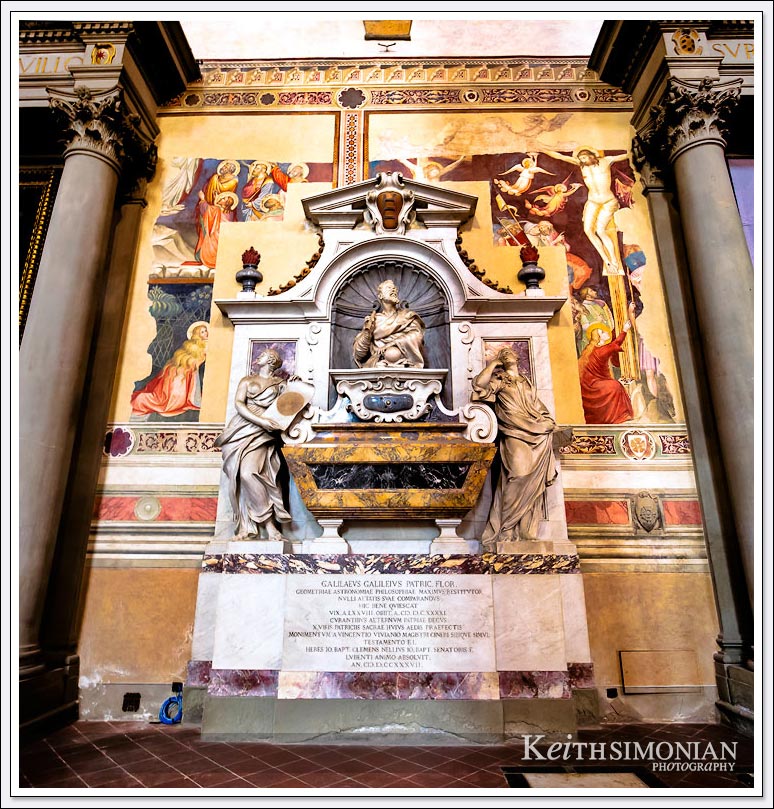 We arrived at the meeting spot outside the Basilica Santa Croce exhausted and ready for a relaxing 1.5 hour ride back to our ship. As we were early, I decided to see if entrance to the Basilica was included on the Florence card. It was. ( I think the entrance fee was 7 Euros otherwise ) Our guide who brought us into the city mentioned it was a nice church, but she didn’t say it was must see. Welp, I had 20 free minutes, I was going to see and photograph all I could see. So it was 20 minutes of walking fast and taking all the photos I could so I wouldn’t miss the bus ride back to Livorno.

As I mentioned, the guide that brought us into the city to view on our own mentioned this was a nice church, but she didn’t try to sell it. I don’t know why. Two of the most famous people ever to walk the planet Earth are buried there. I took this photo, and then moved on quickly to capture all I could in the alloted time. Only after arriving home and doing some research did I find out this is the tomb of Galileo Galilei. Yes, that Galileo guy. Turns out the Earth wasn’t the center of the Universe. 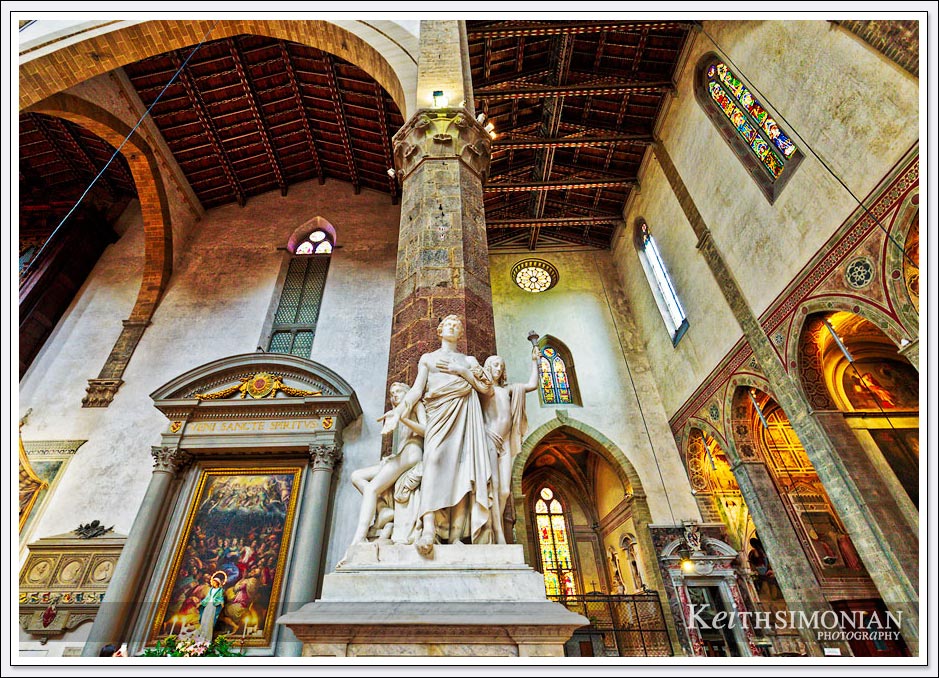 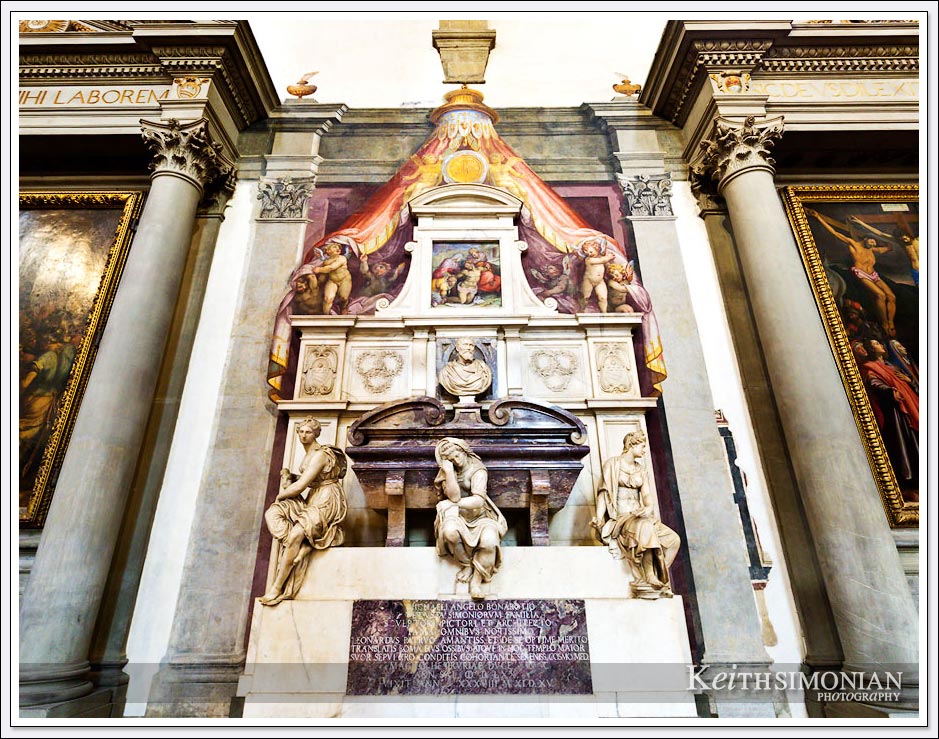 Wish I could claim I stopped and pondered the great man while taking this photo. But time was short, and had to photograph all I could. Turns out this is tomb of Michelangelo. Nobody was paying any attention to it. It just appeared as another “display” in Basilica Santa Croce. It’s just my gut feeling, but if Elvis had been buried in this location, there would have been a long line of people waiting to view his memorial.