Barring an unlikely 3 game collapse by the Seattle Seahawks that would cost them the NFC West division title, the San Francisco 49ers have played their last Sunday game at Candlestick Park. In this last scheduled Sunday game, the San Francisco 49ers defeated the visiting Seattle Seahawks 19 to 17 on Phil Dawson field goal with 24 seconds left in the game.

The stadium is set to be demolished after the 2013 NFL season as the team will the play at the new Levi’s stadium in Santa Clara.Â The last and final 49er game at Candlestick park is the Monday Night Football game that is scheduled for December 23, 2013. 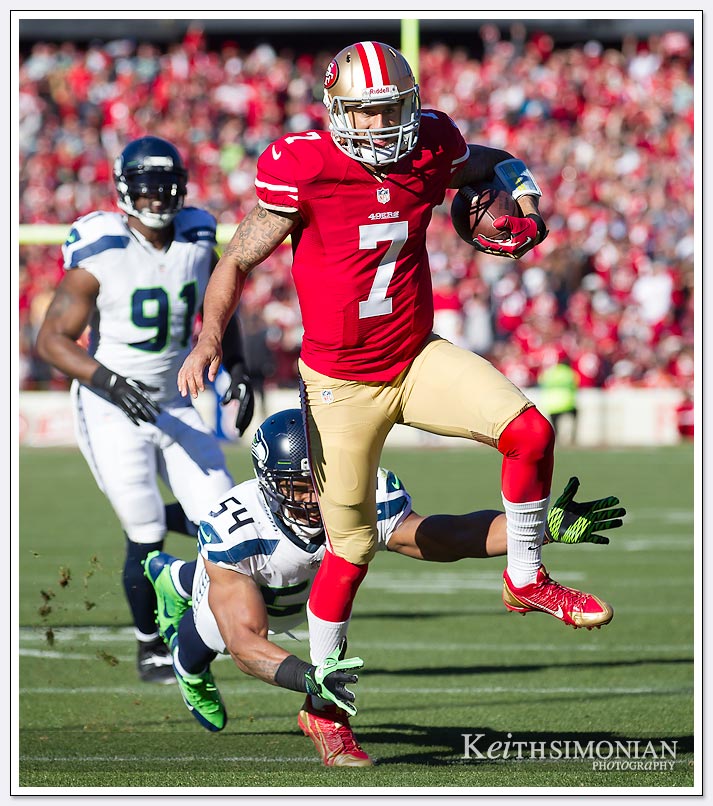 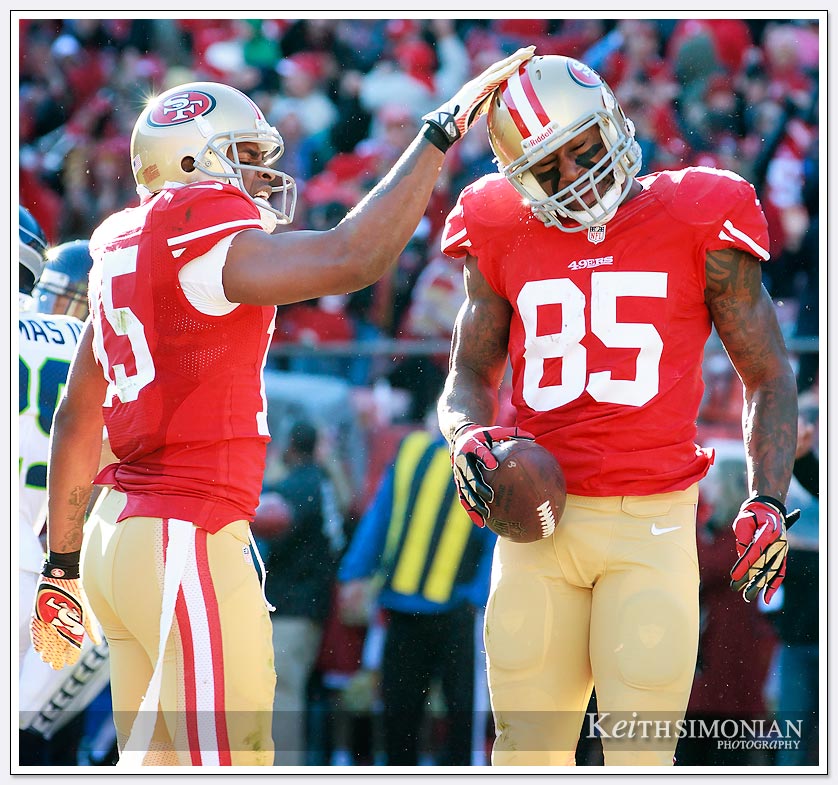 Score a 49er touchdown and Michael Crabtree pats you on the head. 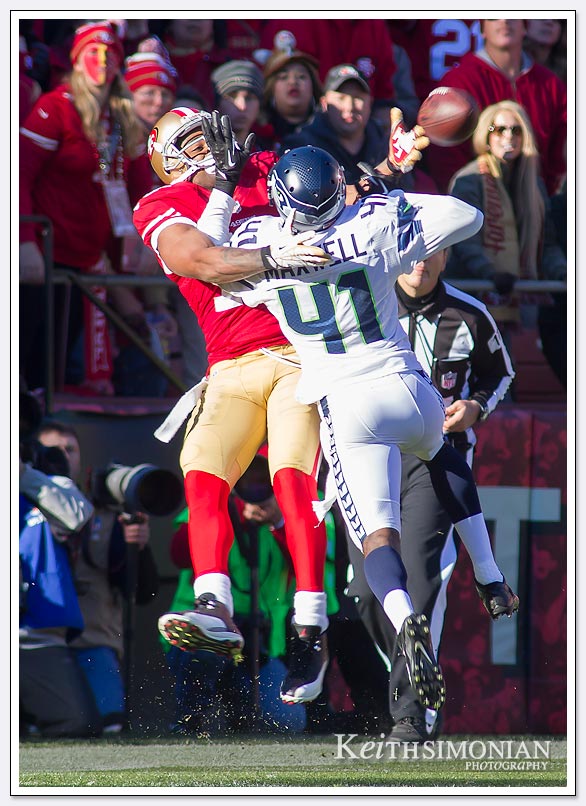 No pass interference here, just good clean defending where you put your hand on the receiver’s face mask, your elbow under his arm, and don’t bother at all to look for the ball. 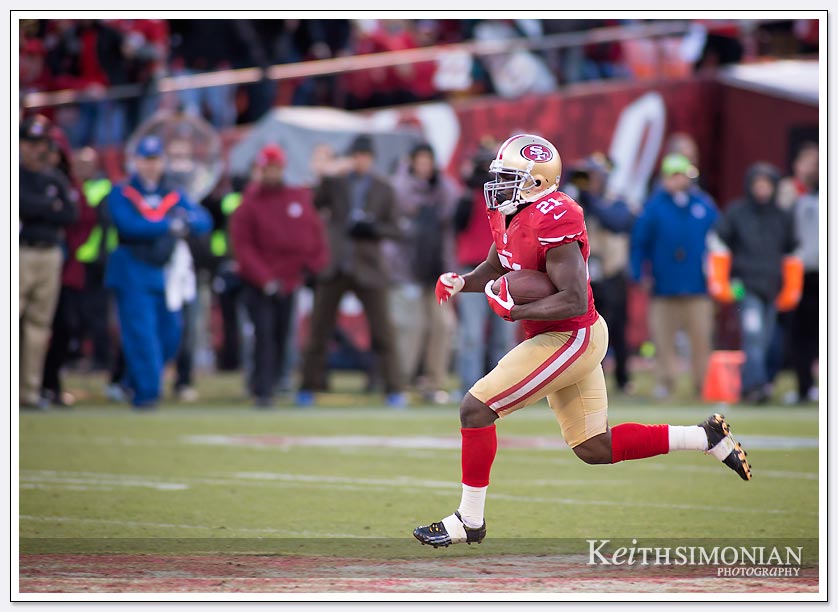 Frank Gore comes up big late in the game with a 51 yard run that set up the game winning field goal by San Francisco 49ers kicker Phil Dawson. 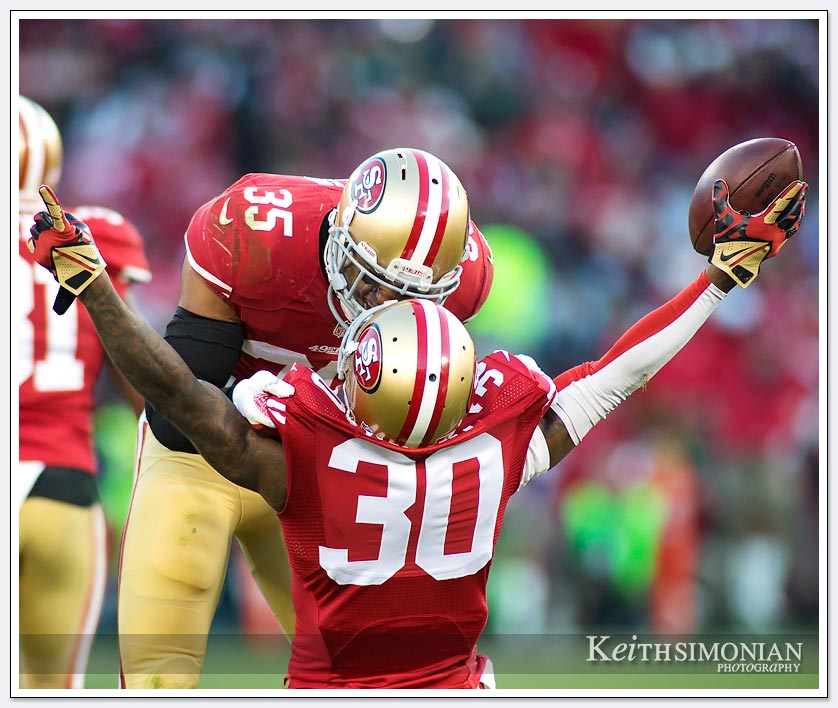 Eric Wright #30 make a fourth quarter interception that seals the 49er victory over the Seattle Seahawks.

January 12, 2014 Update – The third meeting between the Seattle Seahawks and the San Francisco 49ers during the 2013 NFL season will be in the NFC championship game with the winner heading to Super Bowl XLVIII at MetLife StadiumÂ -Â East Rutherford,Â New Jersey.Â  With the Seahawks 23 to 15 victory over the New Orleans Saints on Saturday, and the 49ers 23 to 10 victory over the Carolina Panthers on Sunday, the teams will meet for the third time this season on Sunday January 19th, with a 6:30 PM Eastern time start in Seattle.

On the same day the New England Patriots will face the Denver Broncos in the AFC Championship game at Sports Authority Field at Mile High,Â with a 3:00 PM Eastern time start.