In that right arm we trust. That might become the new motto of the San Francisco 49ers as they just signed quarterback Colin Kaepernick to a one hundred twenty six million dollar 6 year extension today.

Drafted in the second round of the 2011 NFL draft out of Nevada, Kaepernick became  the starting quarterback during the 2012 season when then starting quarterback Alex Smith was injured with a concussion against the St. Louis Rams on November 11th. Kaepernick led the 49ers to Superbowl XLVII that season where they suffered a heartbreaking loss to the Baltimore Ravens.

The six year extension Kaepernick signed today averages out to $21 million a year with $61 million of that money being guaranteed. While not the highest amount paid per year ever in the NFL, that title goes to Green Bay Packer quarterback Aaron Rodgers, the contract does include the largest guaranteed payout ever. 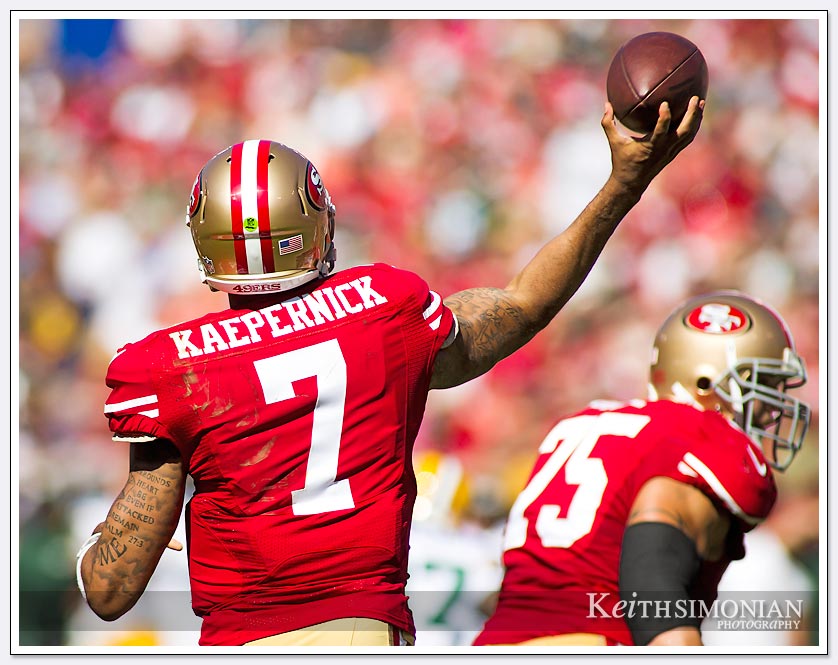 Colin Kaepernick’s right arm has become the future of the San Francisco 49ers. Well he is also pretty good with his legs as the photo below shows. 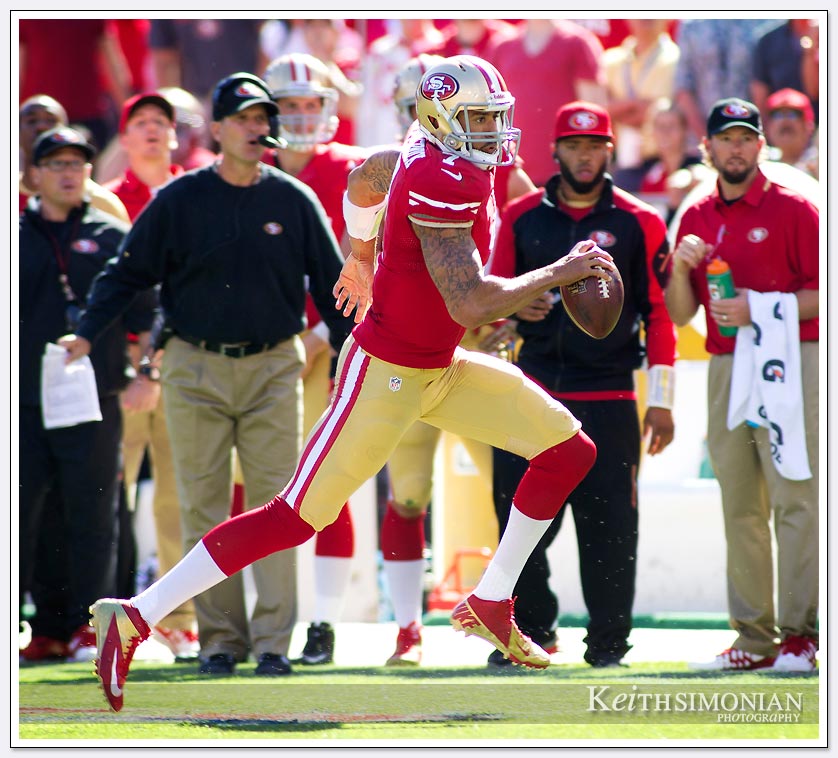 Colin Kaepernick runs down field with 49er head coach Jim Harbaugh on the sidelines hoping he gets out of bounds safely.

Jim Harbaugh in the background of this photo would coach the San Francisco 49ers through the end of the 2014 season and then head off to be the head coach at the University of Michigan where he currently is still the head coach.
Colin Kaepernick would play in the NFL through the 2016 season with the 49ers, never to play another down in the NFL. He was the starting quarterback for 58 games with 28 wins and 30 loses during his career.