Last October I took a whirlwind tour of the Monterey Bay Aquarium.  As I had a 12:30 shoot that day, I was in the Aquarium at 10:00 when the doors opened, and out at 11:50 heading to my assignment. Then last December I posted several pictures from the day along with some images of the Monterey Peninsula. Two days later I received an email from the Vice President of Communications at the Aquarium wondering if they could use some of the photos for non-exclusive and non-commercial use with credit.

After payment was agreed upon and all the paperwork was done, I sent off the 4 jpg files to the aquarium. While I can’t retire on the money I received, I can say the payment for each photo was more than this gentleman received for his stock photo that graced the cover of Time Magazine. A couple months back the VP notified me that one of my photos was now being used on the Monterey Bay Aquarium’s website in their e-card section. You can find all the e-cards they provide HERE. Mine is the photo of the Leopard Shark. 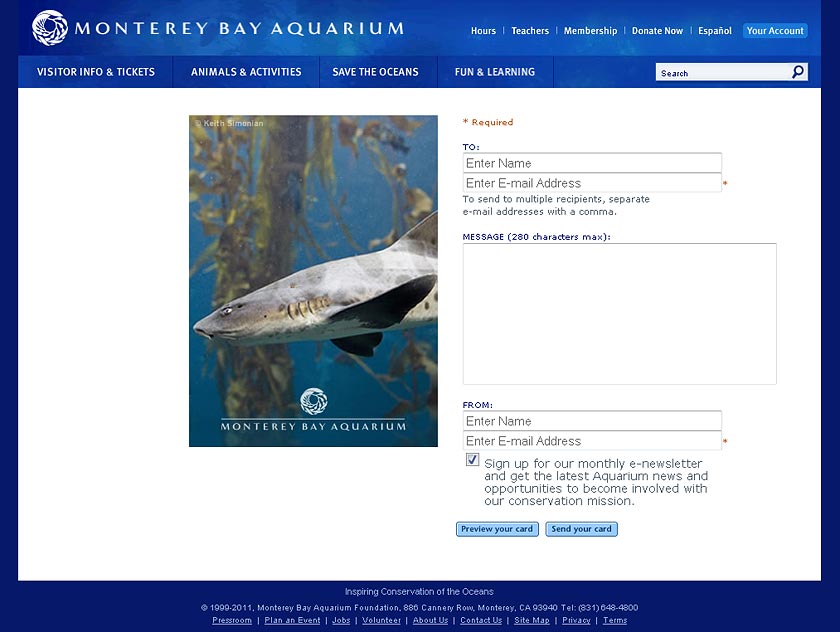