It was a quick visit to the Monterey Bay Aquarium as I had a break from the work I was doing in Monterey. 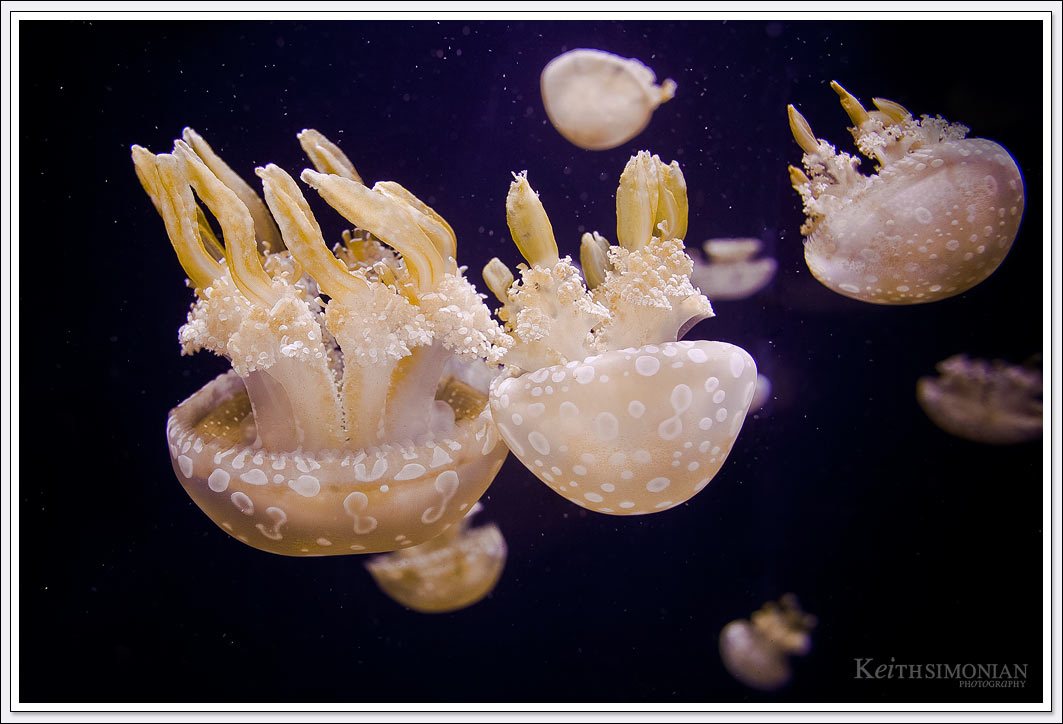 A couple weeks later I posted some of the photos from the two hours I spent that day at the Aquarium on my blog. Two days later I received a phone call from the VP of Communications of the Aquarium wanting to know if they could purchase some of my photos. A deal was struck, and the photos were purchased. Several months later one of my photos become the cover image for the Monterey Bay Aquarium’s website. It was this Jellyfish image. 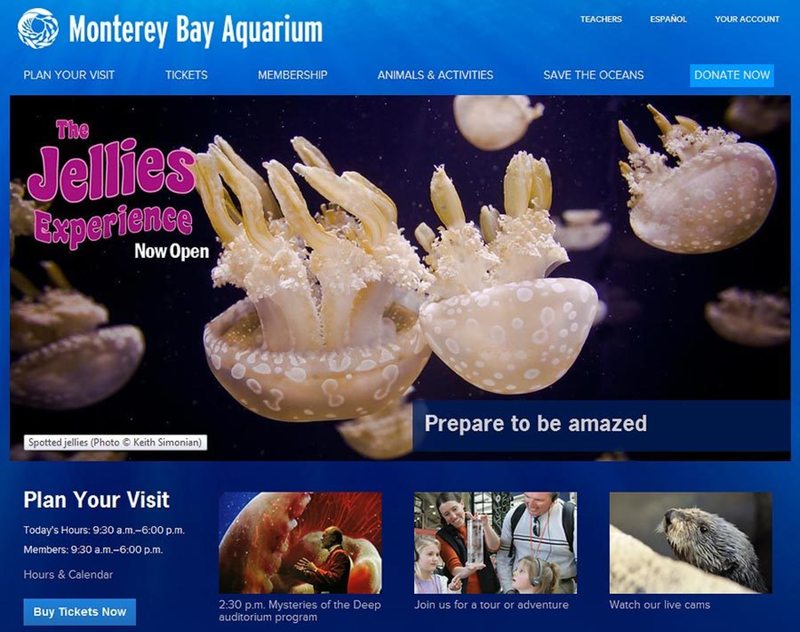 There are a couple of important lessons to be learned from my experience, most importantly for photographers just starting out. First, my Monterey Bay Aquarium blog post was found just two days after I posted it because I used proper keywords for the post, and I made sure to use my Google Webmaster Tools account to let Google know about the post so they could crawl the new post.
The 2nd important lesson for any photographer is, don’t give your content away for free. I asked and was paid for the usage of these photo by the Aquarium. It didn’t make me rich, but I was compensated for their use. I was contacted a 2nd time by the Aquarium because they wanted to use my photo in a video production. I was going to be paid again, if they used the photo. They decided to use a different photo, but not because they had to be pay, but as they say in the movie business, “We went in a different direction”.The Monterey Bay Aquarium is located in Monterey, California. Phone: (831) 648-4800 Website: www.montereybayaquarium.org