It’s certainly been an up and down journey for Alex Smith since he was selected first in the 2005 NFL draft by the San Francisco 49ers on April 23, 2005. 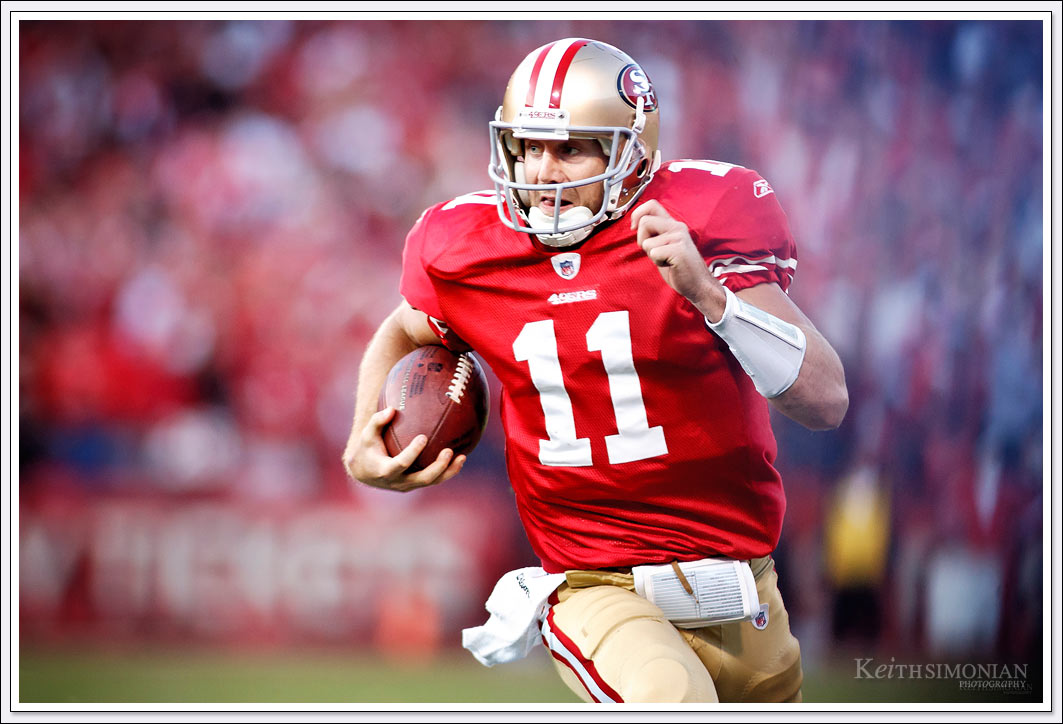 When you are taken first in the NFL draft more than likely you will end up at a team that is rebuilding by definition, as the team with the worst record gets to pick first. You hope that rebuilding is a steady progression to the playoffs and beyond. What you never expect is 6 different offensive coordinators over the course of 7 seasons, but that was indeed what Alex Smith faced with the 49ers.

All the uncertainty changed during the 2011 NFL season as the 49ers hired Jim Harbaugh from Stanford to be their head coach. Before the season started nobody was sure who the quarterback would be. But due to the strike and lockout before the 2011 NFL season which caused a greatly shortened pre season, the 49ers really had no choice but to stick with Alex Smith for another year.

What a difference an elite head coach and coaching staff meant for the team. The San Francisco 49ers had only 6 wins during the 2010 NFL regular season. They finished the 2011 regular season with 13 wins and the number one seed for the NFC.

As the number one seed in the conference the 49ers got a bye the first week of the playoffs and get to host the lowest remaining seed ( the New Orleans Saints ) in their first round game.

More information about this playoff game and how the rest of the season went can be found at 2011 Season San Francisco 49ers.

In 2016 NFL Media analyst Elliot Harrison after reviewing five decades of NFL Divisional Round games ranked this playoff game 3rd best of all time. He also commented that this might have been the best football game in the last ten years.

On November 18, 2018 in a game against the Houston Texans, Alex Smith was sacked and on the play he suffered compound fractures to both the tibia and fibula of his right leg. Nothing about the recovery from these injuries came easy. In fact they became life threatening. Following that initial surgery, Smith developed an infection that resulted in sepsis. That resulted in 17 further surgeries, spanning nine months, that required four separate hospital stays.

In July of 2020 Alex Smith was given the OK to play pro football again.  He earned a roster spot on the Washington Football team as the third string quarterback. By week ten of the season Smith had regained the starting quarterback position. In week thirteen of the season, Alex Smith lead his team to a victory over the undefeated Pittsburgh Steelers. In the six games Smith was the starting quarterback, the Washington Football team was 5-1. On Saturday February 6th, 2021 a day before the Super Bowl, Alex Smith was named the Comeback Player of the year for the 2020 season.