When it rains, it pours. This hasn’t been the case for most of the last decade as 5 years of drought finally ended in 2017. That was followed by more drought years, but that drought  looks to have ended in 2023.
There were varying amounts of rainfall recorded on December, 31st 2022 in Brentwood, CA. The Weather Underground personal weather station 900 yards from our home recorded 10.55 inches of rain in a 15 hour period starting at 3:30AM. Yet another personal weather station almost exactly one mile from our home measured 6.24″ of rainfall during the same period. There were plenty of thunderstorm areas dumping large amounts of rain over localized areas that would explain the rainfall differences.
What is interesting about these rainfall totals that exceeded most all areas in the San Francisco Bay Area during the same time frame, is that the rain normally just misses Brentwood. It’s almost as if there was an invisible dome that covers the city and of course prevents the rain from falling. There is no dome, but quite often, one inch of predicted rain in Brentwood, turns out to be a quarter inch at best. Not this time. 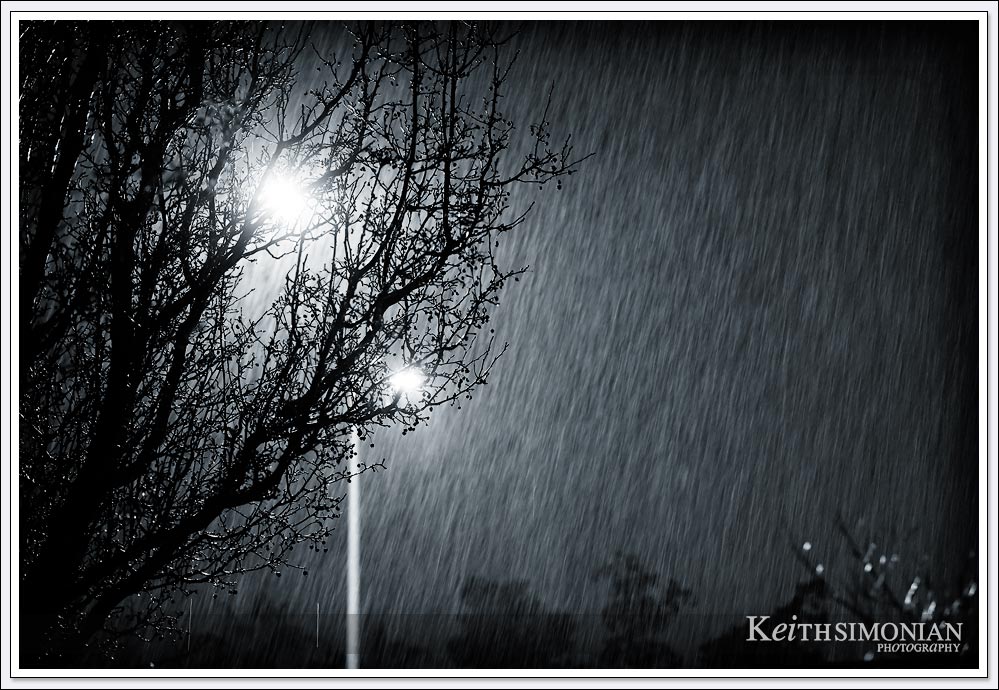 The city street lights of Brentwood illuminate the record breaking rainfall during the 2022 – 2023 Winter storms. 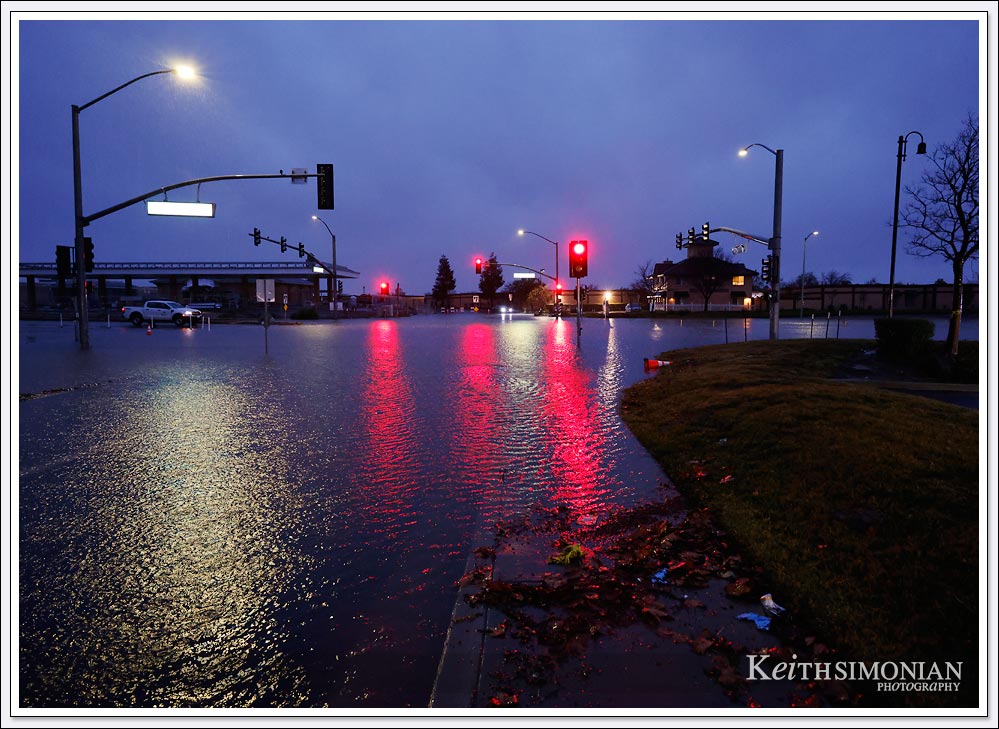 The flooding in this photo started around noon. This image made at 6pm shows the entire intersection closed. 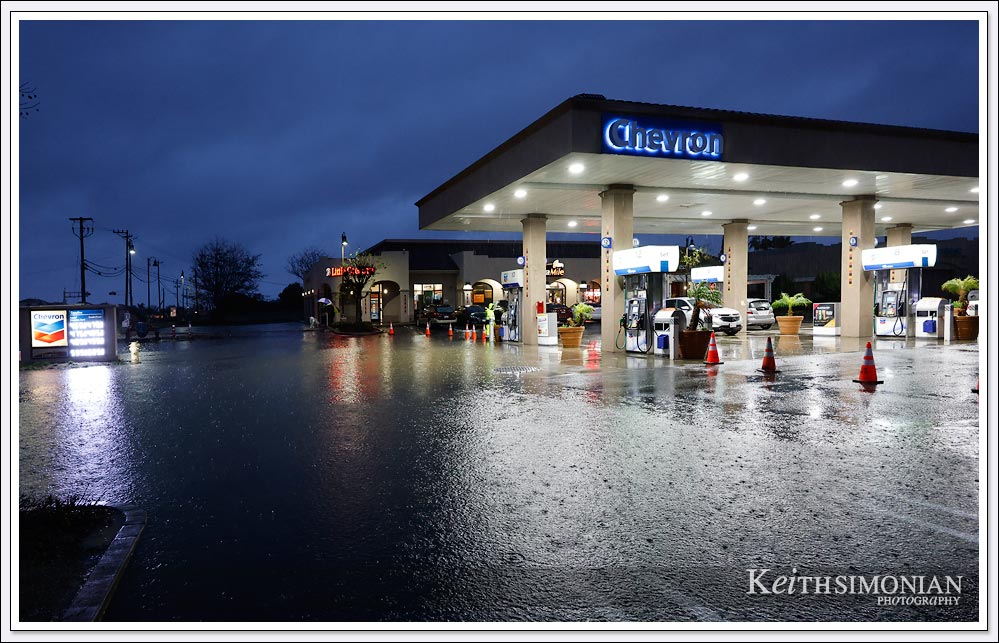 Water, electricity, and gasoline. What could possibly go wrong? 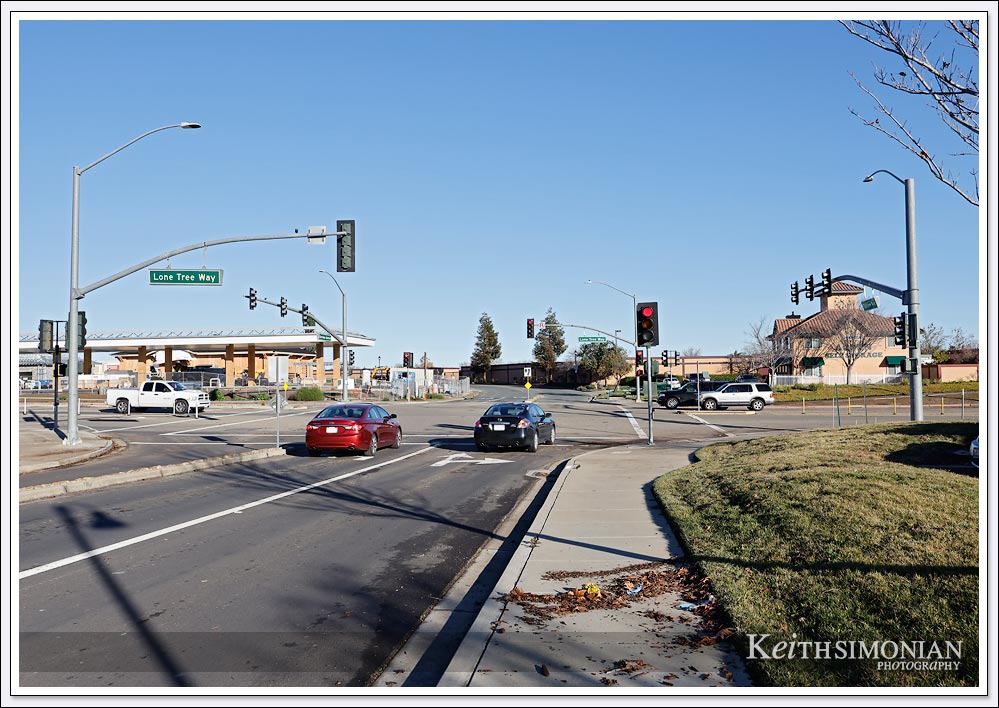 By 8AM the next day, the rainfall had stopped, the sun was out, and the intersection was completely dry. 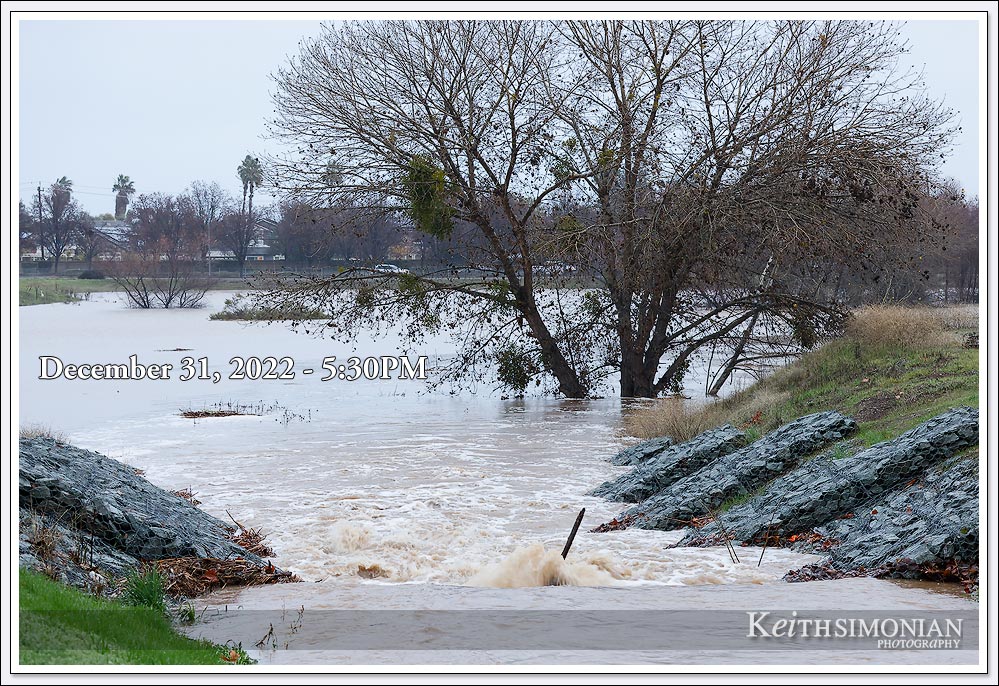 The “overflow catch” was doing it’s job. With as much as 10″ of rain falling in 15 hours, the creeks overflow. These flood diversion projects catch the extra flow till the rains subside. As labeled on the photo, this was December 31st, 2022 at 5:30 PM. 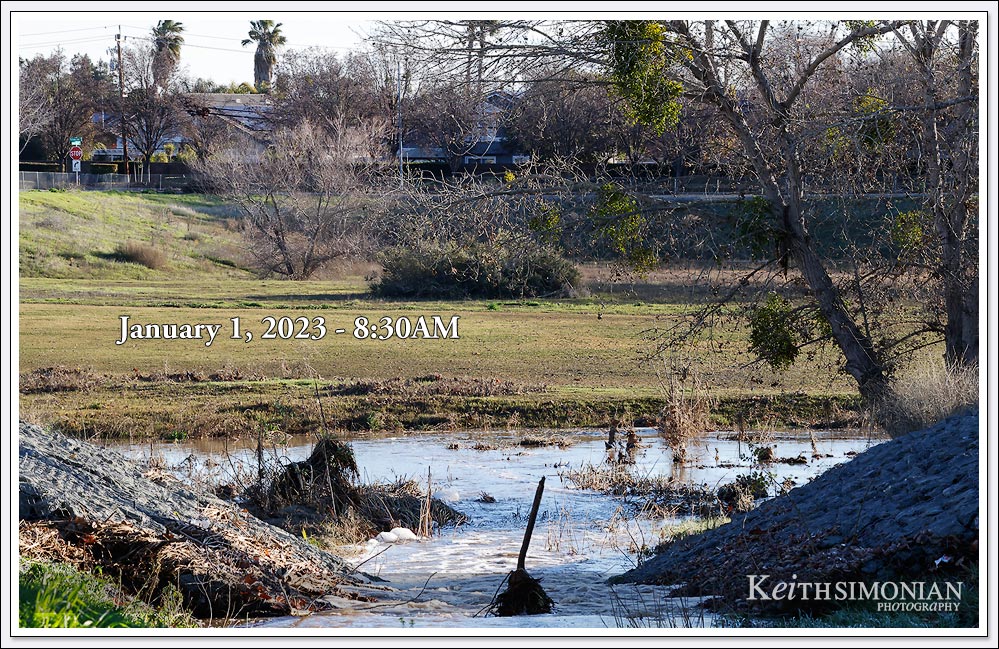 Fifteen hours later the flood diversion had emptied out,  as rainfall pretty much stopped at 6PM the previous day. 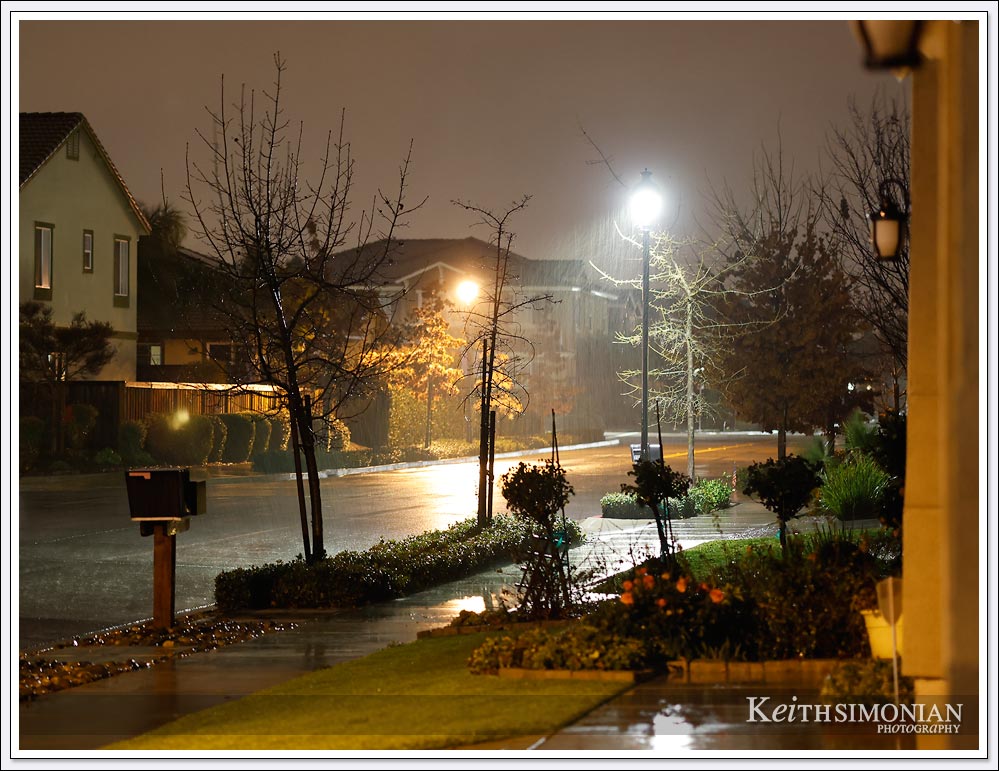 How the photo showing the rainfall at night against the street lights was suppose to look. 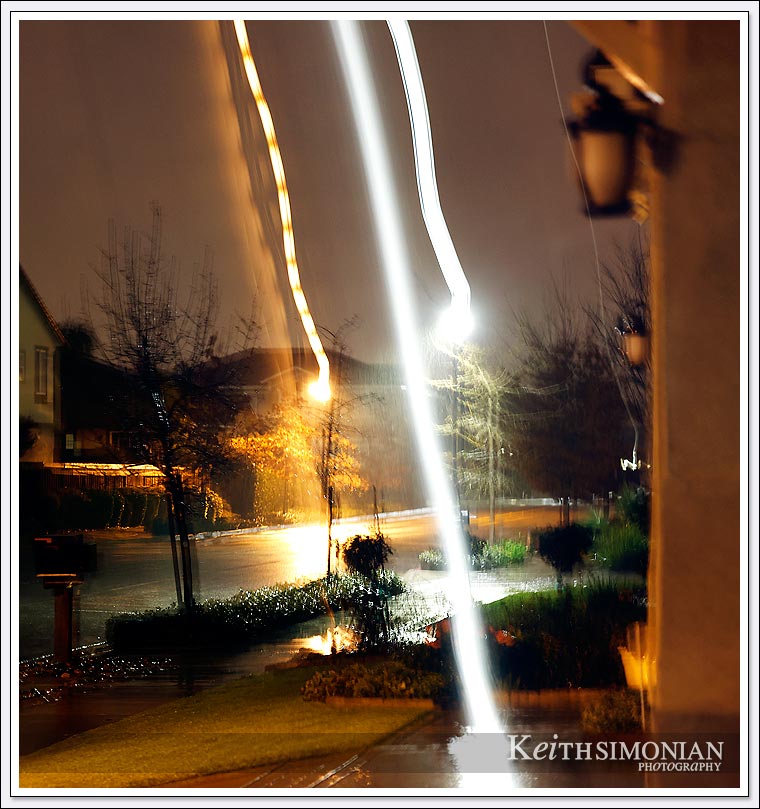 In this photo of the rain, it looks like death rays from space. Something like the Earth being attacked in War of the Worlds. What really happened is I pulled the camera from the tripod before the long exposure was done, and the street lights streaking across the photo. While not true, the War of the Worlds explanation sounds better. 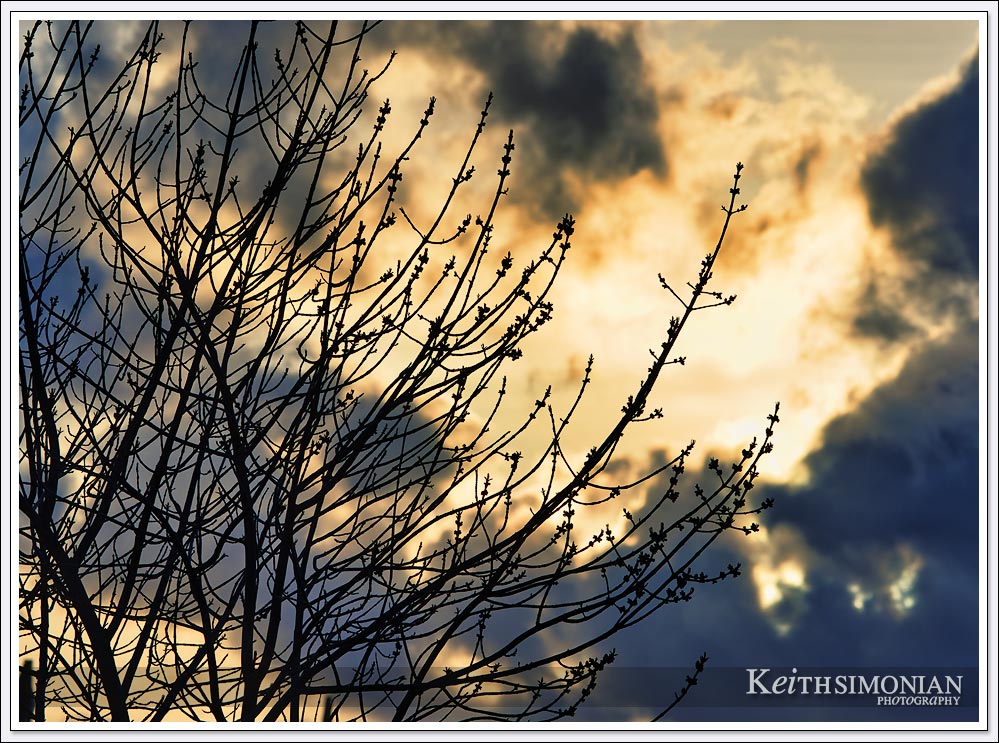 The stormy weather finally ended with sunlight shinning through the clouds at sunset.