Our cruise along the East Coast of North America would start in Montreal, Canada on the St. Lawrence river. We flew in a couple days early to see the sights of Montreal. As it turned out, we arrived at our hotel just two blocks from Centre Bell arena where the Montreal Canadiens were to play their NHL season home opener. As to be expected, the area was full of fans. 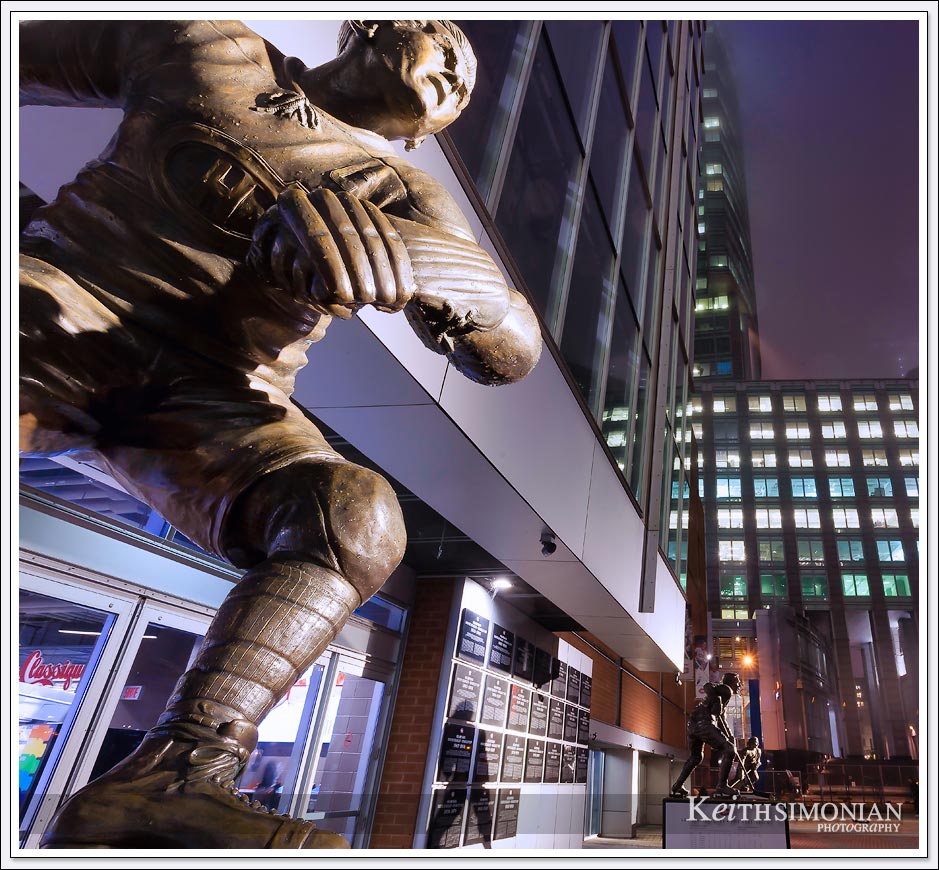 Statues of famous Montreal Canadien players outside their home arena Centre Bell. It took some digging, but I found out the statue on the left of this photo is Maurice “Rocket” Richard who played 18 season for the Montreal Canadiens. 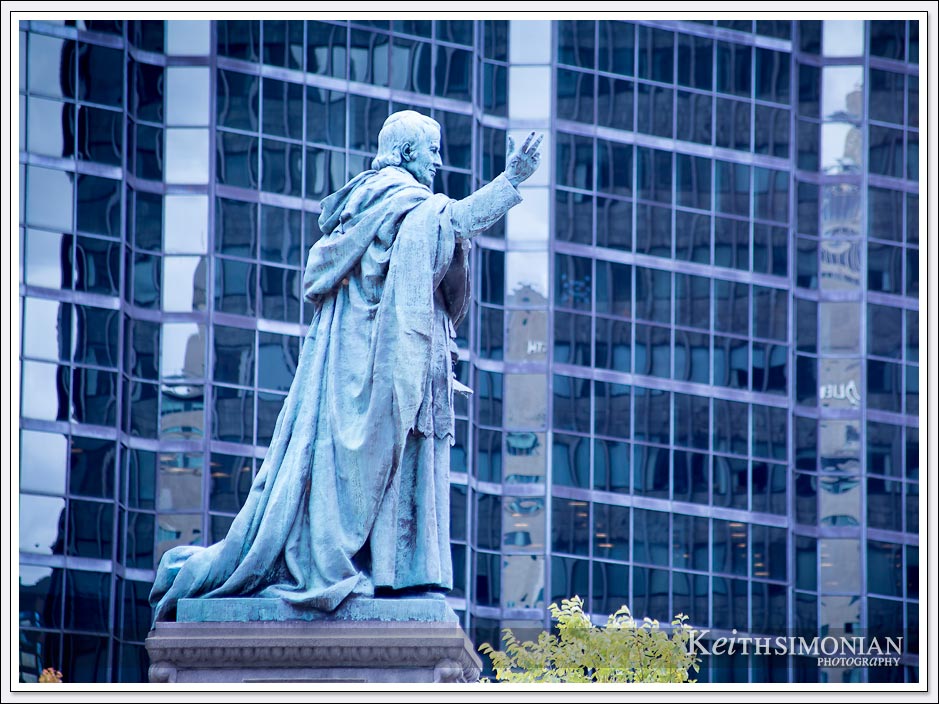 I gave this statue of Ignace Bourget the Bishop of Montreal Cathedral of Marie Reine du Monde a blue tint in post processing. 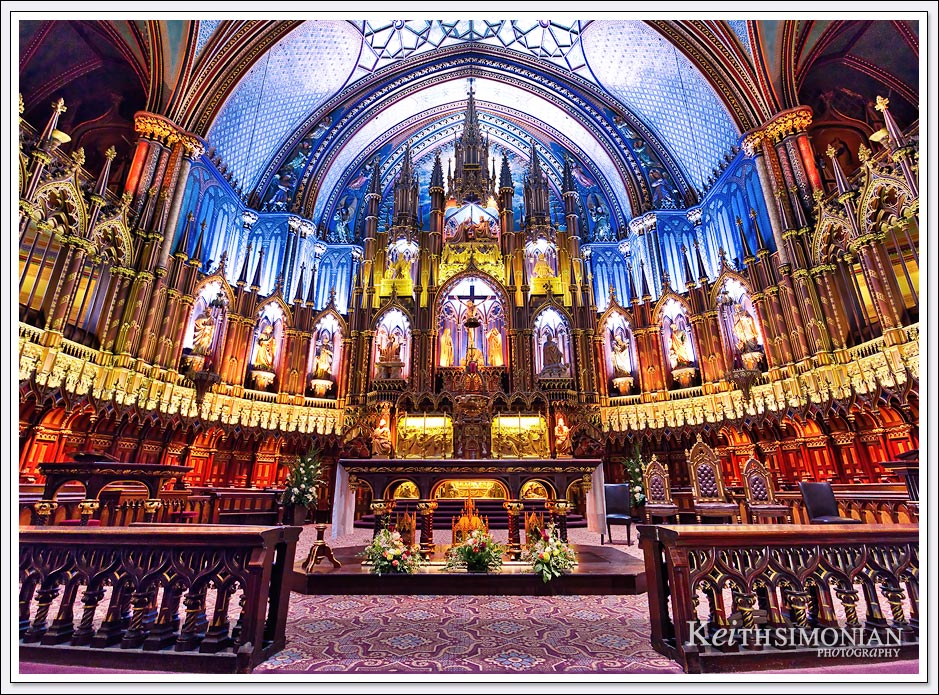 The “money shot” from the Notre-Dame Basilica of Montréal Canada. 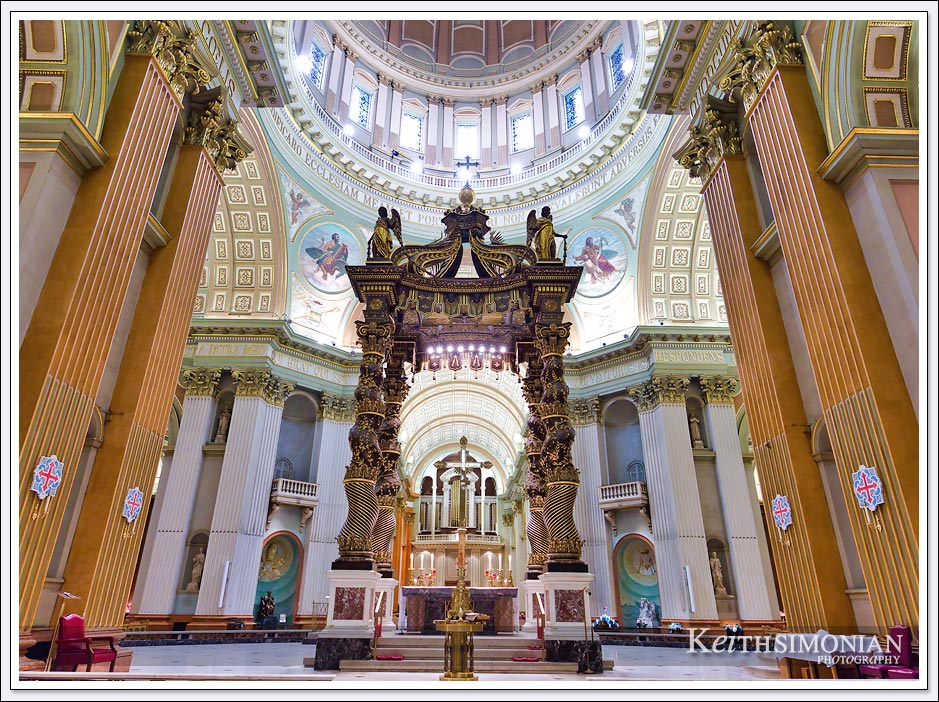 Seems like I’ve seen this before. The interior of Mary, Queen of the World Cathedral is modeled after St. Peter’s Basilica in Rome. 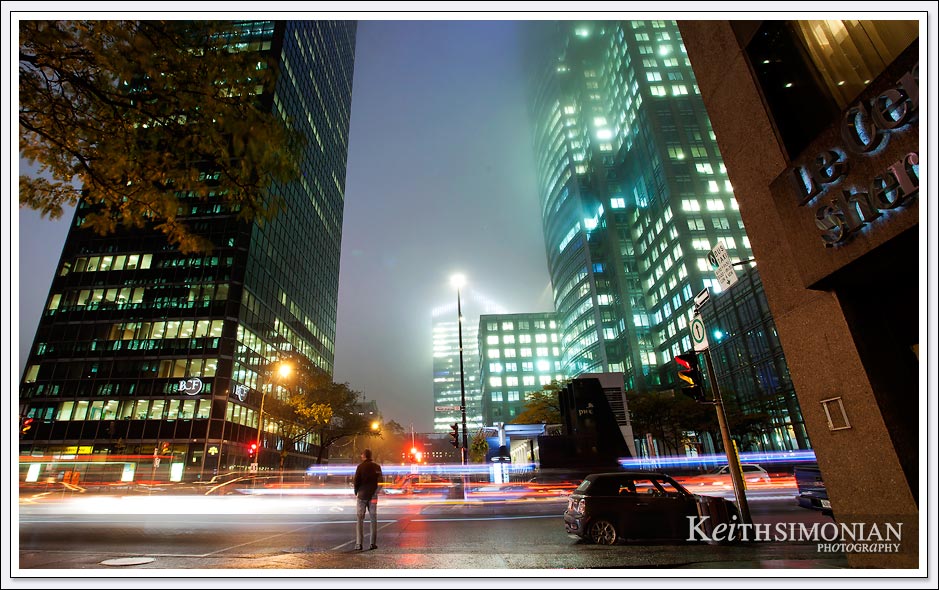 A long shutter speed caused the streaking lights from cars just outside our hotel, the Le Centre Sheraton. 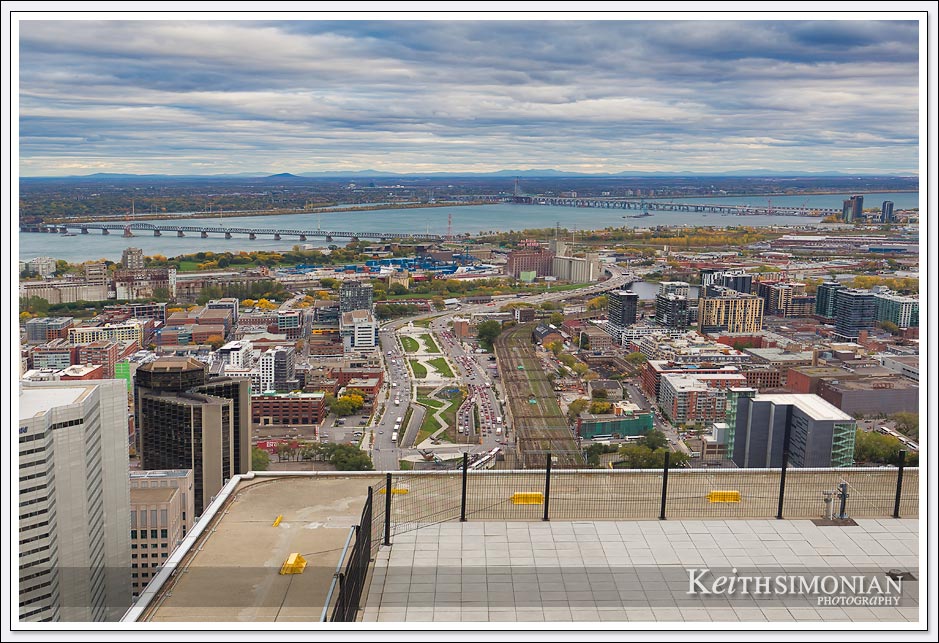 File this under interesting things you learn when you Google information about where you visited on vacation. As of May 2020 Observatoire Place Ville Marie has been permanently closed. The reasons appear to be two fold. The site was getting much traffic possibly due to the difficulty getting into the building, and then in March of 2020 Covid-19 hit North America closing down many tourist attractions. This view shows bridges over the St. Lawrence river. 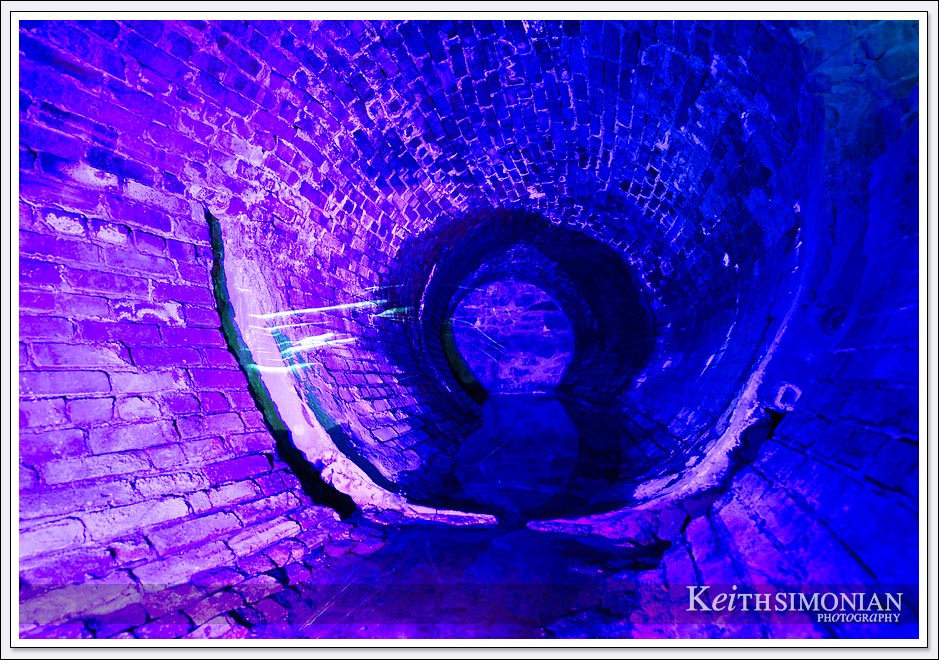 This purple lit tunnel is an exhibit at Pointe-a-Calliere Archaeology and History Complex. 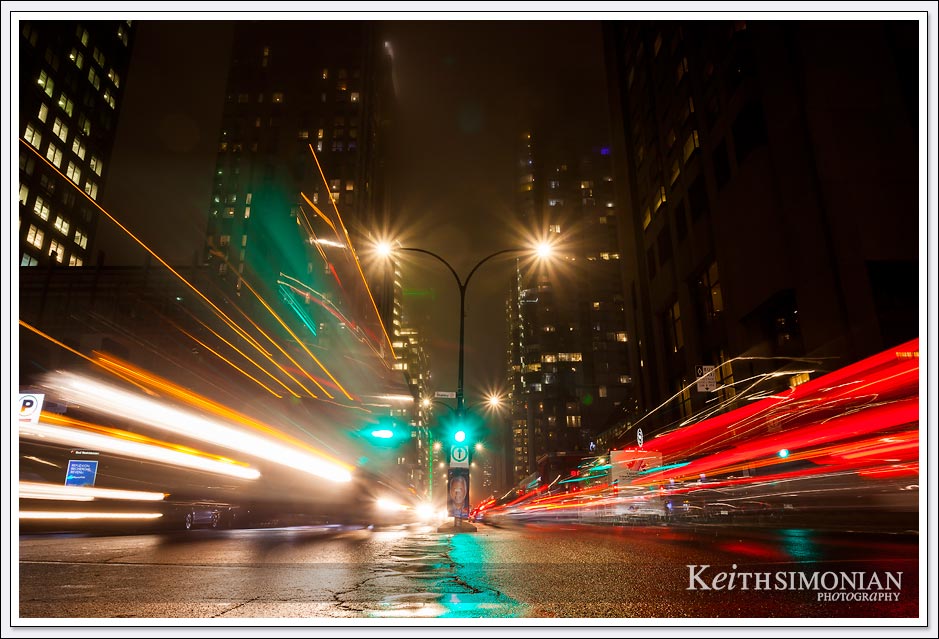 It looks like I was out in the middle of the street with cars whizzing by about to hit me, but I was one island 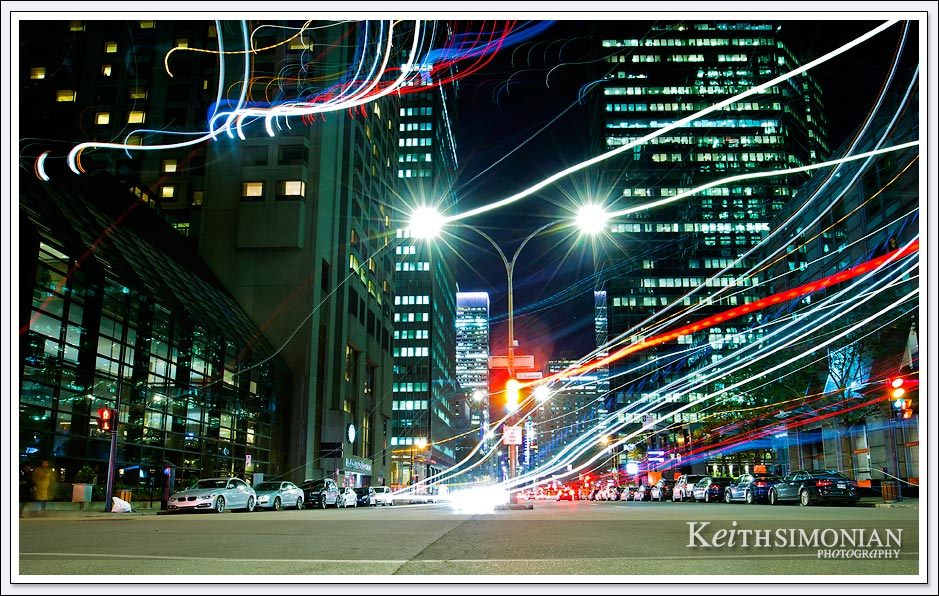 Sometimes photography mistakes turn out to be interesting photos. That was the case for this photo, as I picked up the camera before the shutter had closed on a long exposure. 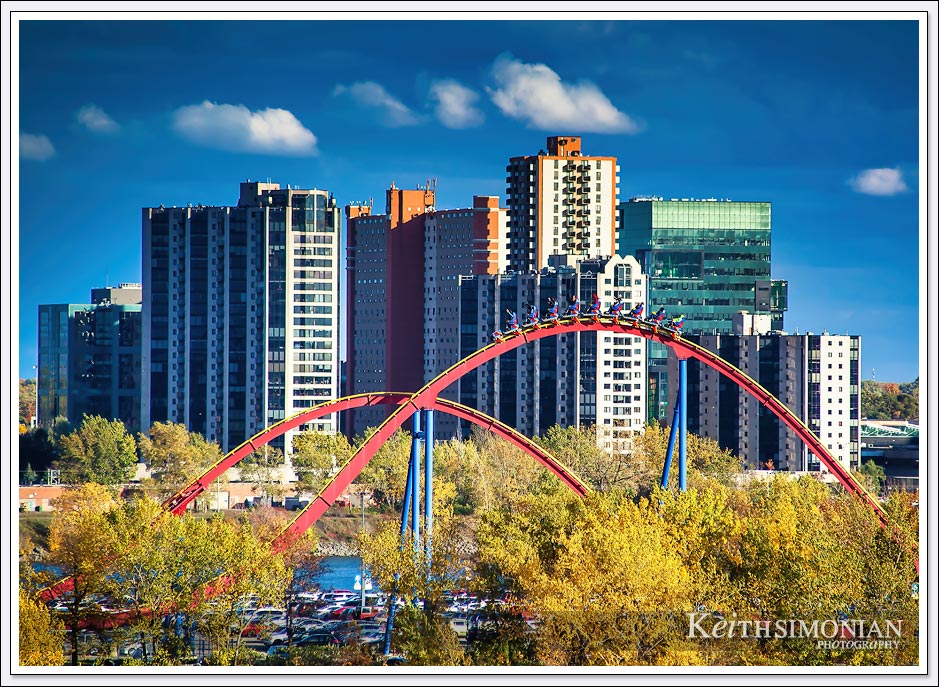 The Goliath ( La Ronde ) roller coaster seen from our cruise ship with Montreal high rises in the background. The steel coaster has a max height of 175′ and reaches a top speed of 68 mph pulling 4G’s. You must be at least 4′ 6″ tall to ride the coaster.