It was billed as a match up between two all pro players who were vying for comeback player of the year at the start of the season. Neither Richard Sherman of the San Francisco 49ers or Odell Beckham Jr of the New York Giants had a breakout game, but two of Beckham’s  four receptions were for touchdowns and that helped lead the Giants to a  27 to 23 victory over the 49ers at Levi Stadium in Santa Clara, CA.

With the pre game warm up over, Beckham decides to practice a field goal kick without a holder or tee. He just spun the ball onto the field and made the attempt. I think it was wide left from about 30 yards. You know what they say, “don’t give up your day job”. 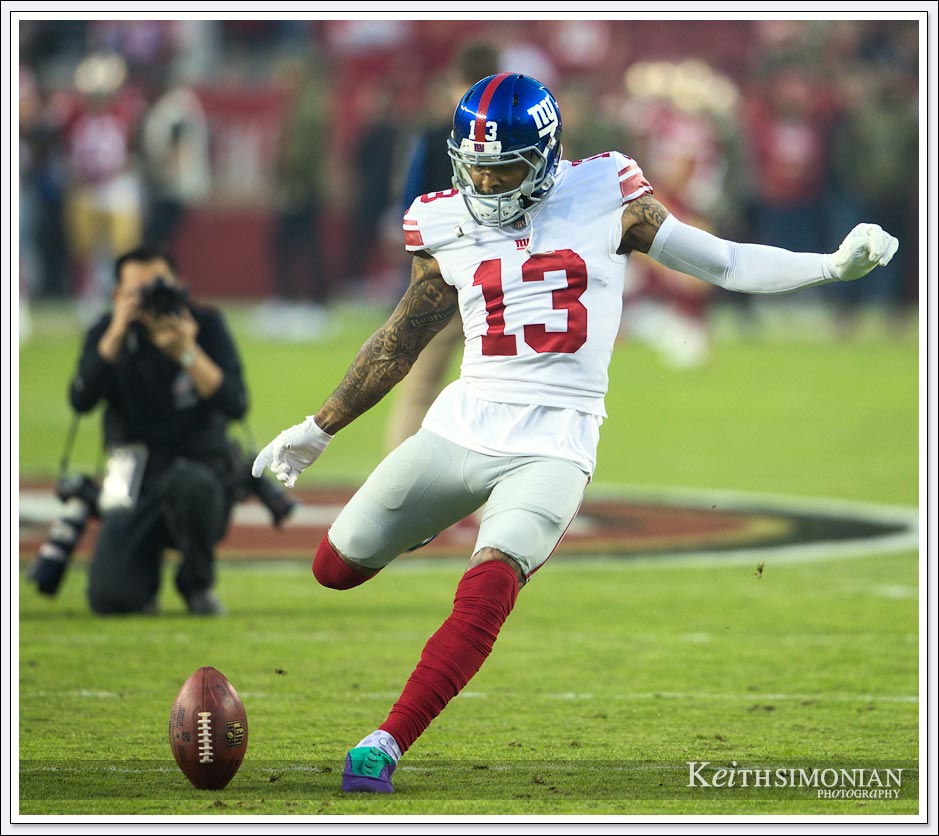 After the missed pre game field goal attempt Odell Beckham Jr. leaps over another Giants player on the way to the locker room. 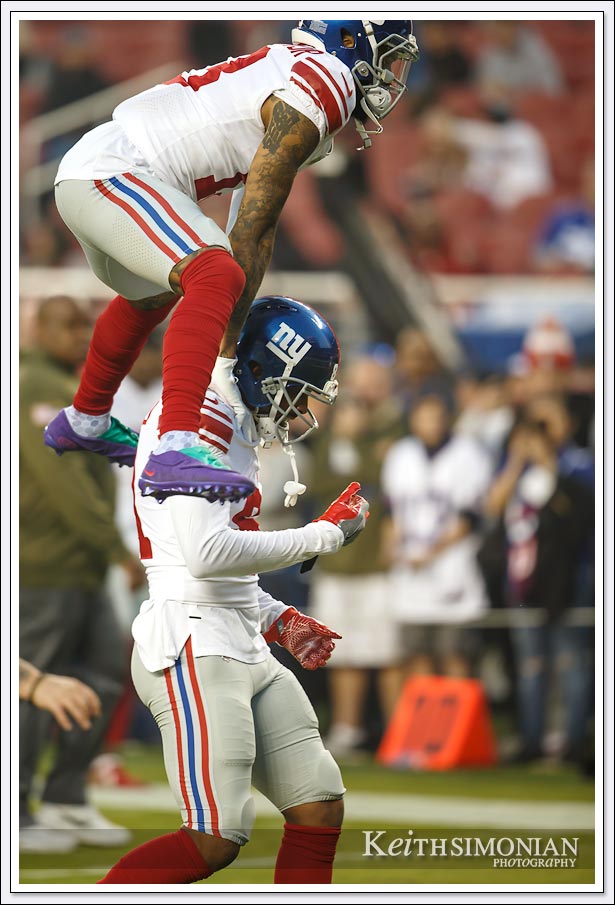 It’s hard to make an amazing catch when the defender has his hands in your face. 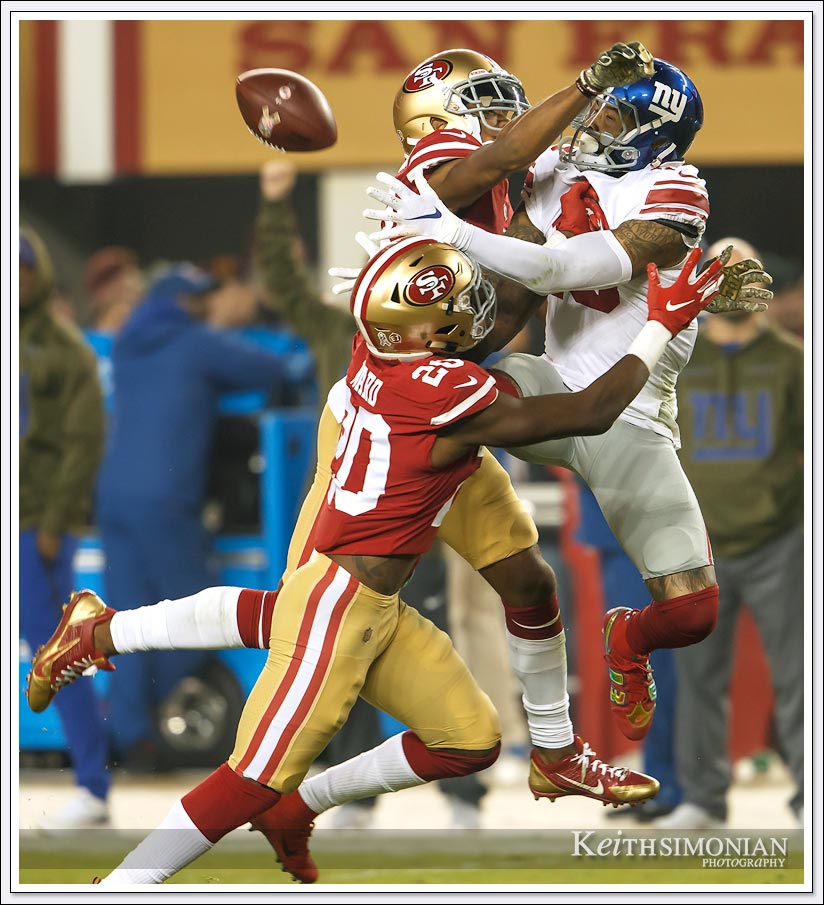 It was a touchdown reception dance, sort of. 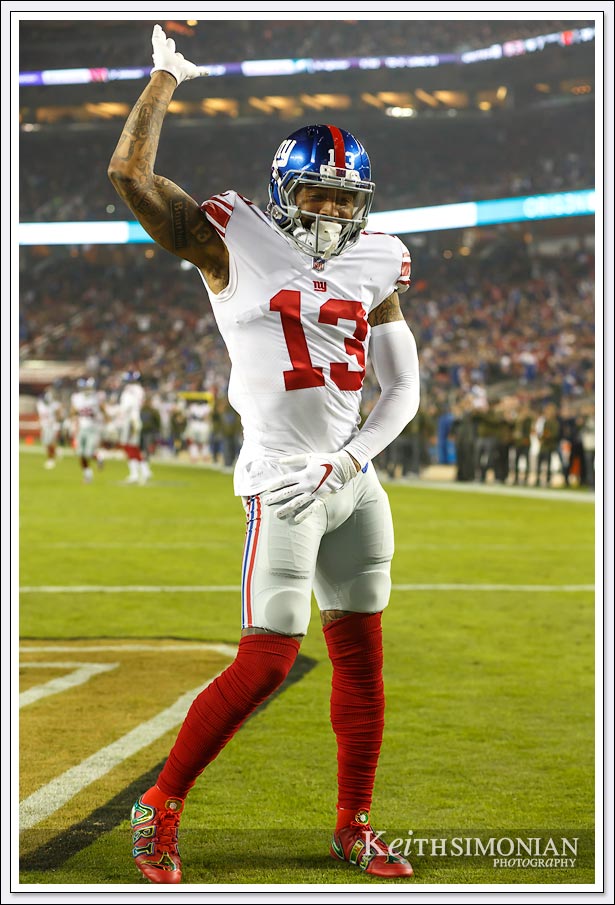 No wonder he is so good, he’s got two guys helping him during a timeout. 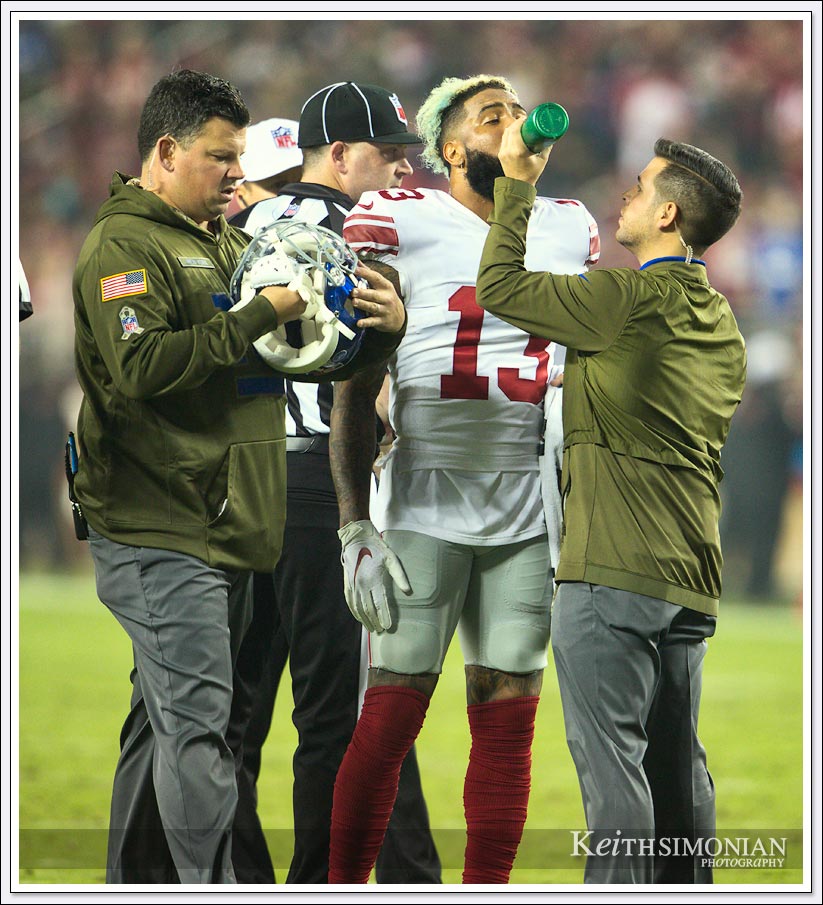 It’s hard to get open if the defender has grabbed your shoulder pads while you run a route. 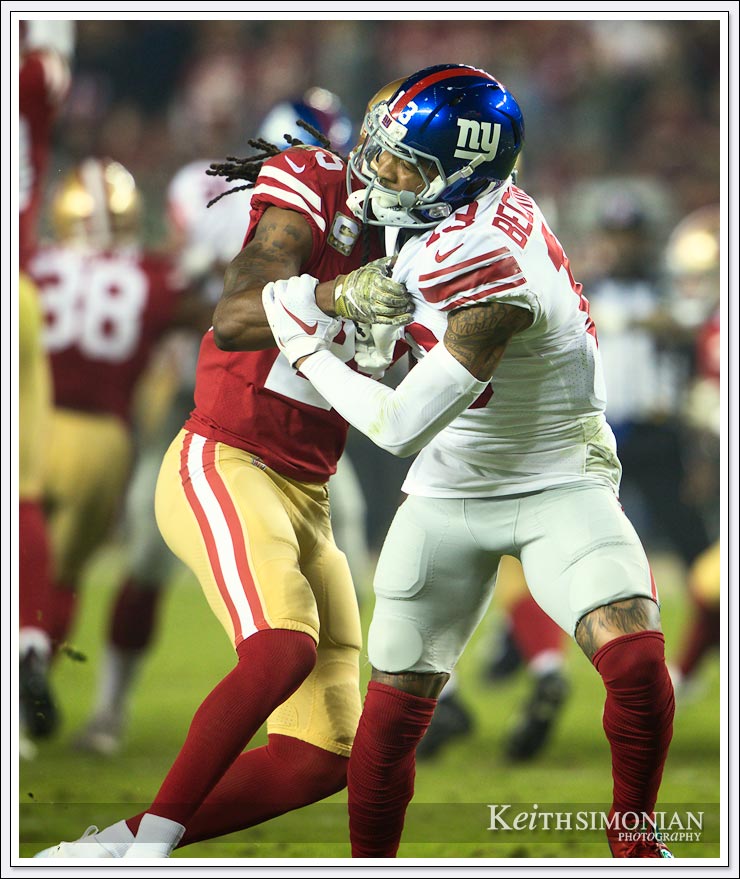 I would love to say I captured this amazing one handed Odell Beckham Jr. touchdown reception, but it wasn’t so much of touchdown but more of a dropped pass. 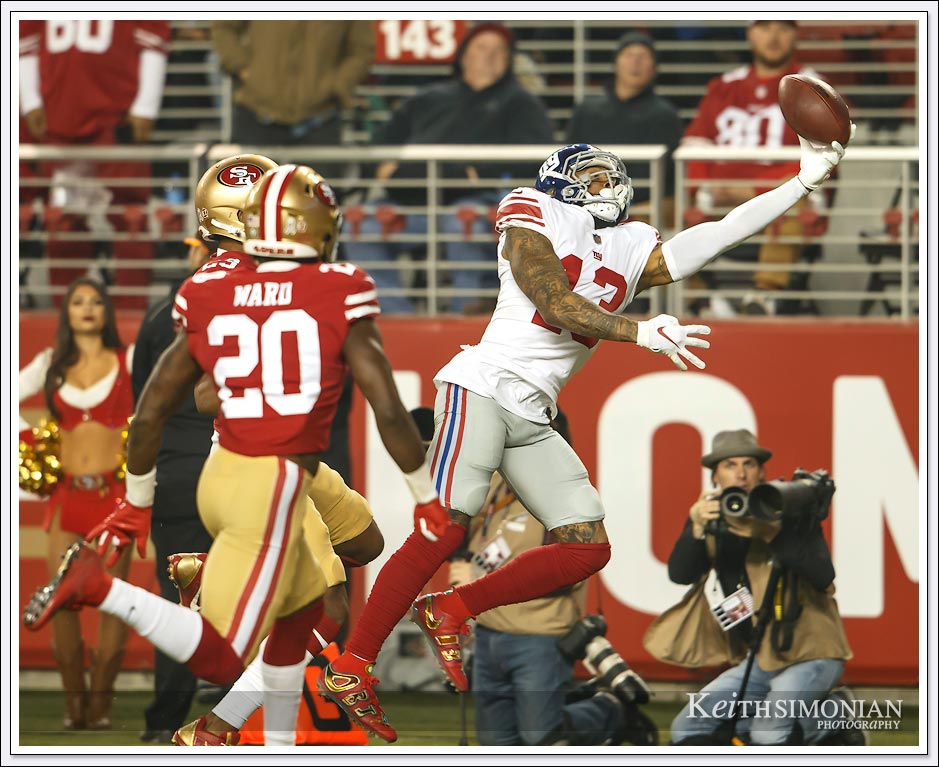