This is sunset view from our hotel room in Maui Hyatt Regency Resort and Spa which we called home for our week long stay there. During the entire trip I wondered what island this was. Google to the rescue, it’s the Hawaiian island of Lanai. Which looking at the Google map seems to be famous for the Lanai Cat Sanctuary. The cat sanctuary is on the other side of the island, our view is of the not very famous and hard to reach town of Lopa and the Lopa beach. 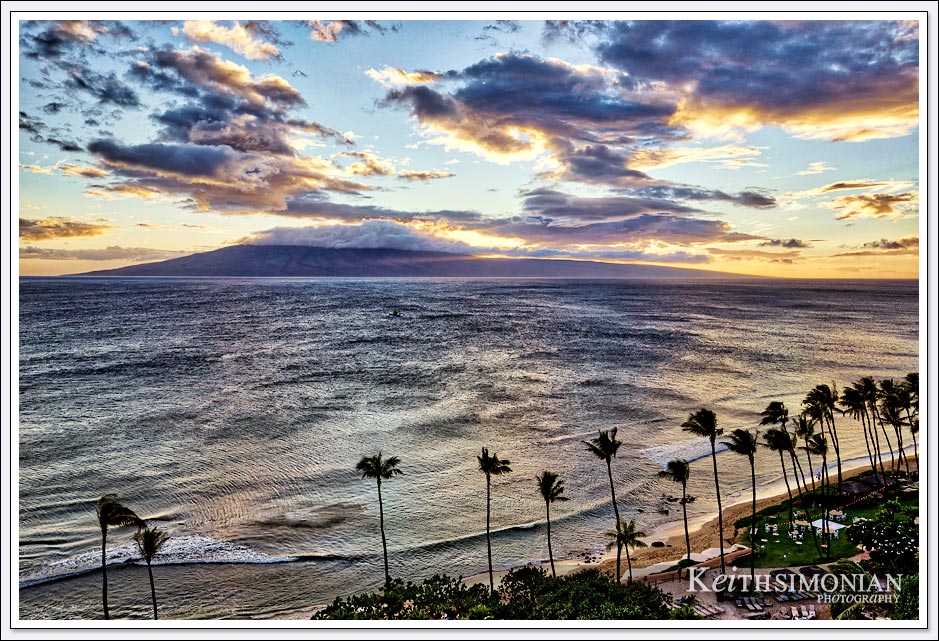 View of San Francisco just after take off from San Francisco International Airport. From the air you can see how much of the city is laid out with North – South and East -West streets. 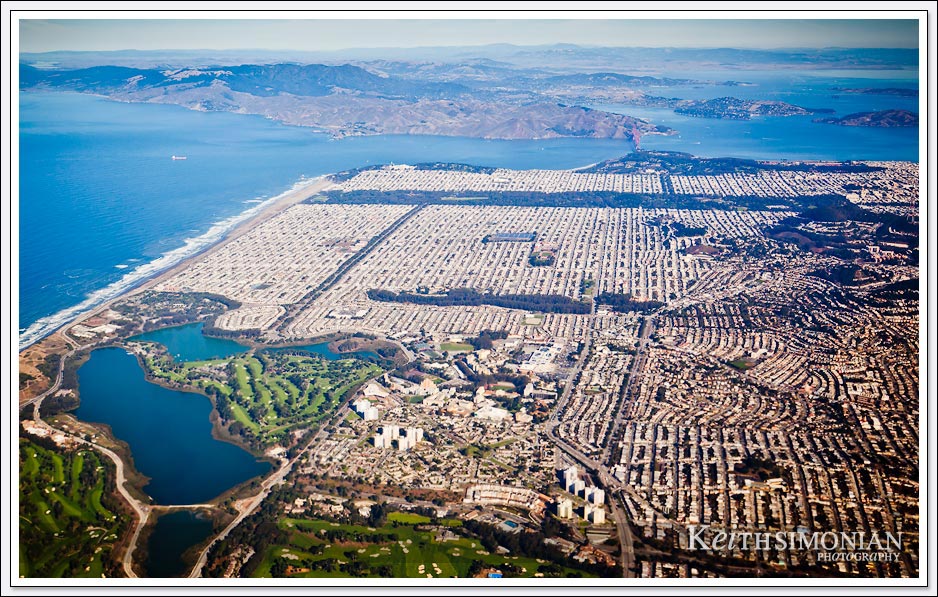 View from our hotel room and the island of Lanai. The hotel calls the top floor we were on the 21st, but I think we were at most nine stories up. 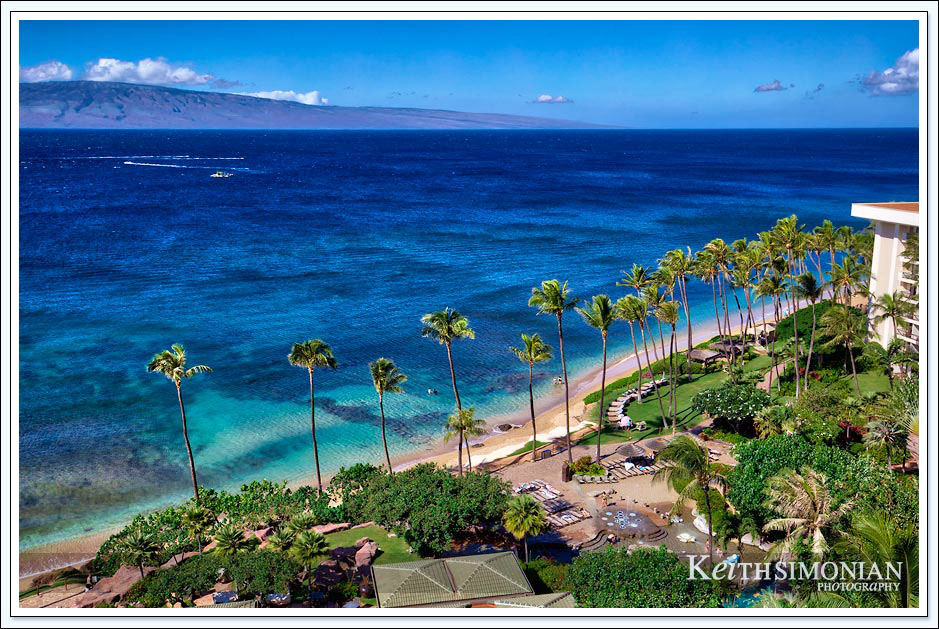 Just shocking, a rainbow in Hawaii. This one is over the golf course surrounding the Maui Hyatt Regency Resort and Spa. 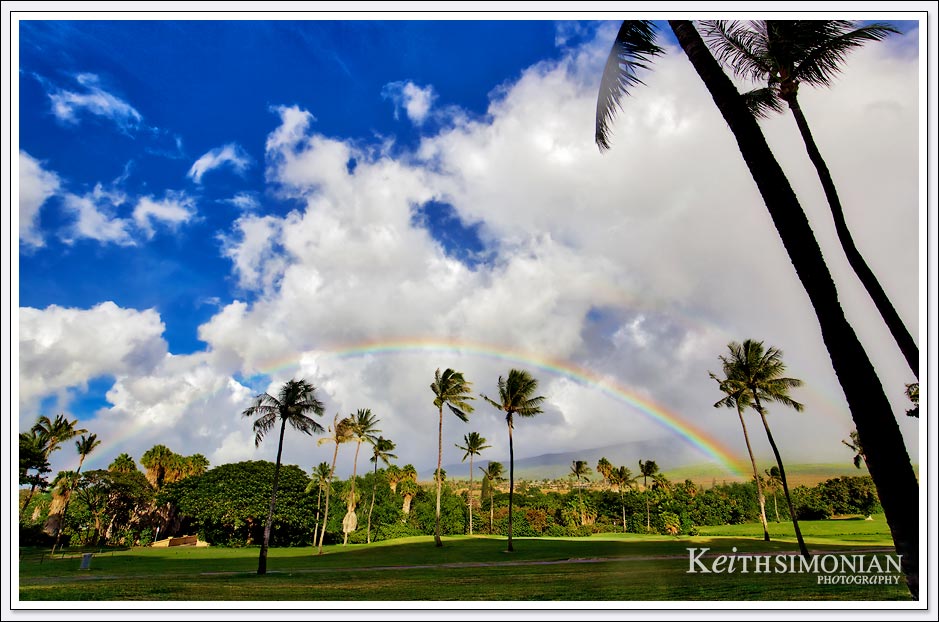 This HDR photo shows the clouds and palm trees reflecting in the hotel pool. 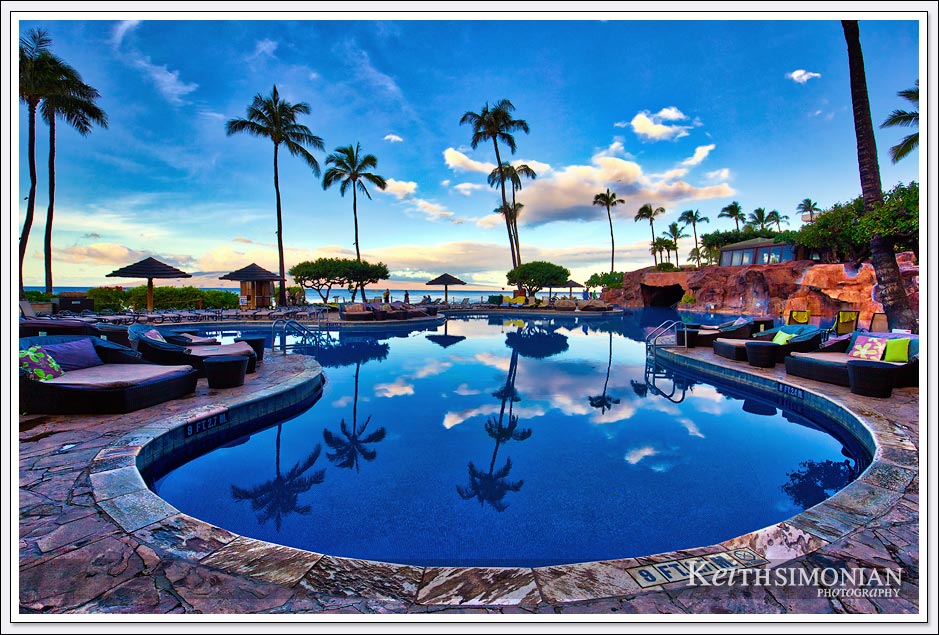 Just more Maui sunrise eye candy from the beach by our hotel. 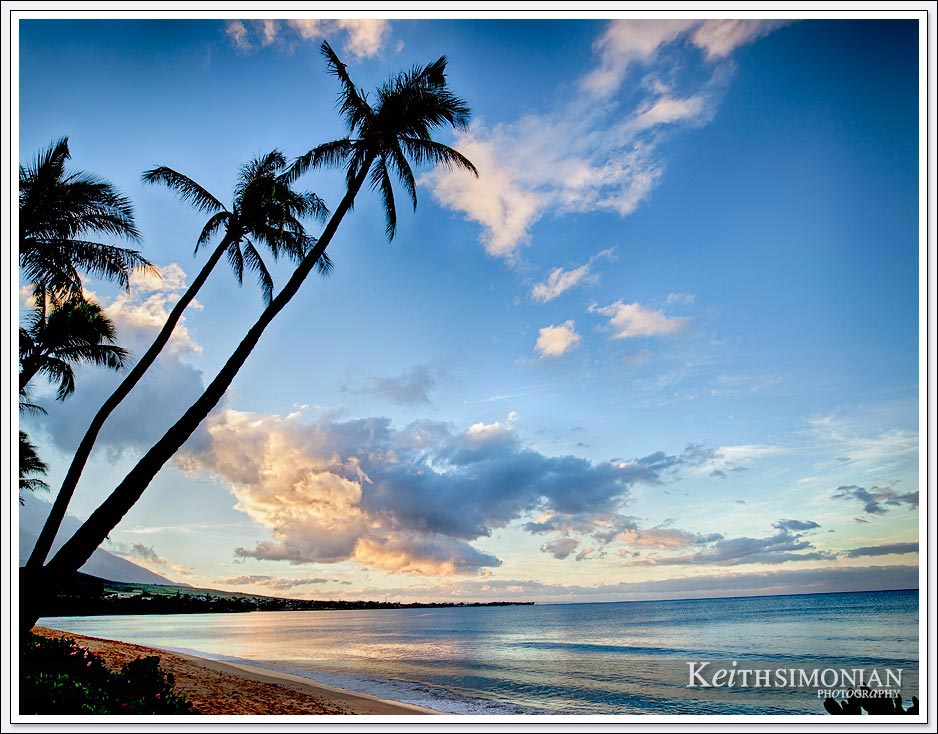 A Barracuda swims by in a display at the Maui Ocean Center (Aquarium ). 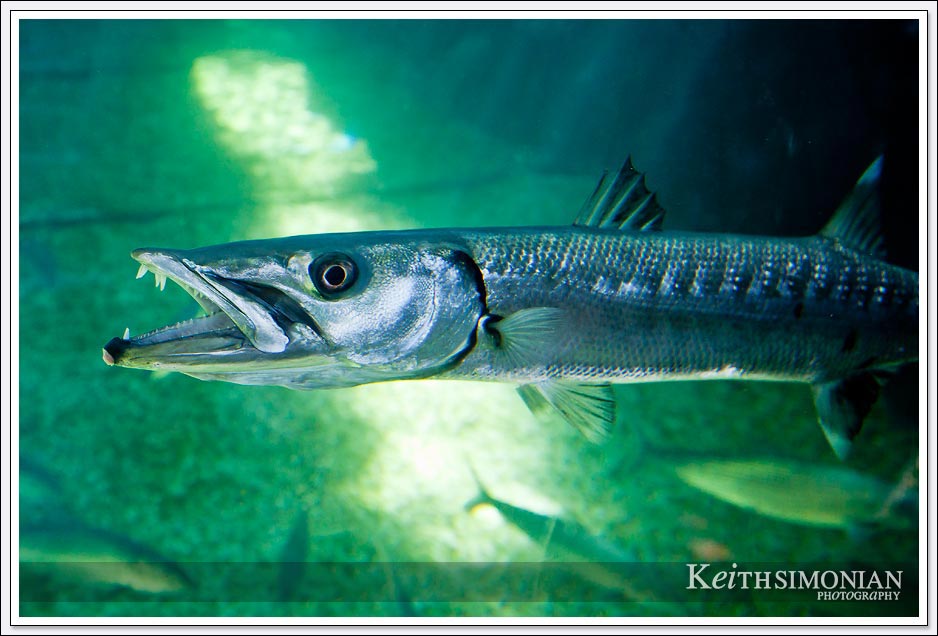 Sunlight streams into the 750,000 gallon Open Ocean exhibit which features Stingrays, Tuna, and Black Tipped Reef  sharks. The exhibit also has a 240 degree view acrylic tunnel which visitor can walk through to get the under sea experience. 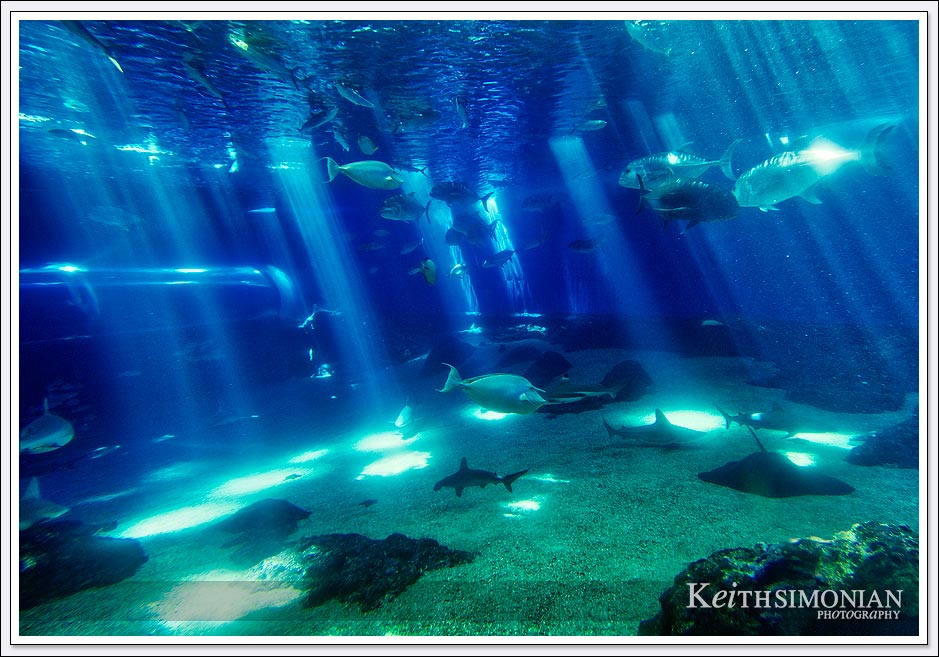 A wonderful sunset viewed from our dinner at sea on the Maui Sunset Dinner Cruise. 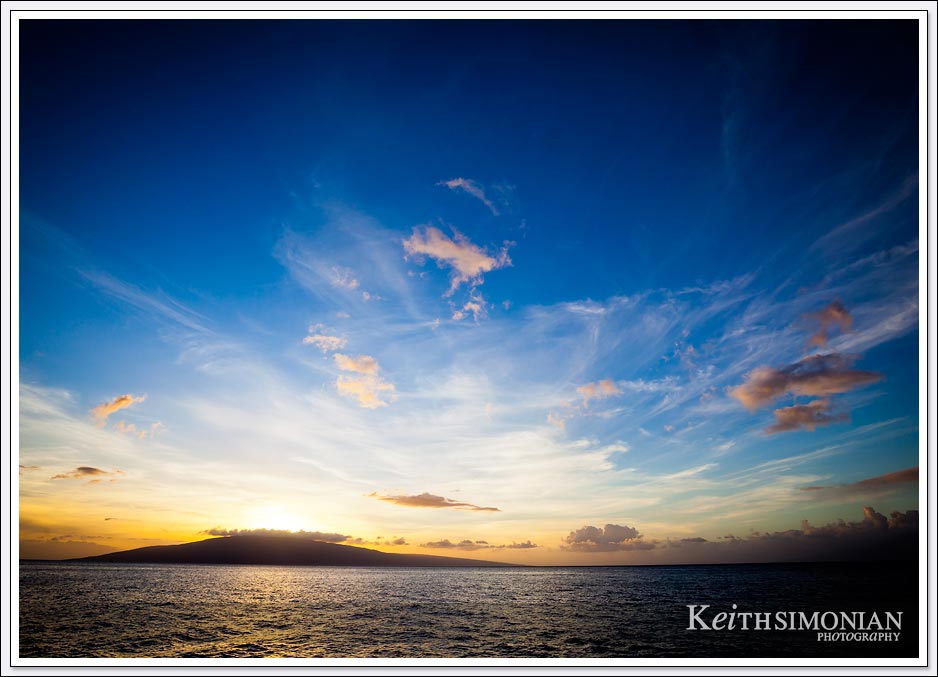 I was able to get the clouds in motion by using a 30 second exposure for this photo. I was able to steady the camera for 30 seconds by using a Bogen 209 tabletop tripod and 482 head which has now been replaced by the model 492 head. With it’s legs fully extended, the tripod stands all of 3 inches high, but the 492 head allows you to point the camera in all directions. 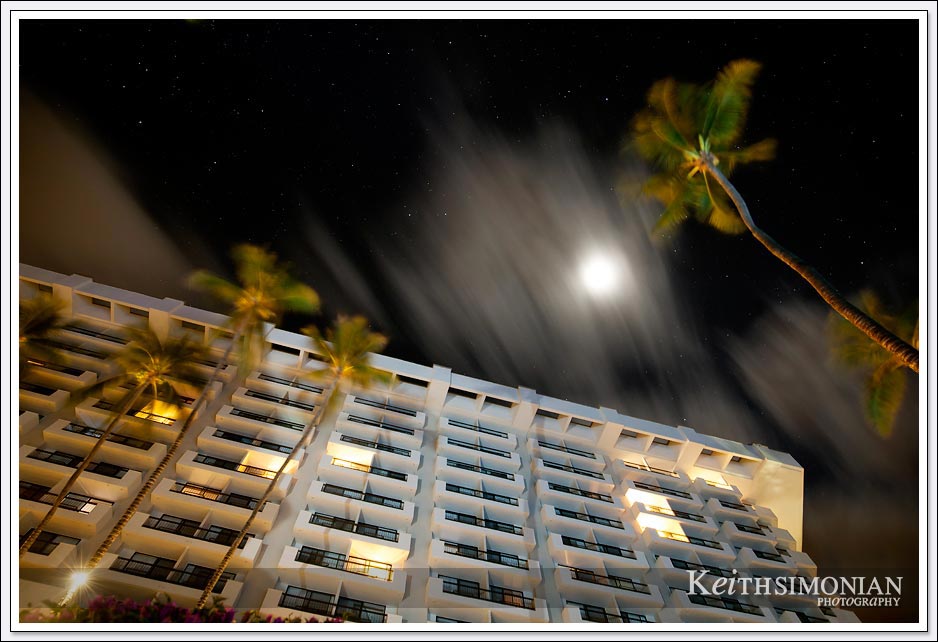 The high shutter speed stops the waves crashing over the rock along the beach for this photo. But in real life, I had to run immediately after taking the photo so the wave wouldn’t crash upon me. 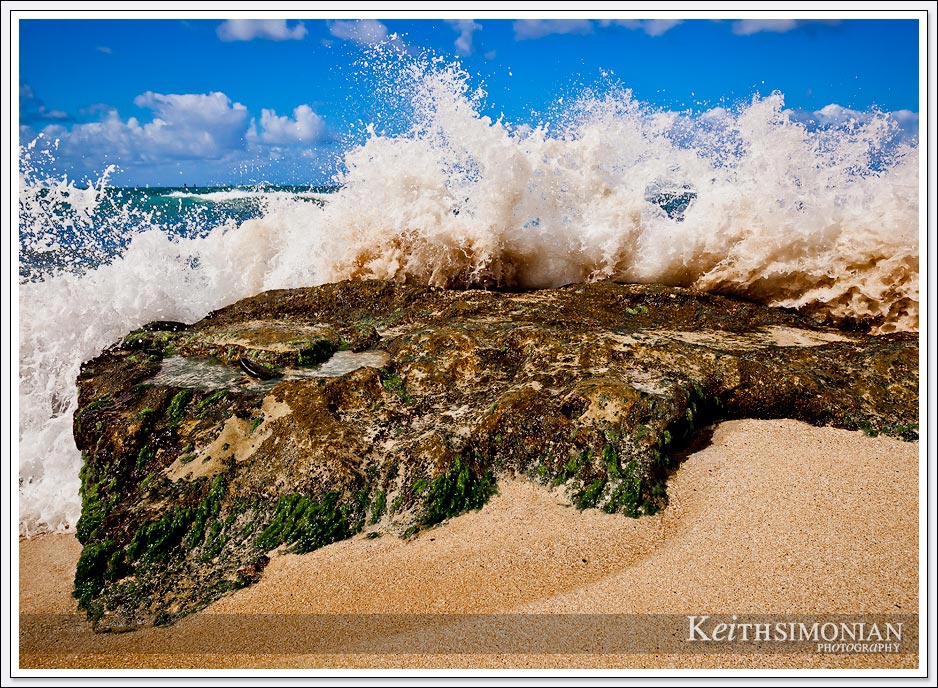 Out for a morning jog along the beach. 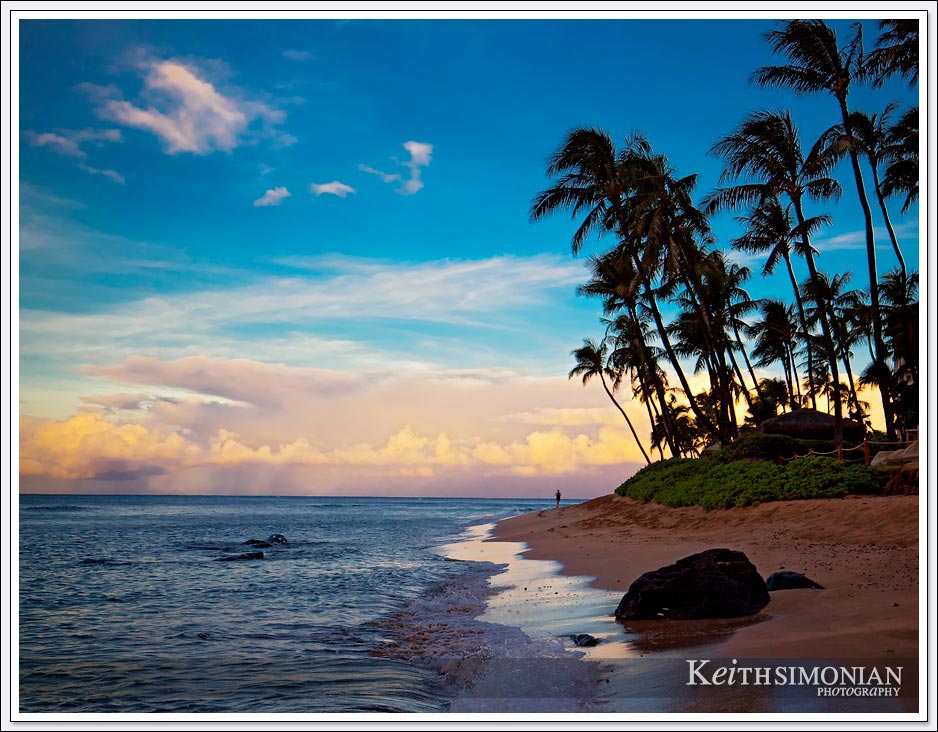 Pretty sure that’s all that is left from the atoll used in the 1995 movie Waterworld which was filmed in Hawaii. 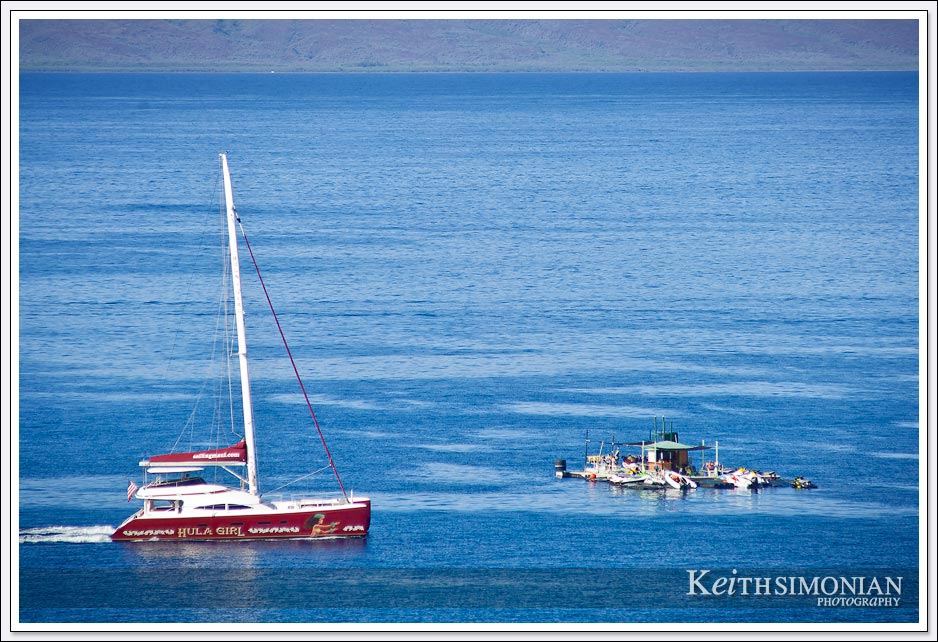 Tourist taking a photo of his and his wife’s shadow while walking along the beach. 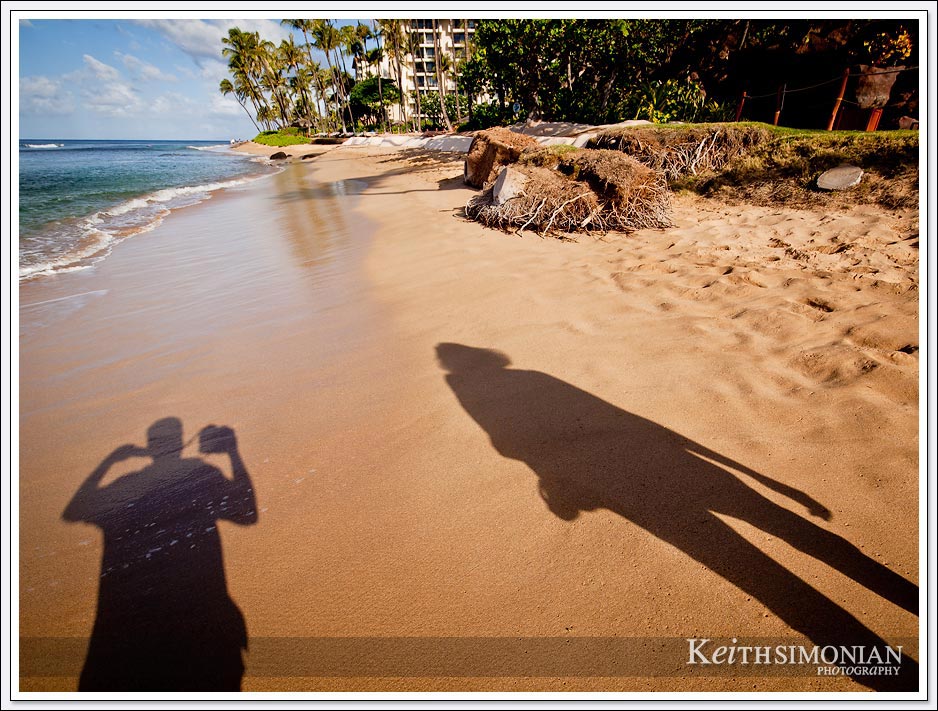 Early morning view of the hotel pool and the island of Lanai from our room. 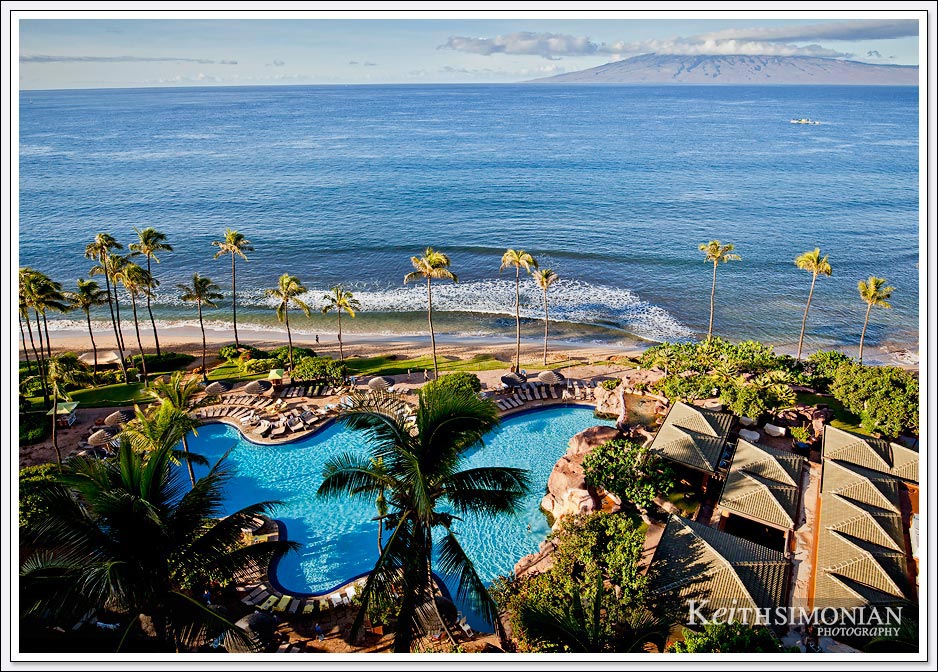 Even the birds were enjoying the view from our room. 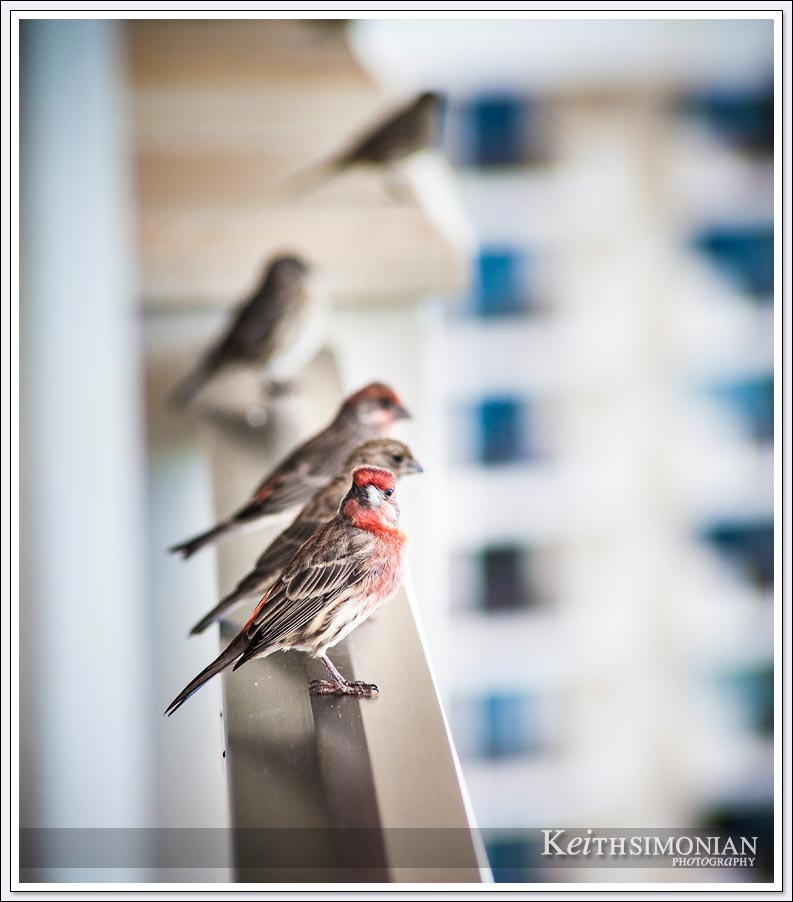 Rays of sunlight streaming through the late afternoon clouds. 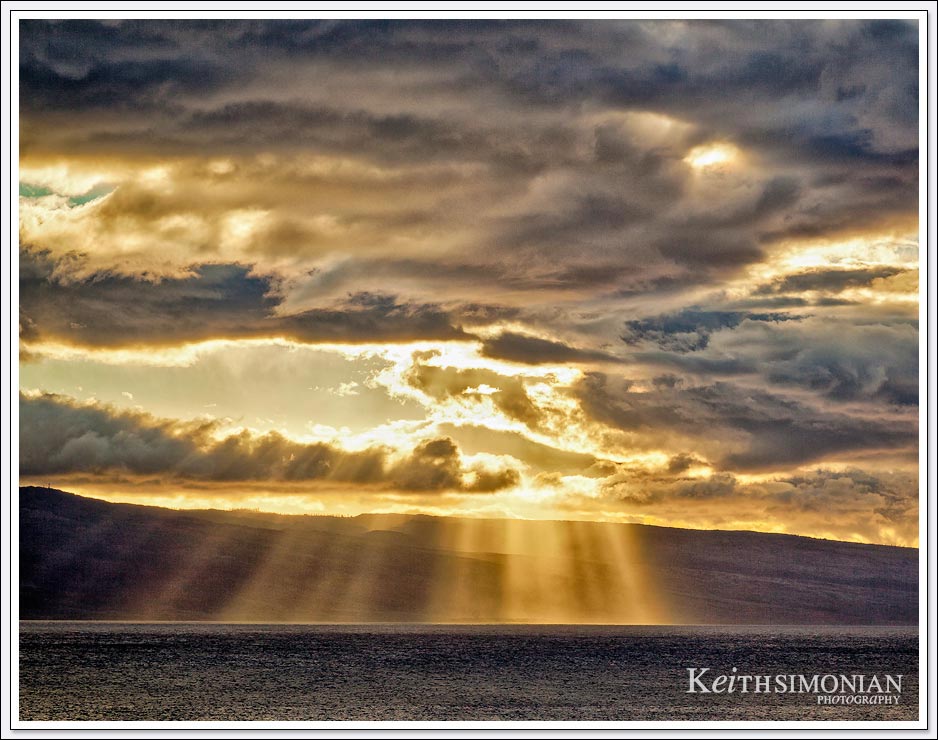