The ship docks at the pier, the pink buses are waiting to take the tourists into town. And off they go to see the sites of this Irish city. While I was growing up, nobody thought one day Belfast Ireland would become a tourist stop for the thousands that visit each day on the cruise ships. It certainly now is. 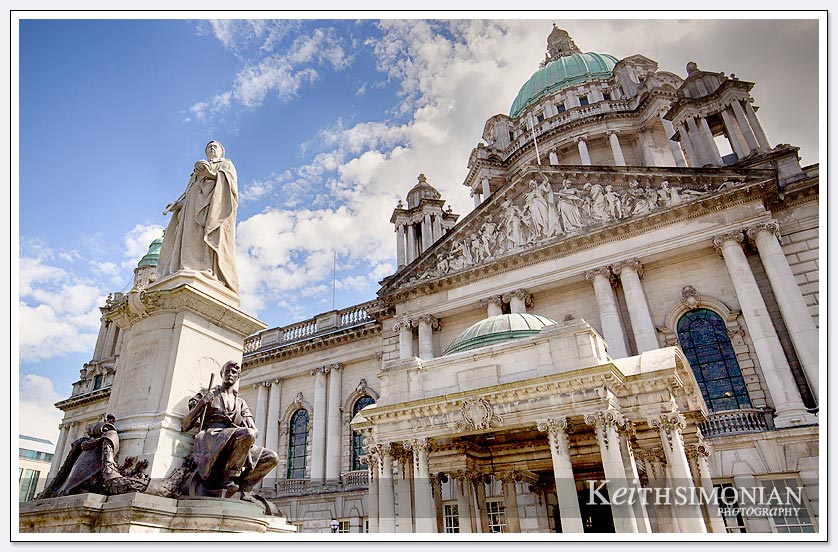 The Titanic museum which opened in 2012. 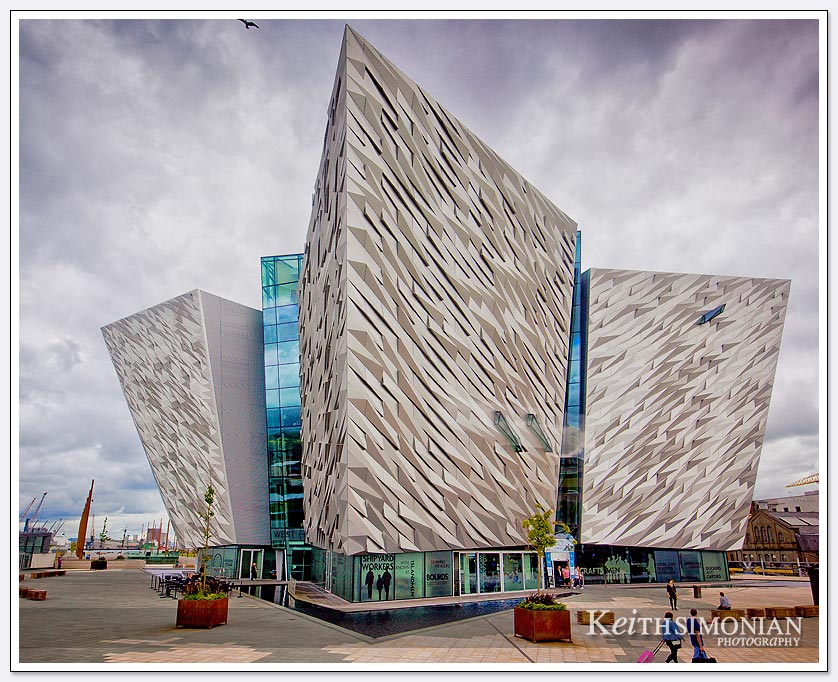 Looking out from Belfast City Hall. 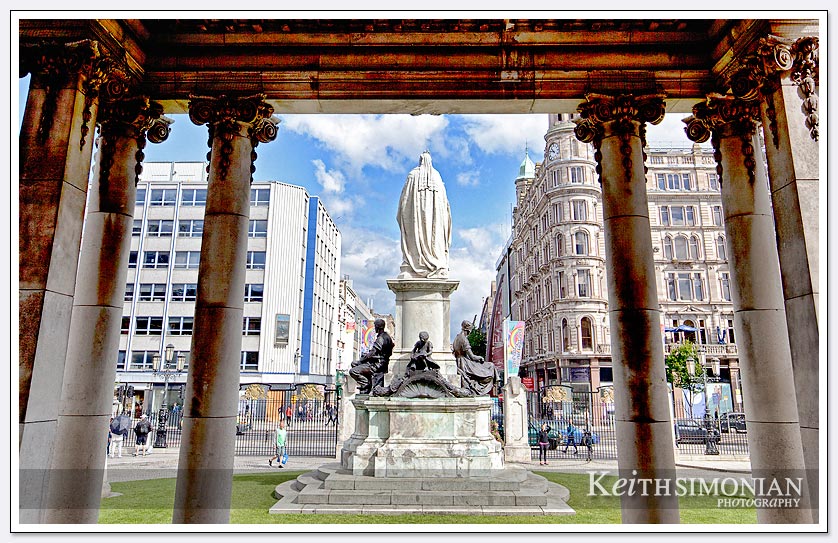 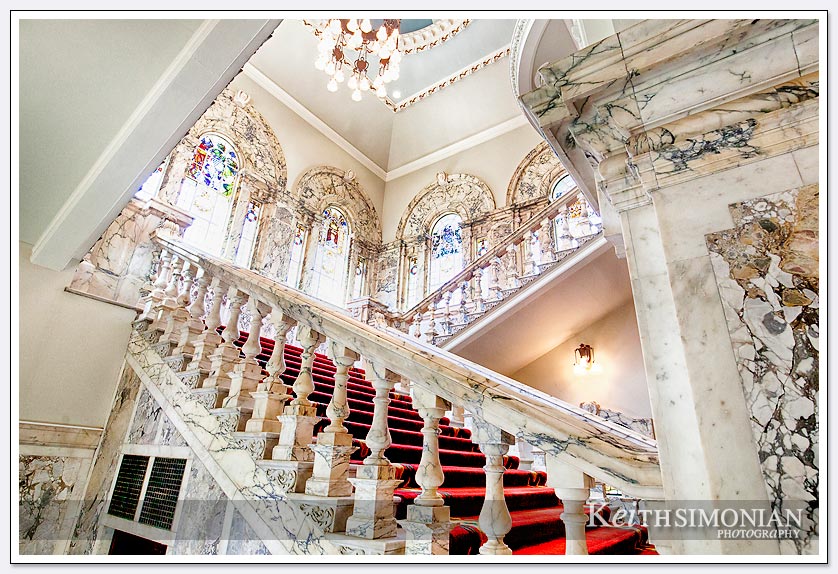 My reflection inside Belfast Castle. As the On/Off bus dropped us of at the Castle, the driver said the next bus would be along in an hour. I asked someone who was getting on the bus if the Castle was worth an hour’s visit. He said a half hour would do it. He was right. Turns out the next bus, which was an open air double decker bus came along in a half hour. Just the right amount of time to see the Castle. 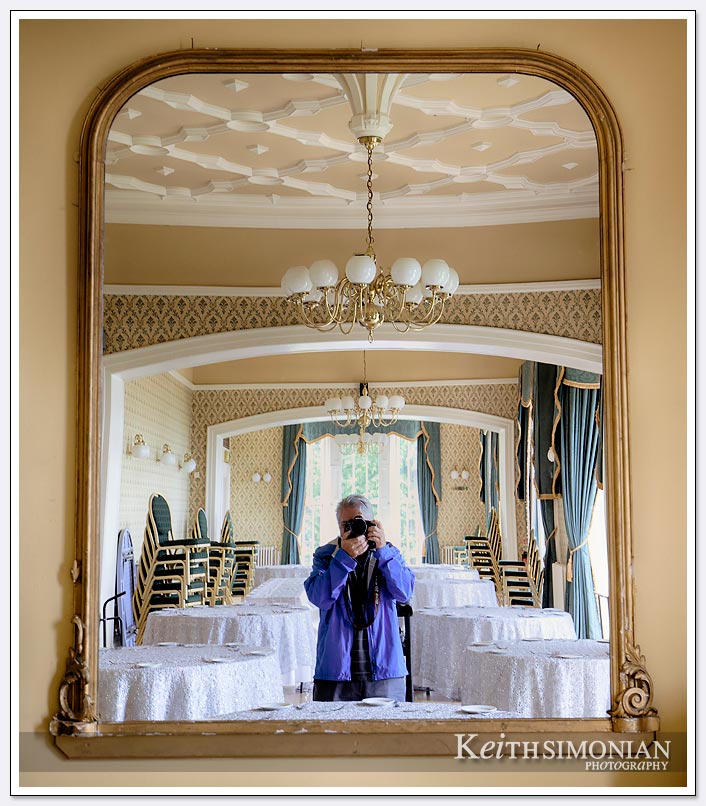 On the open air double decker bus, the trees are up close and personal. 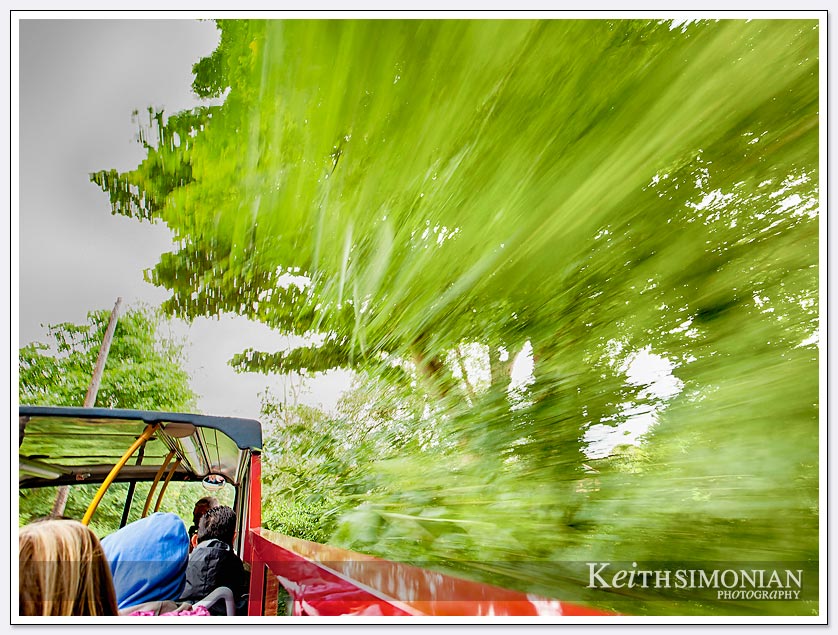 The Beacon of Hope statue on the Laganside waterfront. 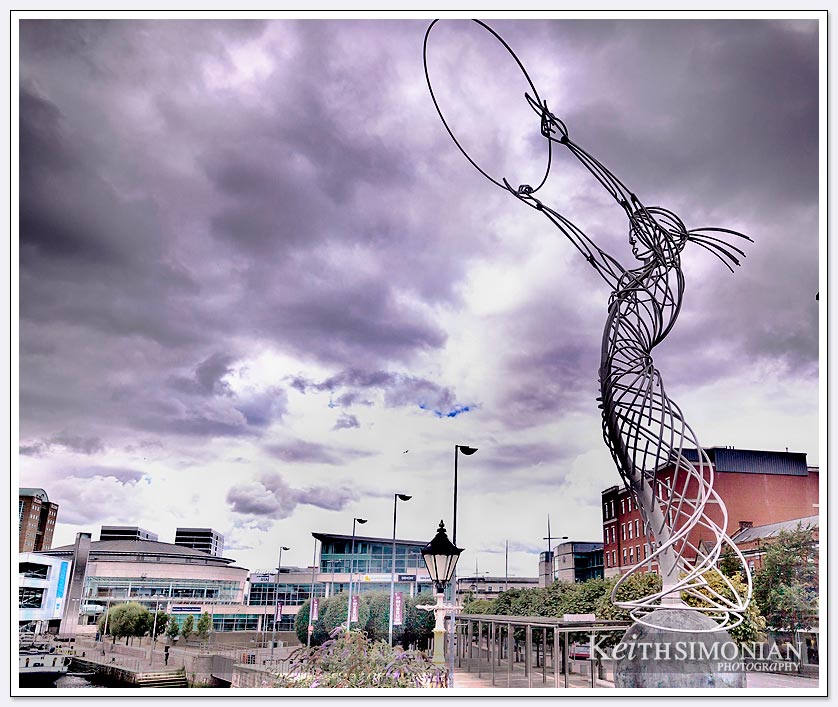 The Victoria Square Shopping Centre has an elevated dome which offers views of the city, so of course I took photos of my shoes on the staircase leading down. 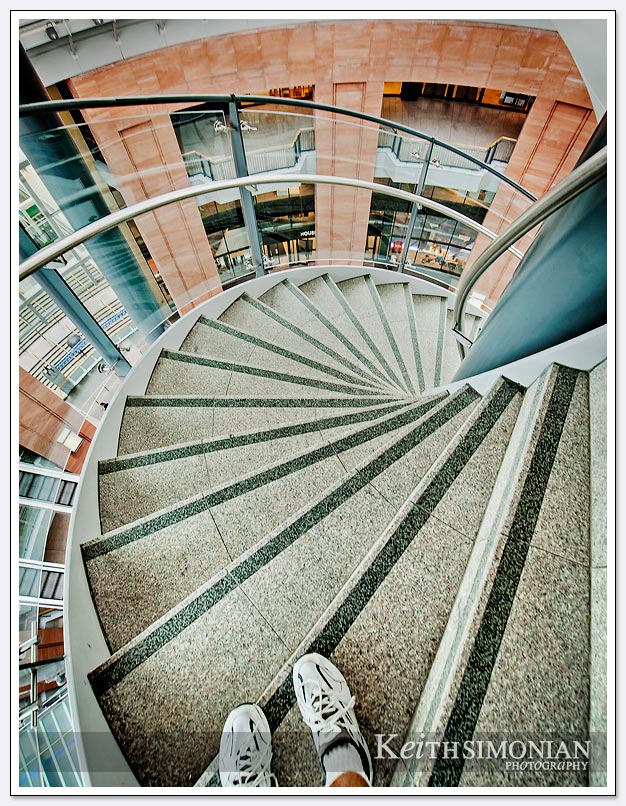 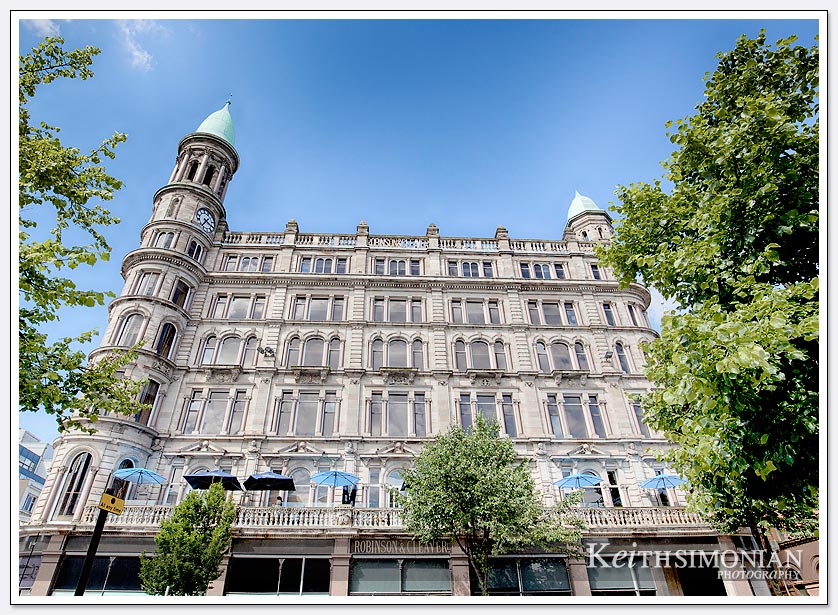 H&W crane that stands over 300 feet tall. There currently is no work for the crane, but our driver mentioned “they” were going to build a restaurant atop the crane. It certainly would offer amazing views if built. 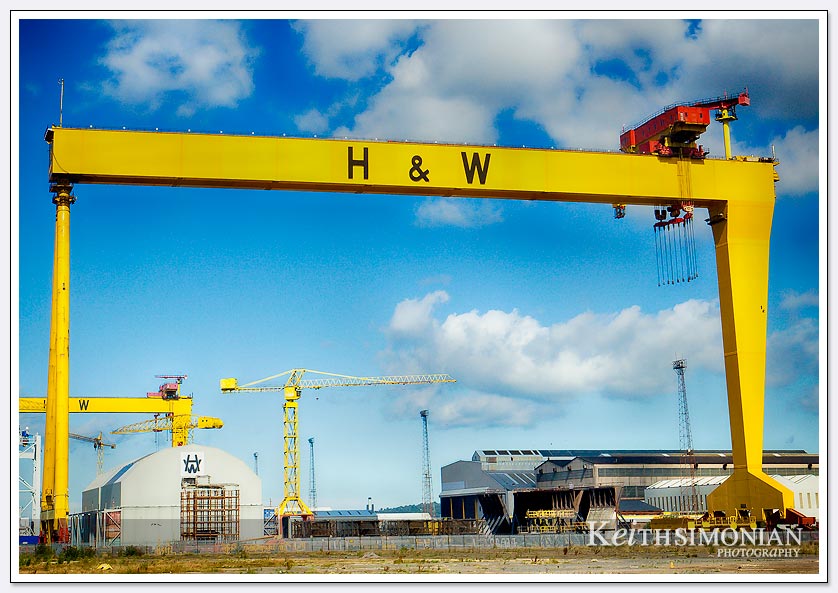 The Ikea international airport. OK, not really. It’s just a jet taking off past the Ikea store. 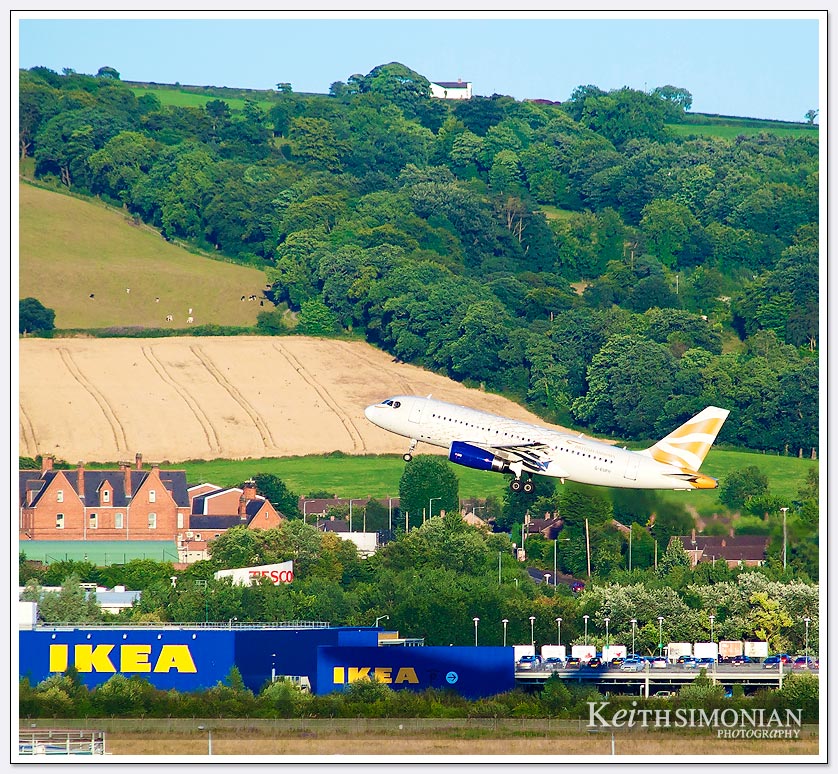 The Lanyon Building of Queen’s University. Not too bad of a photo from the 2nd deck of a bus going 30 mph. 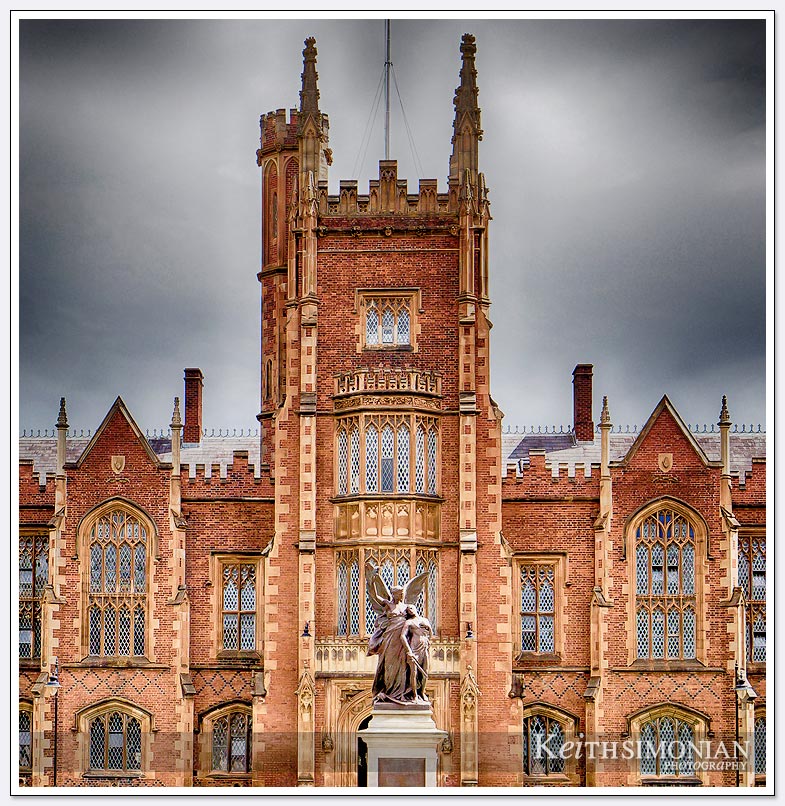 The last pink bus of the day returned passengers back to the ship before we blow out of town. 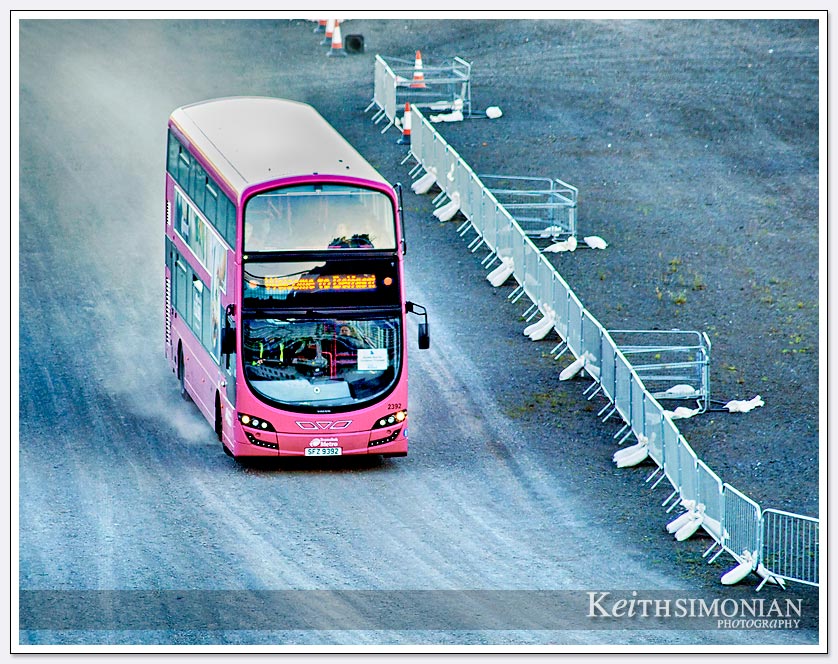