Just one day before the Super Bowl returns to the San Francisco Bay area for just the second time former 49ers Eddie DeBartolo was elected to the Pro Football Hall of  Fame. It had been a long journey for DeBartolo who made the final round three times before.
It was reported that DeBartolo’s selection to the hall was most the difficult faced by the 46 voters on the Hall of Fame selection committee with his approval vote taking longer than any of the finalists.

It almost looks as though Eddie DeBartolo is telling Ronnie Lott and Steve Young that soon he will also have one of those Yellow Hall of Fame jackets. While he now will, it’s unlikely that was the discussion taking place during this half time ceremony honoring Charles Haley on September 14, 2015 during the 49ers and Viking season opener at Levi’s Stadium in Santa Clara. 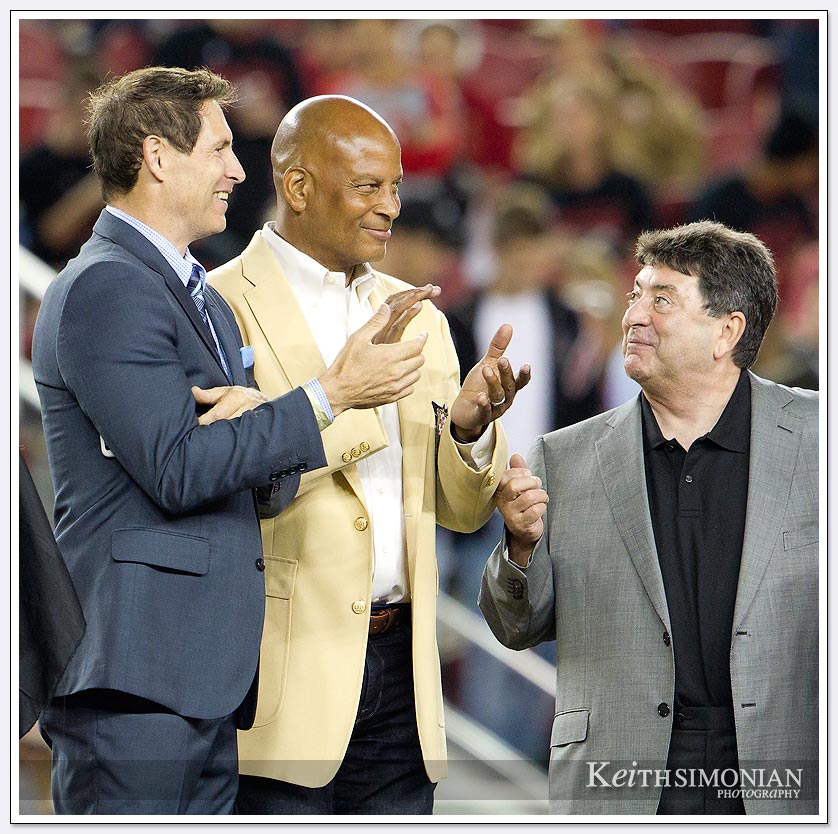