The news was released today that the San Francisco 49ers will promote their defensive line coach  Jim Tomsula to the vacant head coach position. The 49ers were looking for a new head coach after they parted ways with Jim Harbaugh who had coached the team for the last four seasons. The team will make a formal announcement of the hiring tomorrow at Levi’s Stadium in Santa Clara. The 46-year-old Jim Tomsula will become the 19th head coach in San Francisco 49ers history after spending the last 8 seasons as the Defensive Line coach. Previous to his 2007 hire by the 49ers Tomsula served as the  head coach for Rhein Fire of the  NFL Europa league. 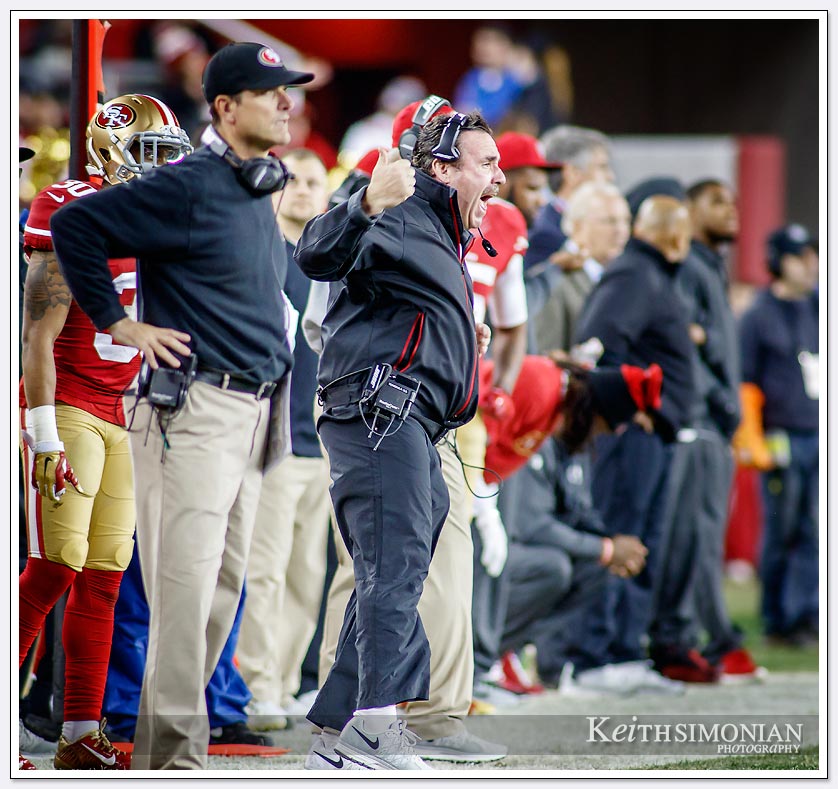 In this photo from the December 20th, 2014 game against the San Diego Chargers Defensive Line coach Jim Tomsula apprears to be yelling for a player to leave the field while then head coach Jim Harbaugh in the foreground remains calm.