One day you are the first pick in the NFL draft. One the first day of practice there are 50 photographers taking pictures of you stretching. Â Then it eight season later and you have your 8th offensive coordinator in 9 years. ( that must be a record for a quarterback that’s only played for two teams )

A lot happened in between. You were the 49ers future. Then you were not. You hurt your shoulder, but the coach says play anyway. Of course you didn’t play well. Then the 49ers hired a motivational speaker to be head coach. It turns out in the NFL you need a coach that knows X’s and O’s a whole lot more than you need motivation. Then a highly respected coach takes over and turns the team into champions with the first season ending so close to a Super Bowl trip.

Things look great for the next season till you get a concussion and the 2nd string quarterback takes over for the rest of the season. That season end just 5 yards short of winning the Super Bowl. Then your time with 49ers is over and you head to the Kansas City Chiefs who are hoping to turn things around with a new coach and new starting quarterback.

Then you meet your old team in a preseason game this Friday. If you are Alex Smith, you just never know how things will turn out. 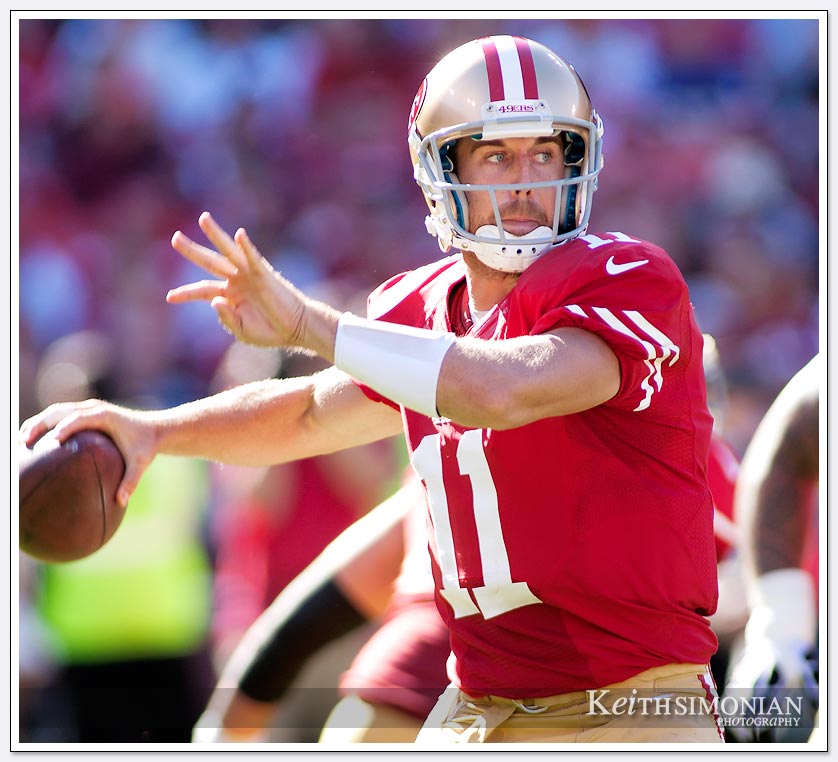 November 7, 2013 update: Well, sometimes you really never know how things will turn out. The Kansas City Chiefs were a worst in the NFL 2-12 during the 2012 season. With Andy Reid as their new head coach for the 2013 NFL season and Alex Smith as their starting quarterback Â for the season they are now the only undefeated team in the league with a 9-0 record. With a bye this week, they will remain the only undefeated team in the National Football League at least until till their November 17th meeting against the Denver Broncos on theÂ Sports Authority Field at Mile High.

In researching this update about Alex Smith, one thing became quite clear. When he has a good coach, he is a good quarterback and vice versa. While playing at Utah the head coach was Urban Meyer. After just two years at Utah, Meyer left for Florida where he lead the Gators to two National Championships during his 6 year tenure as head coach. Meyer is currently head coach at Ohio State.

Until Jim Harbaugh took over the San Francisco 49ers, Alex Smith had plenty of not so good seasons and coaches. His best year before the Harbaugh era began was when his offensive coordinator was the well respected Norv Turner. Â When Norv Turner went South to become head coach of the San Diego Chargers, things also went “south” for Alex Smith.
Enter Jim Harbaugh and Alex Smith is once again a good quarterback leading the team to the NFC Championship game during the 2011 NFL season, and sharing duties as starter during the 2012 NFL season that lead the San Francisco 49ers to the Super Bowl in New Orleans. During the off season Alex Smith is traded to the hapless Chiefs, but once again teams up with a good coach in Andy Reid, and once again Alex Smith is a good quarterback. This shouldn’t surprise anybody who has followed Alex Smith’s career or my blog.