It’s interesting that the Louvre museum which houses the most famous painting in the world, the Mona Lisa, has a glass pyramid that was completed in March, 1989 in the Napoleon Courtyard as its most recognizable feature. 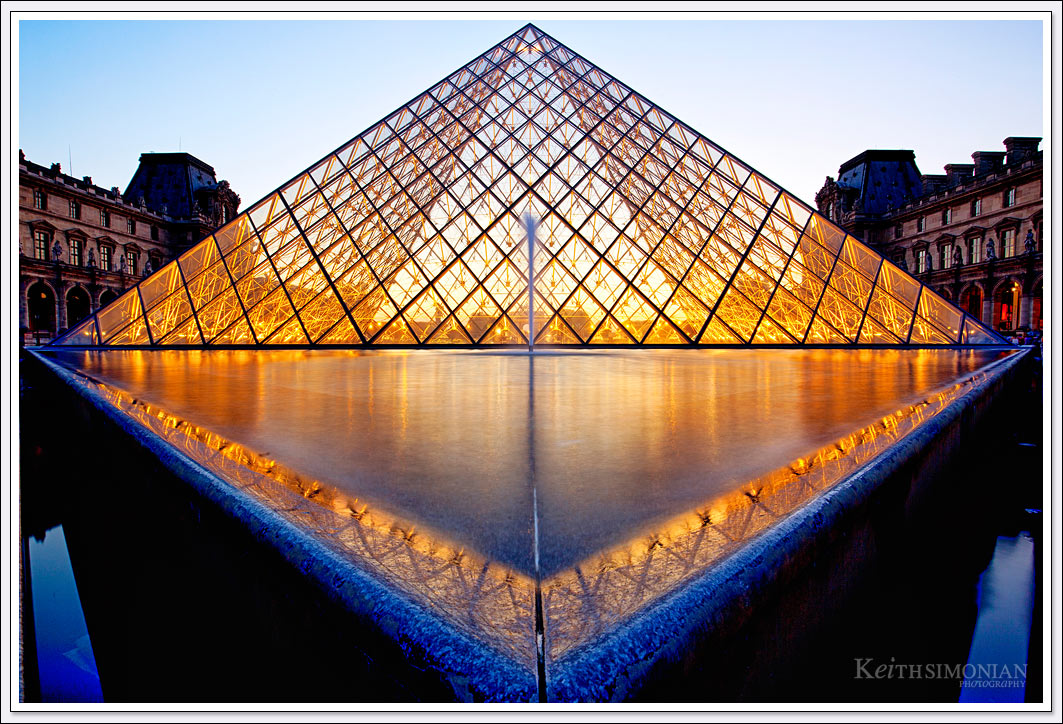 The main buildings of the Louvre on the right bank of the Seine River that are home to some of the most famous art in the world were at one time the Royal Palace. Yet, the Louvre Museum’s most famous and recognizable bit of exterior is the glass pyramid and reflection pond that designed by I. M. Pei.

So in 1983 recently elected French President Francois Mitterrand selected I. M. Pei as the lead architect to modernize an aging Louvre museum. As the the number of visitors had increased, the current entrances couldn’t handle the volume. The museum was running out of space. In fact one of the current wings had the Minister of Finance’s offices there. He was kicked out to add more space.

Pei’s planned called for creating extra space by creating underground offices and stores in what then was the Napoleon Courtyard that was covered with gravel. The courtyard would also serve as the new main entrance to the museum that could handle the ever increasing number of visitors. Where the plan ran into a problem was then at the time almost universally panned idea of the seventy one foot tall glass pyramid as the entrance structure and focal point of the courtyard.

Despite almost everybody in France disliking the idea, building went ahead, and the Glass Pyramid was officially opened in March 1989. It’s not clear when the design went from an eyesore that offended most all, to become a famous landmark in Paris. But that is what has happened.