This October 18th, 1998 3Com Park meeting between the San Francisco 49ers and the Indianapolis Colts is interesting not because the 49ers kicked the game winning field goal with 5 seconds left in the 4th quarter to win 34 to 31, but because of how many future NFL Hall of Fame players played that day.

That day in October featured three San Francisco 49ers players who would reach the NFL Hall of Fame. Those being Steve Young, Jerry Rice, and Terrell Owens. The Indianapolis Colts had two players that day who have reached the Hall of Fame, Marvin Harrison and Marshall Faulk. If that seems like a lot, it is. But wait there is more. While not on the field, the Colts President/General Manager Bill Polian would be inducted into the Hall of Fame with the 2015 class. So now we have six. But wait, there’s still more. The Colts rookie quarterback that year was the number one overall pick in the NFL draft Payton Manning. The only reason Manning currently isn’t in the Hall of Fame is the 5 year waiting period after a player retires. Manning’s last season was 2015, and he seems quite likely to gain entrance in his first year of eligibility.

So now we are up to 7 from that game that have/will be in the Hall of Fame. There is a chance for once more player to make it. That would be Bryant Young of the 49ers who made it to the final 15 this year, but wasn’t among the final selections. 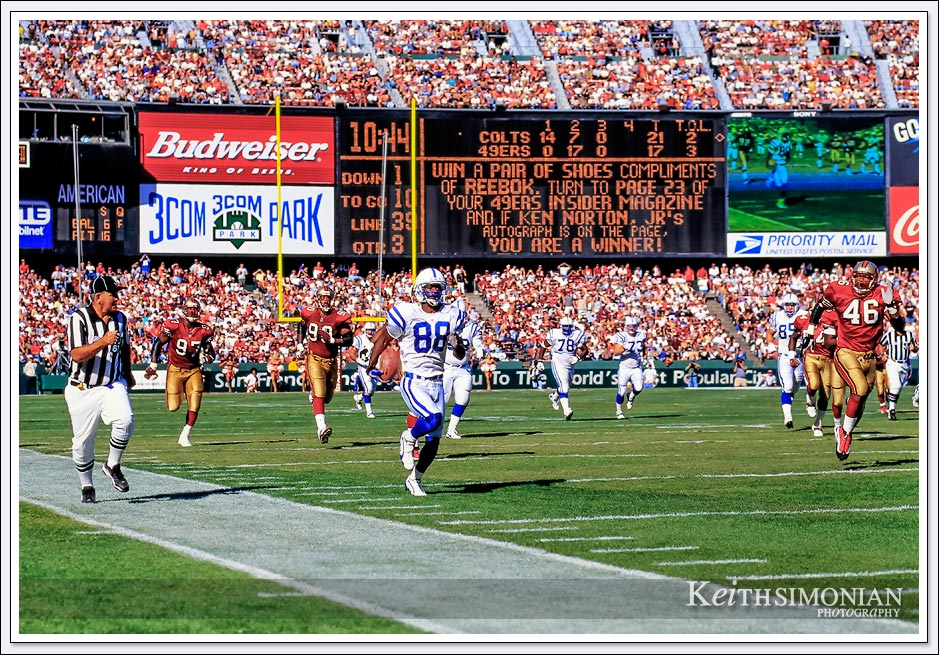 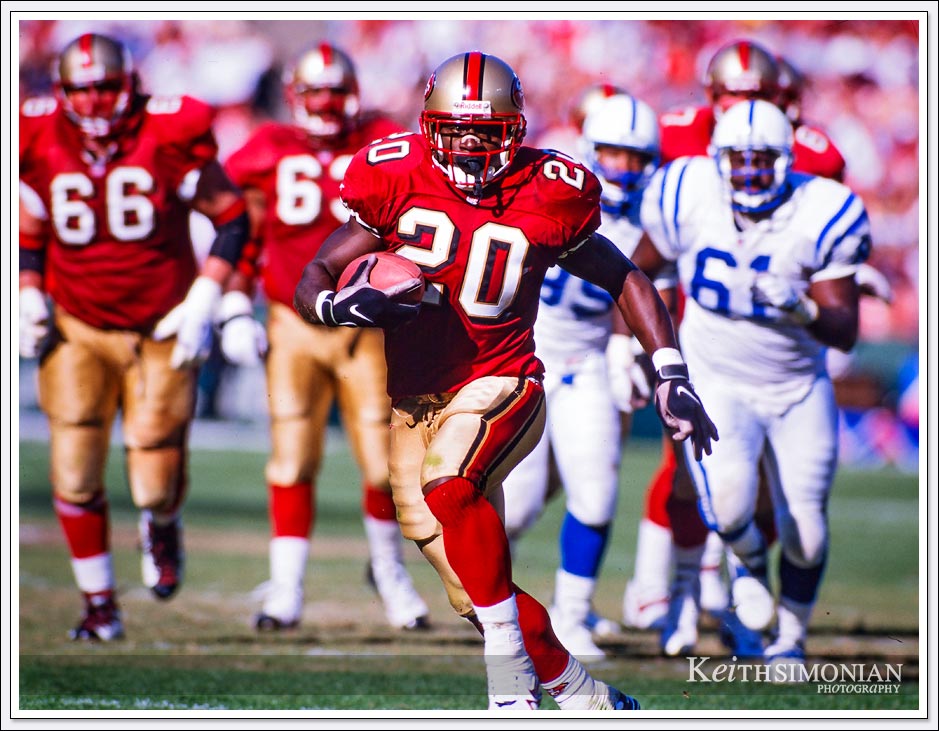 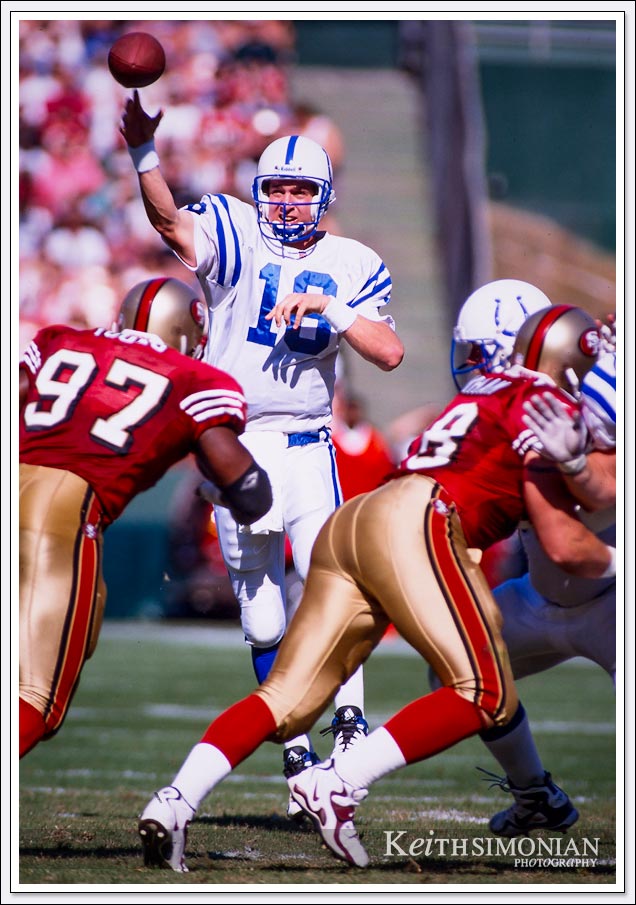 The 1998 season was Peyton Manning’s rookie season, and he would make the NFL all rookie team. Against the 49ers he went 18 for 30 passing with 3 touchdown passes and 231 passing yards. For those who really, really like stats, his quarterback rating was 117.5, while on Steve Young’s rating for the game was 96.1. 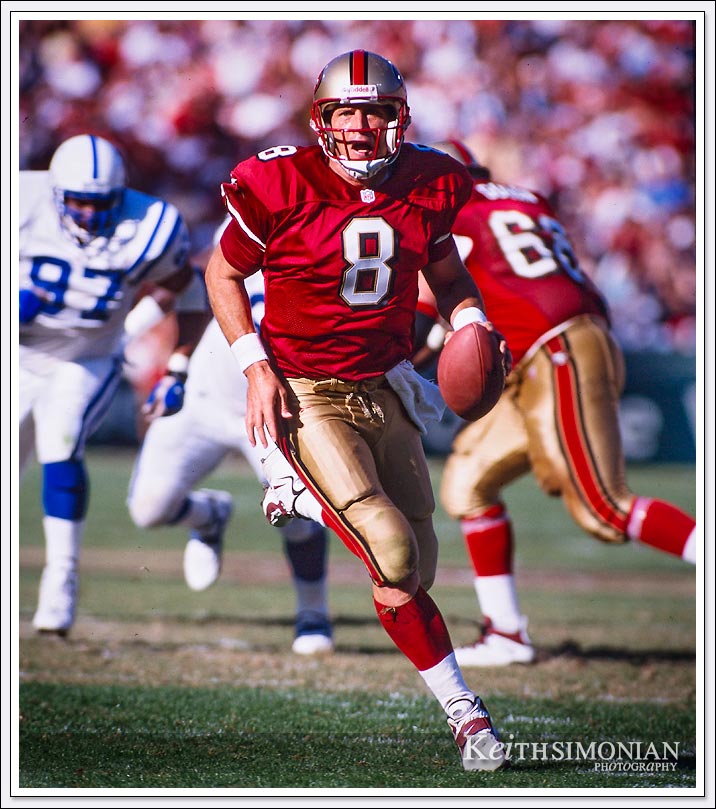 Beside throwing for 331 yards and two touchdowns, #8 Steve Young also rushed for 60 yards on the day. 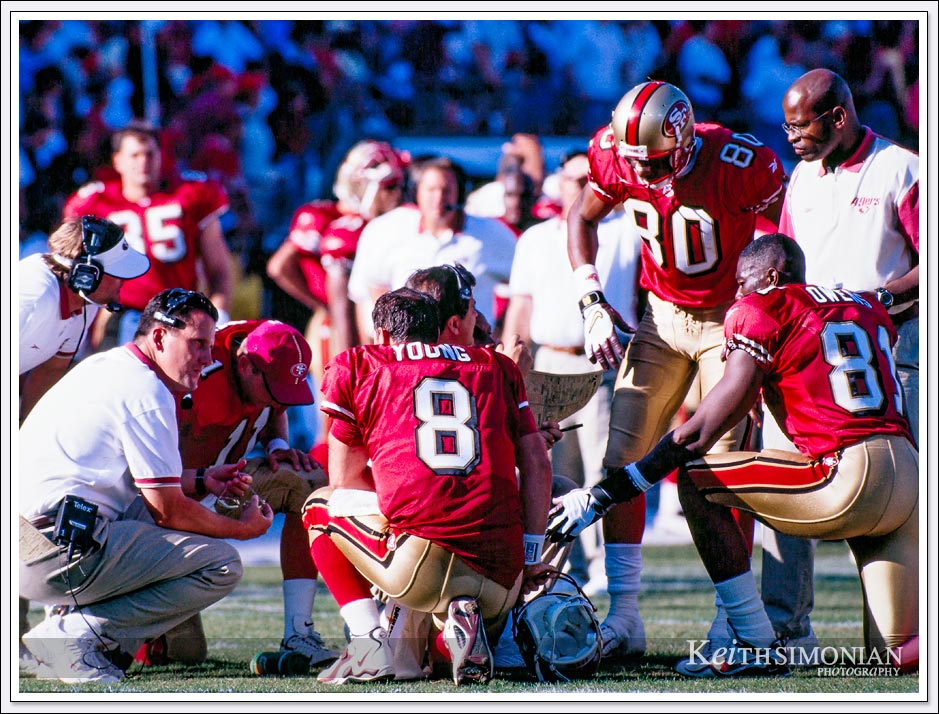 Head coach Steve Mariucci ( block by #8 ) discusses plays with three San Francisco 49ers that will be enshrined in the NFL Hall of Fame. Those there players being, #8 Steve Young Quarterback, #80 Jerry Rice Receiver, and Terrell Owens #81 Receiver. 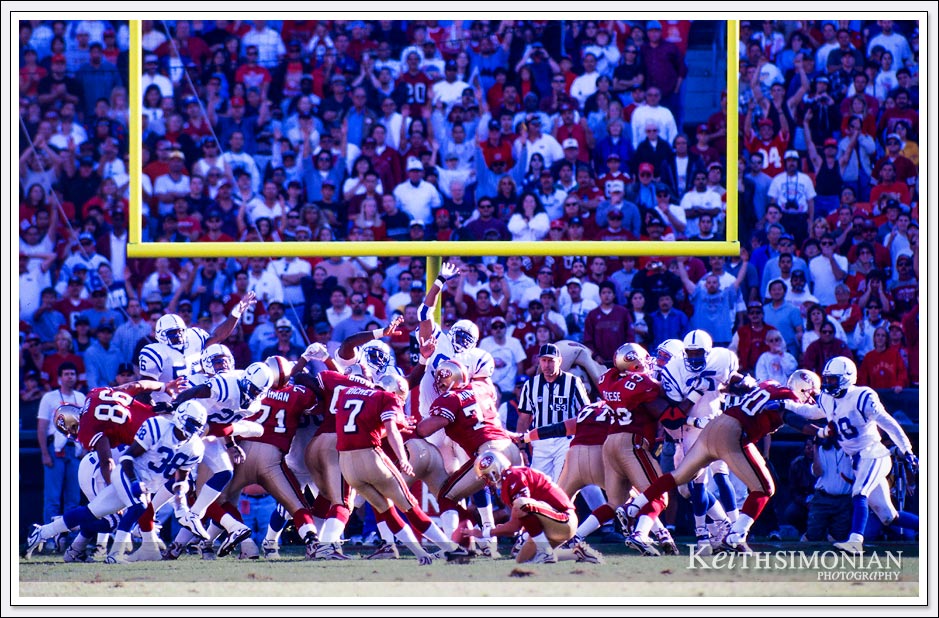