This early morning photo of the Ponte Vittorio Emanuele II bridge reflected on the Tiber River in Rome, Italy certainly gives the appearance that the water is Blue. 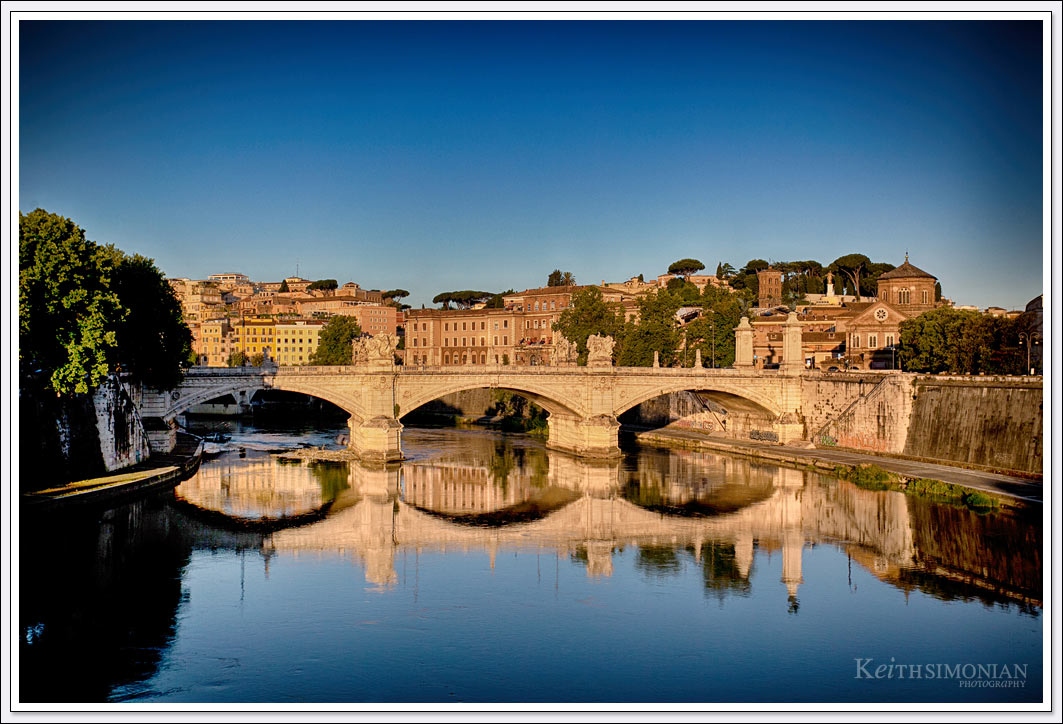 Most times of the day the water had a much, much Browner color to it. So Brown in fact was the water, than any reference to the River who’s name I didn’t know at the time of my visit to Rome was just called the Brown River.

This photo was taken on my last day of four days in Rome before heading to sea on a 22 day Mediterranean cruise with stops in 6 different countries which included Malta, Greece, Croatia, Turkey, Montenegro, and more stops in Italy. I woke up early and decided to go out and about to capture Rome in the early morning light. The Ponte Vittorio Emanuele II bridge is only about 100 meters from the Castel Sant’Angelo which I had visited the day before.

The Beauty of Rome Italy in the Morning

The statues on the bridge come to life in the low early morning light that highlights the features the artist intended. Photos from my four day Rome adventure are featured in this blog post that includes visits to the Vatican Museum & Sistine chapel, St. Peter’s Basilica, the Piazza del Popolo, the Spanish Steps, the Trevi fountain, the Colosseum, the Roman Forum, the Piazza Navona, the Basilica of Saint Paul Outside the Wall, and the almost 2,000 year old Pantheon.