Here is the legal mumbo jumbo – These tickets are not good for admission to any event anywhere, anytime or any place. The row number along with parts of the bar code, and the tracking number have been removed from the image for the safety of all involved. This will be the 49ers sixth Super Bowl, while it will be the 2nd for the Ravens. It will be first Super Bowl for both head coaches, Jim and John Harbaugh.

Don’t forget to watch the game in High Definition (HD) on CBS.
It’s the first Super Bowl ever to feature two brothers as head coaches. 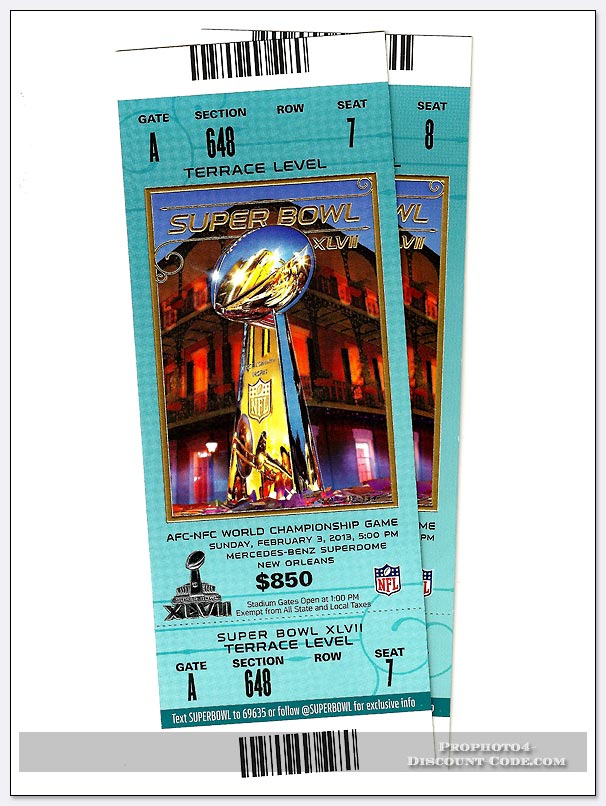 Final Score – The Ravens beat the 49ers by the score of 34–31, handing the 49ers their first Super Bowl loss in their franchise history.