This image was created by stacking 220 thirty second exposures of the night sky. 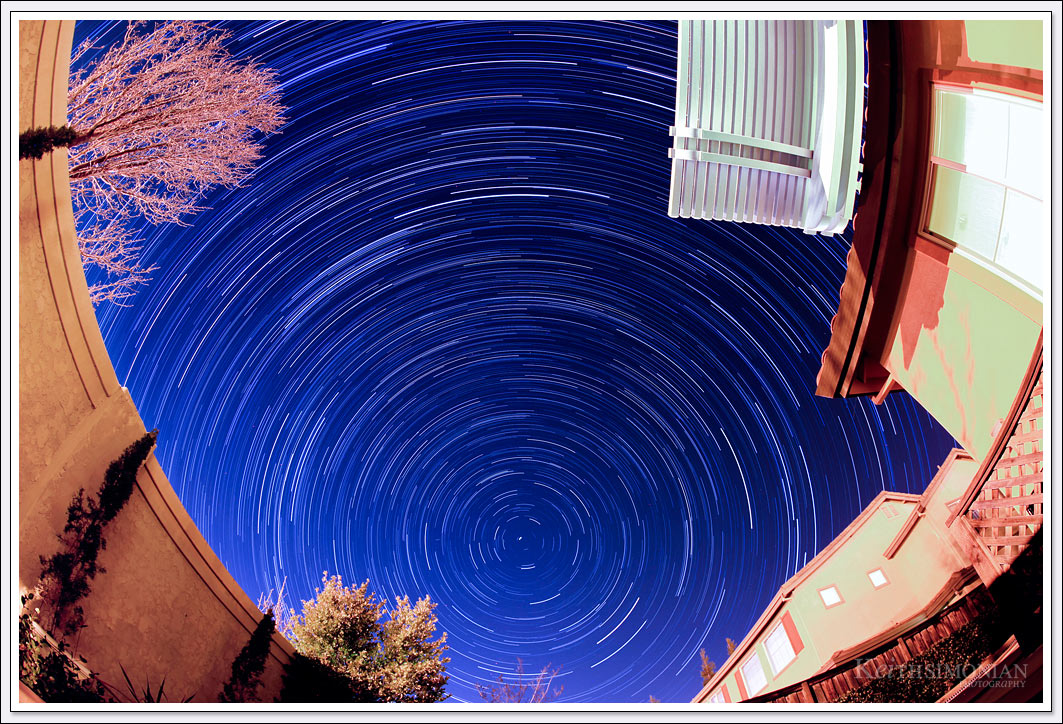 Many people use Photoshop to stack the many images, I use a program called Startrails Version 2.2 which can be downloaded for free from CNET Downloads.

The image shows the night sky from 7:22 pm to 9:13 pm on February 14 photographed with a 15mm fisheye lens at f 5.6. As I live in the San Francisco Bay Area, there were several jetliners that passed through the night sky I was photographing. While you can’t see the jet, you can see their blinking safety lights. Those were painstakingly removed from the photo.

While not visible in the photo, the street lights to the left cast a color shadow on the house trellis, that had to be separately color corrected to match the natural light of the sky.