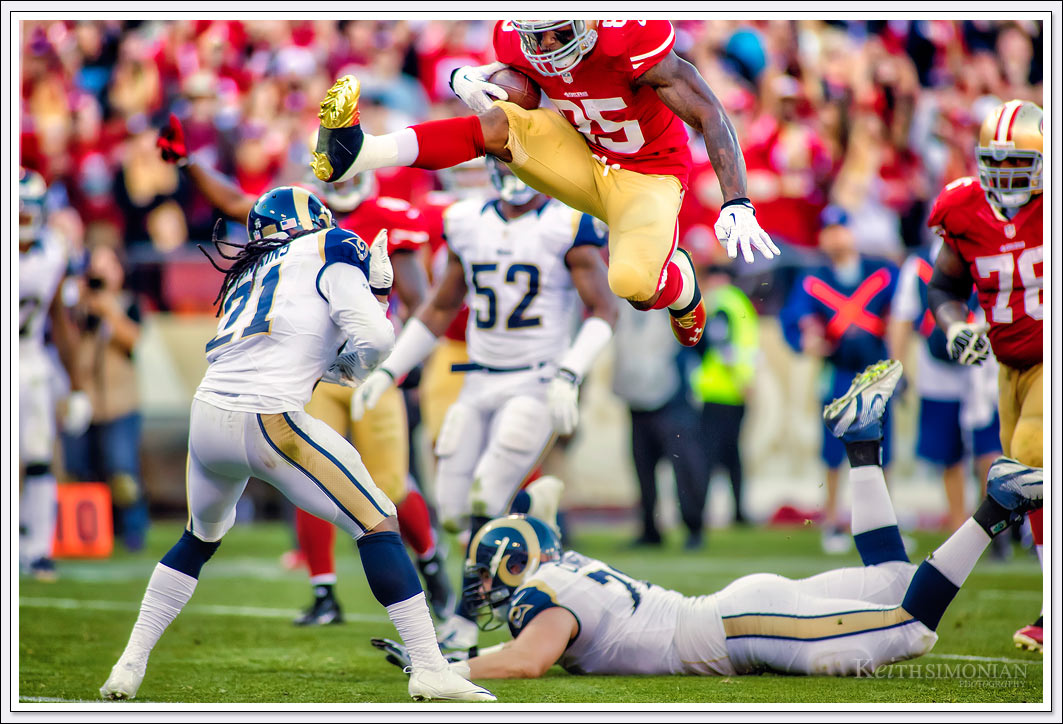 The first time it happened Vernon Davis was running a full speed when he leaped over me while I was ducking for cover just two yards outside of the end zone. First lets get the details of this play.

While researching this play, I found a video of the play and was amazed how quickly Vernon went airborne on this 17 yard reception that would be touchdown. The 49ers would win this December 1st, 2013 meeting with the St. Louis Rams 23 to 13 in front of 69,732 fans at Candlestick Park. On this scoring play 49er quarterback Colin Kaepernick rolled to his right and hit tight end Vernon Davis at the 10 yard line, after which he covered the last 10 yards for a touchdown with this hurdle over St. Louis Ram’s cornerback #21 Janoris Jenkins.