Even though the Oakland Raiders and the San Francisco 49ers play 20 miles apart as the crow flies, they only play each other once every four years during the NFL regular season. This meeting took place on October 8th, 2000. 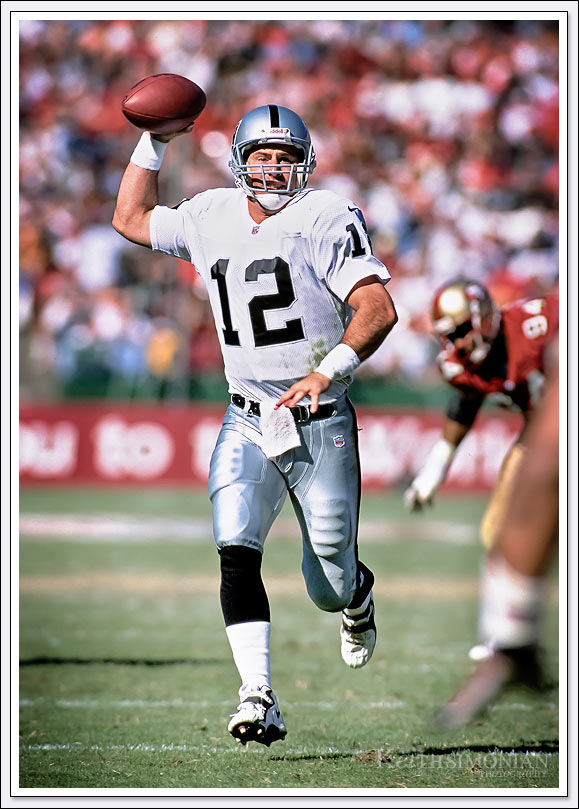 This image was made back in the “olden days” of film. It was captured on Fujichrome 100, and then the slide was scanned many years later.