No visit to Palma de Mallorca, Spain would be complete without stopping by the Baleares Coliseu Bullring that was built in 1929 and holds 10,000 visitors for concerts and bullfighting if it’s still allowed. 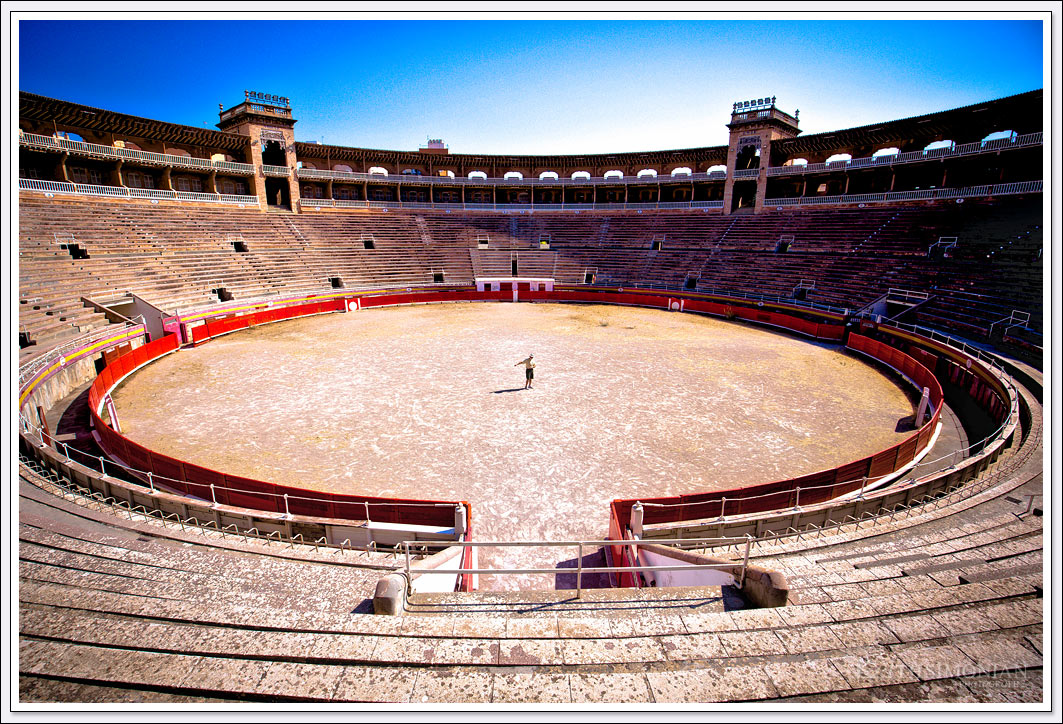 This photo shows a tourist alone in the center of the ring with an imaginary cape, fighting an imaginary bull in front of an imaginary crowd. Most likely the best and safest way to fight a bull. While it appears there is nobody in the Coliseu, there were several bus loads of visitors clamoring around taking photos and checking out the views. I just timed this right to capture the entire venue with only this “lonely bullfighter” in the ring.

The bullring which is only used a couple times a year is not in pristine shape, but as it’s open on non event days, you can roam around the entire venue and venture to the top to get great views of the city.