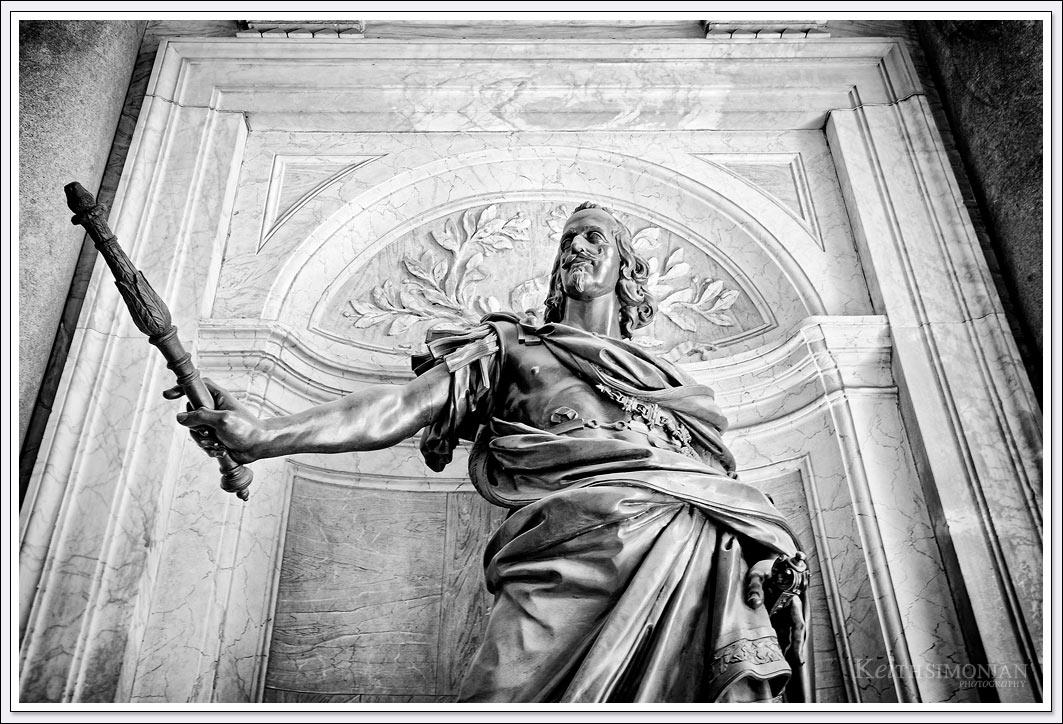 Construction on the Basilica di Santa Maria Maggiore started in 435 AD, and it is one of the four major Basilicas in Rome.

Now days after you pass through security and enter the portico, to the right is the statue of King Phillip IV of Spain, one of the basilicas benefactors. The reason this statue is associated with Gian Bernini is that he sculpted the clay model it’s based on. The finished bronze statue however was done by Girolamo Lucenti in 1692.