The couple was married at St Peter’s Chapel on Mare Island in Vallejo during a late afternoon ceremony. The church is national treasure that features a vast collection of Tiffany stained glass all set in a beautifully designed traditional chapel setting. 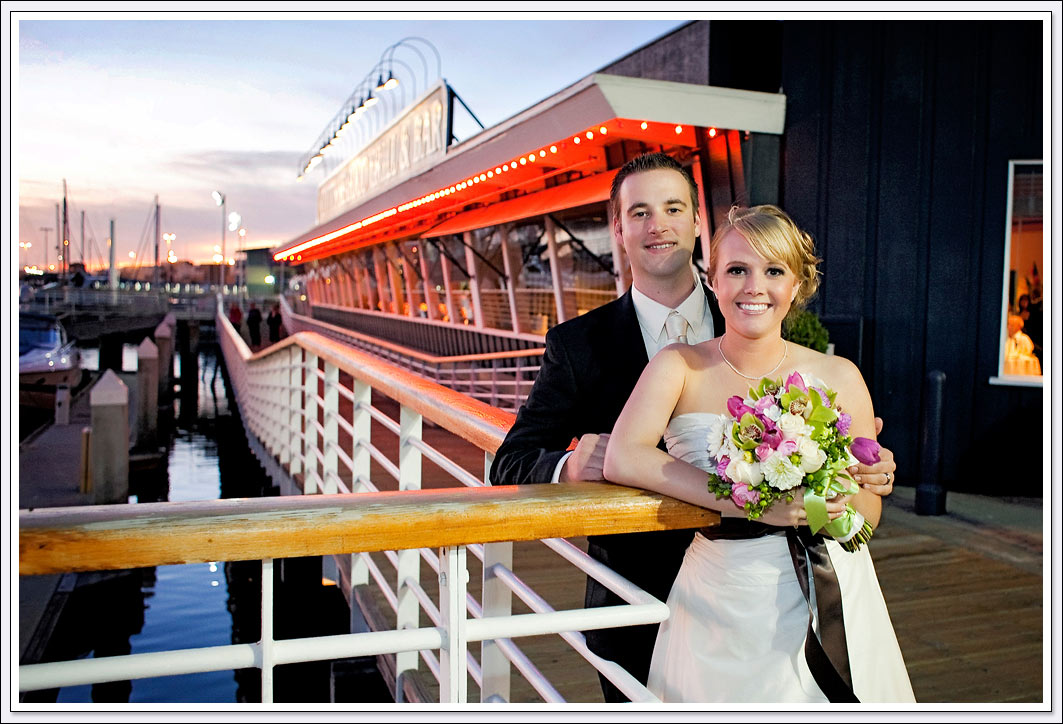 Their reception was held at Scott’s Seafood Restaurant in Oakland. It was hoped we would make it through the Highway 80 Friday afternoon rush hour traffic and get to Jack London Square in time to catch the golden sunset light.

The traffic was a little lighter than expected and I was able to make this image before the couple’s wedding reception started in that golden light just after sunset. Sometimes you get a little lucky. Of course it’s also nice to be prepared.

Being prepared for this photo meant adding some flash to balance out the lighting and putting a clean light source on the couple. The key of course is not to add so much flash light that it overpowers the sky light and neon lights from the restaurant.