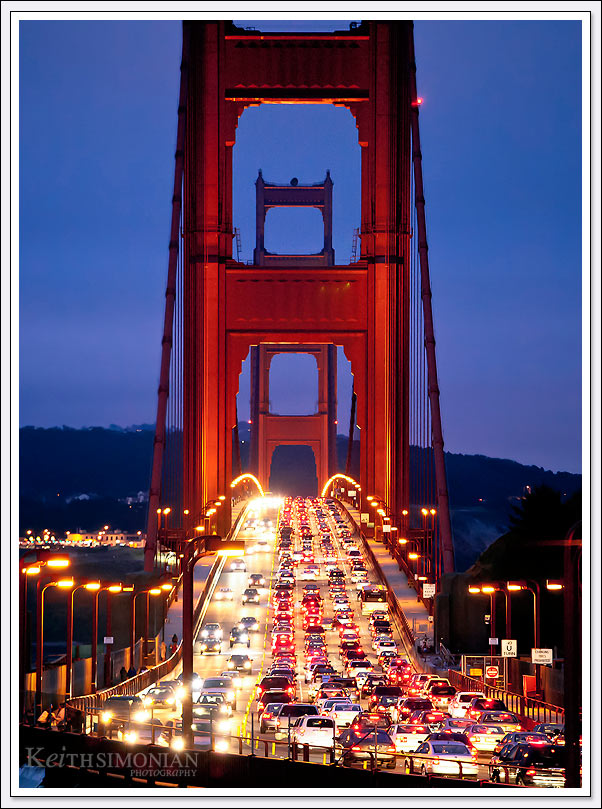 Those four out of the six most famous bridges in the world would be, the Golden Gate bride ( San Francisco ), the Tower Bridge ( London England ), the Ponte Vecchio ( Florence, Italy ), and the Rialto bridge ( Venice, Italy ).

The experience I remember most while crossing the other famous bridges was when my wife and I crossed the Tower Bridge in London during a visit to the British Isles. We had just come from visiting the Tower of London and decided to cross the Tower Bridge. While crossing the bridge I noticed a sign proclaiming it was the most famous bridge in the world. It saddened me that those misguided people in London thought their bridge was more famous than the Golden Gate. 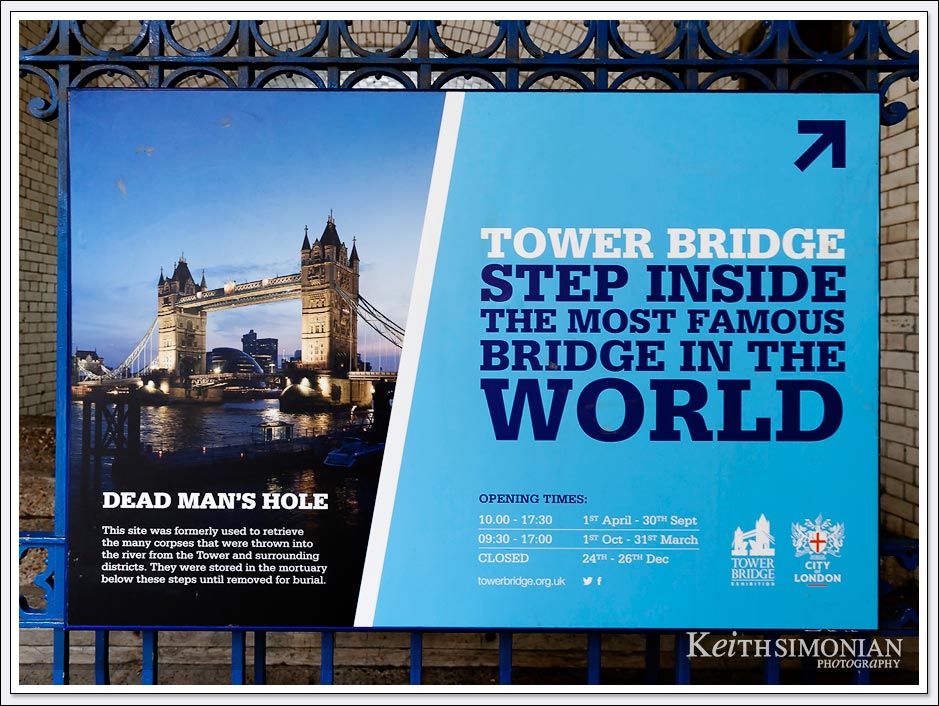 Here’s the details of this photo of the Golden Gate Bridge. The photo was taken on July 24th several years back at 8:48 PM. At the time of the year of the year you still get a mixture of skylight and ambient light. This photo was taken from the Marin side of the bridge at the visitor center. To compress the view, I was using my 70 to 200 mm zoom lens at 200 mm. I was able to make this image hand held by using the Images Stabilization feature of my Canon lens to capture the bridge at 1/25 of a second at f4.5. I’m pretty good hand holding my camera and lens at low shutter speeds when required, but I wouldn’t have gotten a sharp image had it not been for the Image stabilization feature.