This view from the Marin headlands shows the low lying fog covering all but the red suspension towers of the Golden Gate bridge with San Francisco in the background. 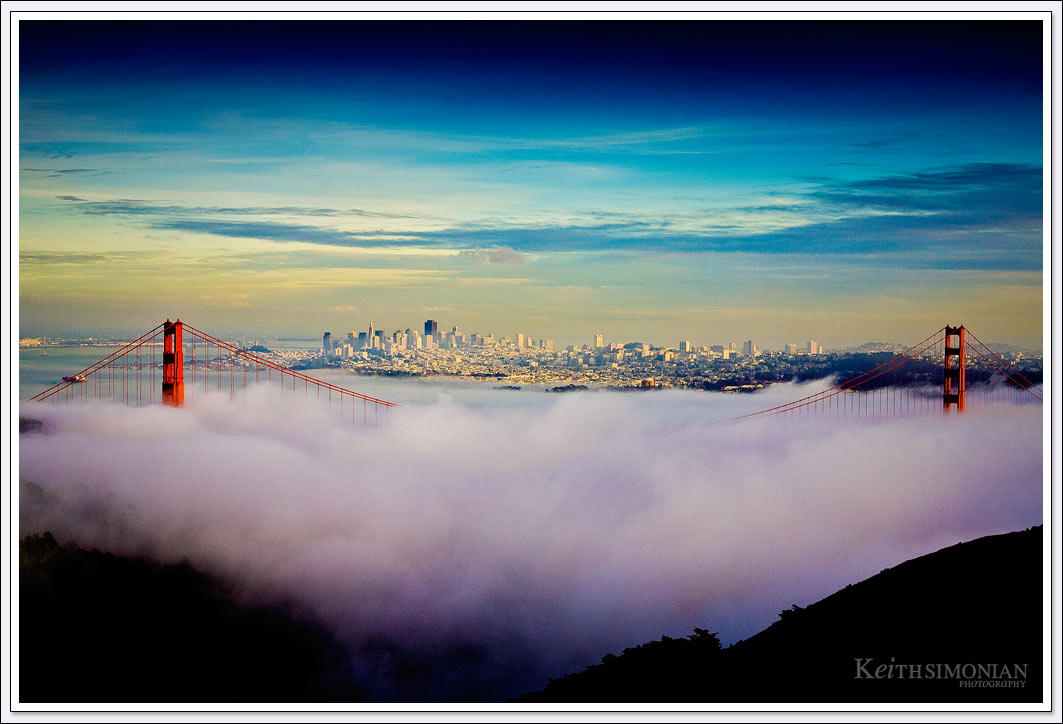 The San Francisco landmarks of Coit tower, the Bank of America building, and the Transamerica Pyramid can be seen in the city by the Bay.
Summer fog is a quite common occurrence. The saying “I spent the coldest Winter of my life one Summer in San Francisco” is attributed to Mark Twain, though “historians” claim he never said that.