Walking around Dubrovnik on the Castle walls above the Orange roofed homes with a tour guide telling you the history during the day was certainly interesting and amazing. It was also more than a little hot and crowded as is the whole town during the summer tourist season. 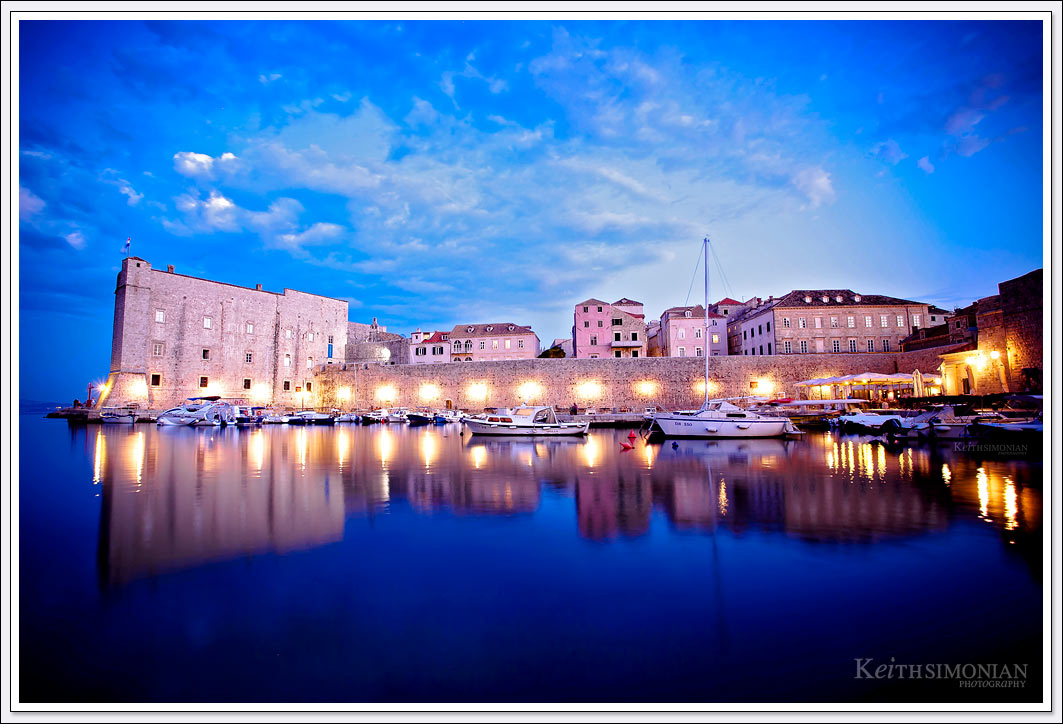 Dubrovnik besides being an interesting seaport castle and UNESCO World Heritage site is home to the mythical King’s Landing which was made famous by the HBO series Game of Thrones.

Looking at this photo, you can tell that I also visited the town at night. Actually we started back inside the Castle just before sunset. As one would expect, later in the day there are fewer tourists, and the sunlight isn’t bouncing of the wonderful looking marble stones making it rather hot. Also later in day into the early evening the buildings and water look completely different.

This image of the port and the castle was a combination of good luck, planning, and determination. The good luck were the clouds that add an extra element to the photo. The planning was me carrying around a mini tripod ( about 6 inches tall ) that allowed me to take an eight second exposure that is this photo. To paraphrase Louis Pasteur, fortune favors the prepared. The determination was me making the effort to take several photos from this location while others in my group and had left to see more of the city.

When I visited Dubrovnik, Croatia I had never watched an episode of the HBO series game of Thrones which uses locations in the city to depict the mythical King’s Landing which is the largest city of the Seven Kingdoms. I’ve now watched the show and have seen all of the first three seasons. The bright lights on the castle would make a night landing into King’s Landing Harbour quite easy for the invaders from the North or South or where ever the invaders on the show come from.  Having now seen all eight seasons, I know the fine folks of King’s Landing don’t need to worry about who is invading them by sea,  ( spoiler alert ) but by who is attacking them by air. 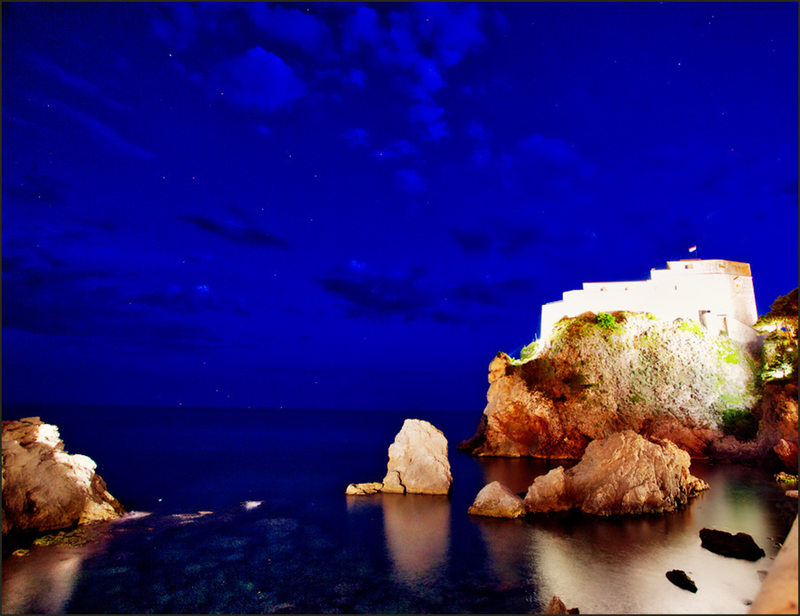