This photo shows Peter Read Miller of Sports Illustrated using a Canon EF 1200 f 5.6 USM lens at a San Francisco 49er game during the 1996 NFL season.
The weight of the lens is listed at 37 pounds which of course why a monopod is required to support it. 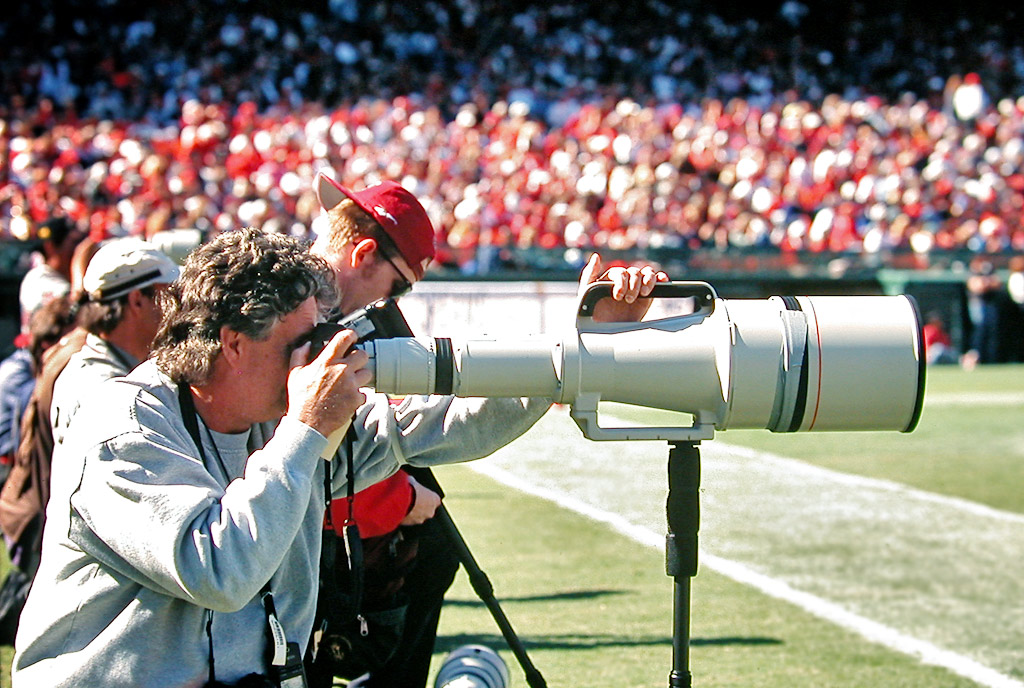 So you are asking, why a 1200mm f5.6 EF lens that was special order, took more than a year to build, and cost more than most cars?
Because back in the day of film, you couldn’t photograph something at ISO 1600 and get the amazing results digital now produces.
Now for the good news, Canon now makes a RF 1200mm f8.0 lens that costs less than most cars.