Nothing about the first six games the San Francisco 49ers played during the 2021 season indicated they would be in the NFC Championship game. Nothing. They were 2-4 and Jimmy Garoppolo was on his way out as a San Francisco 49er and their first round pick Quarterback pick Trey Lance was going to lead the team. Well that didn’t happen. By week 11, the 49ers were 5-5 ( 49ers had a bye week ) . By week 16 they were 8-7 and in the hunt for the last wild card spot. A Overtime victory over the Los Angeles Rams with QB Jimmy Garoppolo leading the team got them the No. 6 spot in the playoffs.

The 49ers traveled to Texas to play the Dallas Cowboys in the Wild Card Weekend. The were the better team, and held off a late game rally by the Cowboys to win 23-17. That victory landed them in Lambeau Field for a very cold and snowy game against the Green Bay Packers. In a game that the Forty Niners never lead until the final second of the game, they won 13 to 10 on 45 yard field goal by Robbie Gould. That last second victory landed the 49ers in the NFC Championship game against the Rams on Sunday January 30th at SoFi Stadium in Inglewood, California. 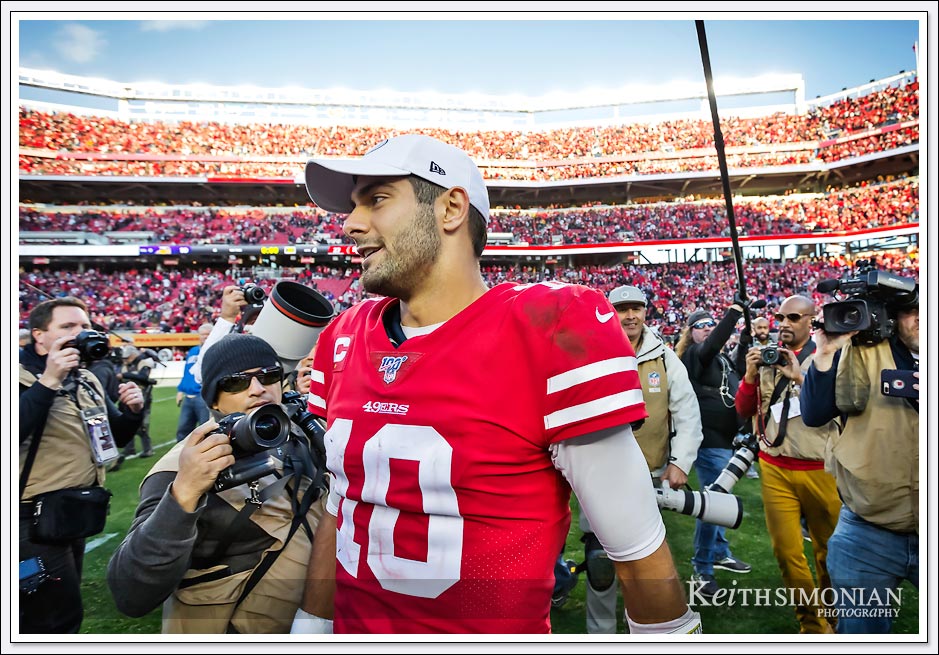 49er quarterback Jimmy Garoppolo smiles leaving the field after defeating the Minnesota Vikings in a 2020 playoff game. The 49ers beat the Packers that year in the NFC Championship game, and lost in the Super Bowl to the Baltimore Ravens. 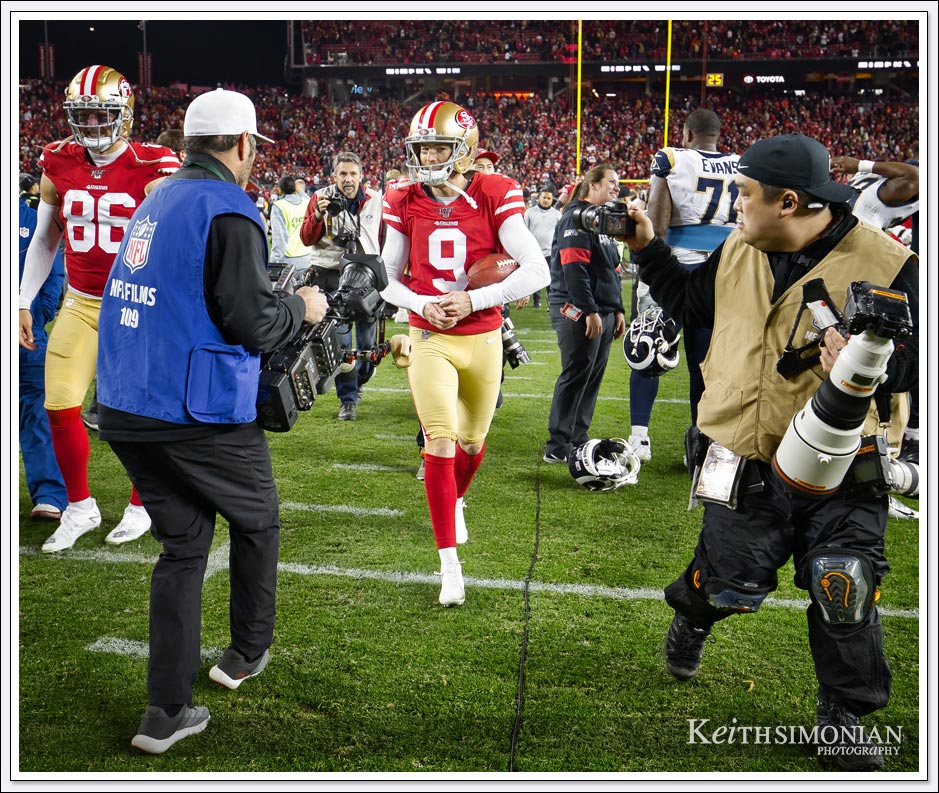 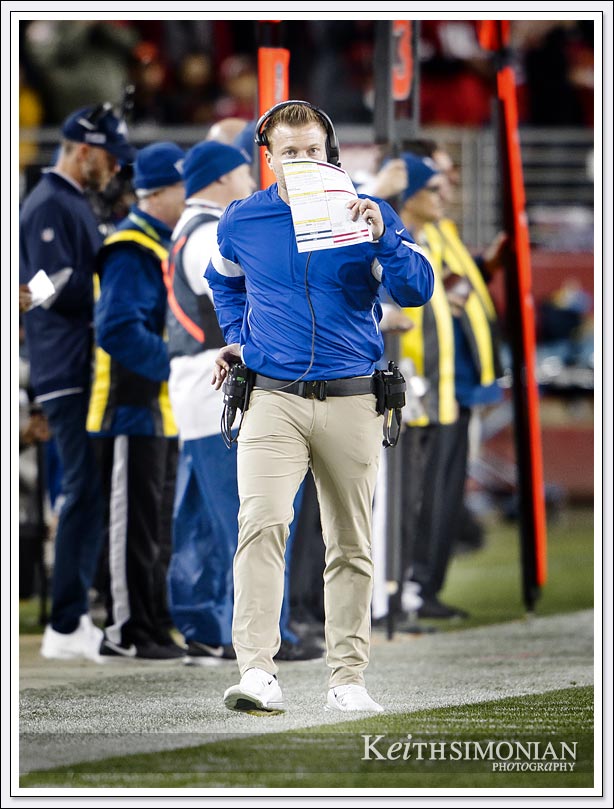 Rams head coach Sean McVay covering his mouth so the other team won’t be able to steal the launch codes. I know all coaches do it when talking about the plays during the game, it just seems a little silly. 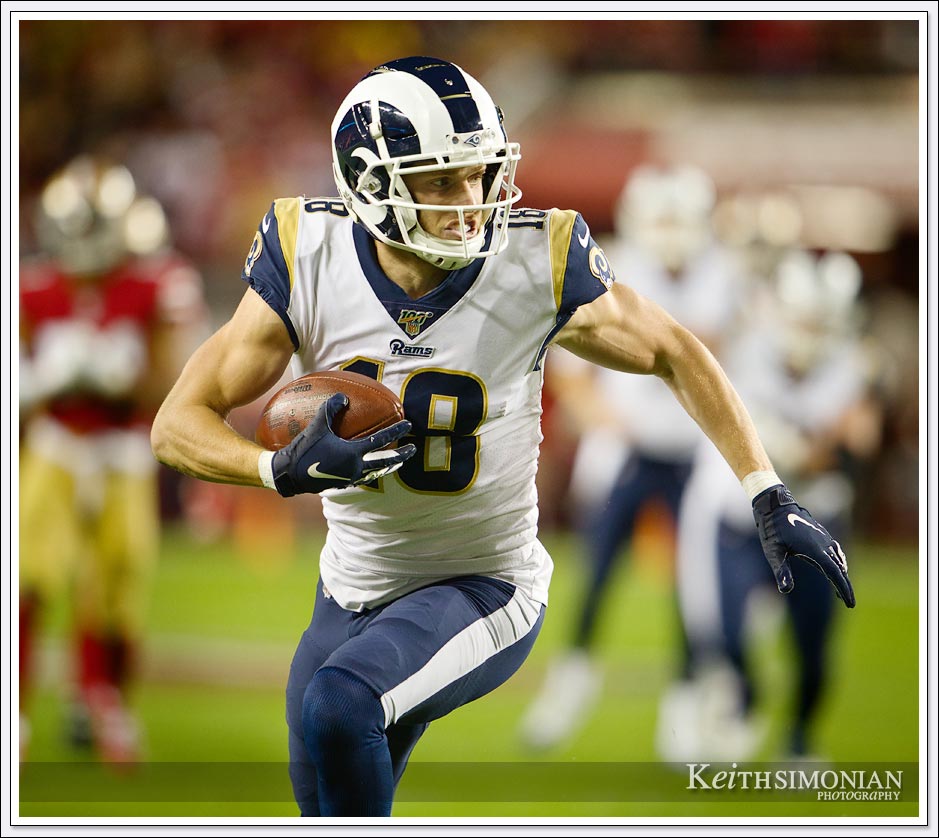 Back in 2019 the Rams leading receiver Cooper Kupp wore jersey #18. When the number #10 became available in 2021, Kupp switched back to his college number. 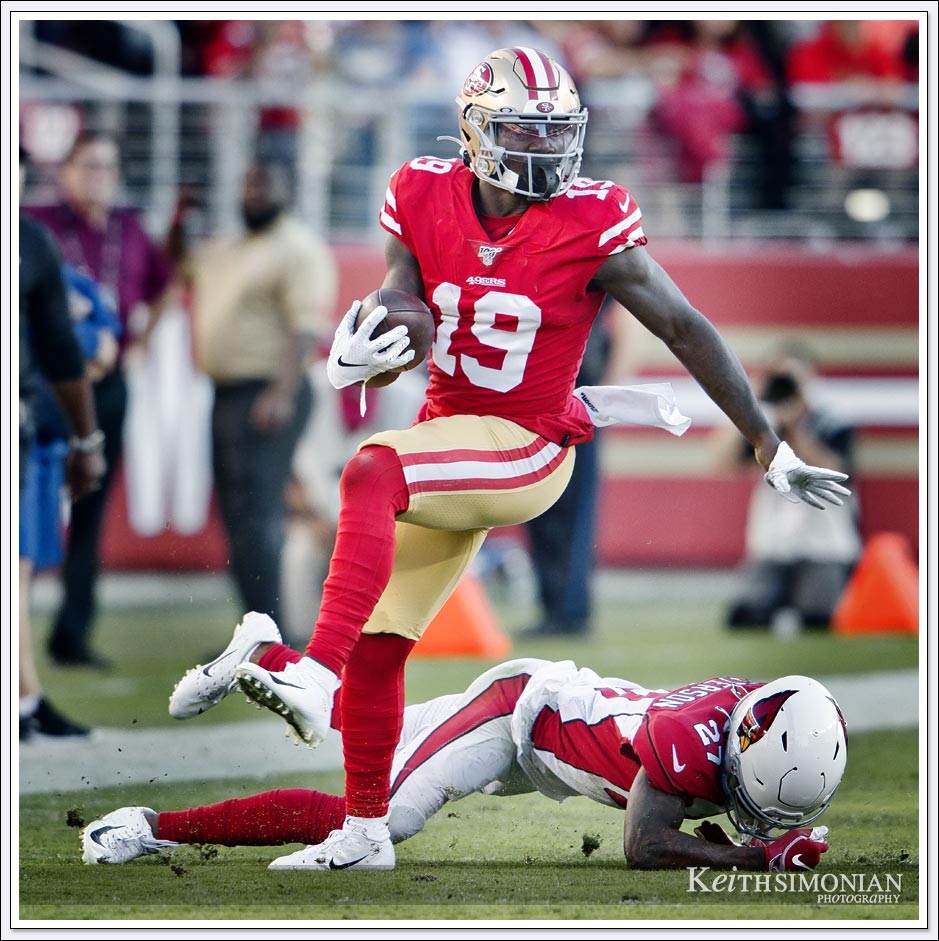 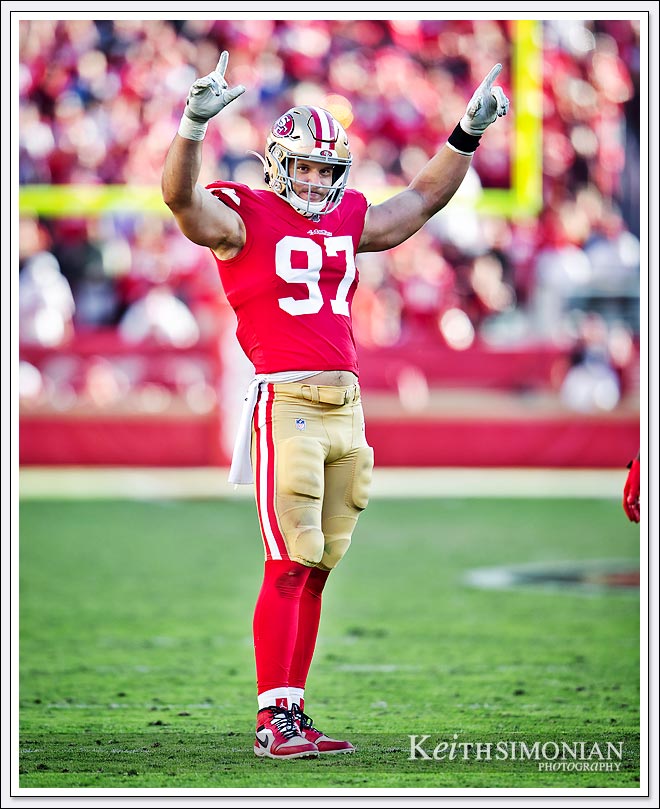 Forty Niners DL Nick Bosa cleared concussion protocol on Friday and was able to play Saturday night January 22, 2022 in the 13 to 10 victory over the Green Bay Packers at Lambeau Field. 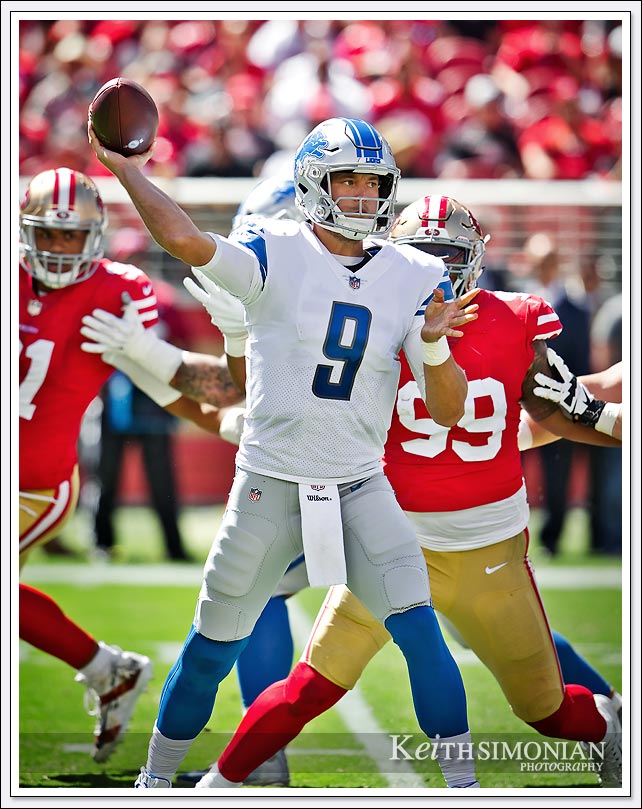 The Rams traded everything but the kitchen sink in March 2021 to get Detroit Lions quarterback Matthew Stafford for a playoff run. That trade has worked out so far. 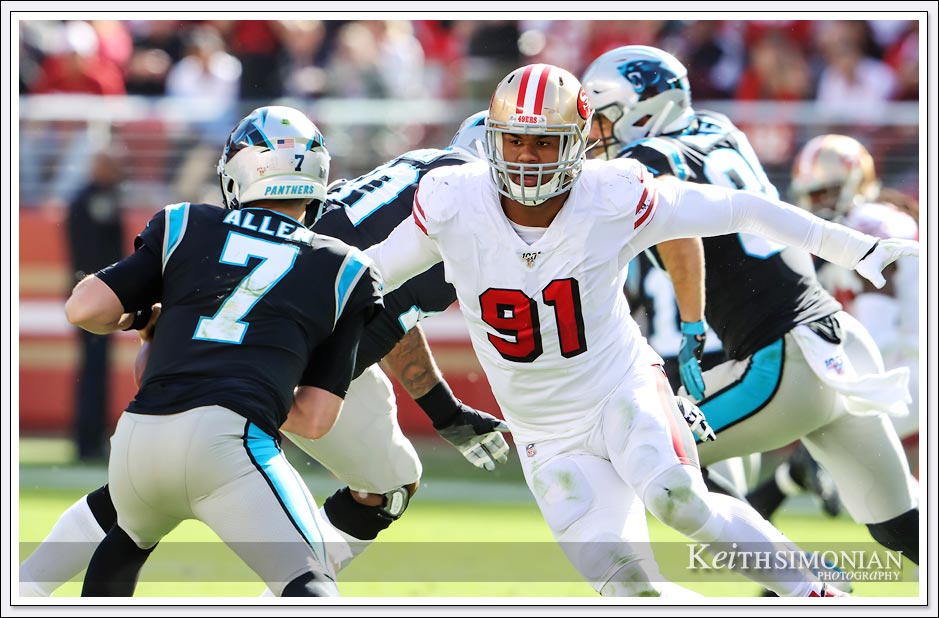 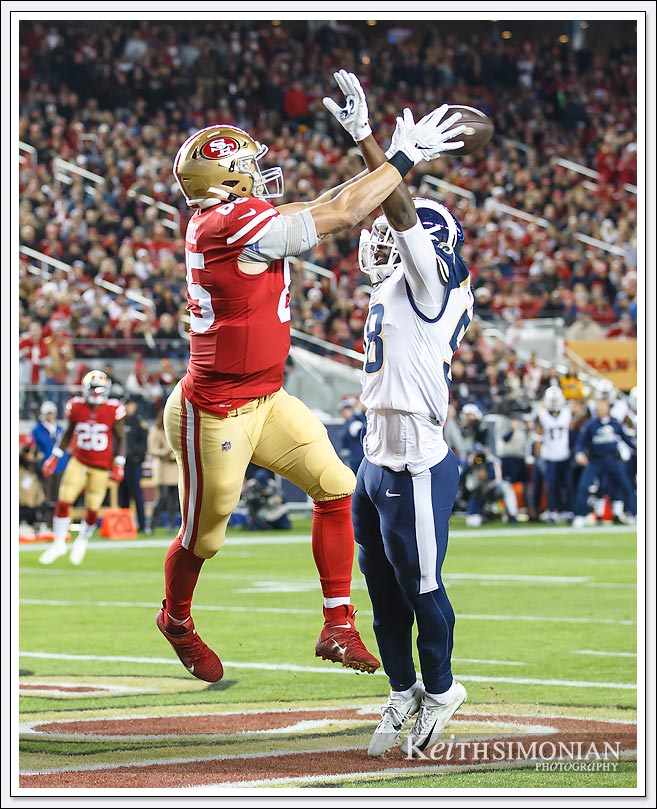 The Rams are hoping 49ers tight end George Kittle doesn’t make catches like this over their defenders in the NFC Championship game. 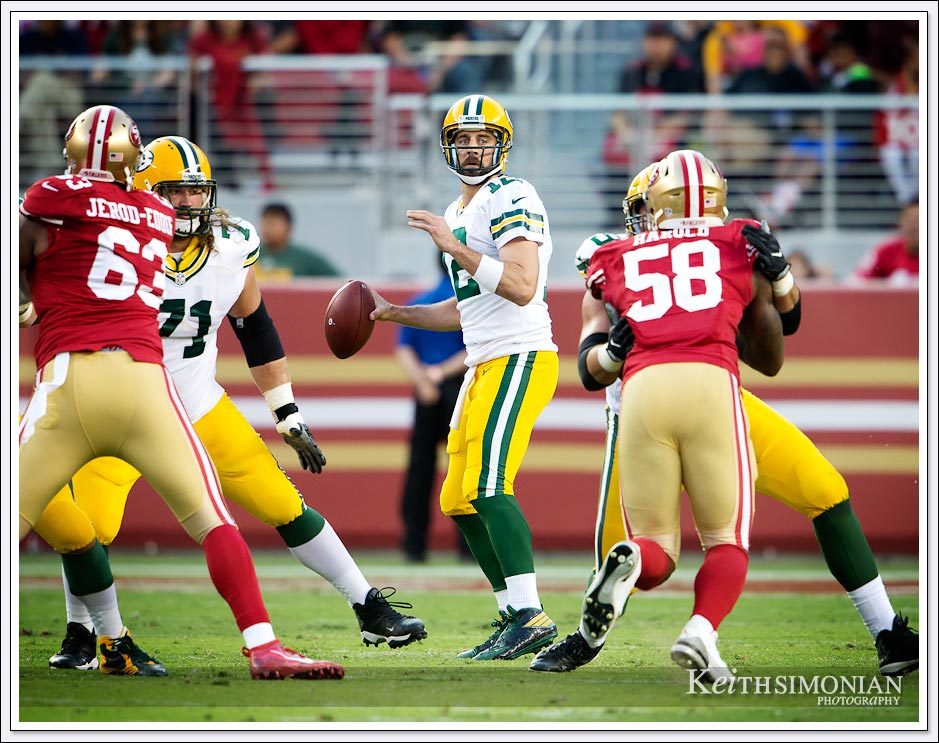 It’s funny how a little thing like pretending to be vaccinated when you aren’t can turn the whole country against you. That’s certainly the case if you go by the many, many gleeful tweets about Aaron Rodgers after the Packers playoff loss to the San Francisco 49ers that puts them in the NFC Championship game against the Los Angeles Rams.

“Rodgers played great, but just never seemed to get the shot in the arm he needed (I am 8 minutes behind and am probably the 3000th person to make this joke and don’t care)”

“Aaron Rodgers gonna wait for all the research to come in before he declares this score final.”

“It’s not fair, they were all amped up on vaccines!!”

“Looks like Aaron Rodgers, once again, won’t be getting a shot next month.”

“Green Bay had a shot but their quarterback didn’t.”