It’s been an exciting year for viewing things in outer space. In July and into August we were treated to many days of Comet NEOWISE. In just a few days on December 21st, we will be treated to the “Christmas Star” or “Great Conjunction” when Jupiter and Saturn will appear a tenth of a degree apart in the early evening sky. Finally, I’ve discover two great websites that show tracking of the International Space Station which has allowed me to photograph it. 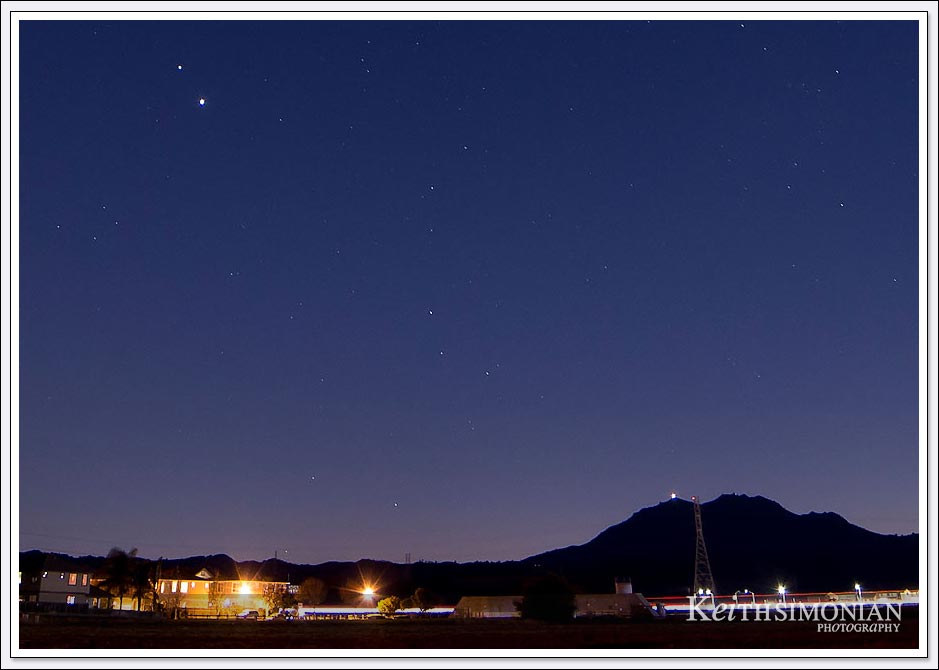 In the upper left of this photo the two brightest objects in the sky are Saturn and Jupiter. They will appear closest together in the early evening of December 21st, 2020. This image was made on December 7th, 2020 at 6pm with a 15 second exposure that silhouetted Mt. Diablo in the background. 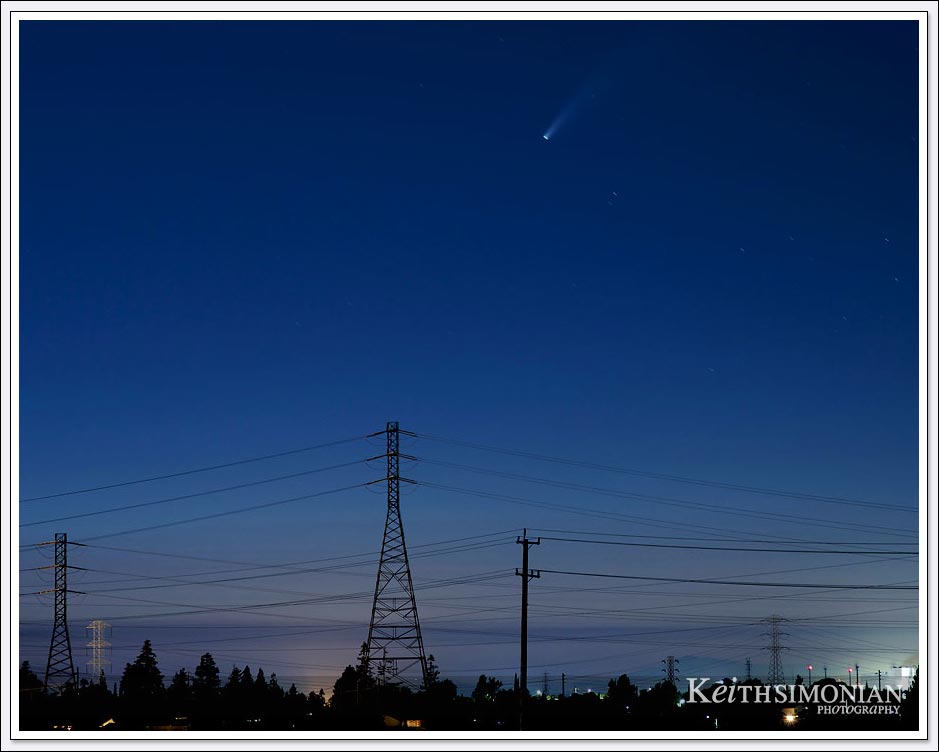 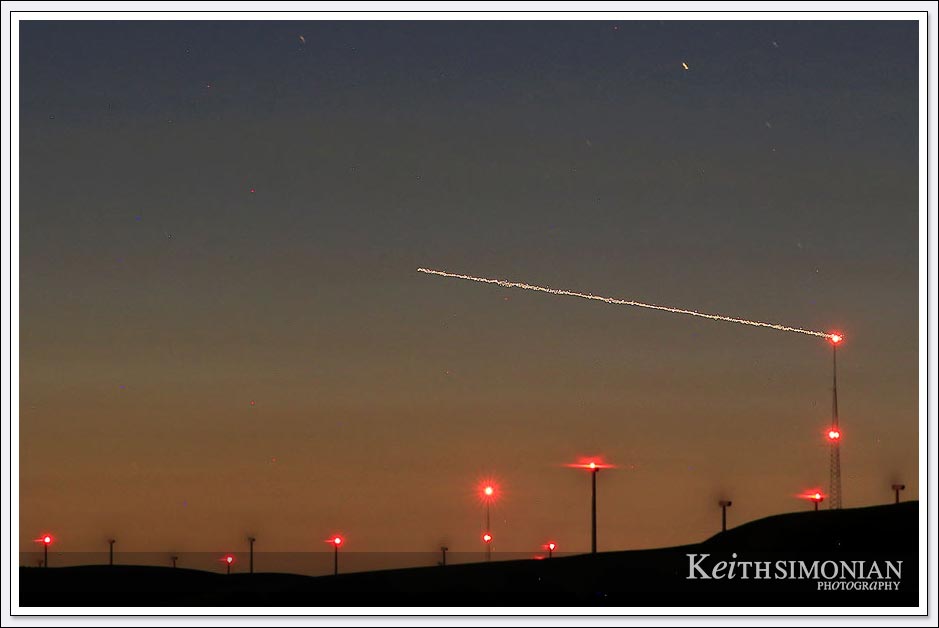 While this photo appears to show a “death ray” shooting out of the tower, the streak across the sky are just the lights from a jet that just happened to pass perfectly in line with the tower. 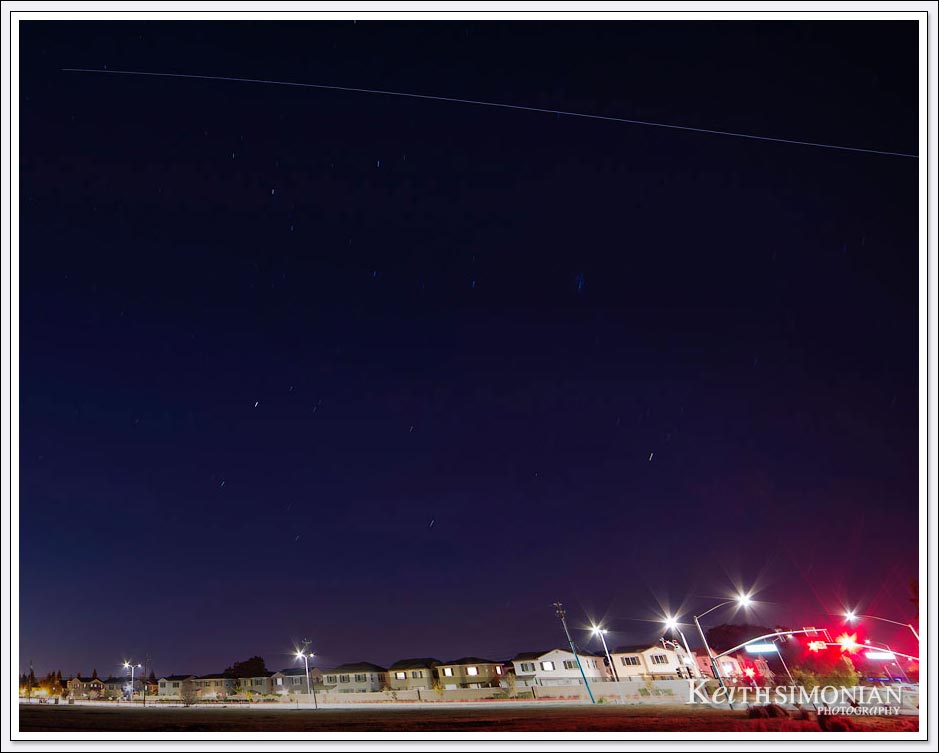 The streak across the top of this photo is the International Space station. This image was made on December 7th at 5:55pm with 14mm lens with an 128 second exposure. While you need a camera on a tripod to capture the streak the Space Station creates, it is visible to the human eye as it passes overhead. You just need to be looking in the right place at the right time. 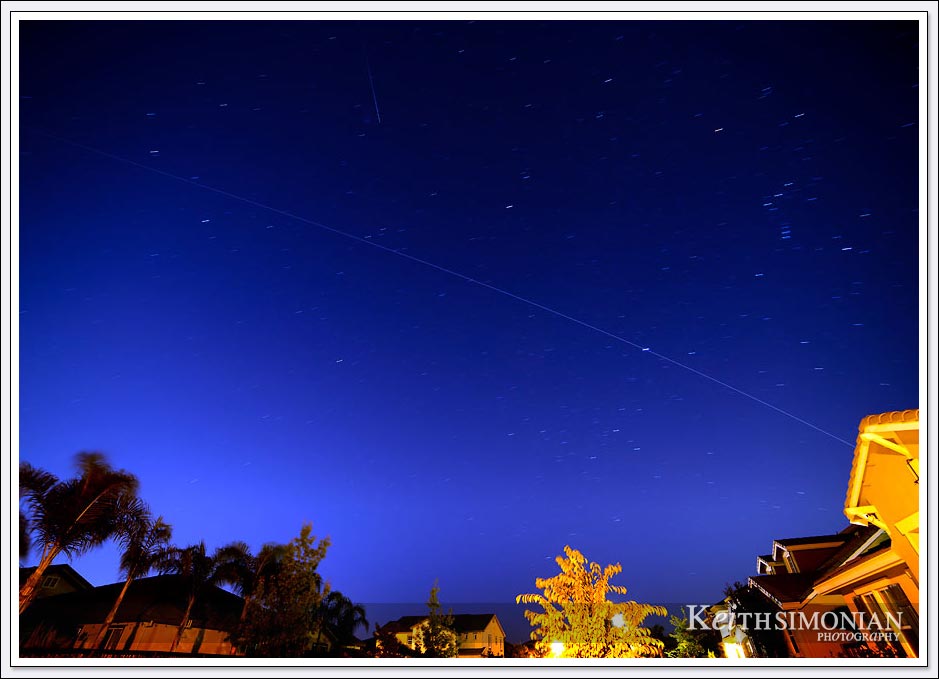 This early morning photo that captured the International Space Station also appears to have captured meteor streaking across the sky just above the path of the station. This photo was made on October 22, 2020 at 6:20 AM with a 14mm lens and a 178 second exposure.

There are many very expensive wide angle lenses that can be used to make these Space Station photos, but for most of them I have used the Rokinon 14mm manual focus f2.8 lens that retails for around $300. All the settings on the lens are completely manual, so you need to focus and set the aperture manually which isn’t much of a problem when making sky photos.