During a Thanksgiving holiday visit to relatives in Palm Desert I was able to visit the Palm Springs Air Museum which it was pointed out is considered one of the top 14 Air Museums in the world according to CNN. Just a side note, admission was quite reasonably priced at $18 for general admission, and $16 for 65 and older. 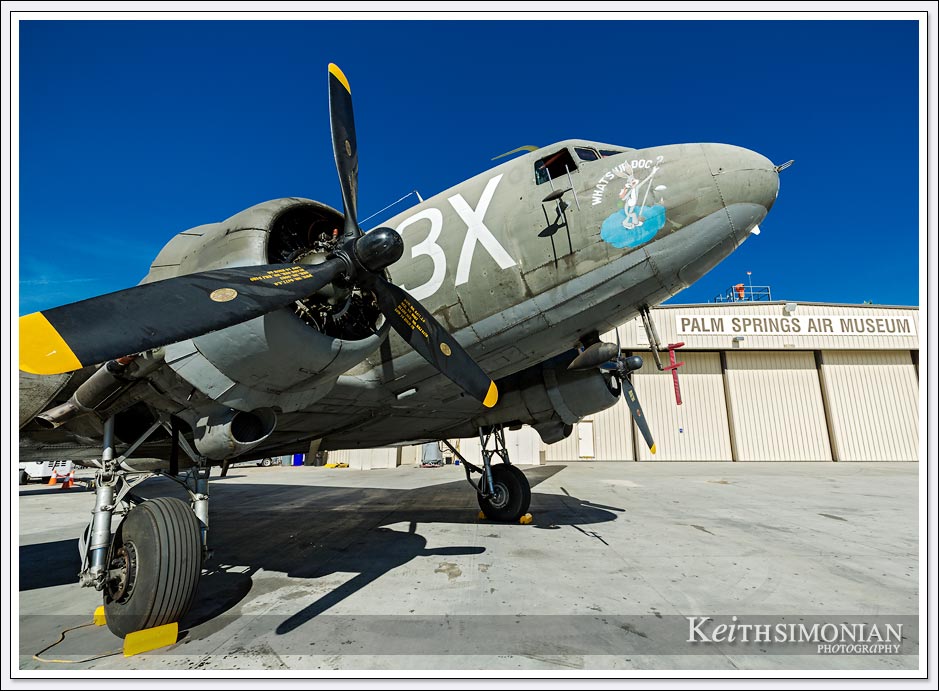 This Douglas C-47/DC-3 Skytrain ( Dakota ) is one of several planes that the public can ride for a extra fee. 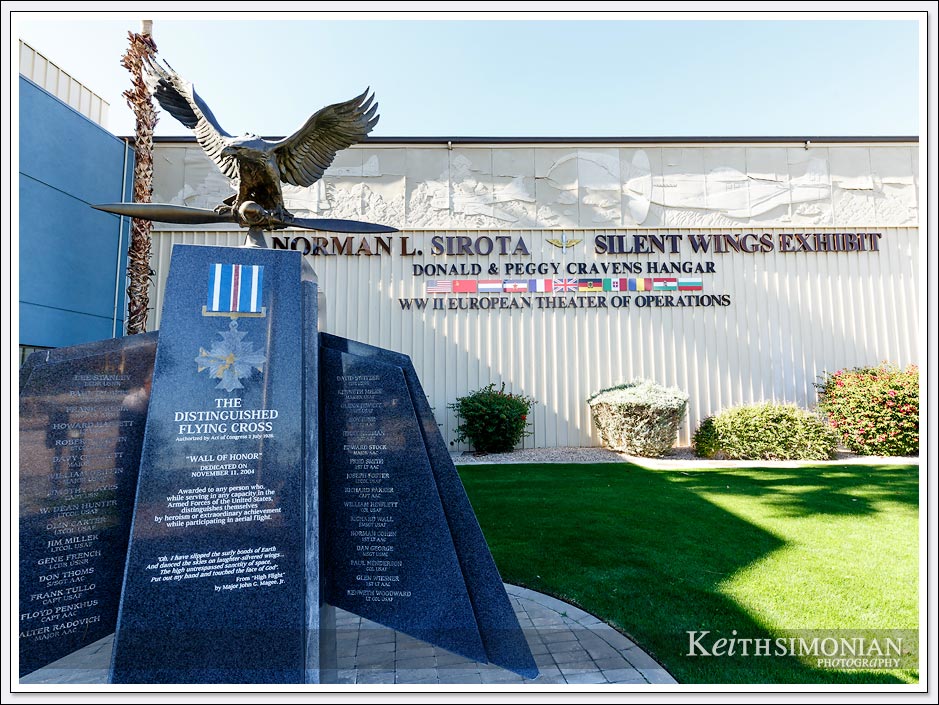 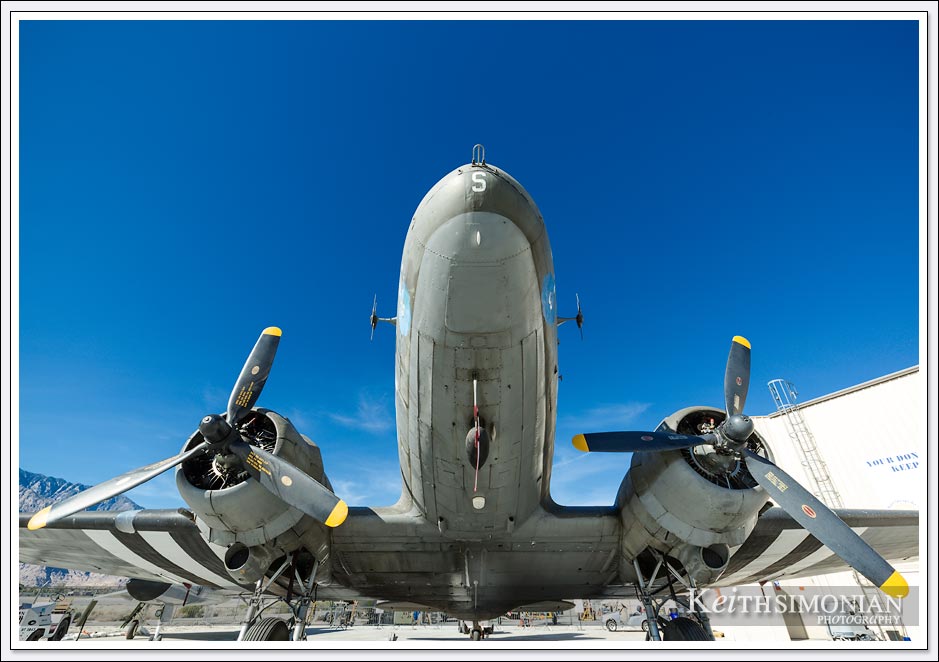 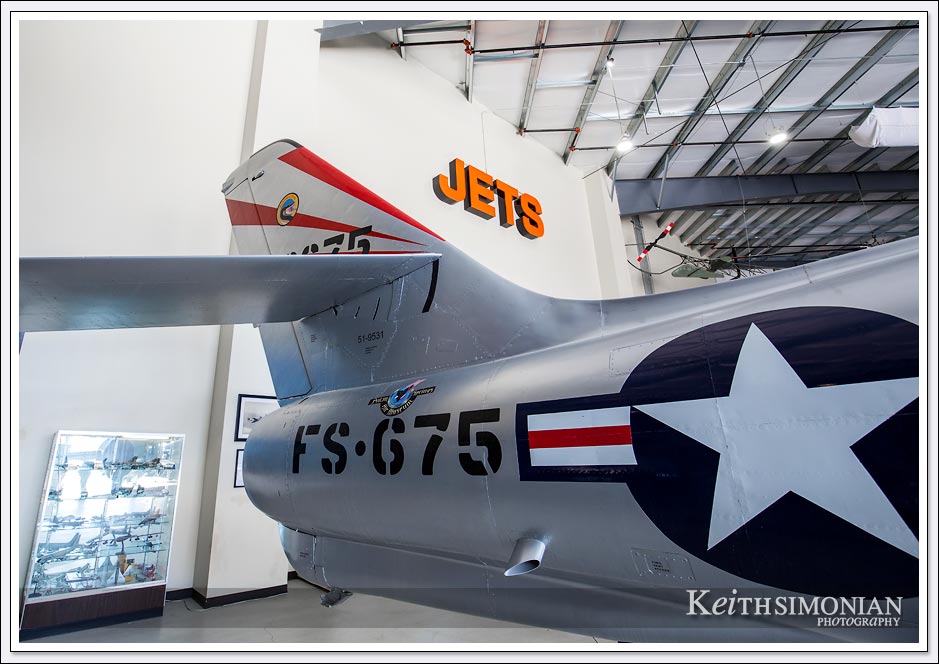 The F-84 Thunderstreak Static is one of the jets in the Korea/Vietnam hanger. 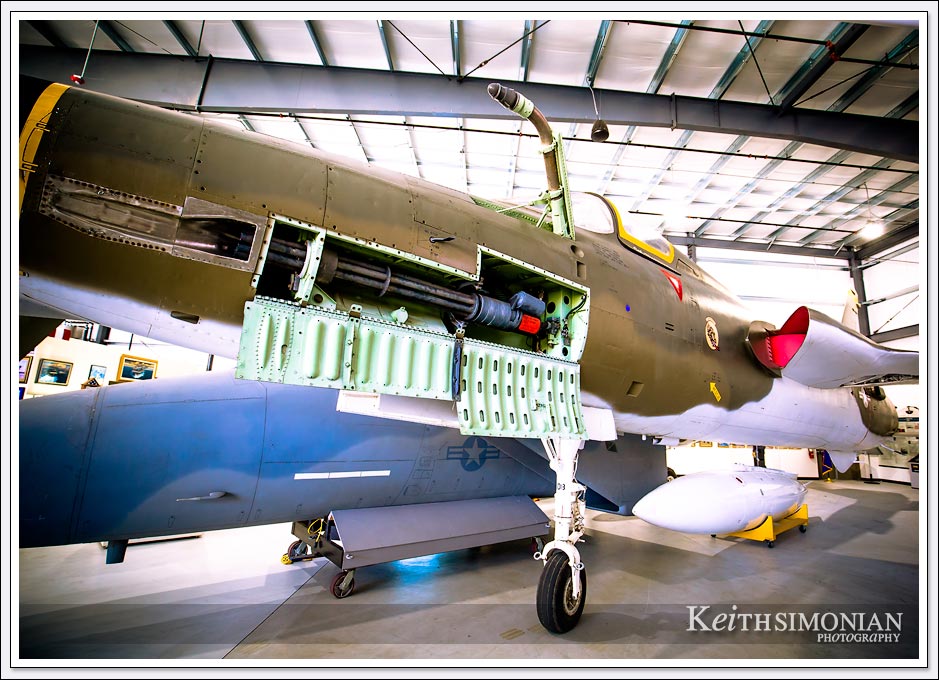 Republic F-105 Thunderchief with armament door open showing the M61 Vulcan 20 mm cannon which could fire up to 6,000 rounds per minute. 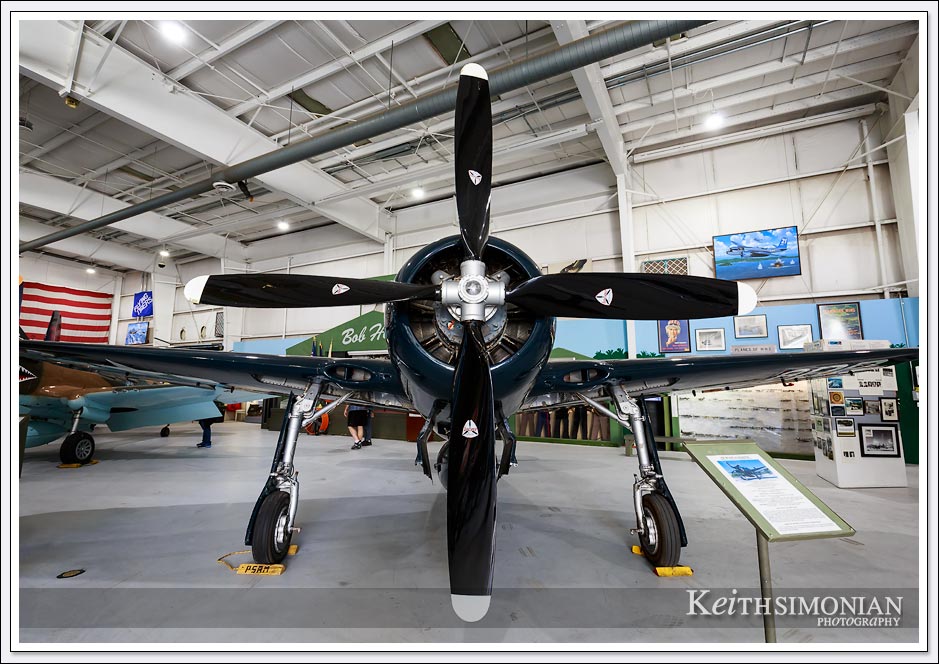 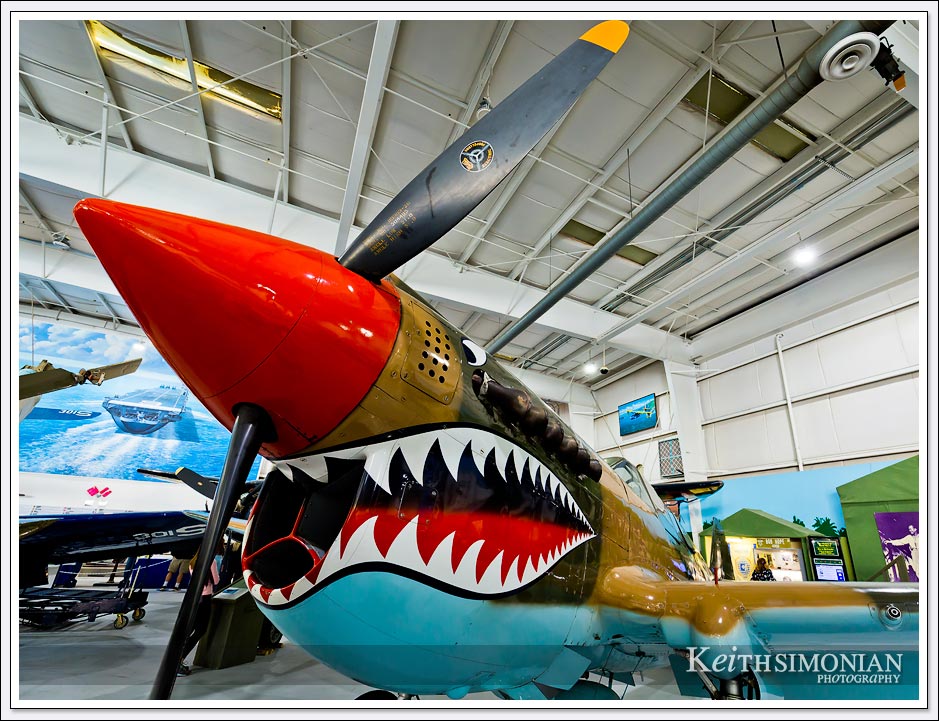 The Curtiss P40 Warhawk painted with Shark teeth on the nose of the plane. 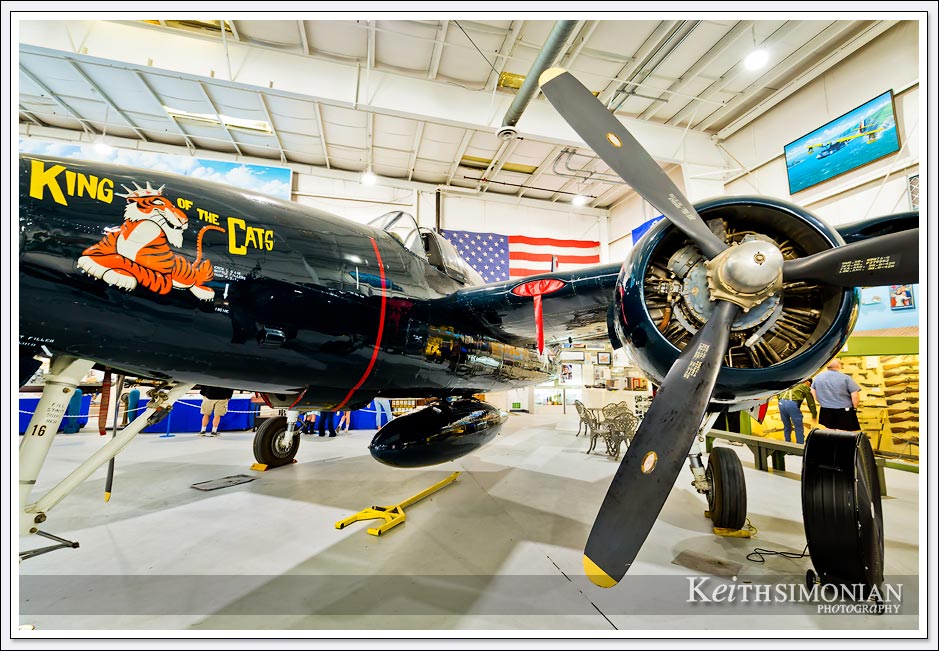 A Grumman F7F Tigercat with a King of the Cats logo on it’s side. The F7F was the first twin engine fighter to be deployed by the US Navy. 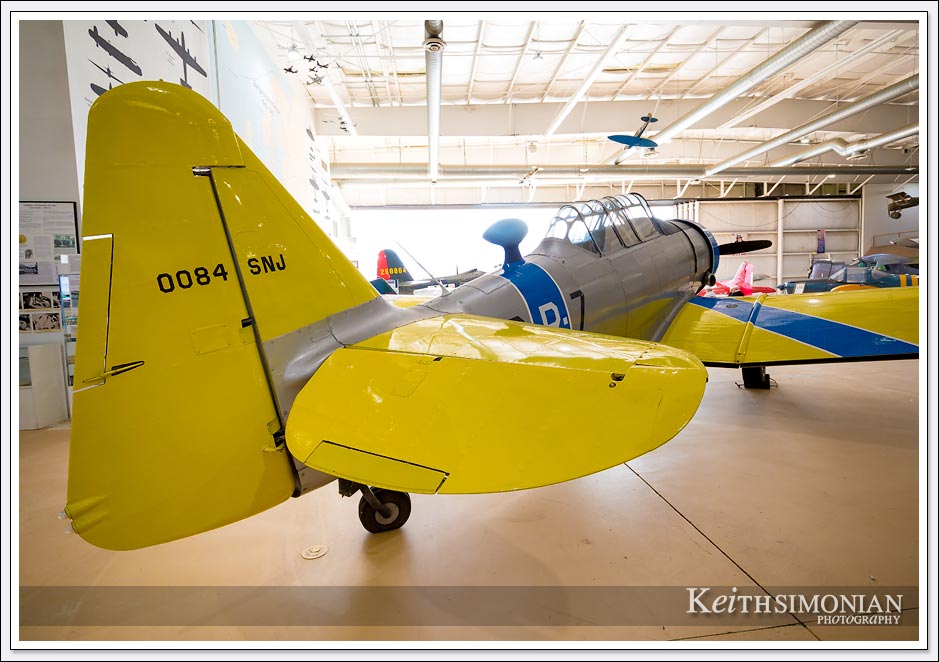 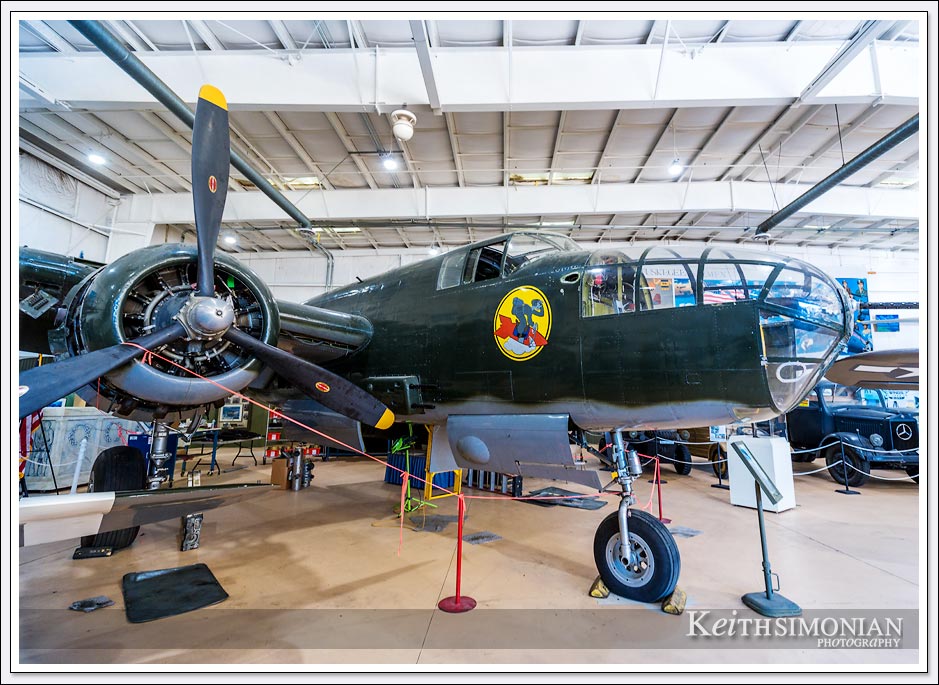 The North American B-25 Mitchell Bomber was introduced in 1941 and is named in honor of  Major General William “Billy” Mitchell, a pioneer of US military aviation. 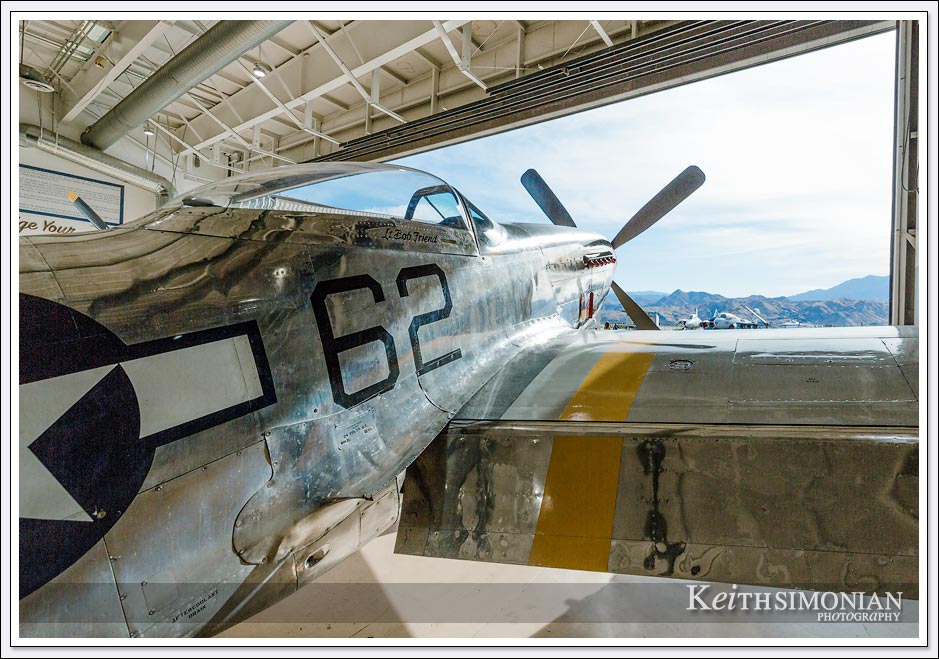 The North American P-51 Mustang “Bunny” sits at the edge of the European hanger and is in flying condition after a renovation in 2014. 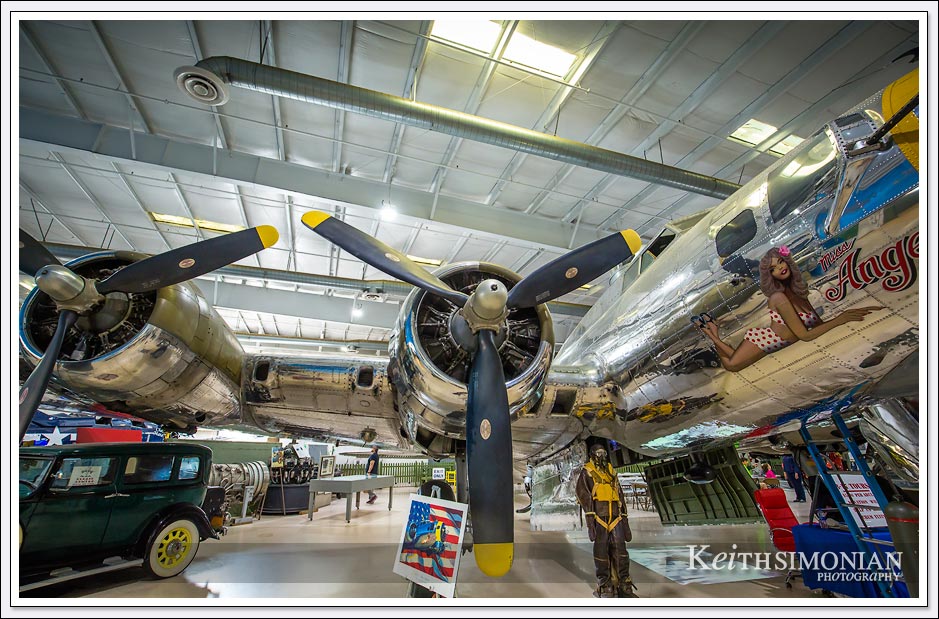 The Boeing B-17 Flying Fortress “Miss Angela” takes up almost the entire hanger it occupies. 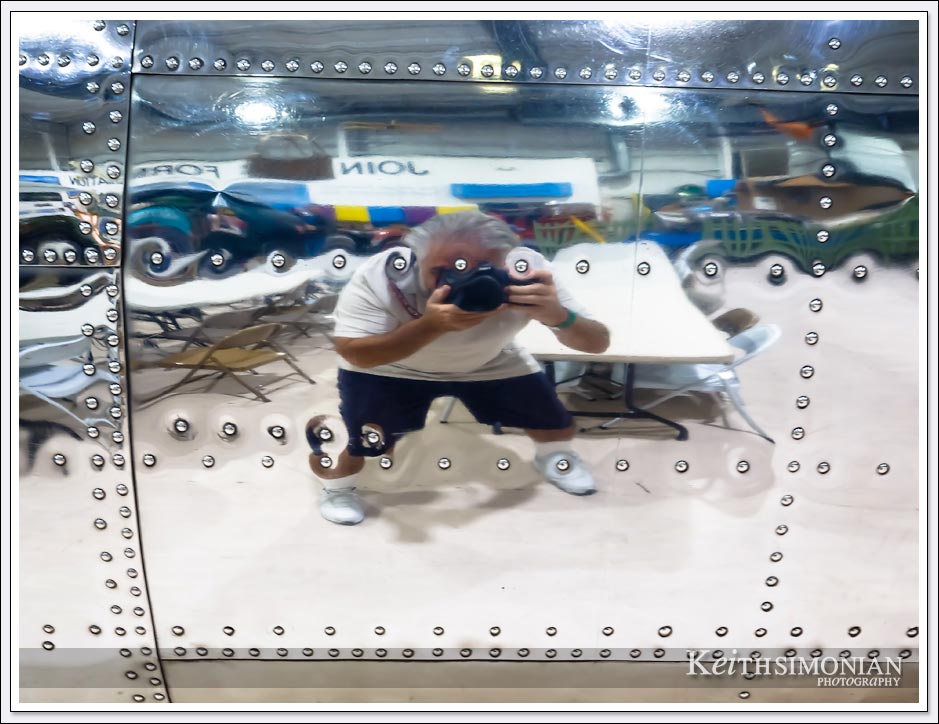 A shiny surface? Time for a reflection selfie. 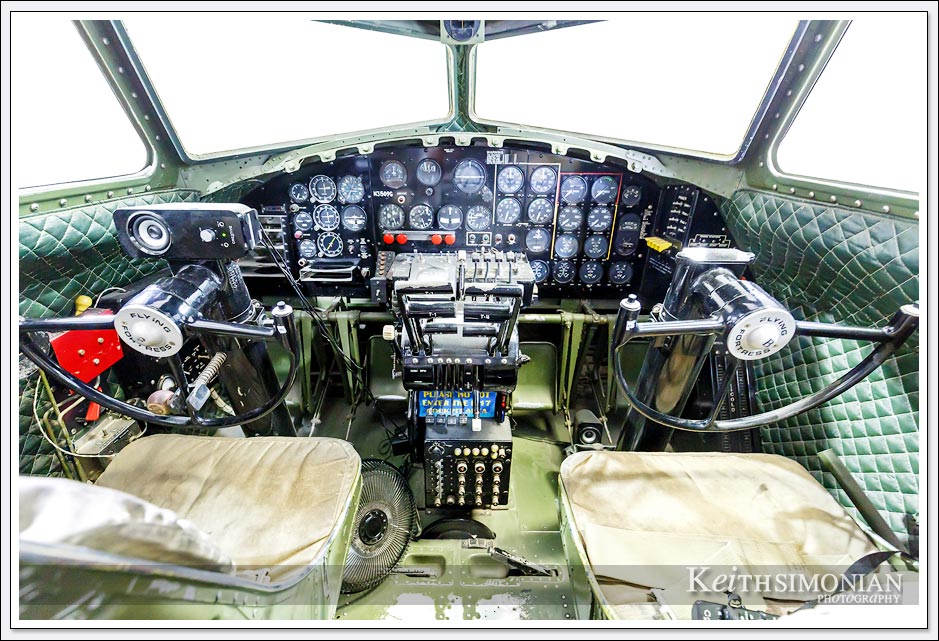 The cockpit is one of the more spacious areas of the Boeing B-17 Flying Fortress. While the B-17 seemed quite large will standing outside viewing it, the plane was quite cramped while climbing through. 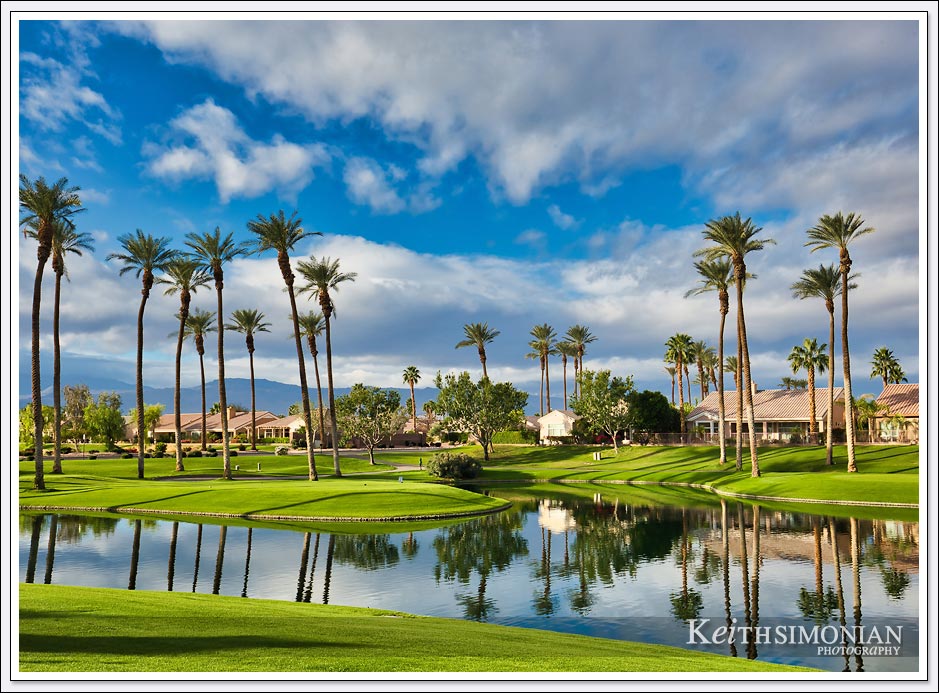 The clouds and palm trees reflect off the water by the 1oth hole of the San Gorgonio course of the Mountain Vista Golf club at Sun City Palm Desert. 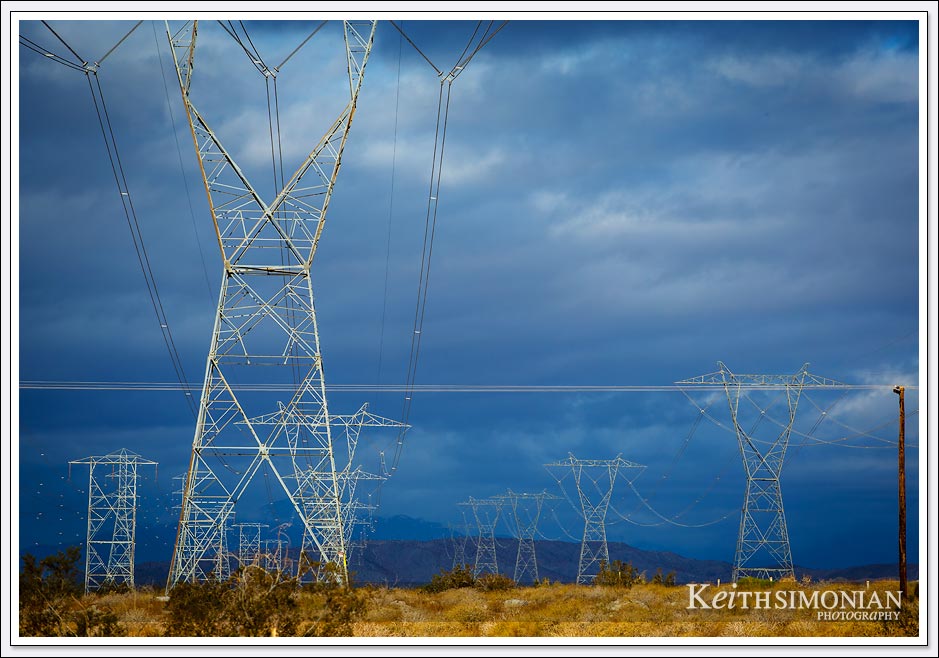 A striking contrast between the Sunlight on the high powers lines and the dark clouds over the mountains of the California desert. 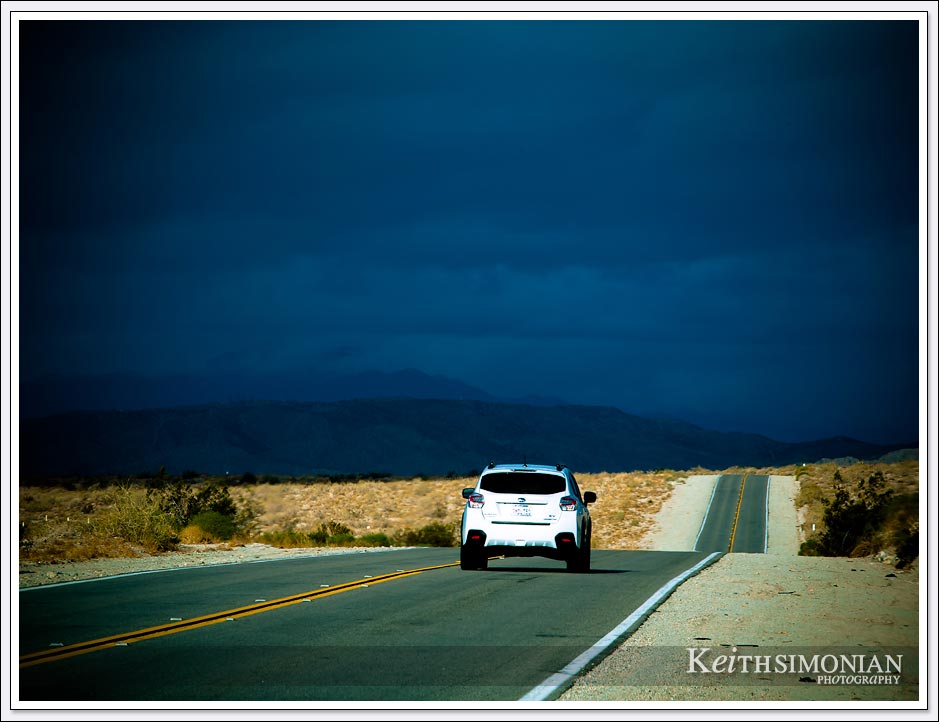 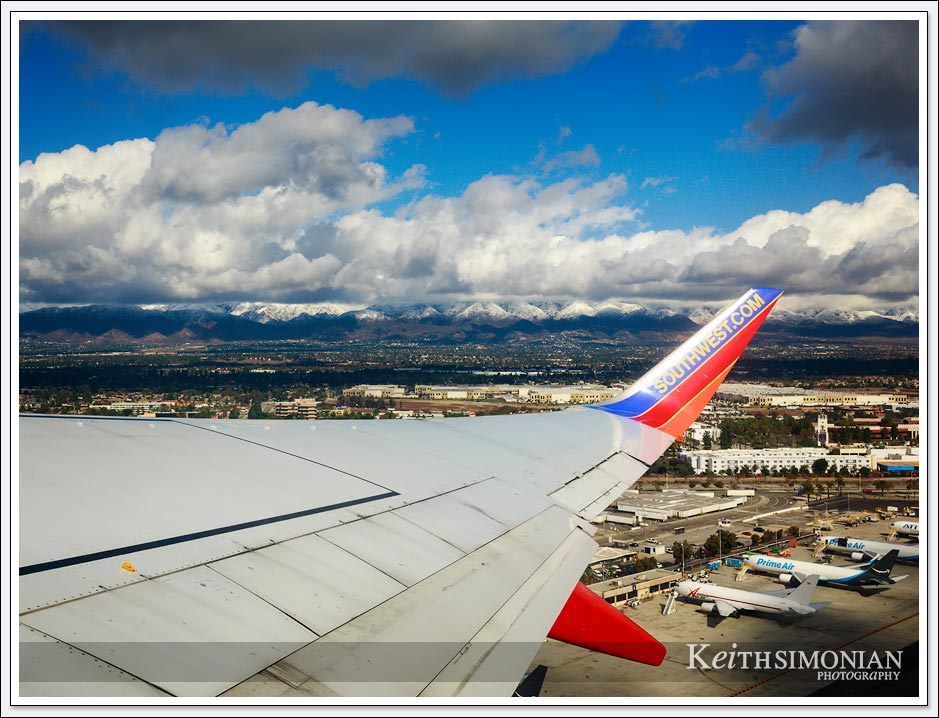 To continue the aircraft theme of this post, here is the takeoff of our return flight home from Ontario airport abroad a Southwest airlines flight. An early season cold weather system left snow on the San Gabriel Mountains and Mount San Antonio which is covered by the clouds.