These amazing photos were taken 50 years ago by NASA and the astronauts who flew the Apollo 11 mission that put humans on the moon. You can view the gallery and download the photos here at this NASA website. Boy does time fly. 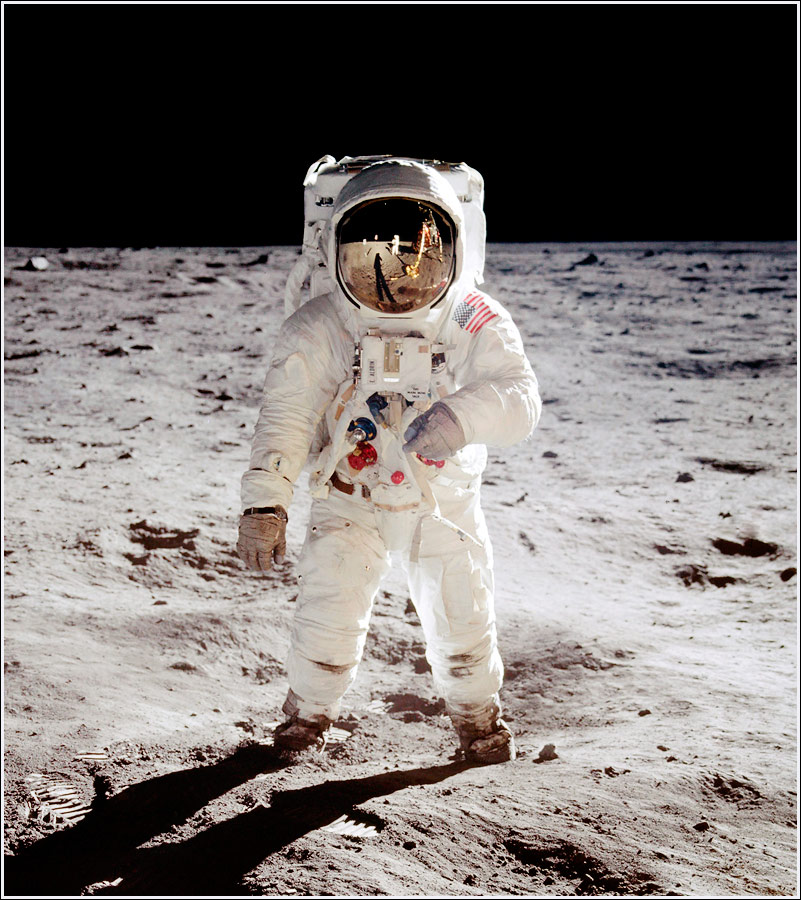 The most famous photo from the mission is a photo of Buzz Aldrin taken by Neil Armstrong which also captures the reflection of Neil and the Lunar lander reflected in Aldrin’s visor. Just for the record, some adjustments were made to the original photo. I straightened the horizon and added some more sky and I also removed the scale “+” marks from the photo. Don’t want anybody looking at my photo and claiming the mission was faked. 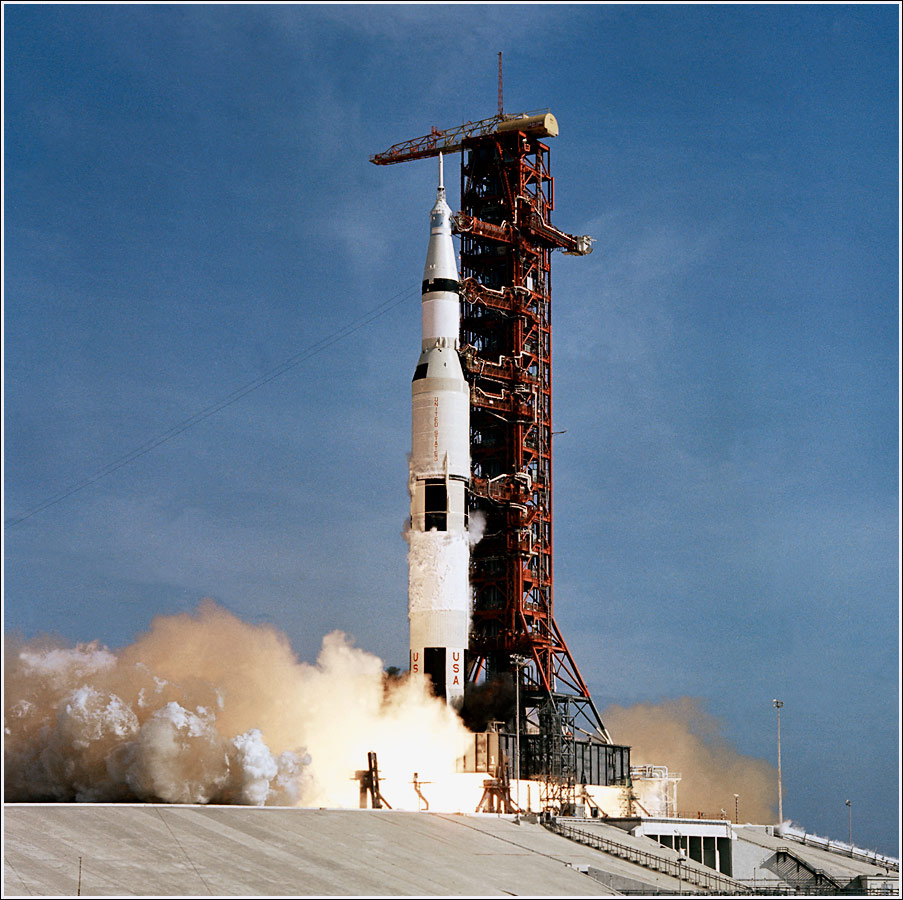 I believe those wires from the tower are in case the astronauts never to leave the launch area real, real quickly. 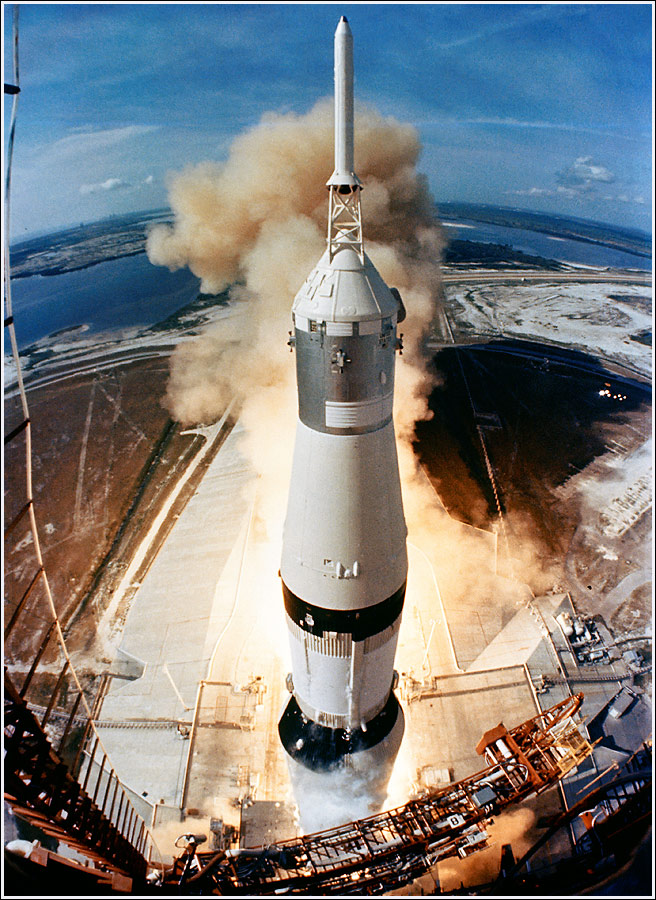 Amazing wide angle shot from from high on the tower showing the Saturn V rocket lifting off from the launch pad. 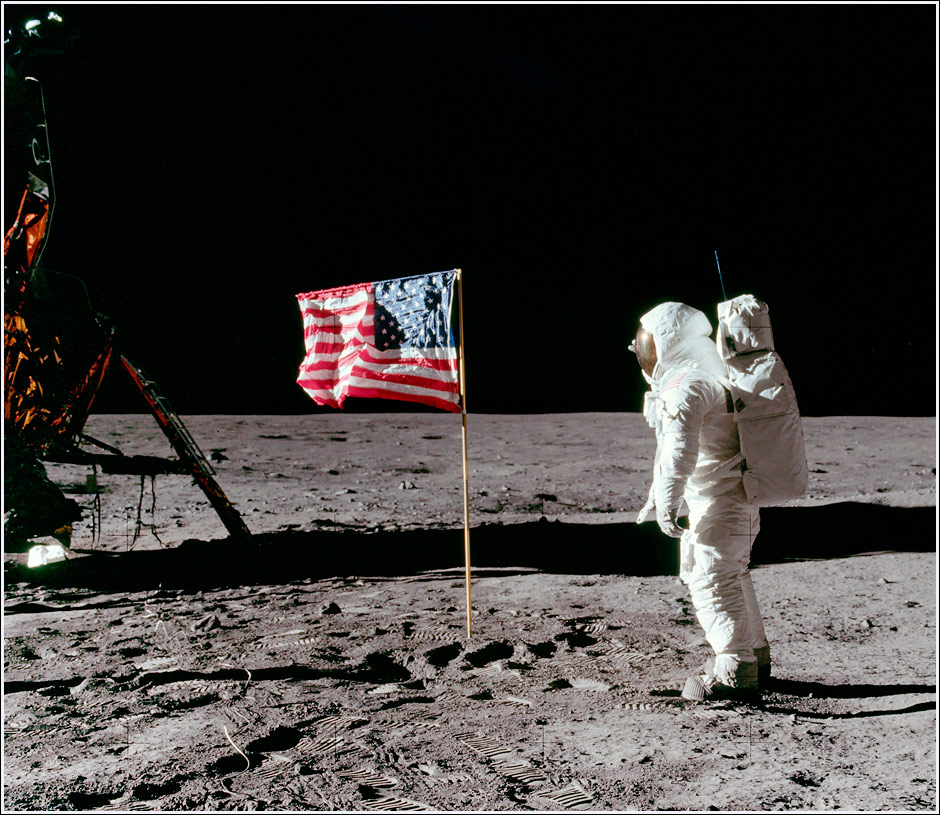 Buzz Aldrin salutes the American Flag with the Lunar lander off to the side.

I also have a picture of the moon showing where the Apollo 11 mission landed, but the image is quite as close up as these NASA ones as mine was taken from over 220,000 miles away.