Two years before in 2015 it was the trip of a lifetime with my wife visiting Rome and cruising to 6 different countries in the Mediterranean over 27 days. In 2017 it would be a 30 day trip cruising different countries in the Mediterranean and Africa on what might now be considered  my trip of a lifetime. This post and the others that will follow will be a visual representation of what was a 30 days that included lots of fun traveling to Europe and back. Hint, if the jet leaves the terminal, pulls back 100 yards and then stops, you are going to be delayed. It’s just a matter of how long. 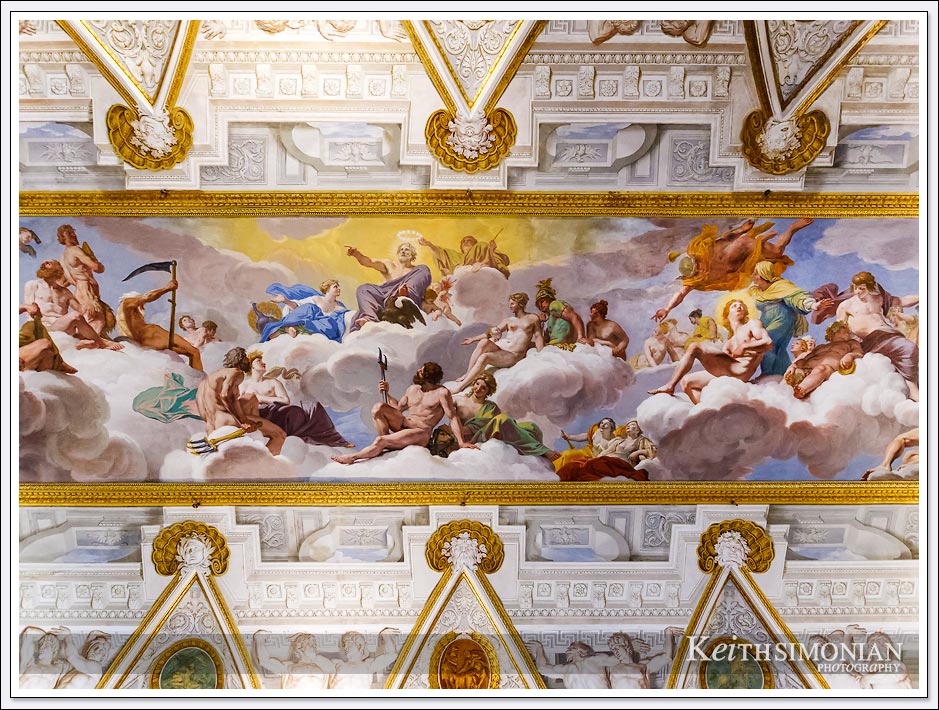 The journey began with an 5:30 AM arrival at San Francisco International airport for a 8:30 PM flight to Philadelphia which would be followed by a flight from there to Leonardo da Vinci International Airport. ( Rome Fiumicino Airport ) This leg of the journey was memorable because as we made a sharp left turn from the Highway 380 on to the surface streets, the car died. I pulled over, turned the car completely off, and then it started up right away. As the long term parking was just blocks away, we weren’t going to worry about any engine problems till we returned 30 days later. The problem turned out the be the left turn was quite sharp and down hill, so the car’s kill switch turned of the engine sensing danger. 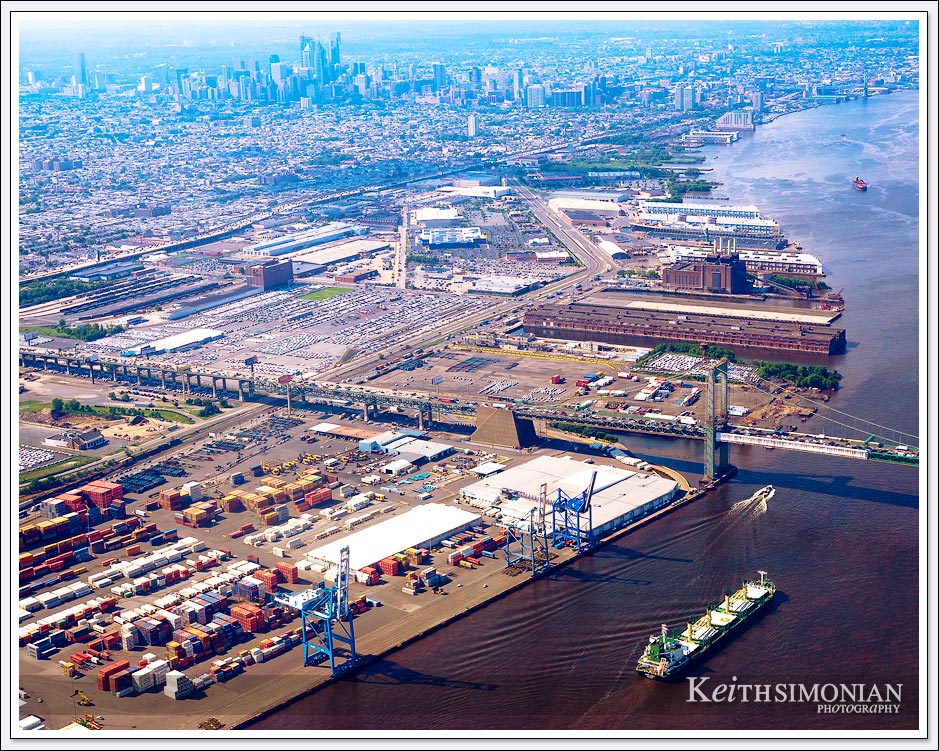 I can now say “I went to Philadelphia once and it was closed”. Of course, W. C. Fields said it a little before me. After a longer than expected Google search, I was able to determine this is the Walt Whitman bridge which crosses over the Delaware river and spans from New Jersey to Pennsylvania. 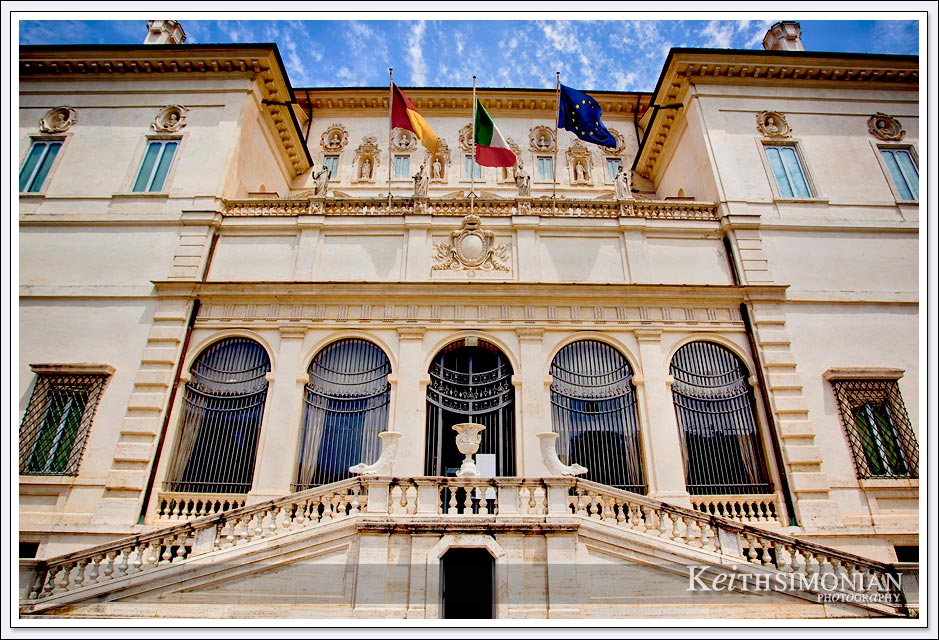 This is the main entrance of the Borgese Gallery. If you are visiting, you will need to reserve a time as they limit the number of visitors than can be inside at one time. 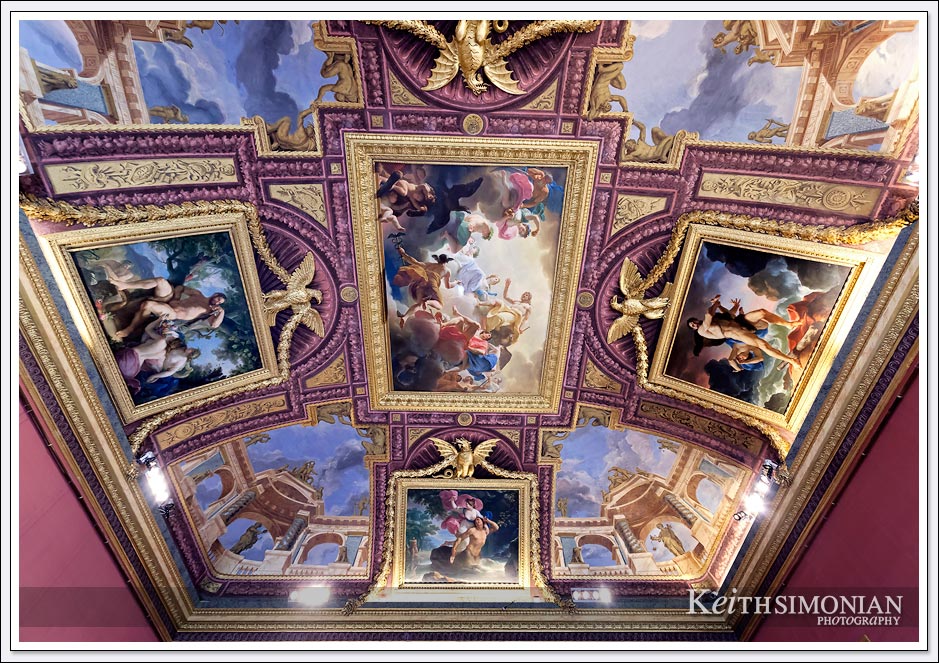 Just some amazing paintings on the ceiling of the Borgese gallery. 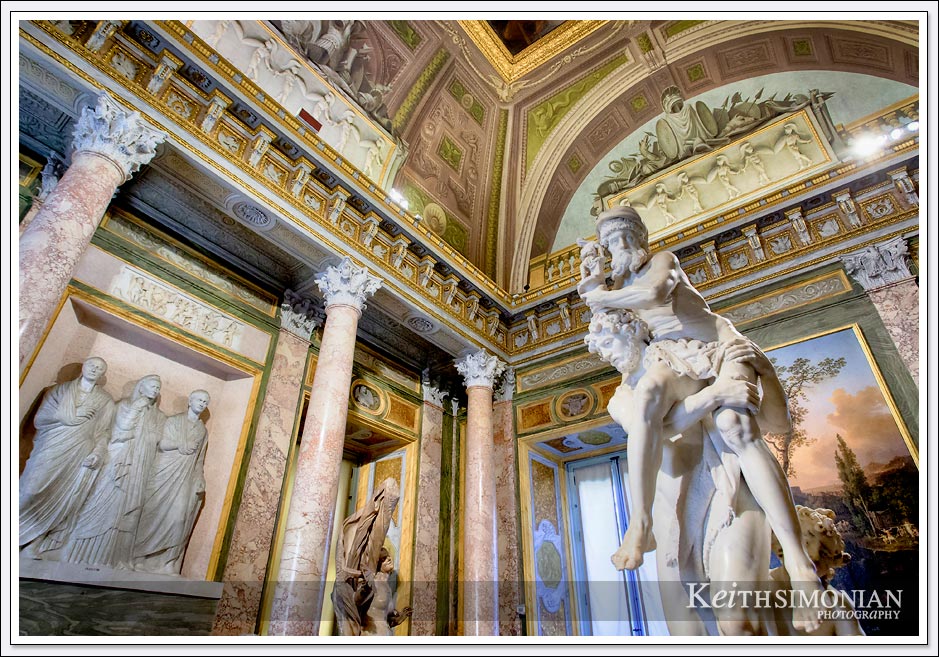 This is one of several amazing Gian Lorenzo Bernini marble statues in the gallery. While it looks the name of the statue would be “Man giving piggy back ride” the real name is Aeneas, Anchises and Ascanius. 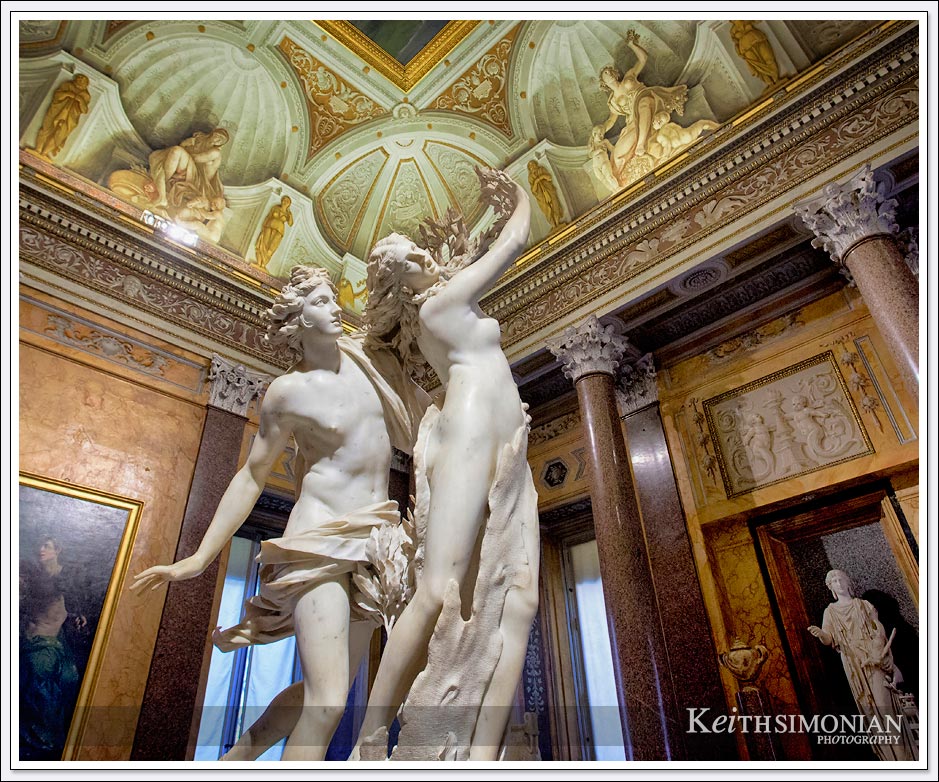 Yet another Bernini statue – Apollo and Daphne 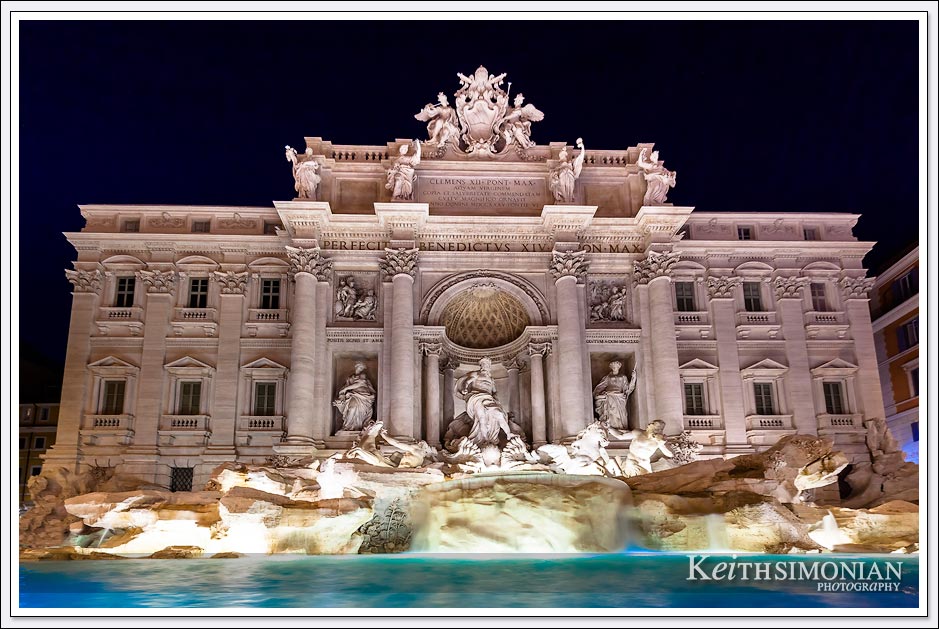 This night time view of the Trevi fountain is how you imagine your visit to one of the world’s most famous fountains will be. Not another tourist in sight, allowing you stand in dead center in front of this great art work taking in it’s beauty. 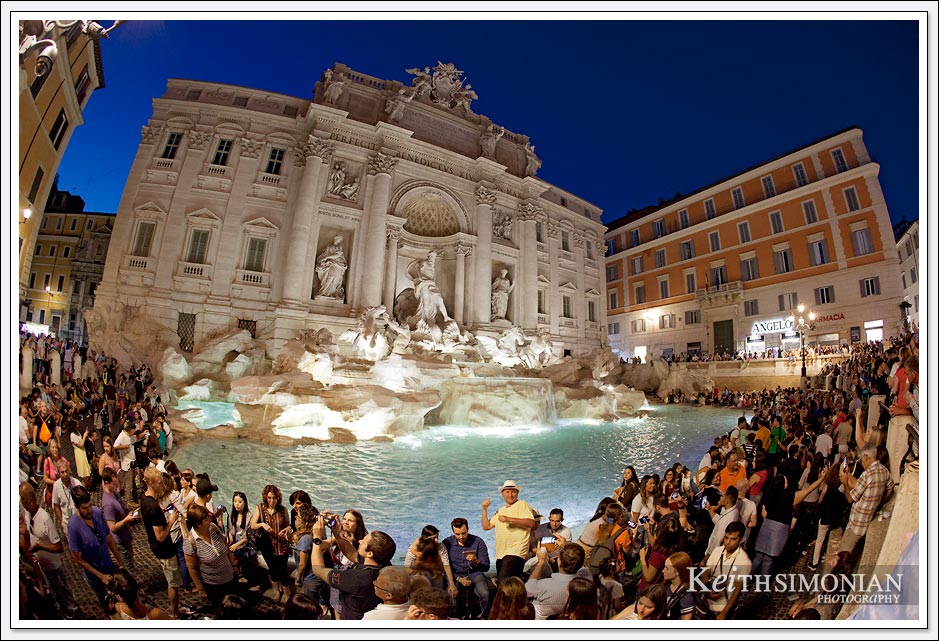 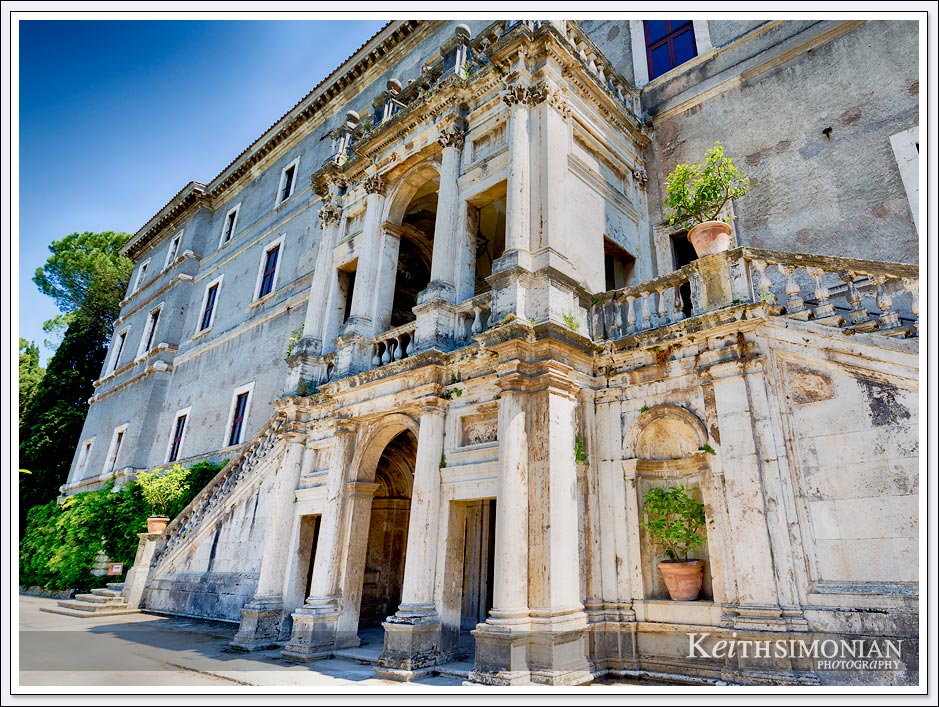 Not far from Rome is the Villa d’Este museum in Tivoli which is a UNESCO World Heritage Site. 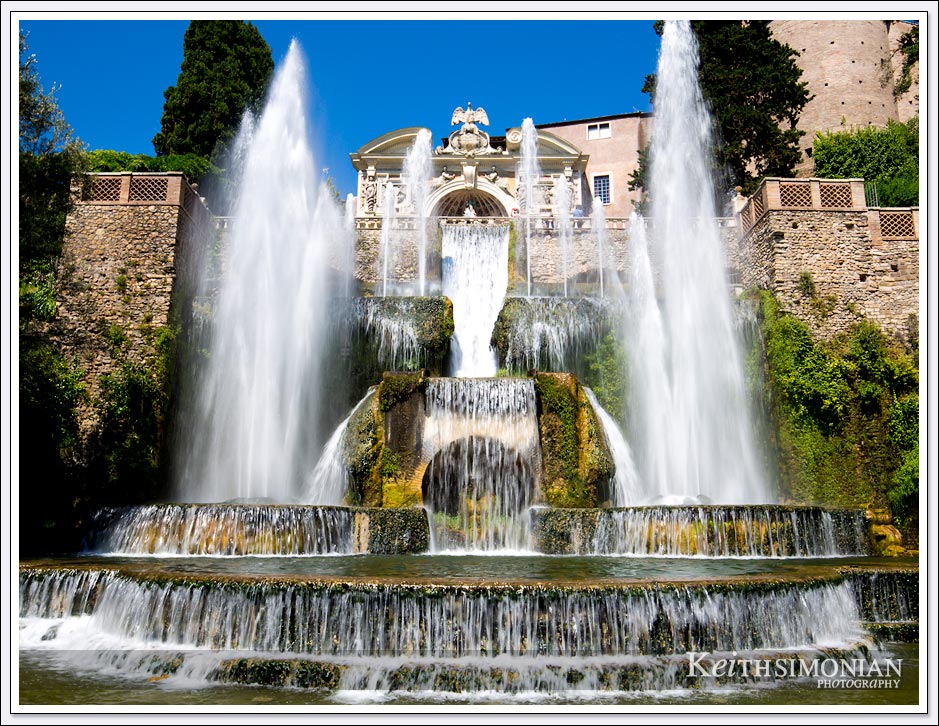 Besides the artwork inside the Villa there is the Jupiter fountain outside in the gardens. 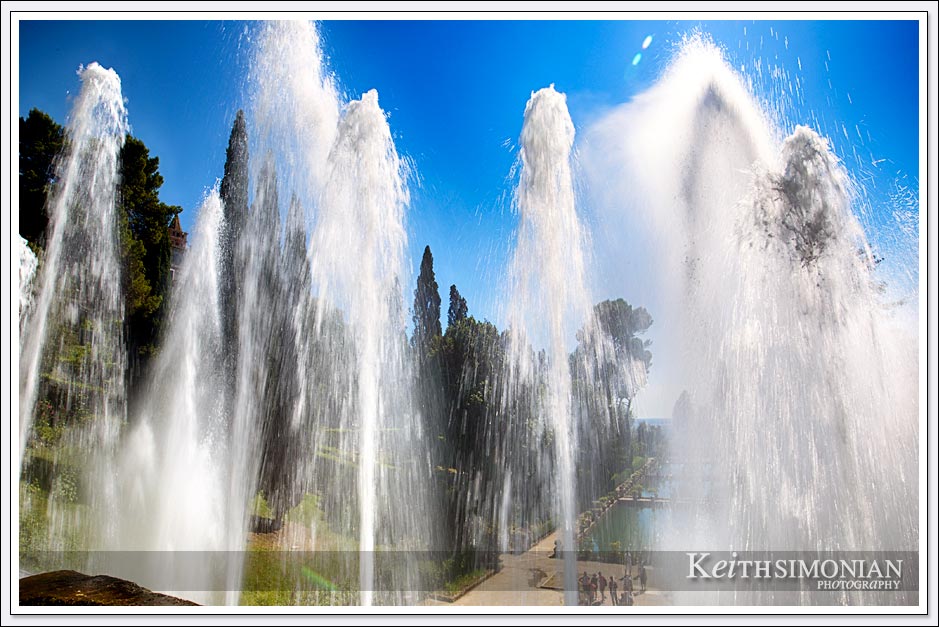 There is a pathway directly behind the Jupiter fountain where you can walk and get a close up view of the fountains and of the entire gardens. 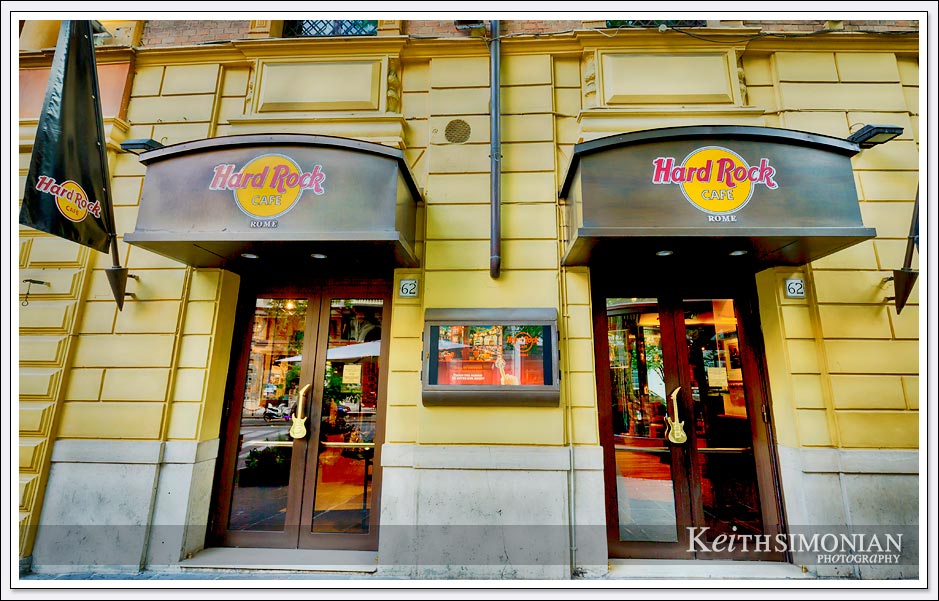 Why would you visit Rome Italy and eat at the Hard Rock Cafe? Because it’s three in the afternoon, you have been traveling and walking since 5 AM the day before. You are quite hungry. Your hotel’s restaurant doesn’t open until 5pm, and you want to eat something safe so the next day’s journey goes off without a hitch.