After a day at sea, the 13th day of the trip was spent in the port town of Le Havre France. For many on the ship, the port town would be where the bus picked them up on their day’s journey to Paris. Being that we were going to spend a couple days in Paris after the cruise, a long, long bus ride there so that we could look at the Eiffel tower for a few moments wasn’t in the cards. We would be exploring the town of Le Havre.

While the most famous church in town is the Eglise St-Joseph, the Cathedrale Notre-Dame provided the greatest photo taking opportunities. 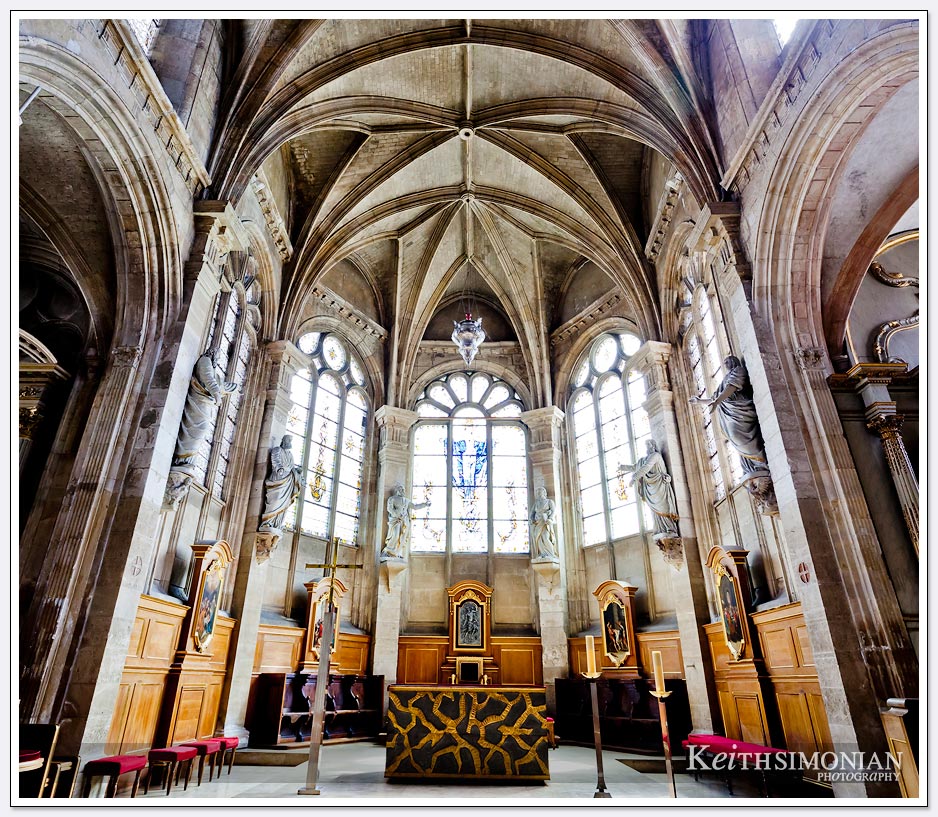 Le Havre is first and foremost a port town that cruise ships visit so their guest can go somewhere else. 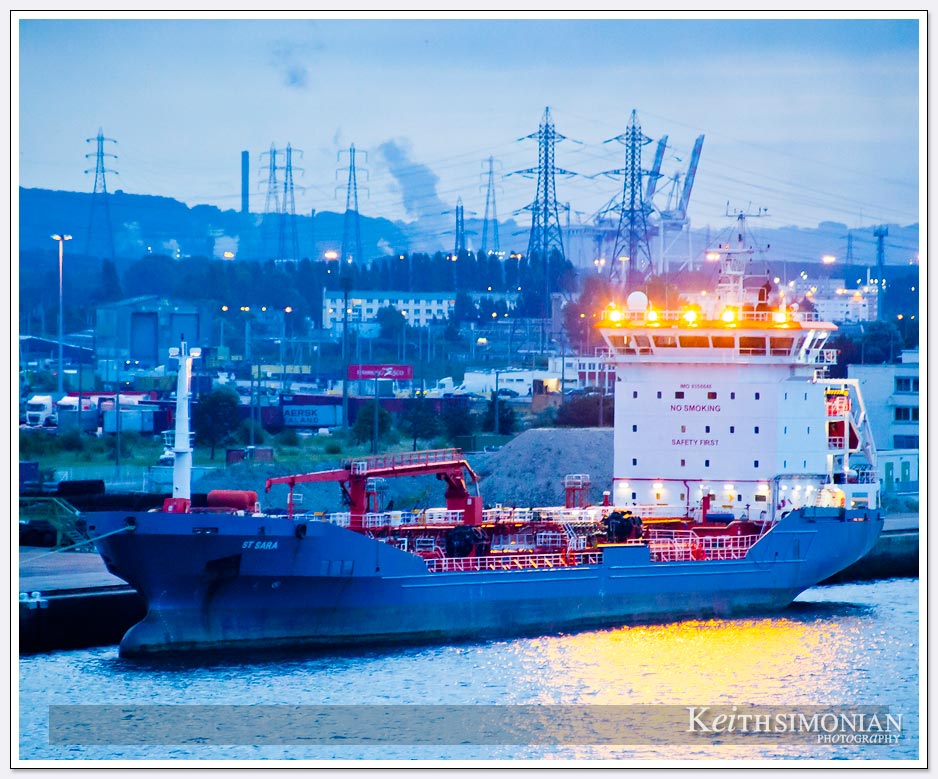 Just so you know, you are here. After looking at time stamps and previous photos along with Google Maps, I was able to determine “HERE” was the tourist direction sign in front of Pharmacie Deparis at 162 Rue de Paris in La Havre, France. 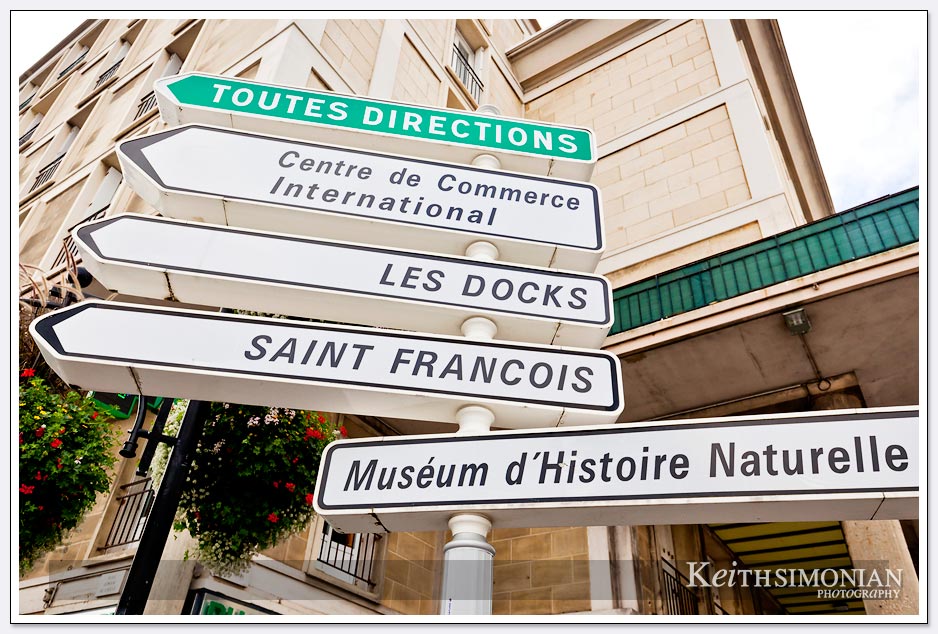 The interior of St. Joseph’s church. 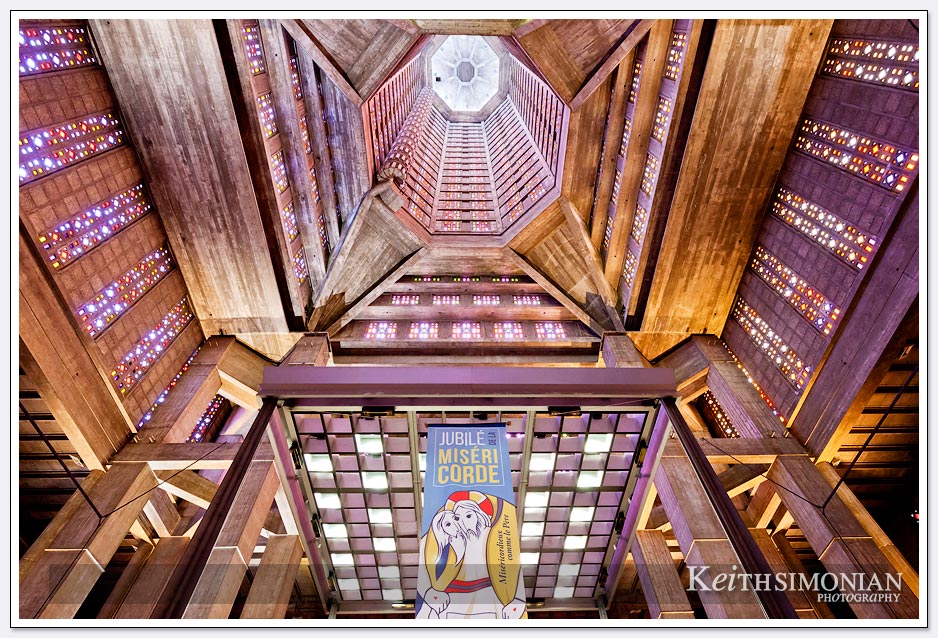 The arches of the Cathedral Notre-Dame that survived bombings during World War Two. 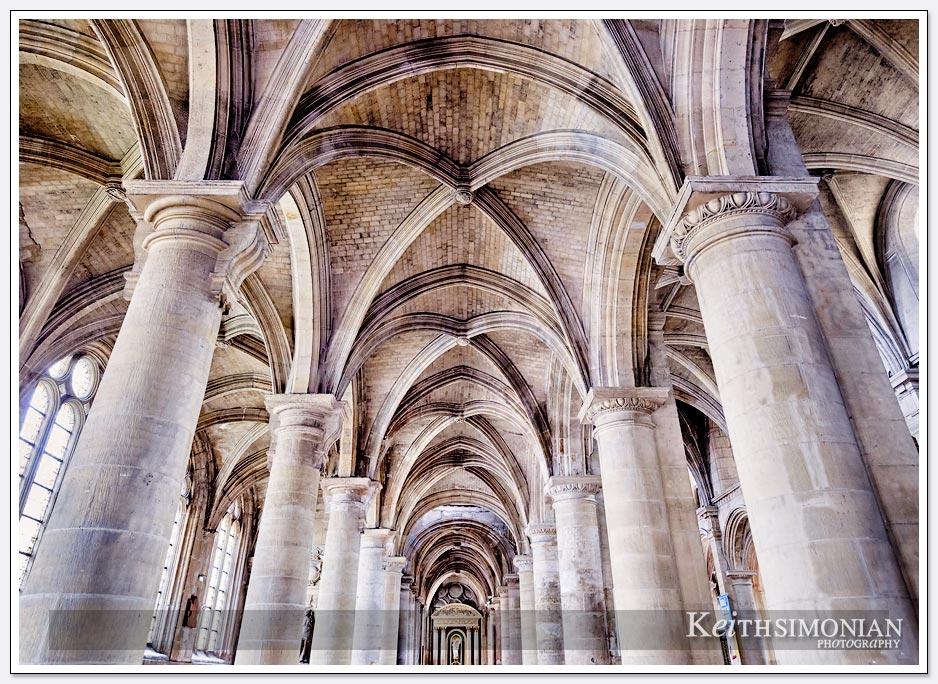 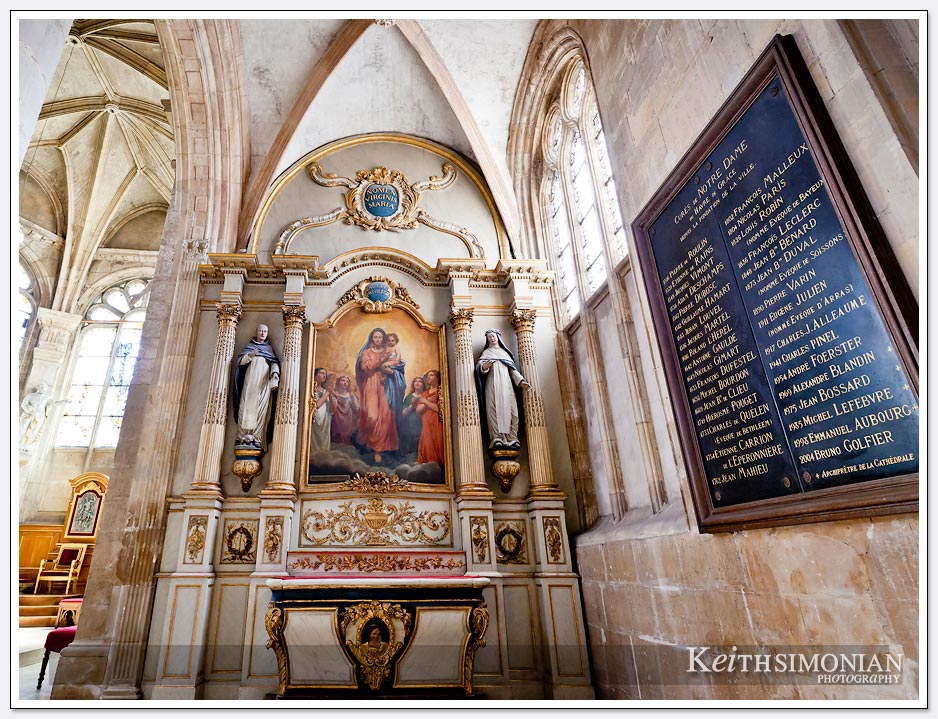 No Photoshop tricks, that is just how it looked. It certainly is an impressive steam. 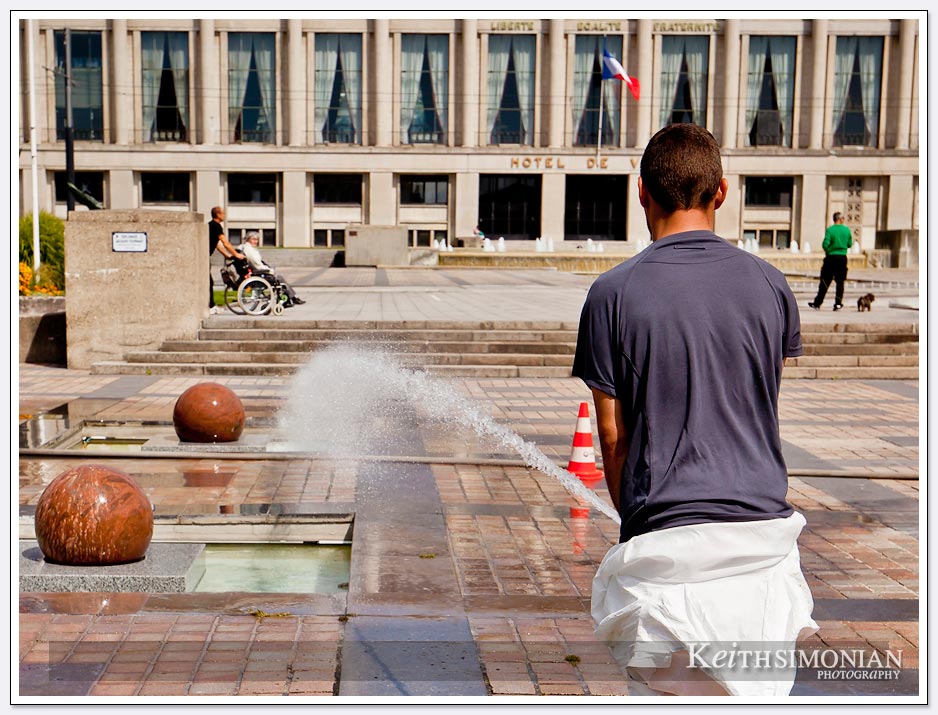 One can spot the true genius of a photographer if they are talented enough to include their reflection in a work of art. 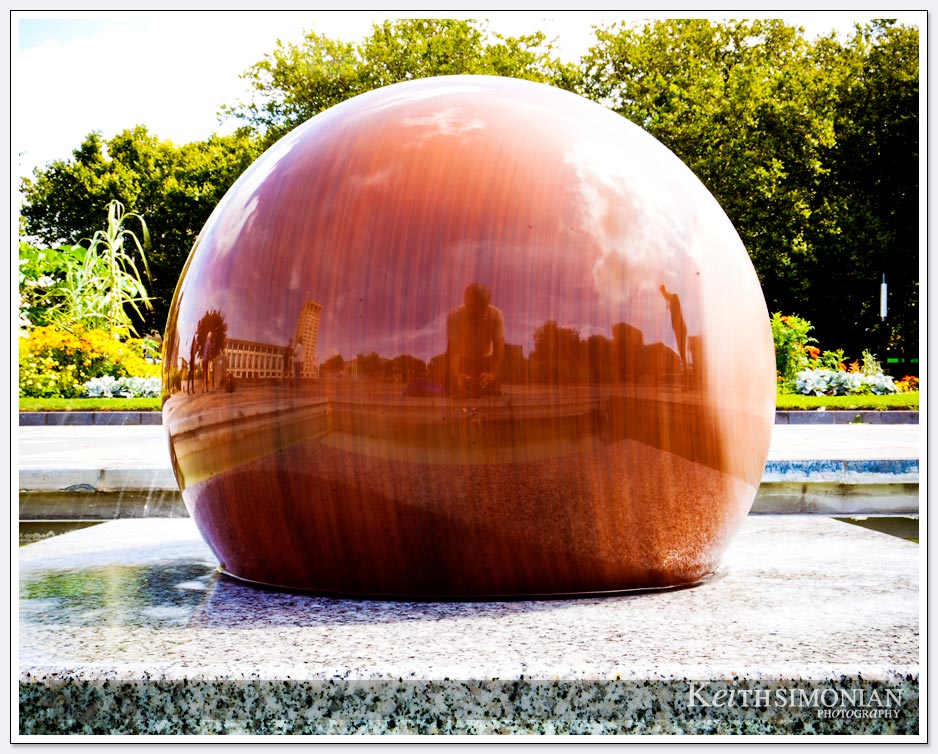 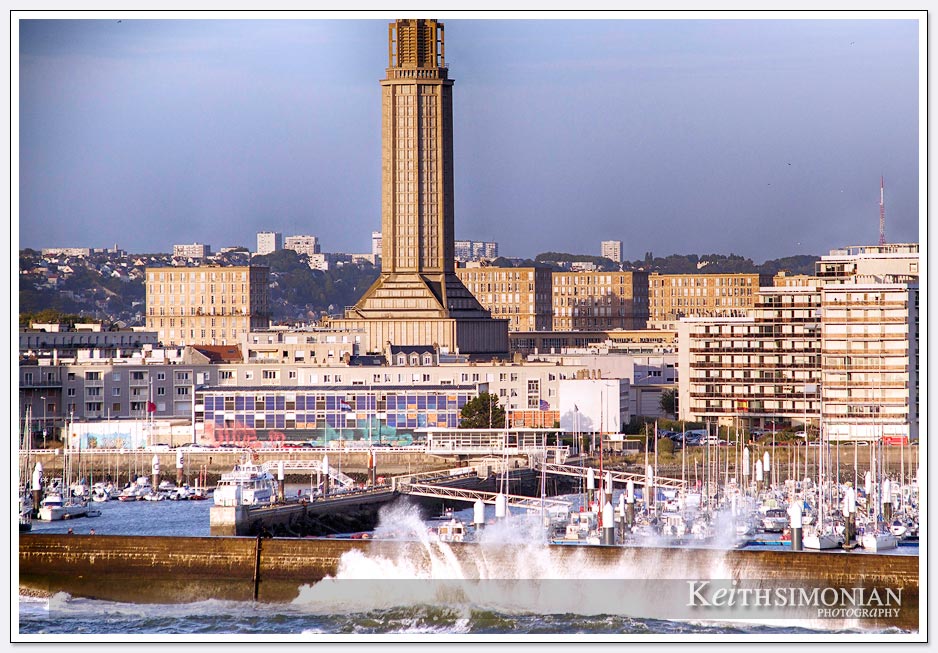 The work starts almost as soon as the ship is docked because the turn around time is only several hours before it back to sea. The early morning light gave a green tint to water in Southampton, England where we were docked. 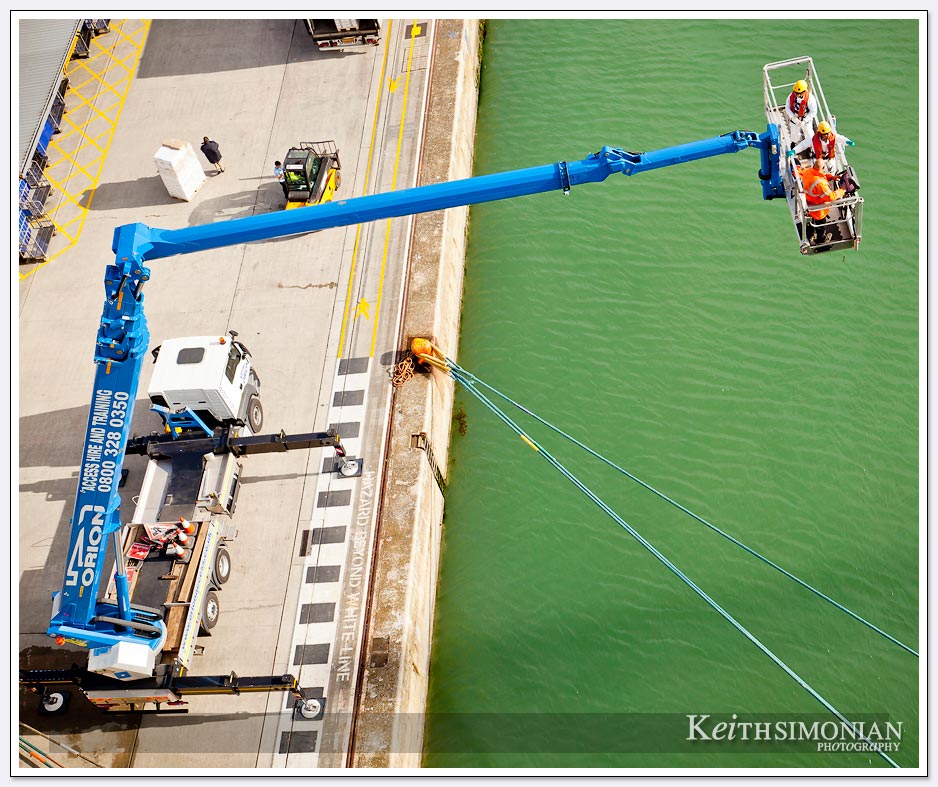